Last week, over 30 top Estonian product designers showed off their work at the London Design Week, going home with valuable business contacts and bursting of new inspiration. The Estonian pavilion at the 100% Design event at Earls Court was mainly directed to trade professionals, while the pop-up shop at the Hoxton Gallery at the popular East London design district gave opportunity to deal with the customers directly.

The 100% Design was the main event of the London Design Week, being the biggest and longest running contemporary design event in the UK with 30,000 visitors. The show had six main sections: International Pavilions, Emerging Brands, Interiors, Office, Kitchen & Bathrooms and Eco Design & Build. Estonian design was showcased at the International Pavilions section with nine other countries, among them China, Mexico and South Africa.

The organisers introduced Estonia as a “small but extremely creative country with one designer for every 800 residents” and reminded the visitors that James Bond’s legendary miniature Minox spy camera, Skype and TransferWise were all developed by Estonians.

Most of the Estonian designers had come to London themselves to present their work, change ideas, get feedback and look for business opportunities.

The Estonian pavilion was designed by Tarmo Piirimets, who had arranged the collection of eclectic items to create a cosy and inviting atmosphere. The main idea was not to put products on sterile sale counters. A vast array of items of different style and function came together, creating a living room experience: sofas and chairs were there to sit on, designer lamps to light the art on the walls, even the floor was custom made. Everywhere one looked, something witty caught the eye, and the designers were there to answer questions.

Textile designer Monika Järg presented her textile and carpet collection and was impressed by the quality of the event. “100% Design is a small and compact show, where participants are carefully selected. It doesn’t inspire to fill miles with displays and to be the biggest only for the sake of it,” she said. As the show was intended for trade professionals, Järg and the other designers got valuable contacts for cooperation with colleagues abroad and with prospective distributors.

Snakefloors designer Elmet Treier was very happy with the outcome and, in addition to prospects in the UK, he has started to negotiate with companies from Chile, Italy and Portugal. Treier jested that the show was a perfect place for industrial espionage as floor producers from other countries came to check out his original geometrical designs and enquired about the manufacturing process technologies.

Designer Andres Labi was introducing his Tie & Apron collection at the show. Interior designer Labi was quite surprised of the public’s growing interest in the two-in-one garment. He got the idea to connect a tie and an apron from friend’s birthday, got recognised for the idea by the Estonian Association of Designers on “Male Thing” competition last year, and soon enough the orders started coming in. The Tie & Apron collection was so popular at the 100% Design show that the designer’s favourite item got stolen from the display. Labi has patented the design principle to connect the tie and the apron in a garment to protect his business.

“It is quite difficult to market Estonian products. We have excellent ideas, which often don’t make it far,” Labi said about his experience, explaining it is hard for Estonian designers to focus promoting one business idea and find backing from investors. The same idea was echoed by other designers: “Estonian design is world class, but due to the history of the country, we lack the experience in marketing and the negotiating side of the business,” Monika Järg explained.

The Estonian pavilion stood next to more exotic exhibitor countries such as China, Mexico and South Africa. Estonian World enquired what would be the common ground of Estonian design to show off to the world as all represented designers have distinctive personal styles. Textile designer Monika Järg thought Estonians use a design language and colours close to the Scandinavian tradition, while south European countries are keen on more vibrant tones and warm shades. Andres Labi saw the connection in shapes: “Asia and southern countries love rounder shapes and flowing lines, everything is more square in the north. The beauty is in the eye of the beholder and the shape and colour is different in different corners of the world.” 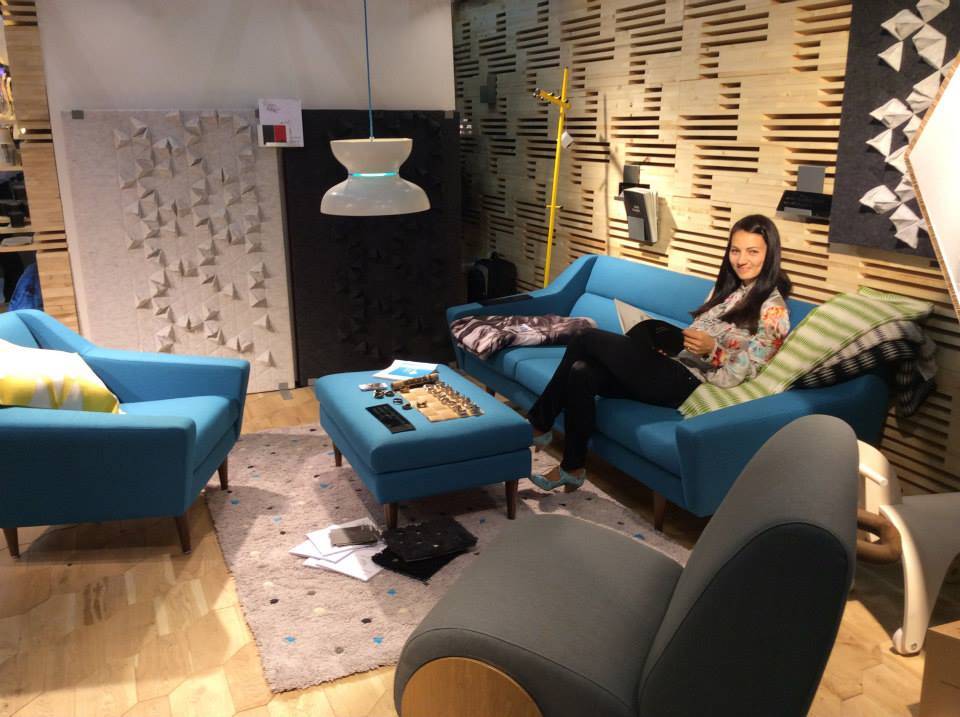 100% Design also showed emerging international trends. “The show has a vast array of different design directions represented this year. I would say it’s a trend to target more niche markets,” Järg noted. “The attention is on ecological materials and technologies,” Treier added.

Labi had noticed the emerged love for neo-vintage items. The Estonian OOT-OOT furniture studios sofa collection was a good example of the trend. The company’s UK representative, Avely Ahtma, said their vintage-flavoured Scandinavian looking furniture was well received in the UK and also got attention from distributors from Japan and the Netherlands.

A pop-up shop in a popular design district

While the 100% Design event was meant for trade professionals, the Estonian Design House’s temporary pop-up shop at the Hoxton Gallery showcased the best of the country’s contemporary design. The shop had a wide selection of fashion accessories, such as bags, shoes and jewellery and home-ware products, including furniture, lamps, textiles and ceramics. The Estonian Design House introduced the collection as “exciting contemporary Nordic designs, placing emphasis on stylist minimalism, the use of natural materials, ingenuity and humour”. The shop involved both established designers and first-timers, and attracted about 200 guests on its opening night. 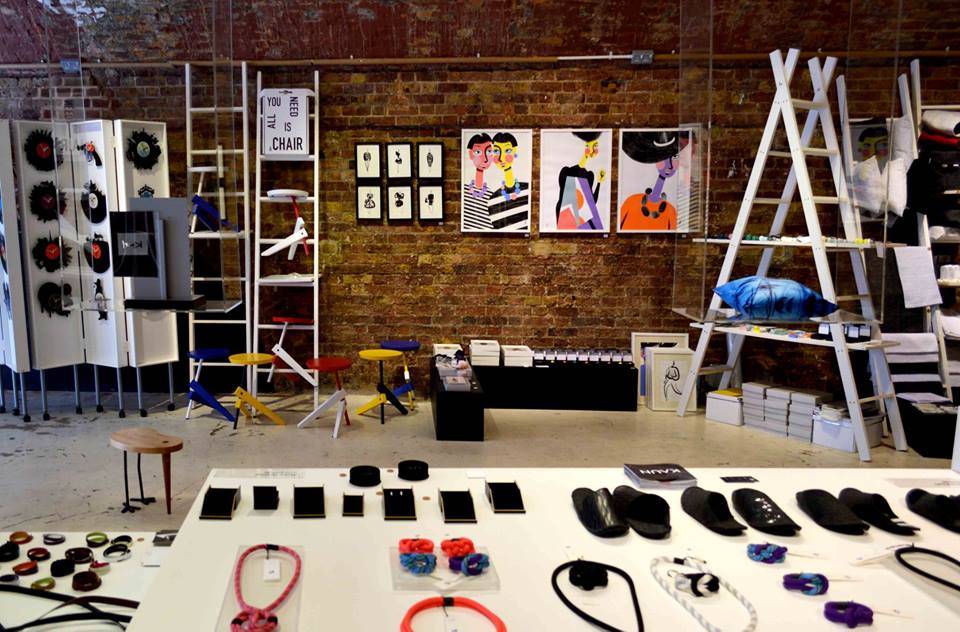 The owner of the food label, Hää Eesti Toit, Helmet Raja, was in London for the first time, representing Estonian packaging design. Raja has a successful tourist-oriented gourmet food boutique at Viru Street in Tallinn and doesn’t have any set plans for expanding yet. “We are just testing people’s reactions to the tastes here,” he said. At the same time he believes that well presented traditional foods would be a success abroad. “Over half of Estonia is covered with forest, which is a rare thing in the modern overcrowded world. Food coming from pure nature is truly special,” he added, presenting smoked moose-sausage, patés and a variety of preserves. 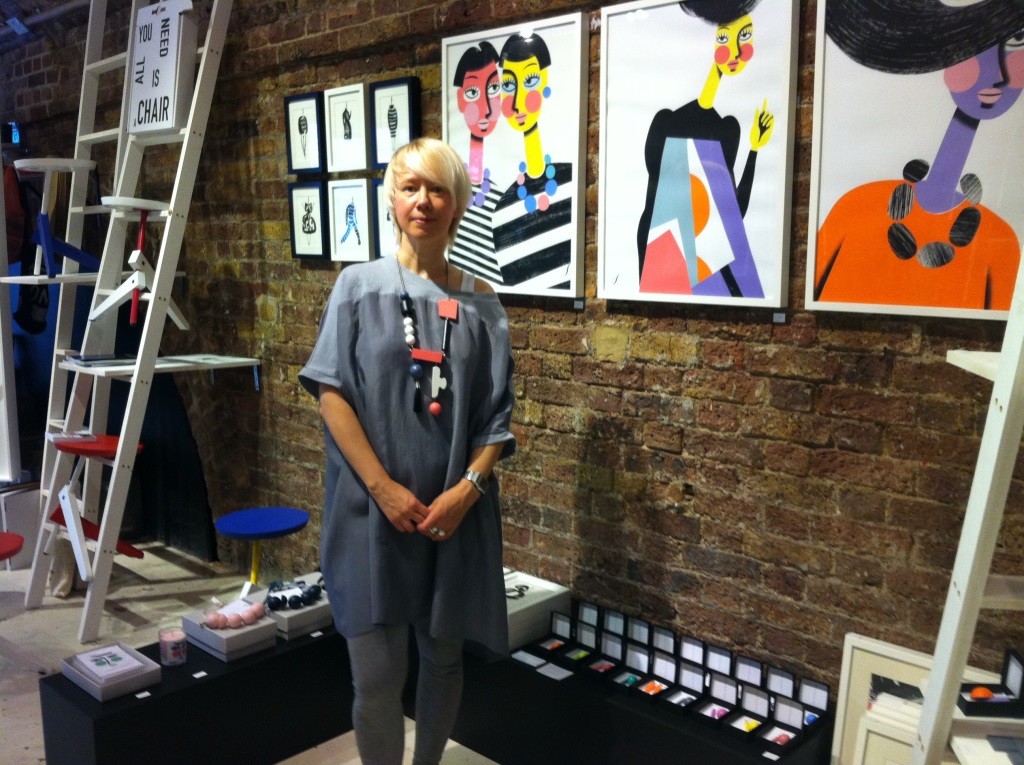 The fashion designer, Anu Samarüütel, was selling her art and jewellery at the shop. She has had her items available in London boutiques in the past, but she prefers rather representing herself personally and connecting with her customers. “I do make my things thinking of the receiver. The selling process is kind of a change of energies, which is very important for a designer,” she said.

Triin Kübar is a freelance journalist, based in London.