Pope Francis, the leader of the Catholic Church and the sovereign of the Vatican city state, became an e-resident of Estonia during his visit to the country.

Francis was presented with his own digital ID card by the Estonian president, Kersti Kaljulaid, during pope’s visit to Tallinn on 25 September.

Pope Francis is not the first high-profile world leader to become an e-resident. Previously, the Japanese prime minister, Shinzō Abe, and the German chancellor, Angela Merkel, have been given the Estonian e-residency. 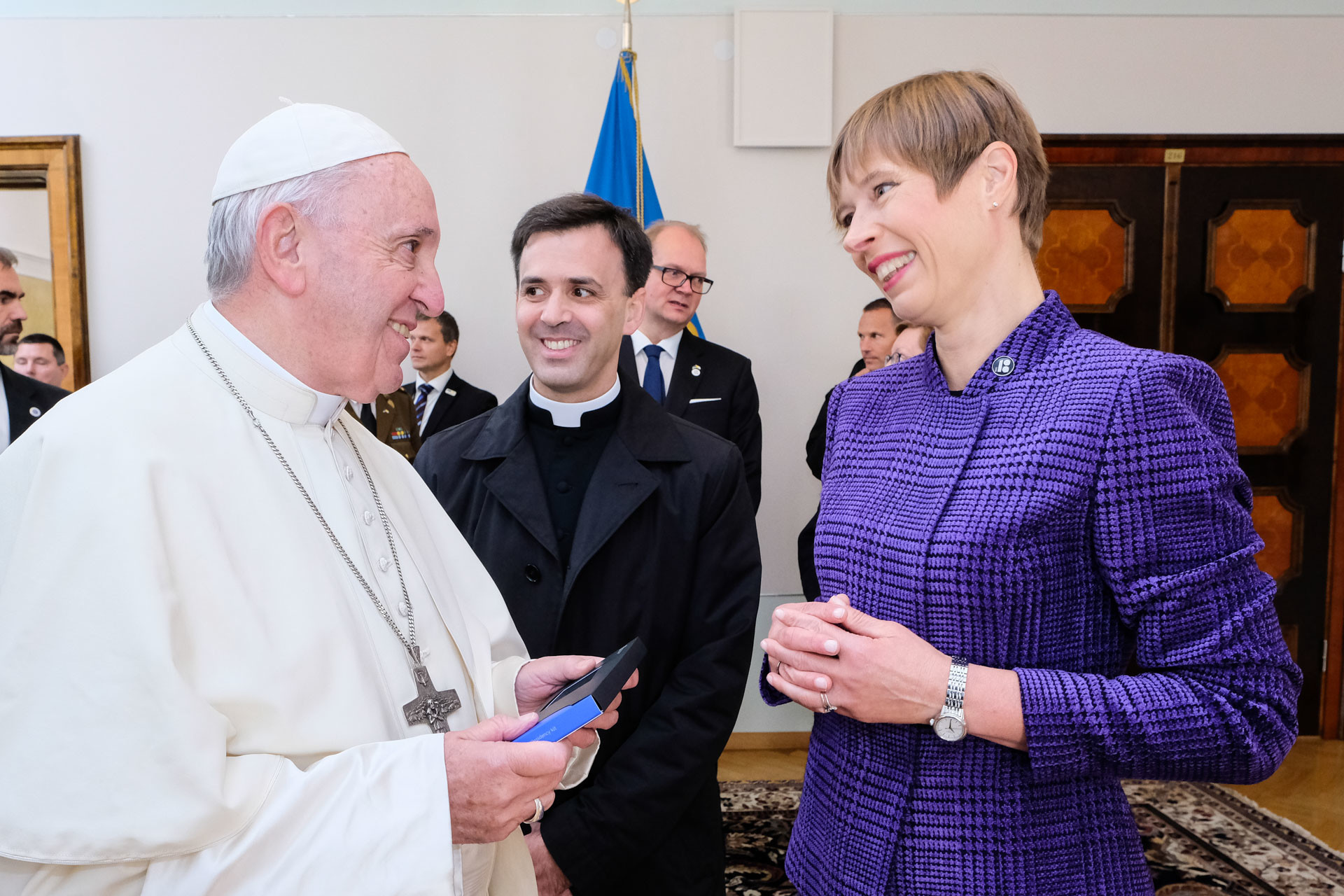 Estonia opened the e-residency programme for everyone in December 2014. E-residents get a state-issued, secure digital identify that allows digital authentication and the digital signing of documents. There are now almost 38,000 e-residents from 157 countries around the world.

Cover: Pope Francis presented with his own digital e-residency ID card by Estonian president, Kersti Kaljulaid, in Tallinn (photo by Mattias Tammet/Office of the President). Read also: Ten facts about pope Francis who is visiting Estonia.