Robbie Williams’ concert in Tallinn on 20 August to be filmed and screened across the world, forming a part of the new promotion campaign for Estonia. 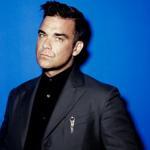 British pop group Take That had just released its debut single “Do What U Like” when Estonia restored its independence on 20 August 1991 after decades of Soviet occupation. The youngest member of the band, 17-year-old Robbie Williams, would have been unlikely to know much about Estonia at the time as the British school system didn’t pay much attention to the individual Soviet states. However, fast-forward 22 years and Mr Williams, by now among the most successful UK solo artists of all time, chooses Tallinn as the location for the only filmed performance of his current world tour, called “Take The Crown – Stadium Tour 2013”.

Robbie is the first major international performer to film his concert in Tallinn. How did it come to that? The powers of persuasion on Robbie Williams’ tour management to pick Tallinn were sustained by Estonian concert promoter Peeter Rebane on one hand and Enterprise Estonia (EAS) on the other.

While the promoters got Williams to give his only concert in the region since making his comeback — he won’t be performing in Stockholm or Helsinki, Vilnius or Riga, Moscow or St Petersburg — EAS had been working on a new strategy to promote Estonia for tourists and business people alike.

Martin Hirvoja, a board member of EAS, explains: “For example, instead of spending hundreds of thousands of euros to feature posters of Estonia at the London Underground, our new approach is to promote significant cultural and sporting events that take place in Estonia, as well as make sure that internationally famous Estonians are actually associated with the country.”

“Arvo Pärt is one of the most famous classical composers in the world, yet relatively few people know that he is from Estonia. Similarly, not that many people realise that Skype was developed in Estonia and that the country is one of the most wired-up in the world,“ Hirvoja adds. “With our new strategy we will try to get these messages through more agressively. Launching a joint project together with Robbie Williams is the first event within the new framework.“

Persuading Robbie Williams to film his concert at Tallinn Song Festival Grounds instead of Wembley Arena in London wasn’t obviously an easy task, but according to Peeter Rebane, it all came down to determined negotiating skills and the uniqueness of the place.

“After approaching the Williams’ management with the idea, I had to fly to London twice and once to L.A. Finally we got his tour manager to fly over to Tallinn and check out the Song Festival Grounds. Luckily for us, the sun also shone on that day,” Rebane says. “The tour manager looked around and liked the unique open-air venue on the picturesque seaside, especially after we explained to him the historical significance of the festival grounds, and the fact that the concert would take place on the day Estonia restored its independence. He rang to Robbie on the spot and shared his positive impressions with the star — and Robbie was in. After all, as the previous tour films had all been filmed in megacities, Tallinn as a small city by international standards provided something distinctively different,” Rebane says, sharing some insights.

Getting Robbie on board did come with a cost, of course. Enterprise Estonia will spend €300,000 promoting Estonian tourism through Robbie Williams. But Hirvoja argues that this money would be worth it. “€300,000 would otherwise been our budget to promote Estonia in the UK, for example. What we are getting here is that scenes of Estonia will be featured in the official DVD ‘Robbie Williams Live in Tallinn’, we got marketing space on the pop star’s Facebook page (with four million followers) and Twitter profiles as well as in his newsletters. We are also negotiating with various prominent TV channels and digital formats, such as iTunes, to feature the Tallinn concert. Last, but not least — Robbie’s show in Tallinn will be broadcast live into 700 cinemas around the world, including in Brazil, Hong Kong and Mexico — countries where we as a small country would otherwise not have resources to promote ourselves.”

So the bets are definitely high — EAS calculates that “Robbie Williams – Live In Tallinn” could reach over 30 million people around the world and place the country’s name in more hearts and souls than before.

“I have never been to Estonia and I am excited to film my brilliant show on the day of restoring Estonia’s independence,” said Williams himself via press statement.

Who is Robbie Williams?

Born in Stoke-on-Trent, England, on 13 February 1974. Aged 16 in 1990, his mother read an advertisement seeking members for a new boy band and suggested that he try out for the group. The group would be called Take That and in few years it’d become one of the most successful pop bands in Europe. Although one of the most popular members of the group, he is somewhat in the shadow of the band’s leader and main songwriter Gary Barlow. After getting into drinking and drug-taking habit, Robbie left Take That in 1995 and set out to become a solo artist instead. Adopting a more rugged image, he was introduced to a songwriter Guy Chambers and they formed a prolific songwriting team. After few false starts — and while his former bandmate Gary Barlow was still more successful in the charts — “Angels”, the fourth single taken from his debut album, stormed the UK charts and set a path for Robbie to become the most successful UK male solo artist of the 90s and noughties. In 2002, Williams signed a record-breaking £80 million contract with EMI, which still is the biggest record deal in the British history. However, despite his record company’s aggressive campaign and his success in Europe and Latin America, he has failed to crack the US market. Known for his charismatic stage persona, his live performances are a huge success. Announcing his World Tour for 2006, 1.6 million tickets were sold in a single day, entering his name in the Guinness World Records. To date, Williams has sold over 70 million records worldwide.

Robbie Williams, Live in Tallinn 20 August 2013. To find a cinema near you to see Tallinn and Robbie LIVE tomorrow, please check: http://distrify.com/films/6599-robbie-williams-take-the-crown-2013/showtime/map?fullscreen=true