Amsterdam-based de Jong set up Suitsupply in his dorm room when he was just 26, back in 2000. Since then, the company has expanded across the world and been given praise by the New York magazine, the GQ magazine and the Wall Street Journal, among others. In September, the company opened its first store in Tallinn’s fashionable and fast-developing Rotermann quarter. Estonian World caught up with de Jong to find out what motivates a global brand to set up a shop in Estonia. 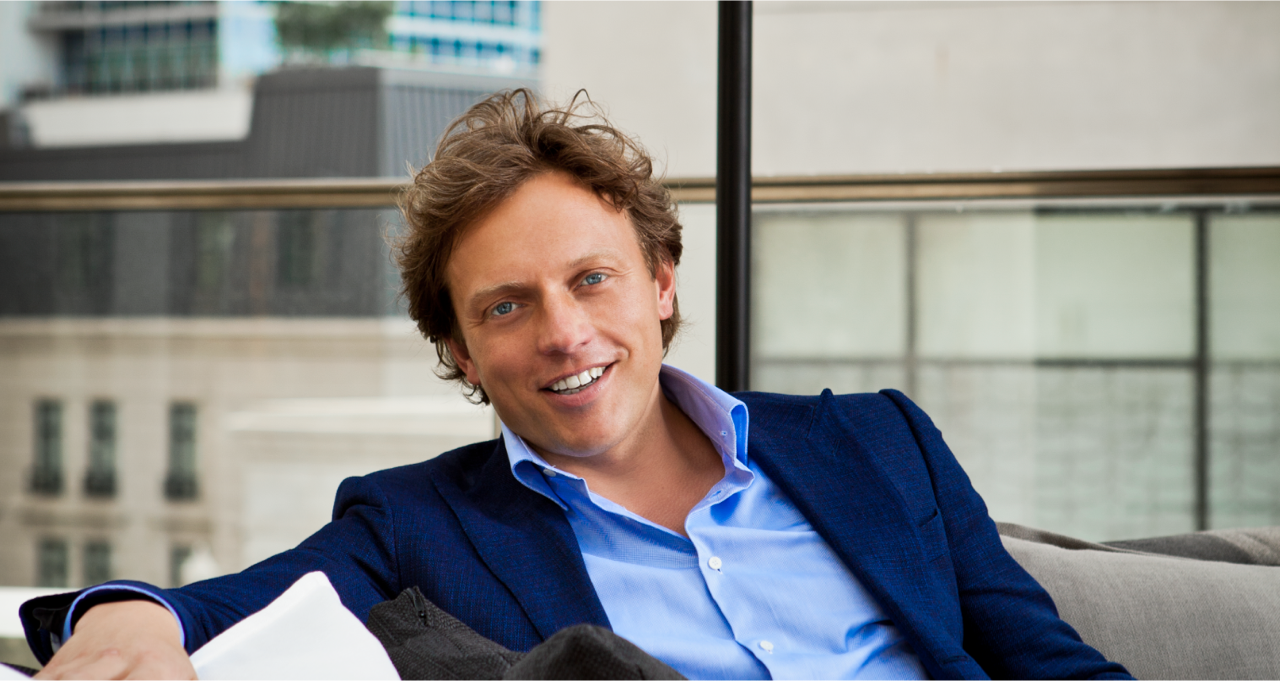 Suitsupply is expanding to Estonia – what are your expectations from this market? Was it an easy or difficult decision, considering the local market is relatively small?

The Estonian market is small, but you are very popular among tourists. From our perspective, the market is not that small. Tallinn has roughly 450,000 inhabitants, which is about the same as our home base Amsterdam [the Dutch capital has actually a population of 851,000 – editor] which is also not that big. We see Estonia as a strong market. We’ve seen good online business from this region, also from our stores in Vilnius and in Riga that are both performing well. Tallinn was performing well in our online business, so it was a very logical step to have a store here as well.

How much did you know about Estonia? Have you visited the country before?

I’ve been to Estonia twice, and the opening was my third time. I’ve been there in winter too, so I was looking forward to a better weather than the last time.

You launched Suitsupply at the age of 26 – what inspired you to start your own company and why men’s fashion, why suits?

When we launched our business around 16 years ago, online services were also starting to take shape around the same time. There was a lot of disruption due to verticalisation in the middle segment of the fashion market, but at the high-level, in the luxury segment, distribution was still very old-fashioned with people making nice suits, then selling them through agents to wholesale parties and department stores, so there were a lot of people in between. At the same time, direct sales to consumers, especially for high-end tailoring, were non-existent in the industry. I was a student, so I was on a budget, and I saw that there was a great opportunity to provide a high-end product for a more reasonable price point by going directly to consumers.

I understand that Suitsupply uses fabrics sourced from the historic Italian mills for its products. How do you manage to keep the suit prices reasonable?

Well that’s the essence of verticalisation. That’s one of the key things – there are no agents, no fashion fairs, there are very few steps between the product and the end consumer, so the distribution is much more efficient.

And with regards to our locations, instead of being in expensive high-traffic locations, we choose more creative environments with a lot of space. We attract customers with an active online presence, using social media, and word of mouth. Therefore, we don’t need to be in 5th-Avenue-type locations. All these things taken together – destination, location, direct to consumer approach, not spending huge amounts of money on advertising, but relying on social media, word of mouth and amplifying the social media – these elements combined allow us to have a different cost-based organisation as compared with the usual suspects in our industry. As a result, we can provide our product to the customer at a much more attractive price. 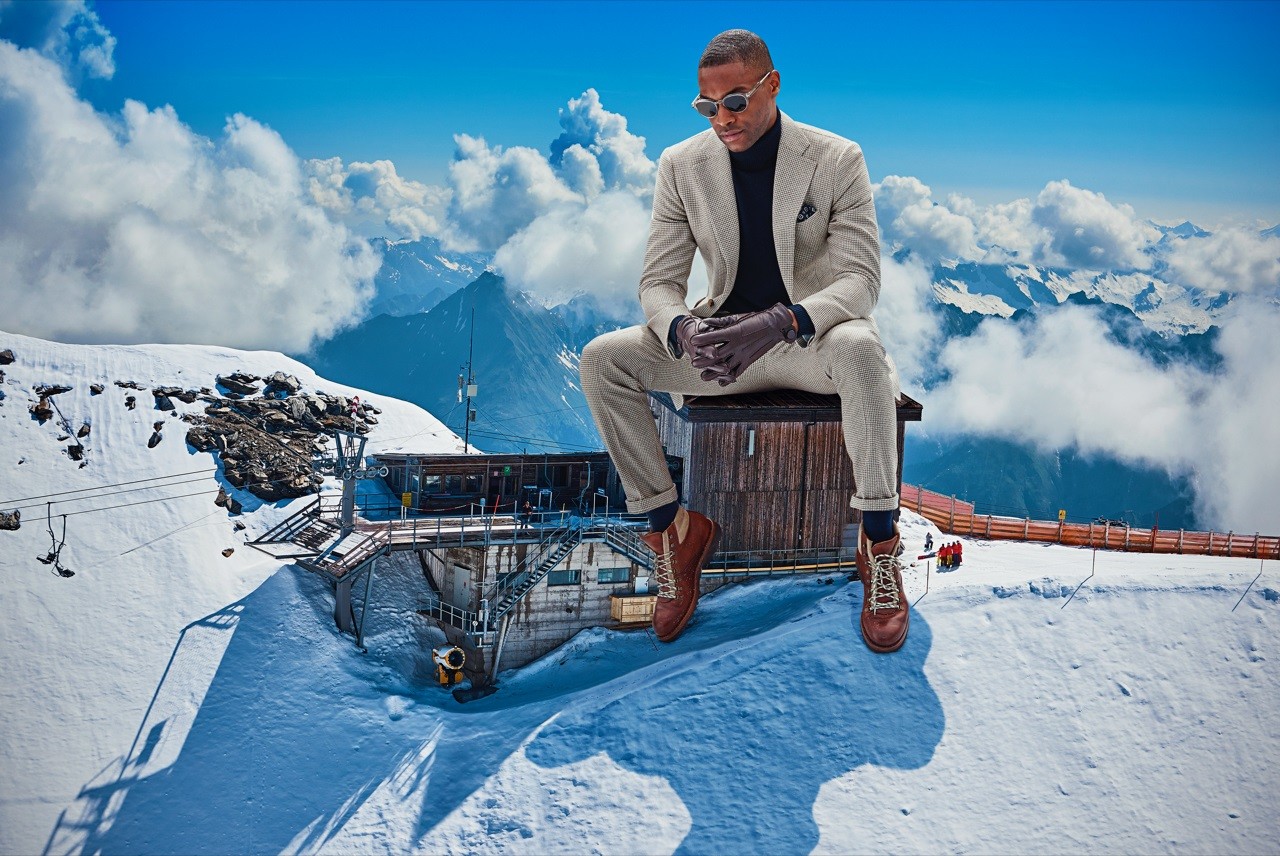 As you said, your stores are usually situated in unconventional locations. Do you have local scouts? How did you choose location for your Estonian store, for example?

We work with a team that provides us with information on locations and opportunities. In Tallinn, we had already been working in the same central area for a couple of years, and we liked it very much. The right deal came on the table, and the market was performing very strong as well, so the time was ripe for us to be there. We really liked the Rotermann quarter, which has been under development for some years already.

Suitsupply’s stores are also well designed and pretty colourful – do you have a generic formula in place regarding the designs or do you use local designers to add a special touch in each country?

We try to adapt to local colour by using and enhancing the architecture that’s already in place. For example, in Rotermann we have this great chimney, so we had an idea of putting something underneath, but at the end of the day, it was just too small. We do have our own team of architects who sometimes partner with local architects, especially on complicated projects, but we always aim to use the surroundings. We don’t fight against it because we want to have a nice environment.

Menswear trends tend to last longer and take time to evolve compared with women’s wear. What’s your take on the future of men’s fashion and men’s suits?

The general trend we see is that men are spending more time, effort and money on clothing. We are also seeing a more elegant trend. People are exposed to more imagery because of Pinterest, Facebook, Instagram etc. There’s also a more cosmopolitan kind of ideal of elegance distributed across a wider audience. As a result, people who are interested in those things get exposed to more examples of it. We think that these trends are only going to grow.

And it goes beyond just suits. We are in the business of tailoring, meaning everything that includes jackets. It could be a suit, but it could also be something more casual like wearing a jacket with jeans. It must have a good fit, and luxury materials are also relevant. That’s the case with elegance, and that’s where we are. And the whole men’s fashion industry is moving increasingly in that direction.

We already talked about the materials, but are your suits actually made in China?

The fabrics, raw materials, linings, buttons etc. are all from Italy. Some portions of the garments are produced in Europe, but we produce a big part in China. We have our own engineers and fitting specialists. We put a lot of time and effort into construction. The reason we have been recognised as the best suit company by a lot of magazines is that we offer a nicely fitting garment. It’s not only about the quality of the fabrics; it’s also about how the suit is constructed.

We don’t use industrialised techniques such as gluing the interior of a suit. We believe that a suit needs to have something that gives it structure, something on the inside that gives it form, and there are different ways of doing that. We use very thin layers of cotton enforced with horse hair. By using these different layers of horse hair and cotton on the inside of the suit, we create a skeleton that actually gives the suit its form. This means more work, more attention to detail. We do that in China with a very knowledgeable and highly trained workforce.

In that regard, we have been recognised as a Corporate Social Responsibility Leader by the Fair Ware Foundation that works with brands to verify and improve workplace conditions. So that’s something we’ve put a lot of time and effort in.

What are your expectations for Estonia in terms of turnover?

Based on the online results we have seen so far from this market, and that’s always a good reference point, we have expectations for very profitable business here. 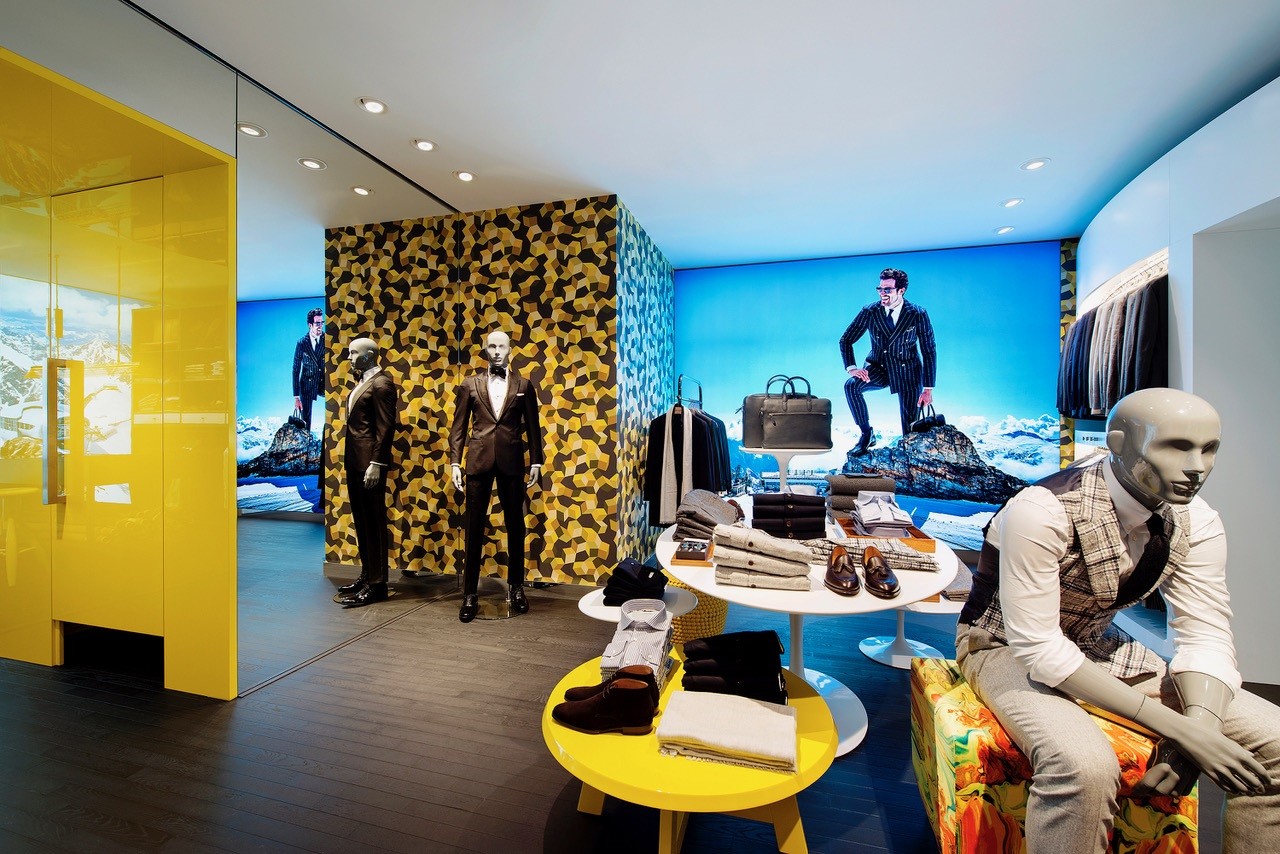 What would be your advice to someone in their twenties now who is considering starting their own business?

As an entrepreneur, your function is to do stuff, not to think about it too long. It’s not about making the best thought through business plan because that will change anyway. It is about having the agility and the grit to actually do stuff. So just get going and do something! You’ll probably not be perfect, but as long as you keep going with a straight goal in your mind, and taking it step by step, you’ll become a successful entrepreneur. I think sometimes people tend to overthink things.

Cover: Suitsupply is also known for its vibrant ad campaigns. All images courtesy of Suitsupply.

1 thought on “Suitsupply founder: We see Estonia as a strong market”