Back in January we were the first Estonian media channel to report that Tallinn was named as one of the seven most intelligent city communities in the world by the New York-based Intelligent Community Forum. June 07 is the day to find out whether it has become the most intelligent one.

Tallinners – and surely most of Estonians for that matter – have a reason to hold their breath when the world’s 2013 Intelligent Community of the Year award will be announced in New York on June 07. 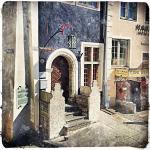 The Intelligent Community Forum (ICF) studies and promotes the best practices of the world’s intelligent communities as they adapt to the demands and seize the opportunities presented by information and communications technology. It is a non-profit organisation which consists of 100’s of cities and regions that have been designated as Intelligent Communities by ICF; and which participates in an ongoing global dialogue to strengthen local economies and help communities build prosperous economies, solve social problems and enrich local cultures.

The winner will be chosen by a global panel of academic leaders and private sector representatives, following a three-day summit – this year themed “Innovation and Jobs” and attended by Mike Lazaridis, the founder of RIM, the company that produces BlackBerry smartphones.

We caught up with John Jung, one of the co-founders of ICF, and we set up a conversation via Skype – the device which has played its own role for getting Tallinn on the list.

Jung, a Canada-based urban planner and architect, visited Tallinn in early April as part of the selection process. “To have been selected among the top seven from 100’s of applications is already a superb achievement, regardless of what happens,” he says to satisfy my curiosity about Tallinn’s chances to win. “But I can tell you this – I liked what I saw. Tallinn has got resilience, lots of drive and is clearly an innovative centre globally.”

The process started in October last year, when 119 out of about 400 ICF member cities, Tallinn among them, submitted their applications. “From there on, an army of consultants and analysts conduct a robust analysis to check whether the provided data is correct, on paper as well as on the spot. Numbers on a datasheet are one thing, but a real passion on the another,” Jung explains. Out of 119, 21 were selected out first, followed by final top 7 in January.

ICF has set five main criteria under which they look at the intelligent cities:

The purpose of John Jung’s visit to Tallinn was to evaluate how well these requirements have been met by the community in the ICF context. “As for the infrastructure, we see the intelligent cities as part of what we call “broadband economy” – it is not our task or objective to count potholes,” he responds to my intriguing question about the quality of roads in Tallinn. “EstWin (EstWin is a collaborative project undertaken to make 100 Mbit/s wideband internet accessible to every citizen of Estonia by 2015 – Editor) is executing a great expansion into next generation of broadband, including rural areas outside Tallinn, a great advantage for Estonia. There is a great connectivity everywhere, WiFi – a lot of it for free. And now the city also provides transport for free. I was floored for that – I didn’t even know this!”

According to Jung, Tallinn is doing very well in education and innovation. “I visited Tehnopol,  IT-college, Tallinn University of Technology, ICT demo centre, Garage48 tech start-up hub, NATO Cyber Defence Centre of Excellence. I was looking how the educational solutions among the community have been applied and how widely. I can conclude that Tallinn is an early adaptor. Making transactions over the smartphones is all part of that, for example,” he explains. “There’s also plenty of positive vibe around, Garage48 being a good example. The city is clearly supportive of start-ups.” 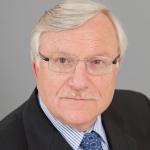 Jung claims that one of the reasons why Tallinn is recognised as an intelligent community in the first place is because it is digitally inclusive. “For example, Skype’s all about digital inclusion. Anyone can use it – heck, it was for free. More recently, it has been made possible for locals to pay for parking using their smartphones and near field communication (NFC) technology. In other words, Tallinn’s public services are wired and that’s a prime example of digital inclusion,” Jung explains.

Finally, advocacy and marketing.“That is Tallinn’s weakest point so far – but to be fair, most of the cities tend to have the same issue. You need to do more to market and let the world know what’s happening. It will bring more investment in and will also make local people more happy – everyone wants to live in a good place,” Jung advises. “For example, I was impressed by the EstWin project – you should really bang on about it for the outside world!”

Jung, who during his visit also met the Mayor of Tallinn, who is currently preparing for local elections in the fall, evades my questions about politics. “We don’t take into consideration the local politics – I’m not here to do that. I have a passion for cities and I would like to see the world becoming a better place. We have been running the ICF for 12 years and built a good reputation. It is our hobby, as it’s free, but we’ve got a pleasure out of feeling that our ideas have been put into use. But in two days we also talked with as many people as possible. Everyone I spoke to, were very proud of the city and no one complained about local politicians. Every city has got potholes and problems, no city are perfect. Sure, new initiatives could use more financial support, but the passion and collaboration is definitely there,” is Jung resolute.

The Intelligent Community of the Year award has been given to 13 cities so far, closest to Tallinn being Stockholm, Sweden in 2009. This year there’s just another European city among the seven competing for the glory – Oulu from our neighbouring Finland.