Estonian World´s latest Artist of the week is UK based stage director Liisa Smith. Liisa left Estonia about 10 years ago, to study performance arts in England. After finishing her MA in Text and Performance (Drama), specialising in Directing at the King´s College and RADA (The Royal Academy of Dramatic Art), both in London, she embarked on a career as a stage director. 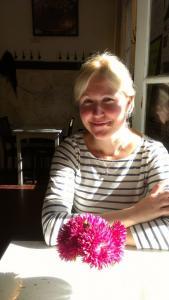 To date, Liisa has directed 13 plays, including 2 in Estonia. Her latest, The Beauty Queen of Leenane by Irish playwright Martin McDonagh, was staged at the Abbey Theatre in St Albans, an affluent city north of London.

As a member of the Estonian diaspora in London, I come across to educated and successful Estonians making their way in the UK more often than ever before. I first heard about Liisa Smith while ago, probably in connection with Sofi Oksanen’s “Purge”, which Liisa directed for the Vanemuine theatre in Estonia.

I met Liisa briefly for the first time at the London launch of Arvo Pärt´s book „In conversation with Arvo Pärt“, and it was interesting to hear that Liisa had used his music many times for her plays, especially Spiegel Im Spiegel.

We caught up recently, to talk about her current play and theatre generally.

The Beauty Queen of Leenane is a highly rated black comedy by Irish playwright Martin McDonagh, which has won many awards over the years. What influenced you in choosing to stage this story?

The play of “The Beauty Queen of Leenane” has been close to my heart for many years. I analysed it among many others for my final BA project at the university, and my tutor told me at the time that I should definitely direct it for stage in future. Although my former tutor isn’t unfortunately with us anymore, I finally had a chance to keep my promise to her, when I was invited to direct the play for the Abbey Theatre in St Albans for their 2012/13 season. Actually, there were other candidates to stage it, including some very experienced stage directors. But I guess that my enthusiasm for McDonagh’s plays generally won the hearts and minds of the managers at the Abbey. Their decision was a bit like an early Christmas present for me!

There are many reasons why I regard this play so highly: I like the blend of “tarantinoesque” style, black humour and psychological realism, as well as a somewhat typical Irish melancholy that permeats the play. The Beauty Queen of Leenane is grotesque, yet humane play. Years ago, when I was still a theatre student, I used to think that the narrative of Leenane is a bit over the top and too provocative – yet a conversation with an Irish priest who lives on the west coast of Ireland (where the story is set), convinced me otherwise.

It’s also fantastically clever play, where every puzzle of the story finds its solution in the end. Professionally, it has been a big challenge and lesson, and great experience at the same time for me.

Has the public reception and feedback been positive?

The Beauty Queen of Leenane was received very positively by the local media and audiences’ alike, local BBC radio station also reported about it. The management of the theatre regarded it as one of their most successful in last couple of years, as most of the tickets were sold out quickly, and in fact many people were placed in a queue for tickets, in case someone would cancel.

For the creative team behind the play, it was fantastic, because obviously it´s great to be on a stage with the play, which is liked by the audience and critics.

Local newspaper described the play as such: “From time to time, a must-see production comes to the local stage – and The Beauty Queen of Leenane is just such a one. The current production by the Company of Ten at the Abbey Theatre Studio in St Albans is the drama company at its best as an appreciative audience demonstrated on Saturday night. Even if Martin McDonagh’s black comedy is not to your taste, you could not but admire the quality of the acting, the atmospheric set and the excellent direction by Liisa Smith who clearly has a strong affection for the play and brings out all the nuances of the language.” (EW) 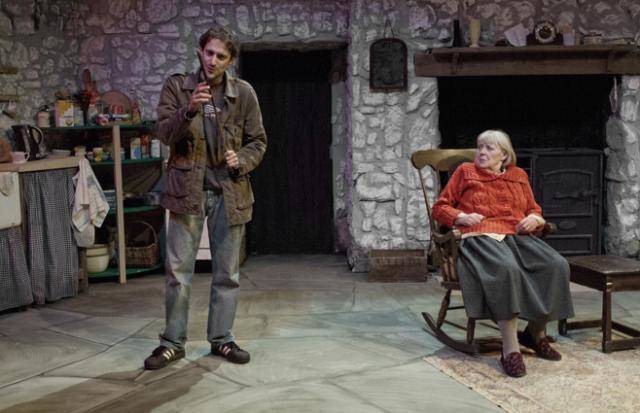 How do you generally choose your plays – what inspires you? And how does this business generally work in the UK – are the theatres choosing the director, or is it other way around?

In the UK, just like in Estonia, the theatres generally propose to a stage director to work on a play together. The main difference is that unlike in Estonia, theatres here are mainly project-based, rather than repertory, and hence they don’t employ producers and directors on a permanent basis. The large theatres do have lists of so called “associated artists” – producers, directors and actors whom they have worked with before, and whom they would like to work with again. It’s useful to have an agent to negotiate and arrange the best working relationship with theatres – on behalf of directors and actors.

When I started to direct plays in England just after finishing my school here, I started as a freelancer, coordinating everything myself – from finding a play and the theatre for staging it, producing and arranging the finance, and organising a creative team behind. It’s not an easy way, but it does teach you how to manage your affairs independently in the world of theatre. The fact that I studied at the RADA (The Royal Academy of Dramatic Art), was helpful, as it’s generally regarded as one of the most prestigious drama schools in the world. People in the industry know that one can expect a certain assurance from the RADA alumni.

A lot comes down to active networking. Gradually, I made contacts with various theatres, set designers, composers, and actors. Through experience I have now achieved a position where I am able to combine the team behind a play from the people I have already worked with before. There are now theatres, who want to work with me, and people who want to collaborate in future – it’s a great feeling and compliment, but not the one which has come to me easily.

I normally base my choice of plays on a certain emotion – inner voice, heart and intuition, if you like. Potential repertoire either causes some resonance within my mind and soul, or not. I read lots of theatrical texts and also observe other plays a lot – because there’s always something new to learn. There are many plays that I would like to direct, but I feel that I still lack some experience and maturity at this stage of my life – there’s a time and place for everything. At the moment I carry 2-3 plays on my mind, which I would like to direct, and I’m looking forward to it. I have always put a great emphasis on the importance of every new play being another stepping stone in my career, i.e. it would have to provide me with a new challenge and advance me professionally, as well as personally. I believe that I would have to be personally passionate about every new play that I’m directing, otherwise the result would be mediocre, and the audiences disappointed.

Is there a certain pursuing theme or philosophy in your plays, which occurs from time to time again? 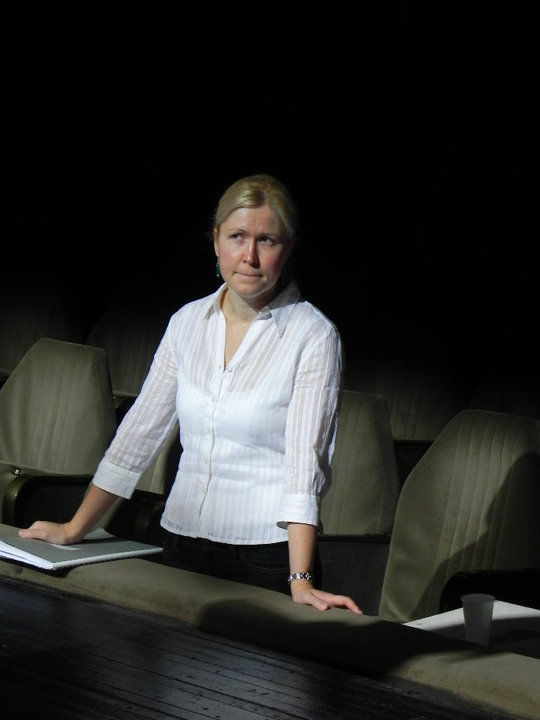 I’m not convinced whether I could call it so, but perhaps issues of humanity and psychological realism are the occurring themes. It is important to me that the story would fit within the context of today’s time and space. The theme has to be relevant to me and I would have to know exactly why I want to direct it. It would have to get a message across.

Most of the plays that I have directed so far, are actually quite dark in their theme, or deal with very complicated issues, but I have always tried to find a positive note for a balancing act– the real life is not black and white either.

An Estonian actor once told me that I’m very truthful and straightforward stage director. Perhaps this straightforward approach and honesty – for me, actors, and plays – represents my characteristic style.

You are probably one of the very few Estonian stage directors working internationally – at least in the UK. Traditionally in Britain, with its Shakespearean traditions, the writer remains king, rather than the director which is more often the case in Europe and beyond. What’s your approach on this – are you more influenced by the more modern European or more conservative British school of theatre, and which one do you follow?

I am a fairly conservative – I gravitate toward plays, which transmit the psychological message clearly, and which have a beginning and end (although the end could be left open for explanation). So in a sense I am an offspring of English theatre system.

Saying that, before I moved to England, I went to theatre a lot in Estonia – and such contemporary Estonian stage directors like Elmo Nüganen, Jaanus Rohumaa, and Madis Kalmet also had an influence on me. I find the abstract plays very exciting, but I just wouldn’t normally start using the same methods in my work. But you could say that my style is a symbiosis of influences from the theatre of Estonia on one hand, and what I learned and experienced in England on the other.

Do you have any professional connection with Estonian theatres at all?

Yes, I have directed couple of plays in Estonia – Bill Roche´s “Poor Beast In The Rain” in 2008, and “Purge” by Sofi Oksanen in 2010, both of them at the Vanemuine Theatre in Tartu. I would also be interested in working in Estonia again – being a freelancer, I am open to new opportunities both in and outside of Britain, even though the majority of my directing work continues to be in the UK

What are your future plans?

As a freelance director, I have to work hard to get the ball rolling for new projects. I have 2-3 plays on my mind, which I´d like to direct. I hope to stage one in London in mid-2013, but it’s too early to go into detail.

(performed by invitation at the Finnish National Theatre in  Helsinki, Oulu City Theatre and Turku City Theatre           in 2011; toured Estonia in September 2011; runs in current repertoire for the third season)