Ana Silvera is a contemporary alternative London born singer-songwriter, known for the intense poeticism of her lyrics, her classical piano style and her work with choirs. She is operatically trained, and appeared with the English National Opera and also at the Royal Opera House when she was a teenager, and studied at the Guildhall School of Music and Drama. She recently collaborated with the Estonian Broadcasting Corporation Girls’ Choir and Grammy winner Imogen Heap – with successful live performances in London and Newcastle, UK.

Constantly exploring various styles of music – singing in European jazz clubs, recording a brooding cover of the hit ‘Rosanna’ by 80’s band ‘Toto’, and performing Britney Spears’ Womanizer’ in her live set – Ana continually adapts in her own way, all she is made curious by. Bjork, Fever Ray and Gillian Welch are particular current inspirations. Ana Silvera’s writing often relates to fairy and folklore, or writes through personas, sometimes historical or fictional. Her recent song cycle, “Oracles”, was based on the ‘traditional arc of a fairytale’. Accordingly, her lyrics are quite literary in style, and she is therefore included in the new clutch of singers who cite literary sources and classical styles of playing as their primary reference points. She has also written a song inspired by the life of Coco Chanel called ‘Notes from an Opera’.

While again exploring a new musical field with a 7 part song cycle entitled “Oracles” with London’s Roundhouse Experimental Choir in 2011, her friend came across to Estonian Broadcasting Corporation Girls’ Choir by chance – the latter was giving a concert in a small village church in France. When her friend spread the word and suggested Ana to listen to the choir, she gave it a go and was mesmerised by what she heard. Since she had been interested in folklore music for a while, Ana came up with an idea to work with the choir together. ”There seemed to be something really special and magical about it”, says Ana herself.

Subsequently, Ana was invited back to the main stage of the London’s Roundhouse for their 2012 Reverb Festival in February, under special commission to create a new piece for herself and the Estonian Television Girls’ Choir, conducted by Aarne Saluveer. This piece, entitled ‘Step Onto The Ground, Dear Brother’, co-created with electronic experimentalist Max de Wardener and Estonian composer Elo Masing, was performed at the Roundhouse and the Sage Gateshead in Newcastle (UK) to a very warm and enthusiastic welcome. Ana shared the bill with Imogen Heap and Estonian Television Girls’ Choir for both of these dates. She has got a great respect for Estonian folklore and classical music, especially for Arvo Part and Veljo Tormis, and has visited the country four times so far. 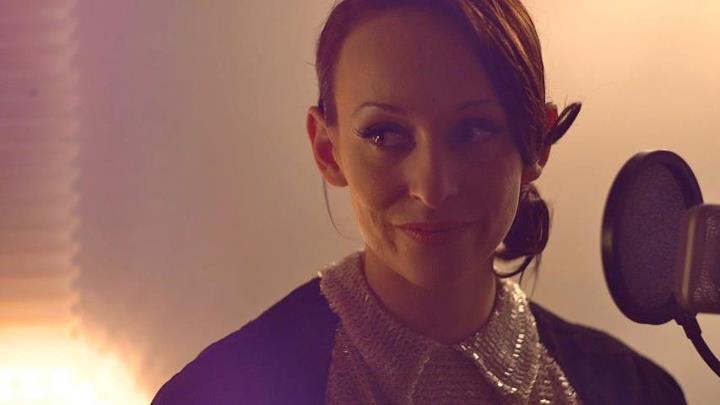 Ana recently released her debut album, called ‘The Aviary’. Drawing on a love of story-telling and for the folk music she grew up with, Ana sings of deeply personal experiences alongside mythical and historical tales of romance and tragedy. Drama, complexity, exuberance, life, death – they’re all here in the complex melodies and heart-warming, sometimes bone-chilling lyrics of this debut. The songs equally reflect on Ana’s own eventful life for inspiration. British newspaper The Guardian gave its verdict thus: “Gorgeous…a stunning album that mixes operatic and folk elements with magical storytelling”.

The Aviary is out now: anasilvera.bandcamp.com