A new exhibition opened at the National Gallery of Art in Washington, DC, is to celebrate Michel Sittow, an Estonian master of the early Netherlandish art.

Considered Estonia’s greatest renaissance artist, Sittow (c. 1469–1525) was sought after by the renowned European courts of his day, including those of King Ferdinand of Aragón and Queen Isabella of Castile, Philip the Handsome, Margaret of Austria and Christian II of Denmark.

In celebration of the centennial of the establishment of the Republic of Estonia, an exhibition of Sittow’s works will be held at the National Gallery of Art from 28 January to 13 May.

“Michel Sittow: Estonian Painter at the Courts of Renaissance Europe” provides an exceptional opportunity to examine the rare and masterful works attributed to Sittow. The exhibition explores the artist’s possible collaboration with Juan de Flandes (1460–1519), his relationship with his Netherlandish contemporaries, and the influence of his likely teacher, Hans Memling (active c. 1465–1494).

The exhibition includes some 20 paintings from American and European collections, including 13 paintings by Sittow, as well as works by de Flandes, Memling, and Jan Gossaert that provide a context for understanding Sittow’s achievement. “The first monographic exhibition of Sittow’s work offers an opportunity to celebrate one of the masters of Early Netherlandish art,” Earl A. Powell III, director of the National Gallery of Art, said in a statement. 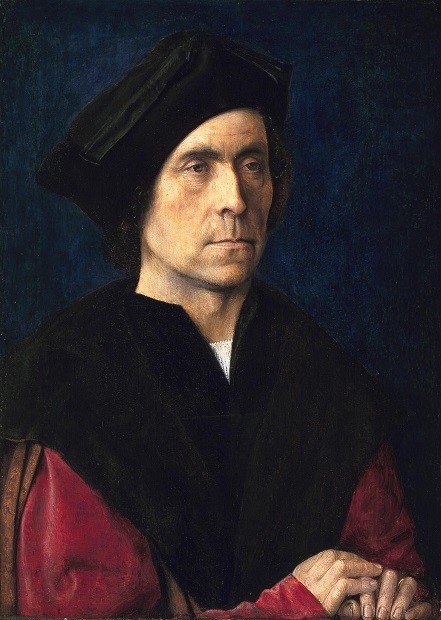 Among the highlights are The Assumption of the Virgin (c. 1500/1504, National Gallery of Art) and The Ascension of Christ (c. 1500/1504, private collection), the only two securely documented works by Sittow. Other highlights include the Portrait of the Danish King Christian II (1514/1515, Statens Museum for Kunst, Copenhagen), Portrait of a Man (c. 1510, Mauritshuis, The Hague), as well as two portraits linked to the Tudor court in England: Catherine of Aragon as the Magdalene (c. 1515, Detroit Institute of Arts), and Mary Rose Tudor, sister of Henry VIII of England (c. 1514, Kunsthistorisches Museum, Vienna).

Sittow was born in the Hanseatic port city of Reval, now Tallinn, in Estonia and probably received his earliest training from his father, also a painter and sculptor. Sittow moved to Bruges (a city in the Flemish region of Belgium) in 1484 where he presumably apprenticed under Hans Memling, that city’s leading painter. Memling’s influence can be seen in Sittow’s Madonnas and portraits.

Sittow did not register as a master with the Bruges guild and his whereabouts are unknown before 1492 when he entered the service of Queen Isabella of Castile, where he was prized as a portrait painter. He is known to have collaborated with Juan de Flandes on the series of small panels depicting the lives of Christ and the Virgin for Queen Isabella. 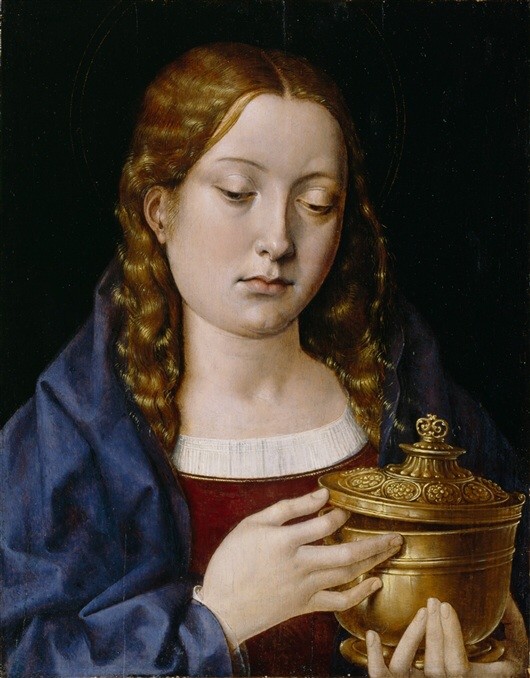 He remained in Isabella’s service until her death in 1504, but was apparently absent from Spain after late 1502. Suggestions that he visited the courts of Margaret of Austria and Henry VII of England shortly after 1502 remain unsubstantiated, although he was certainly in Brabant at the end of 1505 or early in 1506, working for Duke Philip the Handsome.

Sittow returned to Reval in 1506 to settle his inheritance and remained there, receiving membership in the artists’ guild late in 1507 and marrying in 1509. He was called away from Reval in 1514 to paint the portrait of Christian II of Denmark, the future husband of Margaret of Austria’s niece, Isabella.

He then began a second, shorter period of service at the court of Margaret of Austria and her nephew, the future Emperor Charles V, in the Netherlands. This was interrupted by a brief trip to Spain to negotiate the salary still owed him. By 13 July 1518, when he married again, Sittow was back in Reval. He lived there, a prosperous and respected citizen, until his death in late December 1525.