Greip is a vocal ensemble from Pärnu, Estonia. They came together in 2006 and have grown to become one of the freshest acts on Estonian music scene; Kristjan Lillemets spoke to band members and chatted about their story, future and a recent tour in the United States.

The band’s first music video, “Vihma Loits” (“Rain Spell”), will probably have half a million views on Youtube by the time you’re reading this. That’s just the first. Their arrangements are original and carry the history of Estonian folk music into the 21st century.

In addition to being a top 10 finalist in a worldwide a cappella competition in Leipzig, Germany, Greip has won numerous vocal ensemble awards in Estonia, been nominated for the Estonian Music Awards and performed throughout Germany, Finland, Latvia, Lithuania and, of course, Estonia. They just recently returned from their tour in the US.

Kristjan Lillemets spoke to Karin and Reimo from Greip and chatted about their story, future and a recent tour in the United States.

Hi. Let’s get the introduction out of the way. Who is Greip?

We are Reimo, Fred, Mari, Karin, Rauno and Madis, the sound engineer. We’re from Pärnu and sing a cappella. You can read all that and see what we’re up to at www.greip.eu. Is this what you had in mind for introduction?

Yes. Perfect! Were you friends before becoming Greip?

We went to the same secondary school in Pärnu and already knew each other when Fred formed the group. Being friends has definitely kept the band together over the years. The initial purpose was just to participate in some song contest.

The first ideas, melodies, arrangements always come from Fred. After that we usually analyse, add the beat and bass etc. Small changes occur quite often in rehearsals. In the end there’s a lot of teamwork, but Fred is the original creator.

Do you have favourite artists or groups that also influence your music?

We’re five people with five different tastes varying from world music to pop. From a cappella scene we definitely like Cosmos from Latvia. 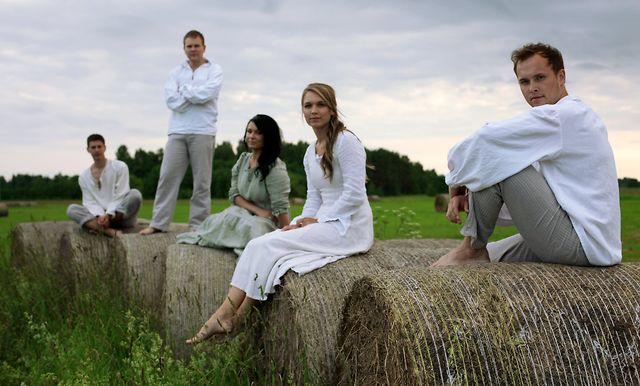 I bet you have been asked that a lot, but what’s the story with the name? (Greip is Estonian for grapefruit).

Karin: It really is a popular question and we have told the story so many times that by now there are already variations between the versions of different band members.

Here is what I think happened. We were in a classroom, brainstorming a name, exhausted and hungry after a long day. Naturally the discussion went to food and someone said jokingly that Apelsin is already taken (apelsin means orange in Estonian and is also a name of a popular rock band founded in 1974). That lead the way for other fruits and the rest is history. In a matter of minutes, there was a background story of how grapefruit tastes fresh and youthful. A name that started with no real meaning (I know I’m not supposed to say that), cultivated by hunger, is now our vitamin-rich trademark, plus a great conversation starter. Even you asked about it.

Let’s talk about “Vihma Loits”. It has received almost half a million Youtube views which is massive on Estonian scale (Estonia’s population is 1.3 million). Do you recall a specific moment when it hit you that you’ve created something huge?

Not really, it was gradual. We had already been performing the song live for more than a year when the idea came to create a music video. We were recommended Teele Killing, a London-based film student and gave it a go. It was just an experiment. To our increasing surprise the video picked up popularity, first in a TV-show of Estonian music videos, then on Facebook, Youtube, radio stations. It is such a simple song, after all.

IA year later we had seen Youtube videos of young people taking the tune and re-interpreting it – performing on graduations, creating dances and own cover versions of “Vihma Loits”. To create something that lives and evolves from what you started is the true essence of folk music. We are happy to have achieved that.

The challenge now is to not get stuck with the success of this song. It is hard to top, but we don’t want to be remembered as a one-hit wonder.

Your style varies from folk songs to jazz and pop. Would you rather keep that palette or focus on a single genre?

We’re still debating, but leaning towards focusing on folk music. It is more original and offers so much variety and near-endless possibilities. We want to create a folk album next.

How mainstream would you like your music to be? Do you want to take folk song arrangements to the masses?

There definitely is a potential in folk, it just takes hard work. Ewert (of Ewert and the Two Dragons) worked on his latest album for years.

Another factor is likability. Classic Estonian runo-singing is often too dry or boring for today’s market. We experimented with a track called “Liigu Laul” by adding a hip-hop-ish beat. The result was quite interesting. We were joking amongst each other that runo-singing is in fact like hip-hop. Someone starts rapping, the others follow and do the chorus.

Did hip-hop culture also inspire you to adopt beatboxing to your songs?

Not really. It came quite naturally, right as we started. Rauno, who does our beats, had been in other bands before Greip and also writing his own music. He has a great sense of rhythm. A big part of doing it well on stage for us is our sixth member, Madis the sound engineer.

Without beatboxing we would have been just another high school vocal ensemble – it adds character and was also quite uncommon for a cappella band back in the day. Technically, what we do, is vocal percussion –imitating the sound of instruments such as drums with one’s mouth. Fred also wrote his master’s thesis on that art form. Beatboxing as known from hip-hop culture, is just a subcategory of vocal percussion. 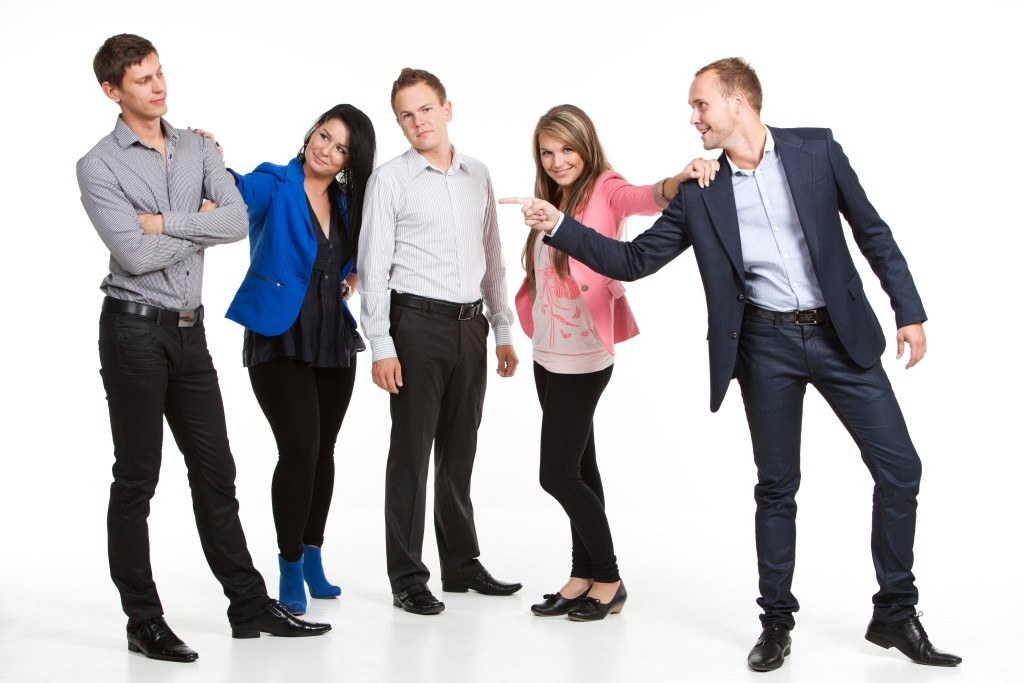 You recently went on a tour in the U.S. northeast. How did that go?

It was fantastic! For our group it really gave a boost of confidence and motivation. The feedback was great. Our audiences were mainly Estonian expats, but also many Americans.

Fred had specifically prepared some songs in English which worked very well. A cappella is quite popular in the U.S. – especially since Sing-Off started (a television singing competition which debuted in 2009).

Our concerts were surprisingly popular and the venues were full, including the concert at the New York Scandinavian House. We also gave couple of concerts as special guests: one with Bridges Vocal Ensemble at the legendary cabaret theatre, Don’t Tell Mama, and one with a highly regarded NY elite chamber choir Ghostlight at St. Michael church, which was also recorded for an album.

What was the most different aspect about America?

Everything about our shows – from preparation to actual performances and post-concert mingling. The style of organising and networking is definitely louder, bigger and more aggressive.

Was there a specific theme for the tour?

Sten Schwede, the Estonian Consul General in New York, saw our video on Youtube and had the idea of inviting us to perform on the events marking the 95th anniversary of Estonia.

Our tour was mainly organised by Kristi Roosmaa Tootell (Cultural Affairs Coordinator at the Consulate General of Estonia in New York) and we would like to thank her, Mr Schwede and everyone who helped us for making it happen!

What does being an Estonian mean for you?

Obviously, it’s everything to us when it comes to folk song arrangements. Most of our material is deeply rooted in the Estonian culture. We just recycle it. In terms of how others see us, we’ve noticed on our few foreign trips that Estonia comes across as exotic and interesting.

Finally, what is your opinion on the future of Estonia?

Reimo: I believe in the Estonian youth that has grown up in a western-like society. The Soviet legacy is fading away, economy is getting better, we have more opportunities than ever and the borders are open. That of course means that many people are venturing out to other countries. I hope they do come back in the future.