It doesn’t happen every day that an art gallery dedicated to Estonian art opens in a cosmopolitan metropolis like London. But the curiously named Gabo Manchano Gallery is doing just that – featuring four young Estonian artists, the gallery’s pop-up debut exhibition was entitled “This Is What I Am”.

The new concept is a brainchild of the London-based estophile Australian, Michael Channon. Besides dancing in the London’s Estonian Folk Dance Group and learning the secret lingua, he’s also into art, hence the idea to find a space in London for Estonian artists.

The debuting exhibition, “This Is What I Am”, took place in a hip neighbourhood of Clerkenwell in central London, and featured work by four young talented Estonian artists, each with their own unique vision of what they are and told to the audience in bold statements. Using various styles, Karolin Ott (the gallery’s co-director, based in London), Veiko Klemmer (Tartu), Margit Lõhmus (Tartu/Tallinn) and Katrin Rätte (Tallinn) set to present their true identity and experience. The exhibition included original paintings and mixed media installations with contemporary styles; all capturing the same statement of “This Is What I Am”.

Estonian World caught up with the exhibition curators and directors, Michael Channon and Karolin Ott, to find out more about the motivation behind the challenging task of running an art gallery in London – let alone dedicated to art from a small country like Estonia.

What prompted you to open an art galley in London, dedicated to Estonian art?

Michael: I did it because of one of the artists, who was a friend of mine, was talking to me about her experiences coming to London and not find any connections to the art world to exhibit her work. The cultural experience for her was also alienating, and she found it all a bit too overwhelming. I was thinking about helping somehow, but I didn’t know how. I, also at the time of thinking to help, found that my work was not at satisfying, and then it all just fell into place, and I found myself thinking about creating an art gallery.

Karolin: Well, as being a young Estonian artist myself, I also had experienced the difficulties of entering the art world. Weirder than that, for me, it was even harder in Estonia than in a foreign country. In Estonia I also had to do a full-time job as well, but for a long time I had that feeling that I’d rather want to be an entrepreneur rather than work for someone else. My idea was to open my own gallery some day. And then I met that right person – Michael – and we did this together.

What was the preparation process like – what challenges did you face? How did you find the space and how did you fund it?

Michael: The preparation took months, as we were novices at this. We used our intuition and good sense of judgement to create the gallery. Opening the gallery was the easy part – we discovered the space quite simple to find, thanks to our friend who had been a curator himself for many years and he informed us about the space – it was in a great location. 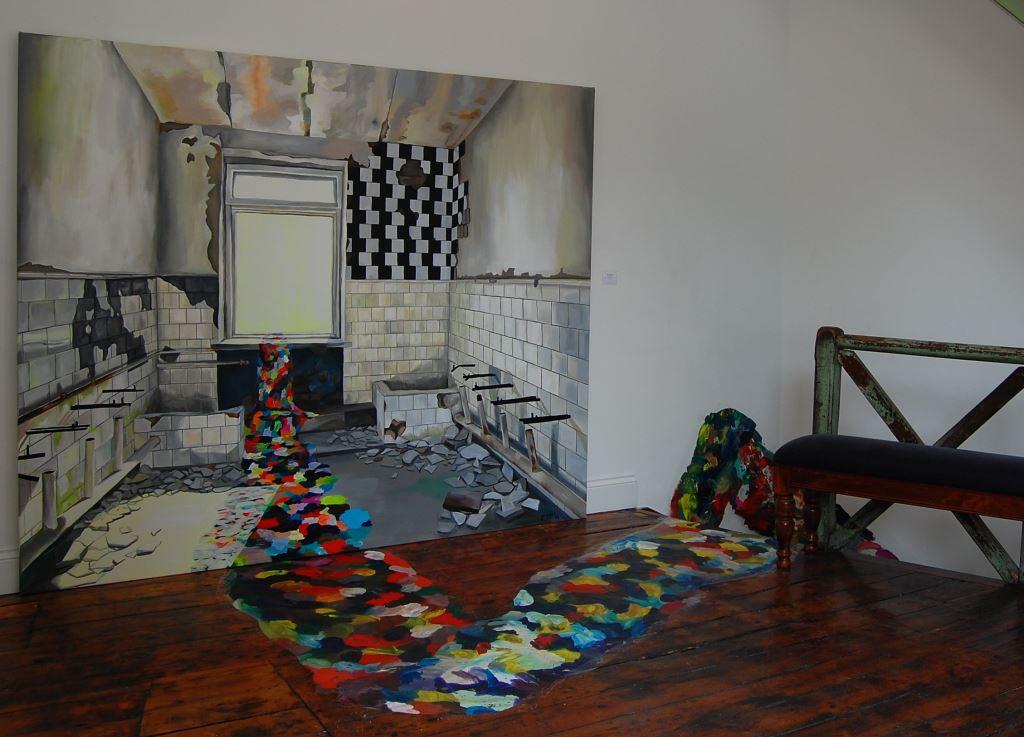 Karolin: We faced many challenges in that we were trying to do everything ourselves, and this took a lot of time and effort. While Michael did a full-time day job to fund our gallery project, I spent most of my time by applying grants, finding sponsors, designing our web page and marketing materials, learning how to communicate with a press. But we never thought we were over our heads and therefore knew that what we were doing was going to be achieved.

Where did the slightly exotic sounding name come from?

Michael: I came to this name during walking through the Barbican’s exhibition on pop-art when my thoughts were focused on the pop-art kind of ideology about transformation and flexibility. The name literally means nothing – either in Estonian or in English. It is purely made up on the spot.
Karolin: I think this name came into Michael’s head because it is a bit similar to his own name.
Michael: True.

On what basis did you choose the currently represented Estonian artists?

Michael: Two of the artists we had were friends of mine from Estonia. Karolin, I met at an Estonian folk dance practice where we both participate. Veiko Klemmer was recommended to me by a good friend who went to school with him.
Karolin: For our upcoming curatorial projects we are going to make open calls to give everybody an opportunity to submit their works.

What has been the feedback so far?

Michael: We have been inundated with positive feedback, both from friends and strangers alike. We have art collectors commenting on the works with great interest and enthusiasm for our idea to be fully focused on Estonia. Also, we are currently in discussion with Goldsmith’s University and other gallery institutions. Our biggest excitement is that we are presently talking to the Estonian Embassy on future projects, which they are willing to support, and this has given us the biggest drive to further our gallery idea.

Did any Estonian organisation or community help along to get it opened?

Michael: Simple answer, no. However, we had a support from the Estonian Embassy in London, courtesy of the cultural attaché, Kristel Oitmaa, who was supportive from the very beginning as we contacted her about the idea we had.

Karolin: We also had support from the London Estonian Society, the Estonian Guild and from friends of the Estonian community in London who forwarded our invites on our behalf. But most importantly, the artists themselves were very positive and creative from the outset.

Michael: We have decided the best route for the gallery is to be independent of space – meaning that we are going to be a pop-up gallery primarily around London. 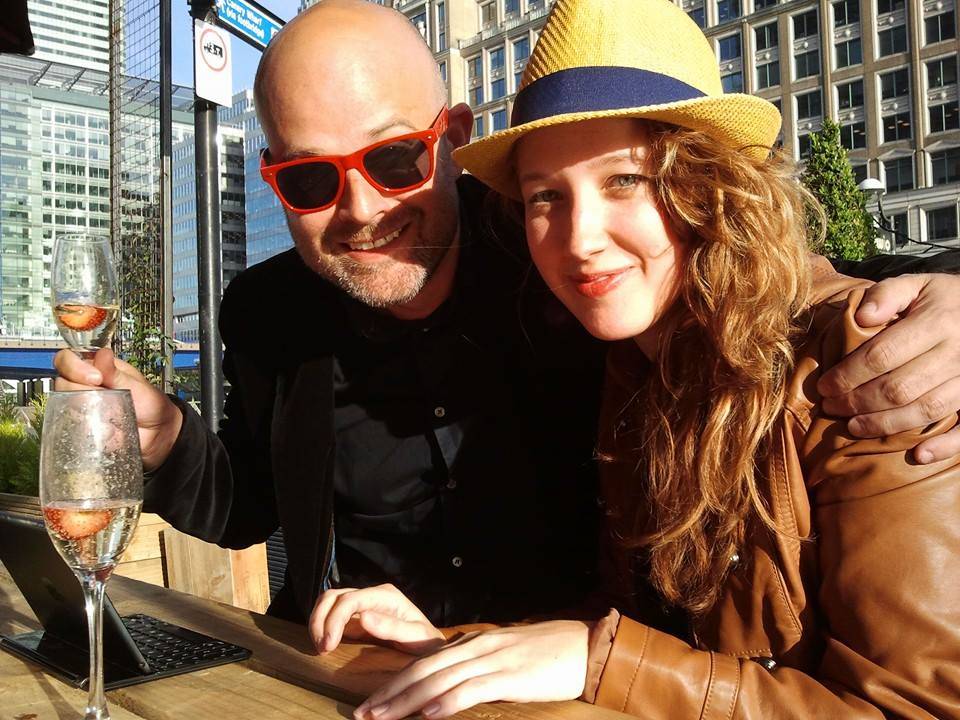 Karolin: But right now we are in talks with organisers in Estonia to find a space to exhibit “This Is What I Am” also  in Tallinn in September or October. This is about introducing ourselves to the Estonian community at large, but also to show artists our concept of what we are trying to achieve in London.