Created by manga artist Hidekaz Himaruya and having had its original run from 2006-2013, the series’ main presentation is as an often over-the-top allegory of political and historic events as well as more general cultural comparisons. The featured characters are personifications of countries and both positive and negative cultural stereotypes form parts of each character’s personality.

The main cast is primarily the countries which made up the Axis powers and Allies of the Second World War – Germany, Italy, Japan and the United States, United Kingdom, France, Russia and China, respectively. Estonia is a supporting character and he is a simple-looking boy with square glasses and a narrow face, with dark blond hair and blue eyes.

Going unnoticed by others

The series often uses satire and light-hearted comedy to reinterpret well-known events as well as less common historical and cultural trivia. Historical, political, economic and military interaction between countries – over 60 countries and territories have been depicted – is generally represented in “Hetalia” as social interactions and misunderstandings between the characters. 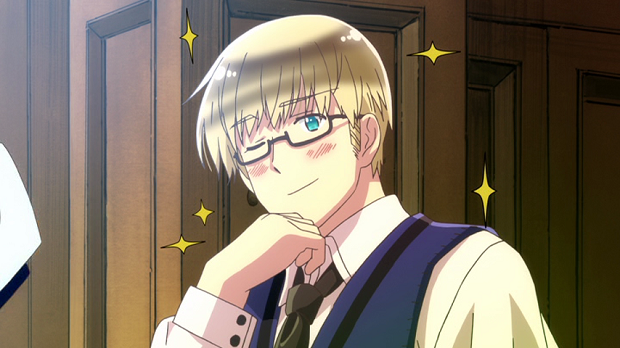 Reportedly, Himaruya once jokingly said Estonia, portrayed as mild-mannered, logical and business-like, is “the coolest creation in the series”. He is skilled at information technology – a true real-life reference – as well as economics and appears to have good relations with most of the other nations (other characters). However, he tends to work at his own pace and doesn’t pay much attention to his surroundings, so he often goes unnoticed by others, despite his status as an ace student.

Estonia also has a musical talent. He plays the piano and says his singing voice is “revolutionary”. Here’s a YouTube clip of “Hetalia’s” Estonia singing a cover version of “West End Girls” (originally a Pet Shop Boys song), while surrounded by a number of female characters from the series:

And just like in a real life, Estonia and Finland are good friends, having known each other for a long time.

Although Estonia seems to care for Latvia‘s well-being, they have little in common and disagree over the origin of the Christmas tree – which is, again, an actual fact. 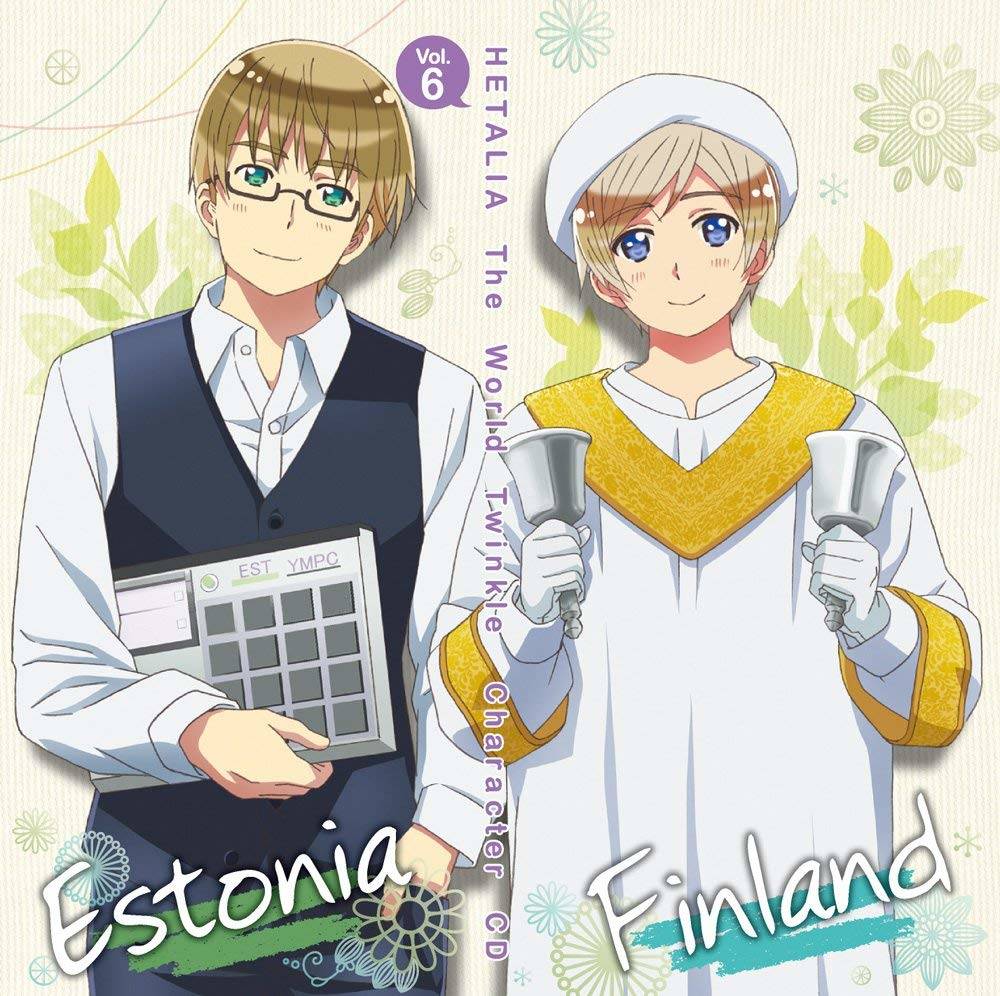 Estonia also shares some sort of a friendship with Norway – although in one episode, Norway mentions that “Estonia’s eagerness to join the Nordics frightens him sometimes”.

One Tallinn-based Japanese expat told Estonian World that Estonia’s relationship with Russia in “Hetalia” is as complicated as in real life. The Estonia character lived with Russia during various points in the past and tries to avoid him – although in some strips, he has been shown to have no problems being around Russia.

At some point during the series, Himaruya also gave out human names to some of the characters and, for some strange reason, Estonia received the name Eduard von Bock, bearing no reference whatsoever to ordinary names in modern Estonia (“von Bock” resembles a historical Baltic-German name).