Igor Ziko is a freelance interior designer and artist from Tallinn, Estonia. His work has been shown in numerous galleries in Tallinn, and most recently in the Toompea castle where Estonia’s parliament assembles. His current solo exhibition, “Waiting for Borea”, at the New York Estonian House will be on display through the first week of January 2014.

The series of pastel drawings offer a unique look at the Estonian nature, which seems to magically pop out of a dark Nordic night. Kris Lillemets visited the exhibition in New York and reached out to Ziko with a few questions on his art, choice of places and technique.

Could you tell us about the technique you are using in the “Waiting for Borea” series?

I chose pastel drawing as the medium for the series depicting Estonia because it’s the fastest and most convenient way of painting in nature as much as possible. I wanted to avoid messing around with paint and brushes in the cold wind. Black art paper as a surface adds a certain effect I have always loved.

During the process, I have realised that the best way of describing the Nordic nature is to lay the colours out in tonal order from dark to light. Such way of creating light from darkness is also a characteristic way of picturing every living being in the canon of orthodox icon painting. Pastel also adds a texture which allows for a more precise feel of the exact metaphysics of light vibrations. It is as if the light is using its last bit of strength to gain ground from the darkness.

Why did you choose these particular places to depict?

In recent years, I have tried to use every opportunity to be in locations I define to myself as “Places with Force”. The origin of my landscape painting dates back a few years to my being in the Middle East. While creating the “Syria. Lebanon” series, I realised I had captured an extremely important and paradoxical analogy between the vast gravel desert plains of Syria and Estonia’s pebbly coastlines – neither of them invites you to enjoy yourself and relax, but rather to get to the nature of things. I saw these landscapes as true philosophers’ paradise, where there is no casual lingering but plenty of majestic peace. 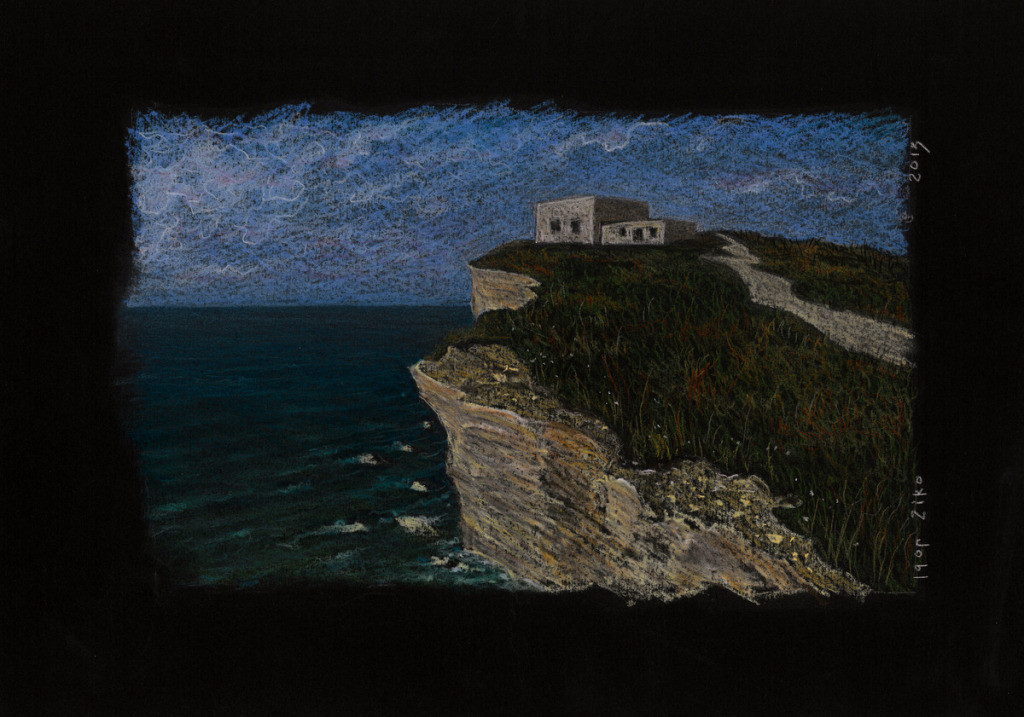 The series “Waiting for Borea” is part of an expanding cycle. Waiting are some Estonian islands, Nordkapp (the northernmost tip of Norway), Karjala, Spitzbergen. The series began two years ago with twelve pieces named “Rough draft of Saaremaa”.

Does Saaremaa have a lot of “Force” for you?

Saaremaa is probably one of the few places where the Being (Heidegger’s “Dasein”) shows itself – junipers growing on the rocks, the cool sun, the horizon on the sea reminding us that the way to the end of the Earth begins right here.

It is there where I realised that nature can choose me, instead of me choosing it. My part would only be to register the encounter. I used to drive around the island for hours before understanding to simply stop and bring my attention to a detail in the landscape or watch the shadows play on a seemingly unrevealing field. 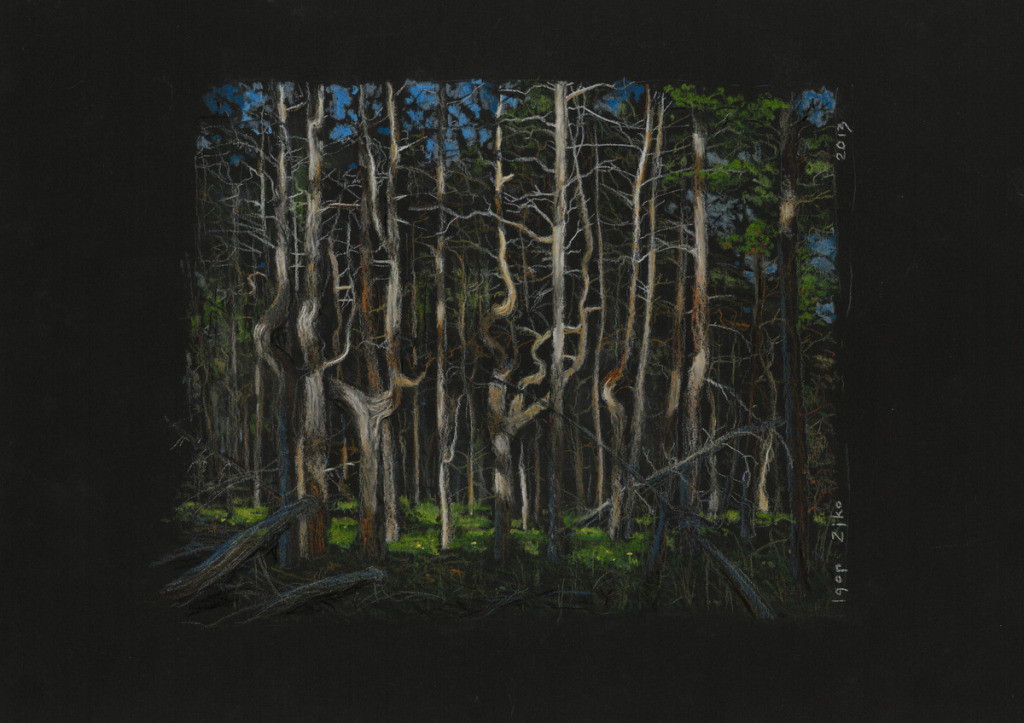 I never set out to draw beautiful views, and none of these places bear geographical significance nor is a tourist magnet. My goal was rather to find the Logos, which would remind me (and the audience) the true meaning of being – a presence, as part of nature, not as a bit of civilisation’s garbage.

How would you place your art in today’s context?

We are living through a phase of a post-post society obsessed by overabundance of news and information. People are no longer capable of objectively making sense of not only secondary, but also critical information. The news are packaged and distributed wholesale. A new form of experiencing reality emerges.

In many cases, strange things are also happening to contemporary art. Art is like a fancy designer product which reception and sales are the better the more it represents the author’s thoughts than is a result of an act of creation. This brings on a war between thoughts and pseudo thoughts and the piece itself tends to remain in the background.

In that context, my searching would rather fall under the classical genres.

My pieces are hard to interpret – one cannot plant subcontexts in them, therefore they are also hard to misunderstand. They contain little conjunctural reflections and are easily acceptable. Rather than plunging into himself, the author investigates by looking around. And what he is seeing is simple and beautiful.

Igor Ziko’s solo exhibition “Waiting for Borea” at the New York Estonian House will be on display through the first week of January 2014.