If the climate continues to change in a similar manner, climate models predict that by the end of this century, Estonia will have in the worst case a climate similar to northern Scotland, writes Mait Sepp.

Changes in climate are something you can literally put your hands on in Estonia. Just take a walk in the forest – you will see young oak trees there. This means that for a couple of decades now our winters have been so mild that an oak can easily grow here. Another sign of climate change is the fact that our great-grandparents could ski in March and April, while we can just make jokes about unsuitable sporting weather all year long.

In fact, the climate has been warming particularly drastically on the east coast of the Baltic Sea. While global air temperature has risen by about 0.8°C (1.44°F) in 140 years, the average rise in Estonia has been by 2°C (3.6°F) during the last half of the century.

The physics behind climate change is actually really simple: when the chemical composition of a gas changes, the same happens to its radiation properties. The human kind is changing the gas composition of the atmosphere right now by burning fossil fuels and chopping down forests. Greenhouse gases released into the air do not allow heat to dissipate into space, continuously increasing the temperature on Earth. Estonia is shamefully among the top 20 countries by the amount of greenhouse gases per capita issued into air annually, the reasons being our oil shale industry and extremely fast motorisation.

Naturally, the climate system, as well as the everyday weather, is much more complicated than the simple physics of greenhouse gases. This complexity is the very thing that gives climate scientists a steady job. The extreme complexity and interrelationship of natural processes is also the reason why even state-of-the-art climate models usually overestimate the actual speed of global warming. Unfortunately, it also makes it possible to doubt the links between human activity and climate change.

The winters would become rainier, the summers hotter

Still, if the climate continues to change in a similar manner, climate models predict that by the end of this century, Estonia will have (in the worst case) a climate similar to northern Scotland. The winters would gradually become rainier, as well as muddier. The constant weather close to zero degrees Celsius (32°F) will make the situation on the roads more and more unpredictable.

It is possible that in a couple of decades we’ll have some winters when people must mow the lawn before Christmas, after New Year’s Eve, and on 17 January (taliharjapäev – a crucial date in the Estonian folk calendar, marking the culmination of winter). 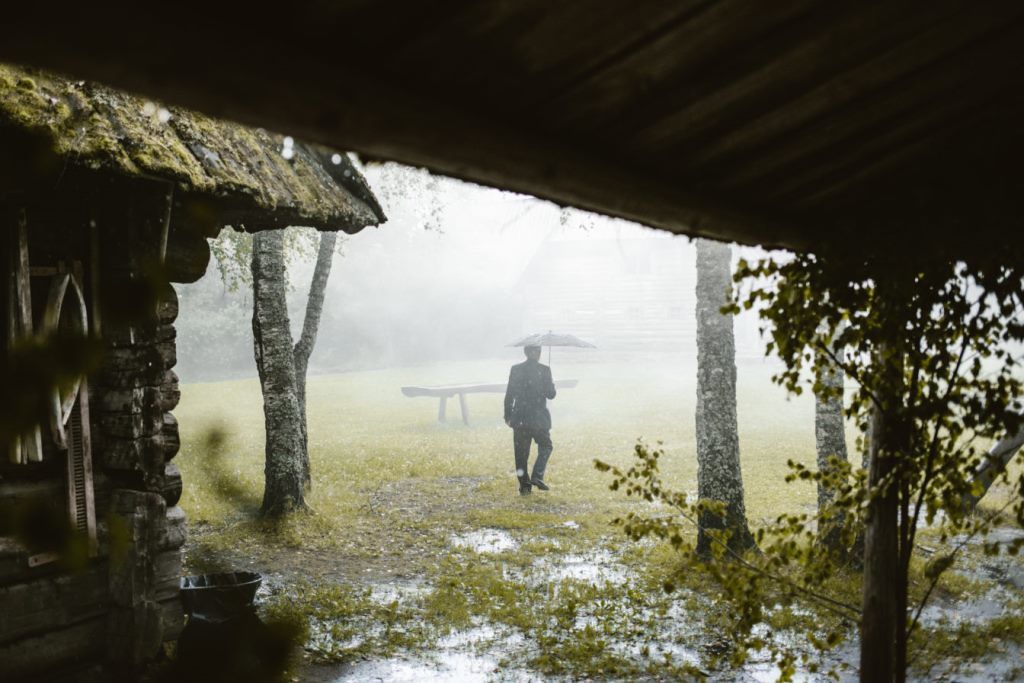 The summers, on the other hand, would become hotter. This is good news for ice-cream vendors, but terrible news for chronically ill people, as well as the elderly and small children. For these segments of the population, heat waves that last for weeks are bound to be exhausting and sometimes fatal.

The situation would become especially critical in cities where large asphalt grounds for parking spots, big intersections and industrial areas start to turn into urban heat islands that keep the air temperature abnormally high, even during the night. Urban heat islands are something that is hard to imagine in contemporary Estonia, as our towns are rich in trees and parks. However, heat waves are becoming an increasingly frequent nuisance in the near future.

The rise in sea level is another thing that will affect Estonia in the future. It wouldn’t turn Paljassaare or Noarootsi into islands tomorrow, but already in the next few decades the rise will become faster than the postglacial rebound, making Estonia to slowly lose land. The millimetres added to the sea level would become especially critical during storms. During a future flood in the town of Pärnu, water could reach the cellars of houses farther inland only because the warmer climate has raised the sea level.

Climate change has a nasty tendency to amplify mistakes

But why should we care about the climate during the end of this century right now, especially if we take into account that there is quite a lot of unpredictability in any prognoses about the future, and many social processes, such as urbanisation and the population getting older, are surely happening faster than the climate change? Actually, there are many reasons to keep our eyes on the future. The first is money. Every euro put into adapting to climate change at the moment saves six euros in the future that would otherwise go into fixing the harm caused by it.

Next, we should understand that our actions right now have very long-term influences. We have to get used to planning beforehand, and then stick to these plans.

Climate change has a nasty tendency to amplify mistakes that we currently make in planning, engineering and construction. The same is true of decisions that have to do with social, economic and environmental politics: short-sighted “bargain decisions” will cost our children and grandchildren a lot of money and, in the worst case, even human lives. Changes in climate might not be the direct cause of all those future perils, but they certainly increase the negative effect of unwise decisions.

The Arctic cold will reach Estonia in the future as well

One must keep a clear mind when it comes to the case of climate change and its effects. There’s no point to look at the climate models, fixating on how they differ from the actual outcome in tenths of a degree or millimetres of rainfall.

Instead, it is important to understand and keep in mind the direction things are going. According to this knowledge, one must evaluate plans for the future – to pay attention to the weak points where climate change could cause damage and think about ways to personally decrease greenhouse gases hitting the atmosphere. In addition to that, why not make an effort to figure out how to effectively exploit new climate conditions and even put them to good use.

Then again, let’s not forget that Estonia is geographically located quite far in the north: Tallinn is one of the northernmost capitals in the world, right after Reykjavik, Helsinki and Oslo. No doubt, the Arctic cold will reach this place in the future as well, keeping the need for double glazing of windows, insulation of buildings, heating systems and snow shovels.

This article was first published in the University of Tartu blog. Cover: A cold frosty morning in the Scottish countryside (photo by Robert Moore.)

Mait Sepp is a research fellow in physical geography at the University of Tartu.

1 thought on “Will Estonia soon have a climate similar to northern Scotland?”