Estonia has the second-least congested roads in the European Union – Estonians only spend 18.66 hours a year sitting in the traffic.

The least congested roads in the EU are in Finland – they spend only 17.89 hours a year in traffic jams, according to a research by the European Commission.

This is based on the latest data from 2016. The indicator assumes two 30-kilometre (18.6-mile) trips per day (the morning and evening peaks) and 220 working days.

According to the commission, it takes into account all major roads in the 27 EU member states for which data is available – or about 2.5 million kilometres (1.55 million miles). 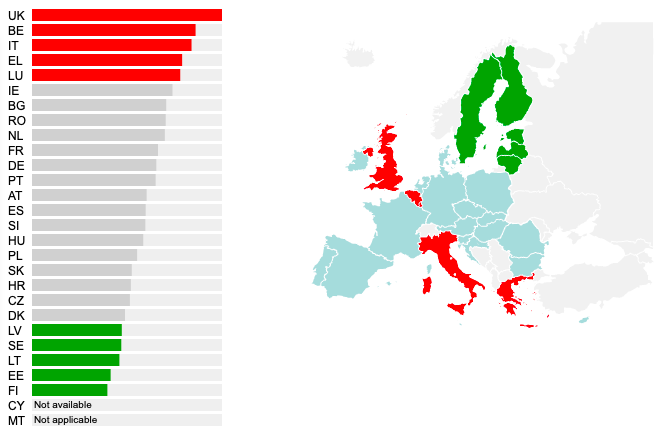 The worst congestion in the EU is experienced by the British who, on average, sit in the traffic a whopping 45.09 hours a year. The UK is followed by Belgium (38.82 hours/year) and Italy (37.86).