Amid a state of panic about Syrian and African refugees, a new movement, called “Friendly Estonia”, aims to encourage Estonia to remain open-minded country that embraces diversity. The effort to make a difference in the mindset of Estonians will start with a massive gathering at Freedom Square in Tallinn, the country’s capital on Sunday, 6 September.

“Friendly Estonia” is a dream and a free movement, initiated by a group of global Estonians who are concerned about the unity of their country, and who want to keep their country tolerant and nice and kind.

“Our wish is to make open-minded Estonians visible. We want to jointly take a stand and counterbalance the intolerance and nastiness that, with its poisonous message, has suddenly received unfairly wide attention in the media, in light of the announcement that Estonia will accept up to 200 refugees over the next two years, as part of the pan-European refugee settlement deal. Estonia’s progress and persistence in this movement will not happen by itself. It is important that intolerance and ignorance have a visible, confident and positive alternative. The words and deeds of the “Friendly Estonia” movement are intended to make this alternative visible,” the organisers said.

“Friendly Estonia” will not just be a one-time initiative, but it is hoped that it will set in motion a wider process of change in society. “We want to instil courage and energy into like-minded people so that there can be a new and friendlier tone in the public debate and the media coverage. Some of our activities are simply to establish our position; others are intended to incite systematic changes.”

“Friendly Estonia” outdoor concert at Tallinn Freedom Square on 6 September, where many household names in the Estonian music scene are expected to perform and lend their support, will be the first major initiative to make the embracing and friendly part of Estonian society visible. 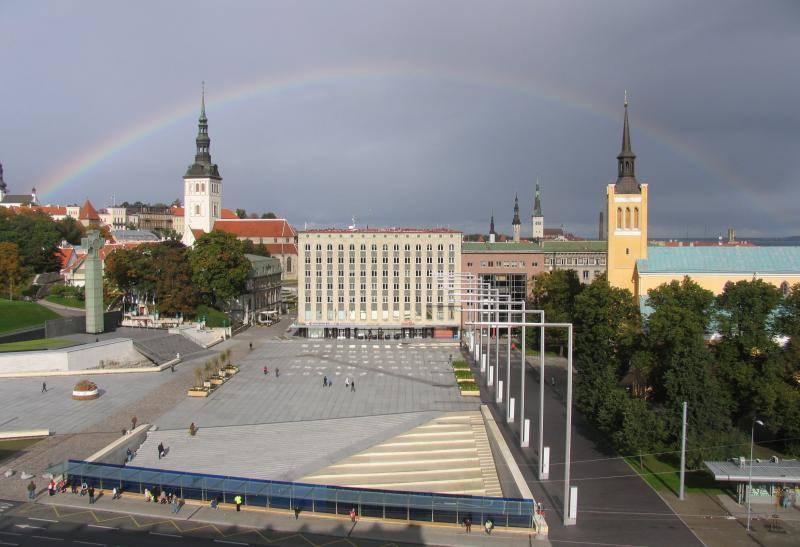 The music will be interspersed with textual samplings by poets, writers, actors, few notable opinion leaders and activists, including the representatives of the local ethnic Russian minority. Visitors will have an opportunity to communicate with people from other cultures in a relaxed atmosphere while sampling ethnic food at street vendors – many different cuisines will be represented.

The event is a citizens’ initiative that will take place under the leadership and contributions of private citizens and private companies, such as TransferWise, GrabCAD, Teleport, Pipedrive, Telliskivi Creative City, Tallinn Music Week festival, Aku Design Agency, and the Estonian World magazine – who all consider it essential to contribute to values that represent broad-minded and unprejudiced Estonia.

The Estonian startup companies with global ambitions and operations are especially concerned that the public negativity around the refugee discussion has spill-over effects and creates tension for the multi-cultural creative talents Estonia has worked hard to attract and increasingly needs in the future.

“The international nature of our company is one of the things that attracts the best people in the world to work with us. Our team in Tallinn includes around 30 different nationalities. I know that our international colleagues find Estonians to be warm, friendly and welcoming and really enjoy working and living here. It’s great to see this campaign celebrating that,” Taavet Hinrikus, a co-founder of TransferWise, said.

GrabCAD’s co-founder Hardi Meybaum added that in his business, they rely on people from around the world and couldn’t operate the other way. “At GrabCAD, we have always been proud of coming from small and open Estonia. We have users from every single country in the world and we help them to connect each other despite where they are from. Among 50 people in our team, we have around 10different nationalities.”

These sentiments were underlined by Teleport founder and former head of Skype Estonia, Sten Tamkivi.

“Free people move. Teleport helps creative people around the world move to the best place to live and work. Our own small team is already scattered across five countries today, but our roots lead back to Estonia. This is exactly why we want Estonia to continuously develop as a friendly tech hub where global talent wants to go and contribute to,” Tamkivi emphasised.

“We understand people’s fears and concerns, but feel that our country is strong enough to accommodate a small number of refugees, especially considering that Estonia’s population is shrinking and the country is expected to lose 184,000 people within next 35 years. As the US and UK experience shows, most migrants work hard, pay taxes and generate wealth, stimulating economic growth along the way. Some of the most iconic companies in the world – such as Google or Apple – have been set up by immigrants or their children. Estonia has become very well known as the country that punches above its weight internationally. We should not cut ourselves off from the outside world, but instead cherish the openness that will benefit us in future,” Silver Tambur, Estonian World’s publisher, added.