Arkadi Zaitsev interviews the Estonian startup entrepreneur, Sten Tamkivi, the former head of Skype Estonia and now the founder of Teleport, an online platform that gives advice to global IT nomads about the most suitable places to live and work.

Please note that the interview was first conducted by Arkadi Zaitsev in Russian for Meduza and was published in English by Sten Tamkivi.

What’s the opinion and the image of Estonian IT overall and the e-residency especially (is there any real interest in it) overseas, at Silicon Valley? Is it recognizable?

Awareness of Estonia as both a startup country and a country as a kind of a startup itself has been gradually bubbling up over the last decade. Probably Skype’s first exit to eBay in 2005 is a good milestone to think about for increased visibility, and there has since been a steady flow of cool developments both on the startup scene and from the government who builds tools for a digital society. Estonians themselves have already got tired of talking about cashless mobile parking or literally three-click tax reports or casting parliamentary votes online – but for most of the world these stories are still utopian, compared with how they live.

Why the e-residency is such a unique thing is that it builds on top of all these digital services used internally in Estonia since the digital signature laws of 2001. Estonia was not handing out the first e-resident card, but like a 1,300,000th ID card with all the learnings behind it. It is a complex layered cake from legal setup, infrastructure to manage the certificates, end user device adoption, private and public services playing together etc. And now Estonia has decided to open all that up for the world, to become the nation state underwritten SSL for the Europe and the world. It has certainly got noticed, especially in tech circles. It is no accident the first Americans to become Estonian e-residents were Silicon Valey tech VCs Steve Jurvetson, Tim Draper and Balaji Srinivasan.

If Estonia has such an advantage over other countries, so why do Estonians leave the country (mostly to the US) with their startups? 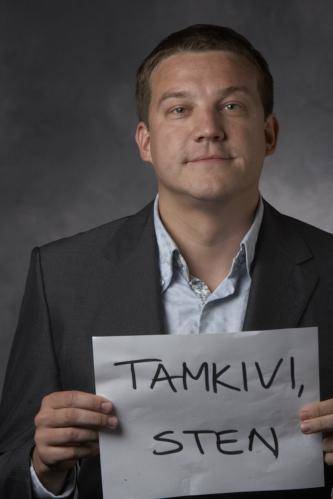 Ha, that’s precisely the trick. The way I see my life is that have not left Estonia, but I am choosing my physical and regulatory locations depending on particular needs. There are places with good weather, great talent, available funding, great schooling for kids, enjoying the beach – and it is very unlikely you’ll find one single perfect place for everything. These days I spend roughly about 1/4 of the year in Estonia, around half in Silicon Valley and then traveling elsewhere. I keep legal entities in Estonia for EU presence, the favourable taxes and super low operational overhead, and in Delaware to make it easier to work with certain investors.

And now, having an Estonian passport and an Estonian digital ID is a massive enabler for this kind of modern mobile reality of building a global startup. I spend 100 times less effort on transferring money or filing taxes via Estonia while I live in Palo Alto, compared with the painful, paper-and-fax driven US banks and government systems.

“If you want to own the world, you have to spend time there”

I see dozens of other Estonian entrepreneurs living the same way. Estonia is our home base, but we get around a lot. In my current startup, Teleport, we have talked a lot to startup founders globally about this and we hear that the main drivers for choosing their location are around being closer to their clients, raising funding, hiring top talent etc. It would take us nowhere if Estonian startups would just sit at their 1.3 million people home market and hope to achieve all of the above AND conquer the world. If you want to own the world, you have to spend time there.

And the #EstonianMafia founder scene stays tight and helps each other using virtual channels, not by co-location.

Why there is no new Skype on the doorstep? I mean a worldwide project. Is there any special reason for that and signs of it coming?

I like your thinking – being involved in just one US$8.5 billion exit per decade is not enough! Also, we shouldn’t forget it is just first 20 years since the end of the Soviet occupation that punished entrepreneurship as a criminal offense.

The Estonian startup scene is bustling above its size – just remember there are about 600,000 working people in the entire nation, and maybe 20,000 in the technology sector. GrabCAD just had a US$100 million exit, there are others, like Fortumo, Creative Mobile, Pipedrive, ZeroTurnaround, likely above that valuation. TransferWise will likely be next to enter the US$1 billion+ club of unicorns. There is a constant flow of news of Estonian startups getting US$1 million+ early stage rounds funded internationally. This should be a signal we should look at which of these startups made their potential in 3, 5, 10 years.

“Estonian startup scene is bustling above its size”

Already today, top 50 nascent startups in the country are creating more high value jobs (as measured in social taxes paid to state) than Microsoft’s Skype 500-person R&D centre in Tallinn, or Estonian Energy, the largest employer in the country overall. So there are other ways to measure why we need startups and if they are successful than just worldwide domination. Even if certainly our top teams are very much aiming for that goal, too.

Skype will always be a unique story in world startup history, not just in Estonia and another dozen countries where it had team presence, because of the profound impact on people’s lives and the resulting brand awareness. And it has had an amazing effect on kickstarting the rest of the scene, pretty much behind every Estonian startup today you will find founders, employees, investors or advisors with past experience from Skype.

There is a popular blog among the Estonian IT-people – Dotteebubble – that talks about the governmental overfunding of Estonian startups. What’s your view on that opinion – Is it worth of such funding of IT-sector by the Estonian government?

I am not going to comment specifically on a judgmental and patronising blog by anonymous trolls. Haters gonna hate, makers gonna make. Probably a sign of a vibrant scene if there are losers trying to get their share of limelight – our own petty little ValleyWag.

On your broader question, if you study the history of innovation and look at practices around the world, there has always been collective money pooled together to help explorative science and technology to survive. Startups are fragile, bold ideas typically look stupid at their start and 9/10 experiments fail. So the choice is simple – do we, as a society want to help all these seeming mistakes to happen in order to stand a chance to reap the benefits of the few breakthrough winners or not?

Now, how we pool resources together is a matter of technicality. The internet itself was born from the publicly funded DARPA. Silicon Valley venture capital boom started in 1978 when pension funds were allowed to flow into private equity, and now a huge part of the funds comes from university endowments – both of these categories would Europeans think of as a kind of “public money”. Israel’s startup boom is deeply rooted in decades of state-funded military R&D. Then think of China, Singapore…

Compared with many of these examples I’d say the Estonian public support systems for startups are quite a level playing field, with clear rules and transparent process. I like how the state doesn’t try to make solo decisions over which startup will win – rather the investment parts are set up to invest in private venture funds run or co-invest with pros with their own money and reputation in the game.

And best of all, if anyone has any ideas how to make these systems better, all the agencies and government officials and politicians are super accessible and adaptive in a tiny country. I collated a bunch of founder concerns about running their company legally in Estonia to a blog post last year, and a mere 11 months later the parliament passed an update to the business laws. Try that anywhere else.

1 thought on “Interview with Sten Tamkivi: Estonia as a home base for roaming entrepreneurs”