The Estonian summer is a great nostalgic brand, a destination on its own. But once the autumn hits, everyone leaves. Not just the migratory birds and the summer-Estonians of the world, but also those who go to school and work in our few bigger towns. They leave their country houses, put on straight faces and go to meet their new beginnings.* 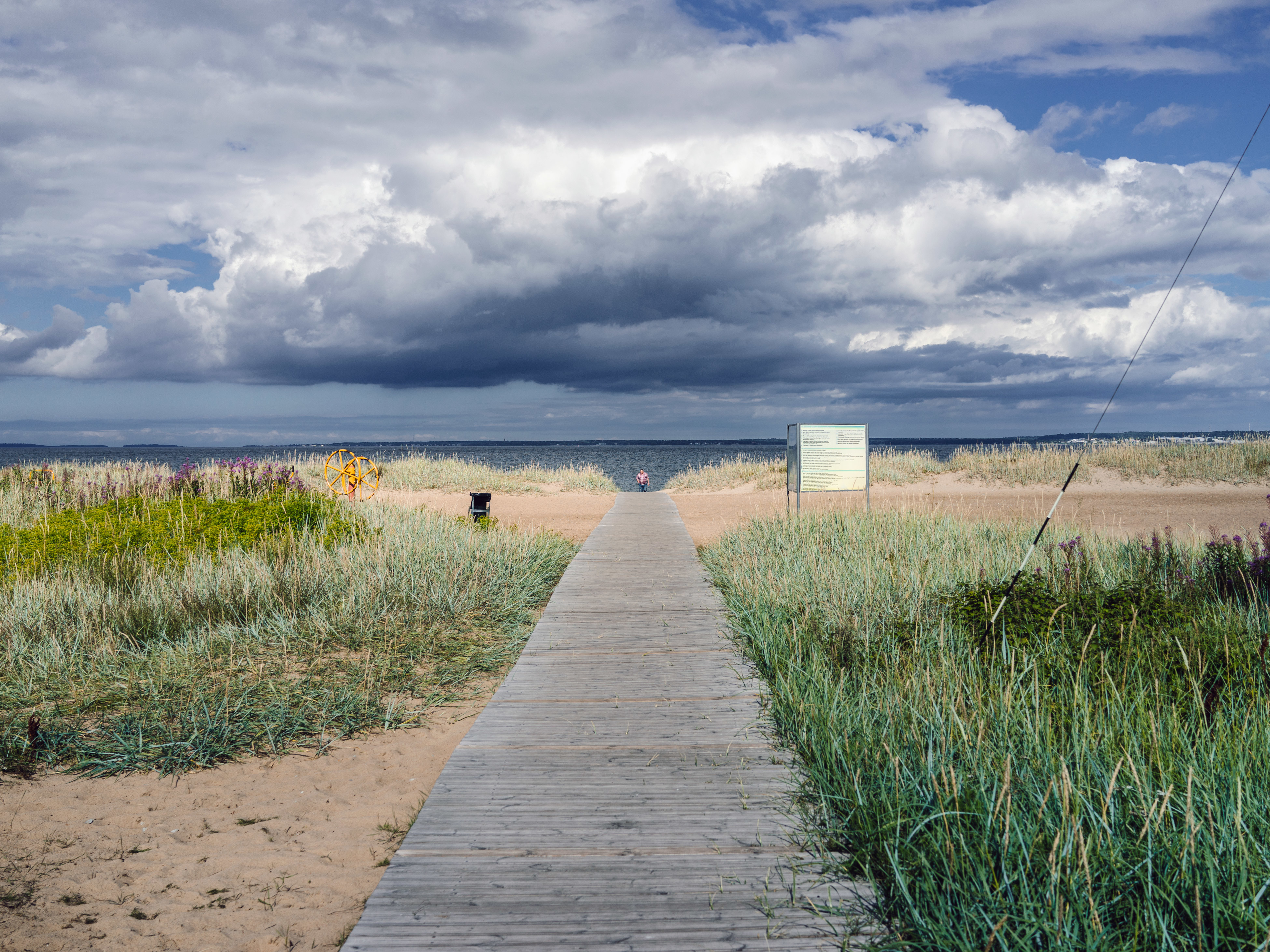 Paljassaare, Tallinn. In the end of the summer, the weather starts to change. More clouds and rain, lower temperatures. The beaches are the first places that get left behind. 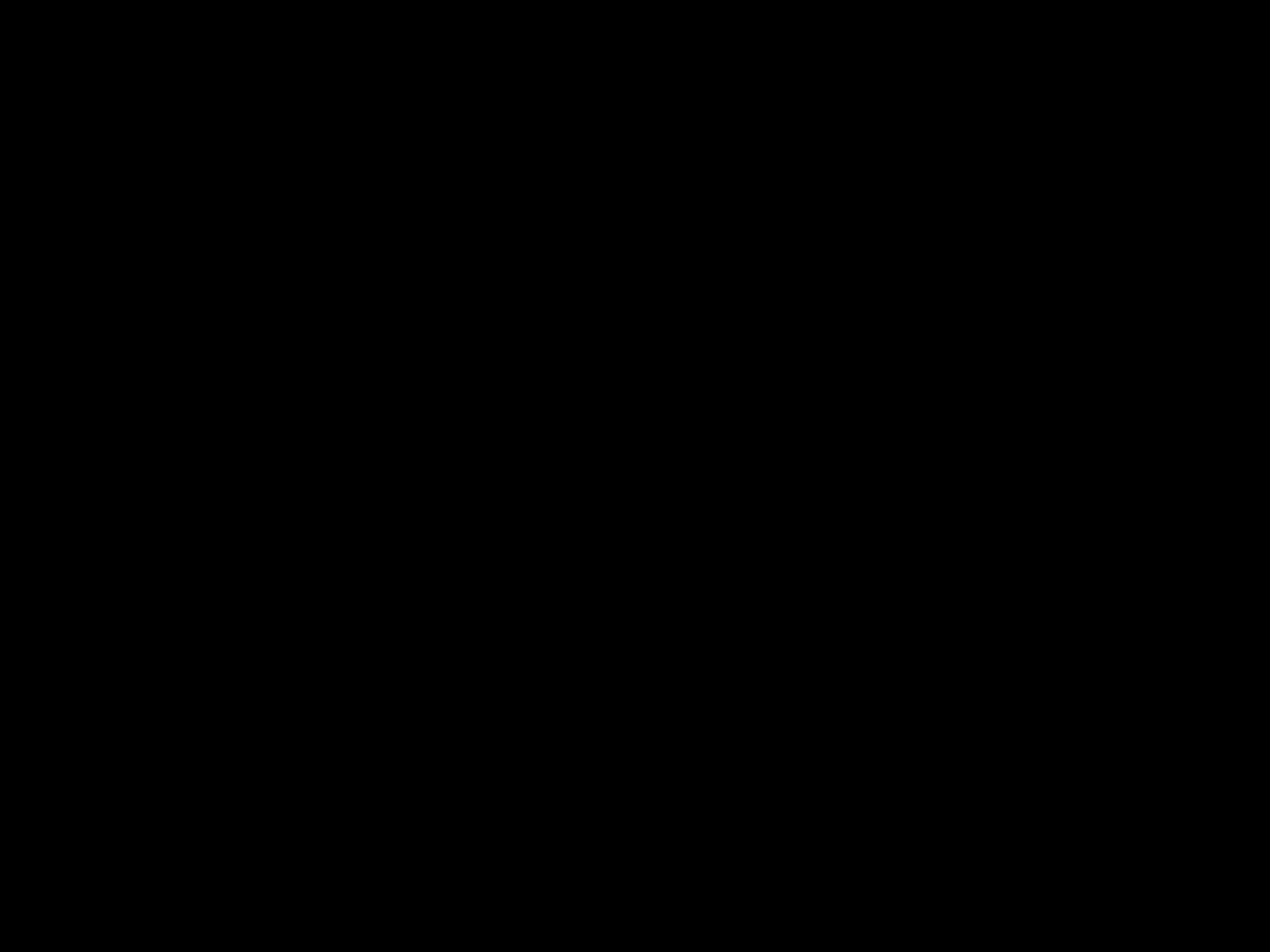 Meelva, Räpina. The landscapes start to go through dramatic changes. The fog visits more often, the fields turn gold. Yet the trees don’t yet give in staying as green as ever. Some evenings are still relatively warm, the days are still long. It’s still kind of a summer in case it isn’t raining. 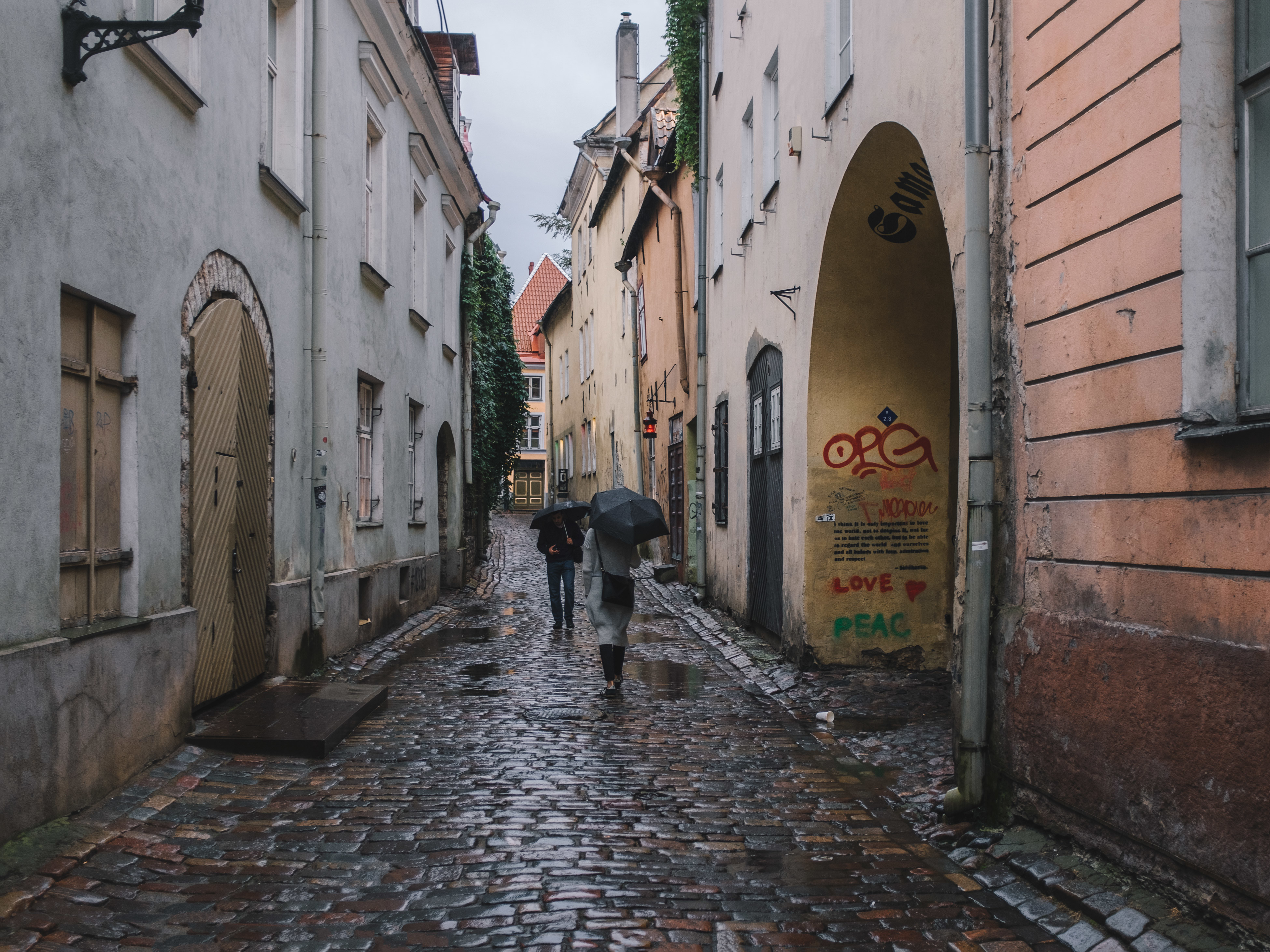 The Old town, Tallinn. The rain isn’t bringing escape from the heat anymore. Instead, it makes you think about cardigans, gloves and curling up indoors, in front of fireplaces. The universally shared feeling that this year, summer almost didn’t get started before it was already over.

Rotermann, Tallinn. Soon enough, outdoor restaurants fall into desolation. Restless people proclaim to move to the Mediterranean – or Bali – and leave this upcoming hell for good. How could you survive seven months without sipping your morning coffee outside, on the balcony? No more shorts? Come on.

Supilinn, Tartu. But not all is lost. The autumn is not so much about the endings as it is about the new beginnings. The autumn is the time to rouse from the midsummer laze, move back to towns, back to work. Schools claim our children – the traditional start of school on 1 September is like an unofficial national holiday. Everything is new.

Lake Meelva, Põlvamaa. And on the weekends you can head back to the countryside. There are all those new activities waiting for the adventurous. The forest berries and mushrooms you used to pick with your grandmother. Remember those? For years you didn’t care. Now, a bit older, you gather your friends and go wandering in the autumn forest anew. In a few years, you’ll be bringing your kids along. 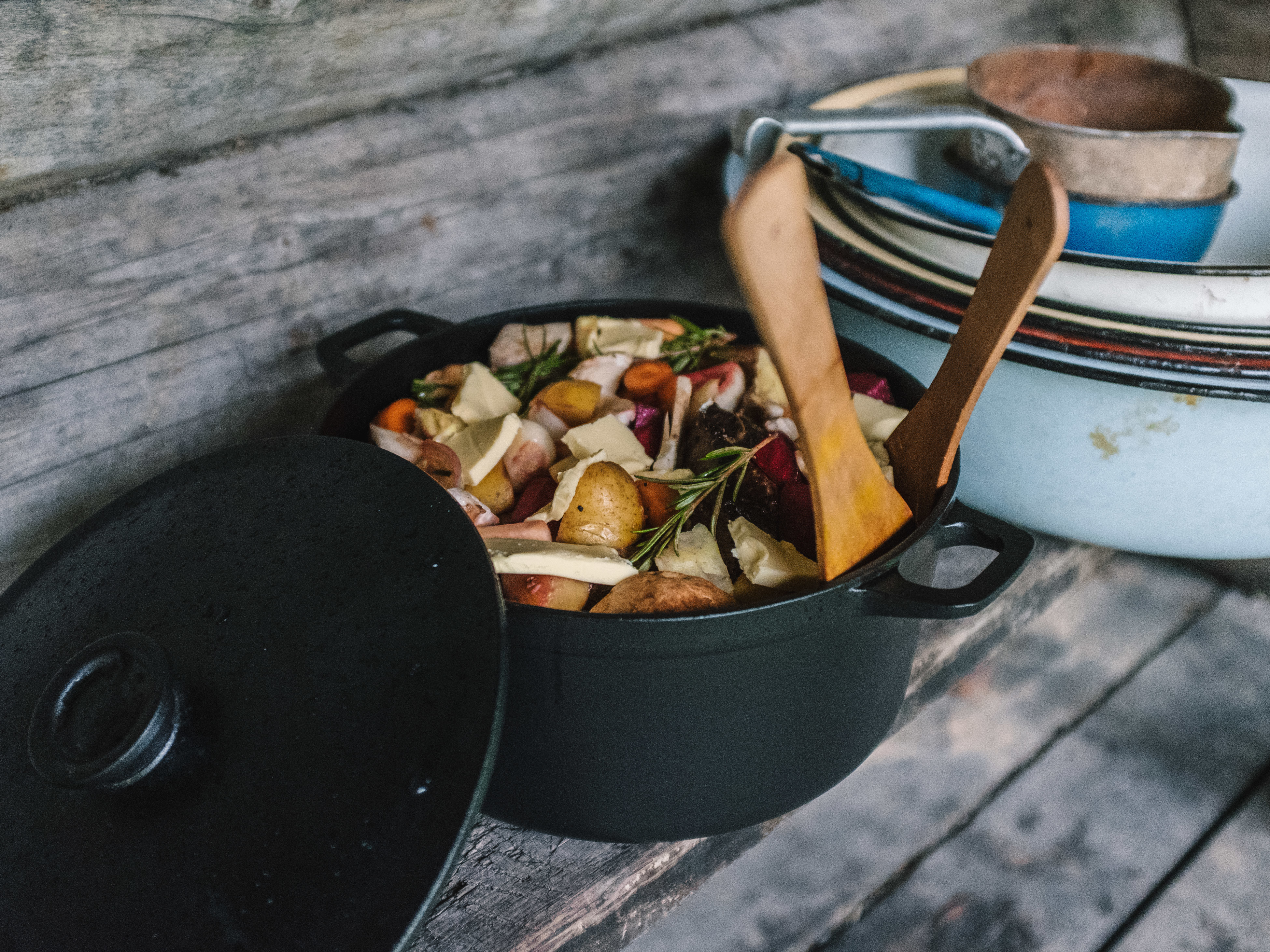 Meelva, Räpina. And all that food that gets ripe in the end of the summer and the beginning of fall. The abundance of fresh ingredients demands our attention. As the weather grows colder, we gradually rediscover ovens and long-baked foods. 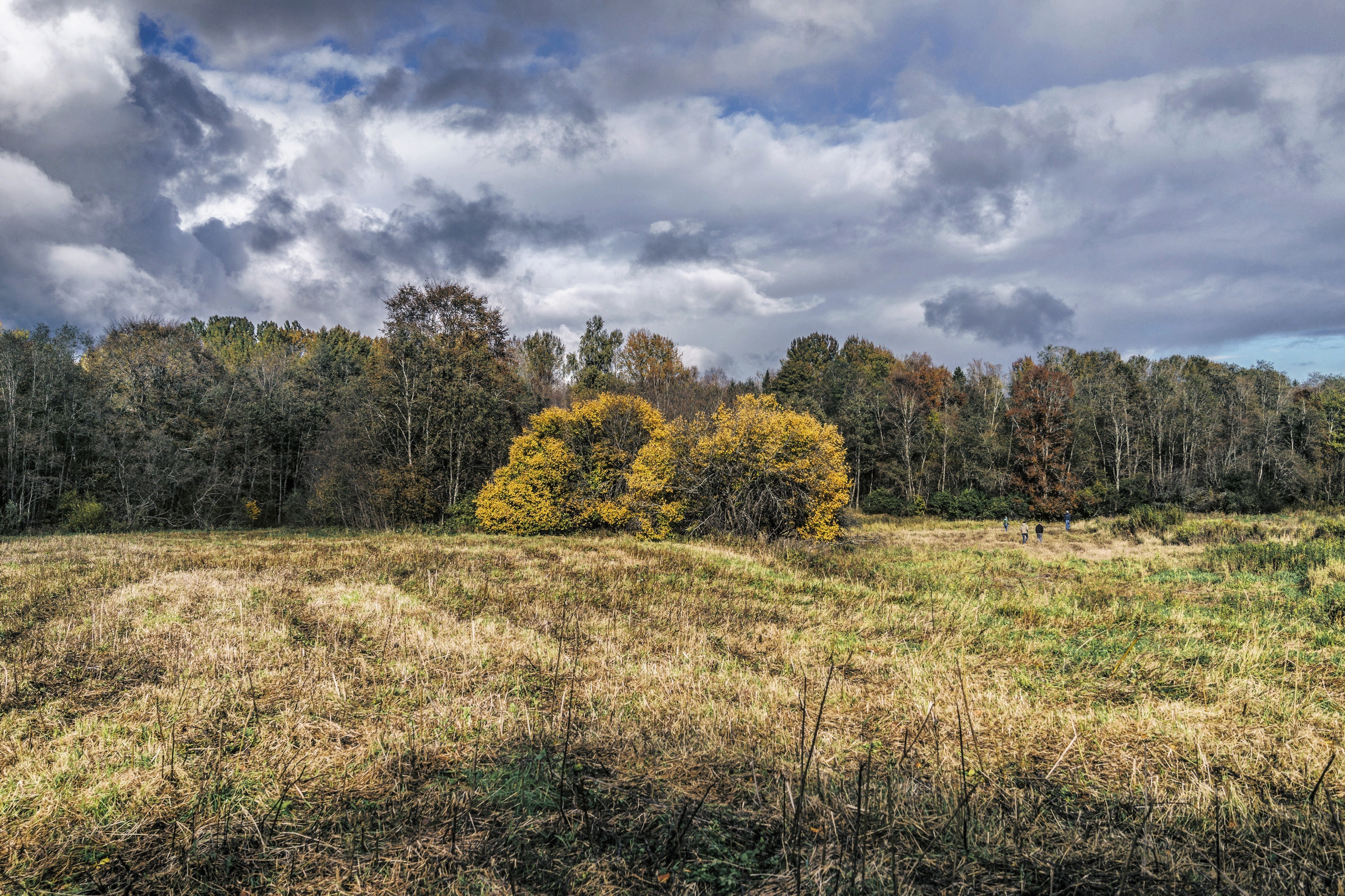 Kirna, Alam-Pedja. Slowly, more colours seep into the landscapes. One by one, the different botanical species decide, enough is enough, and let go. From green to red and brown – under the blue array of clouds – the whole palette is out there.

Toome, Tartu. Then the leaves start to turn in tides – the golden apex of the autumn is upon us. A dreadful time for all the diligent park supervisors who try to mitigate everyone’s awe with their gasoline-powered leaf blowers. That’s the actual beginning of the autumn –  the first loud scream of the first blower when first yellow leaf falls from in the park.

Karlova, Tartu. I wandered into this courtyard and complimented the locals for the beauty of it. Their tired response: “Yeah, right, it will be November in no time” – alluding that this all is just deceptive pre-rot. Yes – all those leaves are beautiful only until it’s not your responsibility to clean this mess up after the show.

Kassitoome, Tartu. It’s not a very long show. Not every year the fall of the leaves is accompanied by the sunny weather. But then they get in sync and it will be really powerful, like a bunch of dragons lying in their piles of gold. 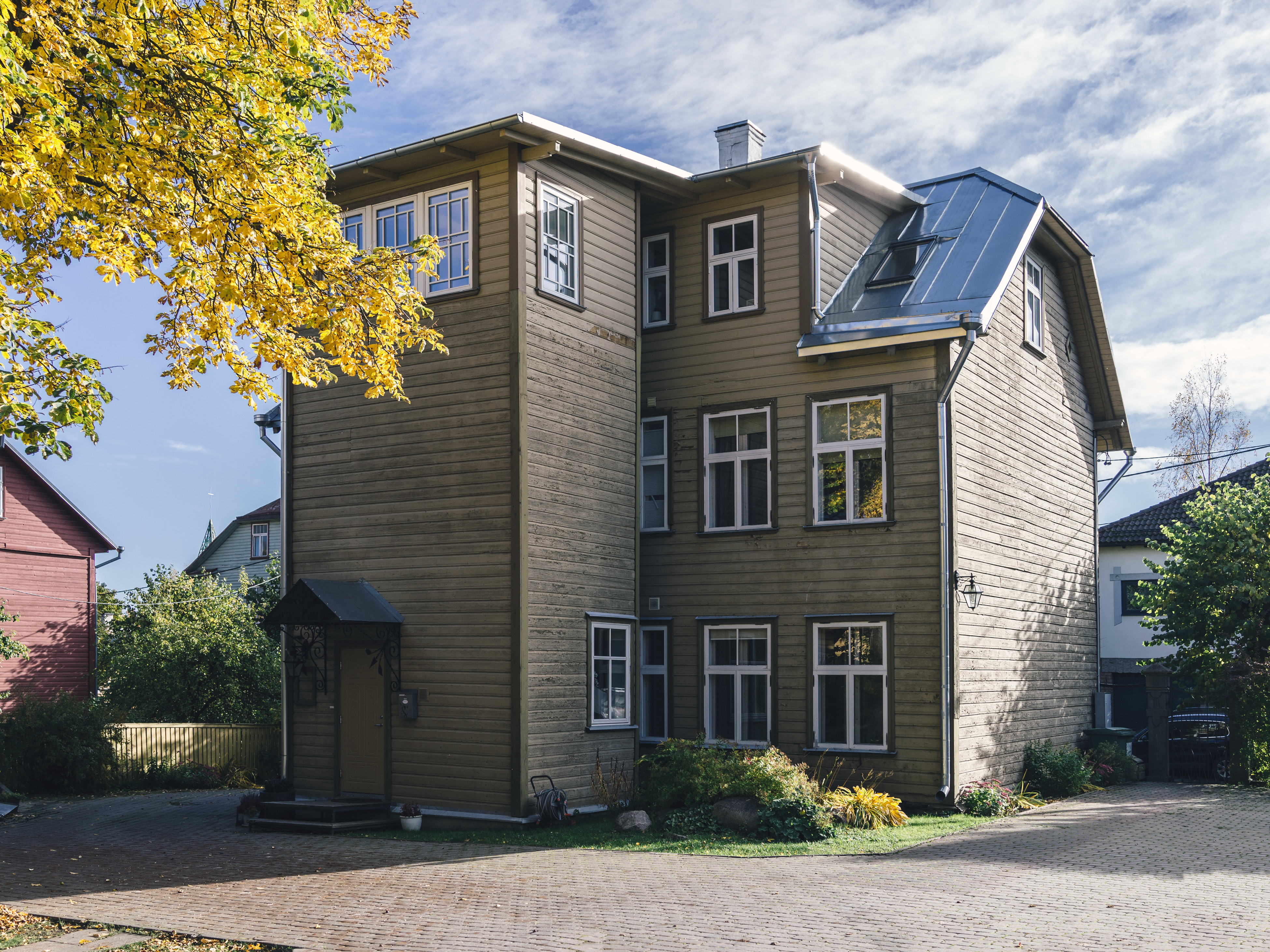 Karlova, Tartu. Everyone jumps on this short golden period with their cameras – it really is beautiful. There’s more you can do with the autumn colours than just shoot the golden dragon piles. A touch of yellow is enough to give quite a different look to your ordinary scenes too. 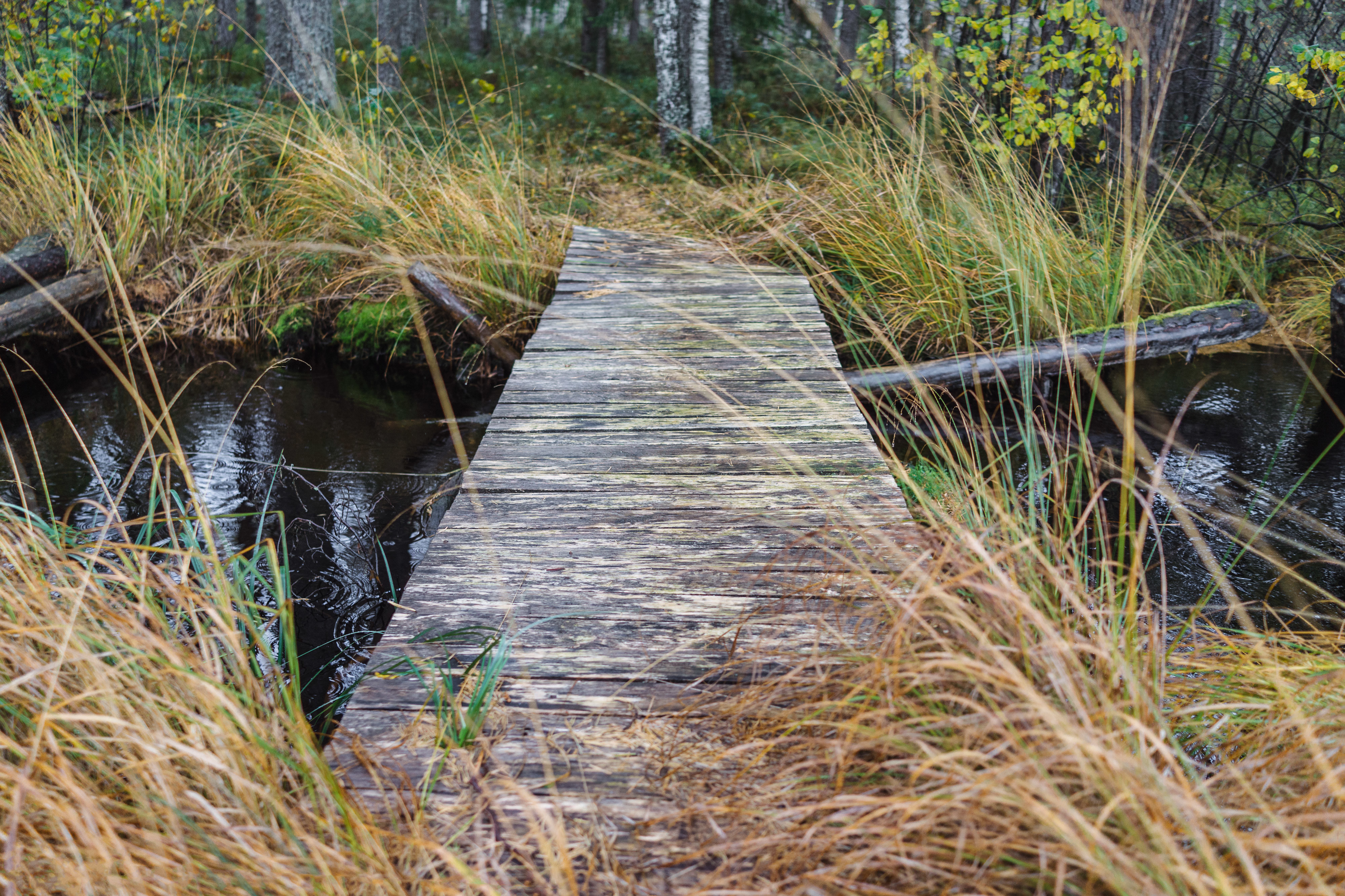 Lake Meelva, Põlvamaa. The winter draws closer and the nature falls silent. No need to join the nature and start hibernating, though. Instead, it’s the best time to wander in the woods and marshes – the mosquitoes are gone, it’s quiet and inviting outdoors. 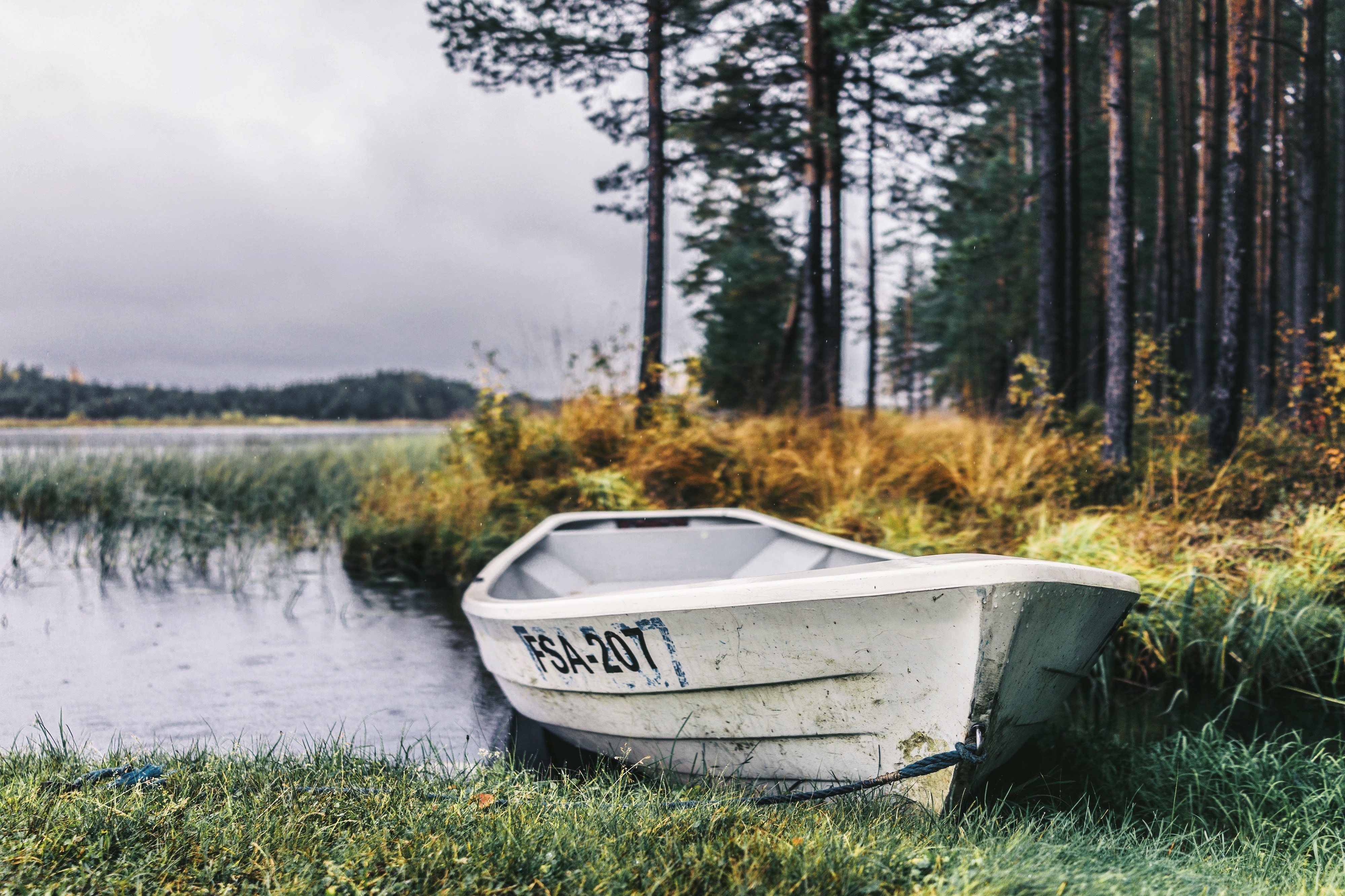 Lake Meelva, Põlvamaa. You can have it all – the entire lake. The whole forest. All the streets in a village. No one is usually there – except you. And it’s more beautiful than ever. If only there were more light, more hours in a day. By the end of November, it’s starting to get dark already after three o’clock in the afternoon.

Vaksali, Tartu. When the leaves are gone and the snow hasn’t arrived yet, the cityscapes go through an intermission that is hard to swallow for many of us. But, somehow, some parts of the town actually become more picturesque during this time. The old wooden districts, where houses aren’t disconnected from the street by large gardens, turn on their most painting-like faces.

Juuru, Raplamaa. And there it is. The first snow sometimes covers the gardens already in October, but most years, the truly frosty winter doesn’t arrive before January. It’s a long and dark November and the many following months. Still – with the occasional colder weather every now and then there’s a higher chance of seeing the sun. 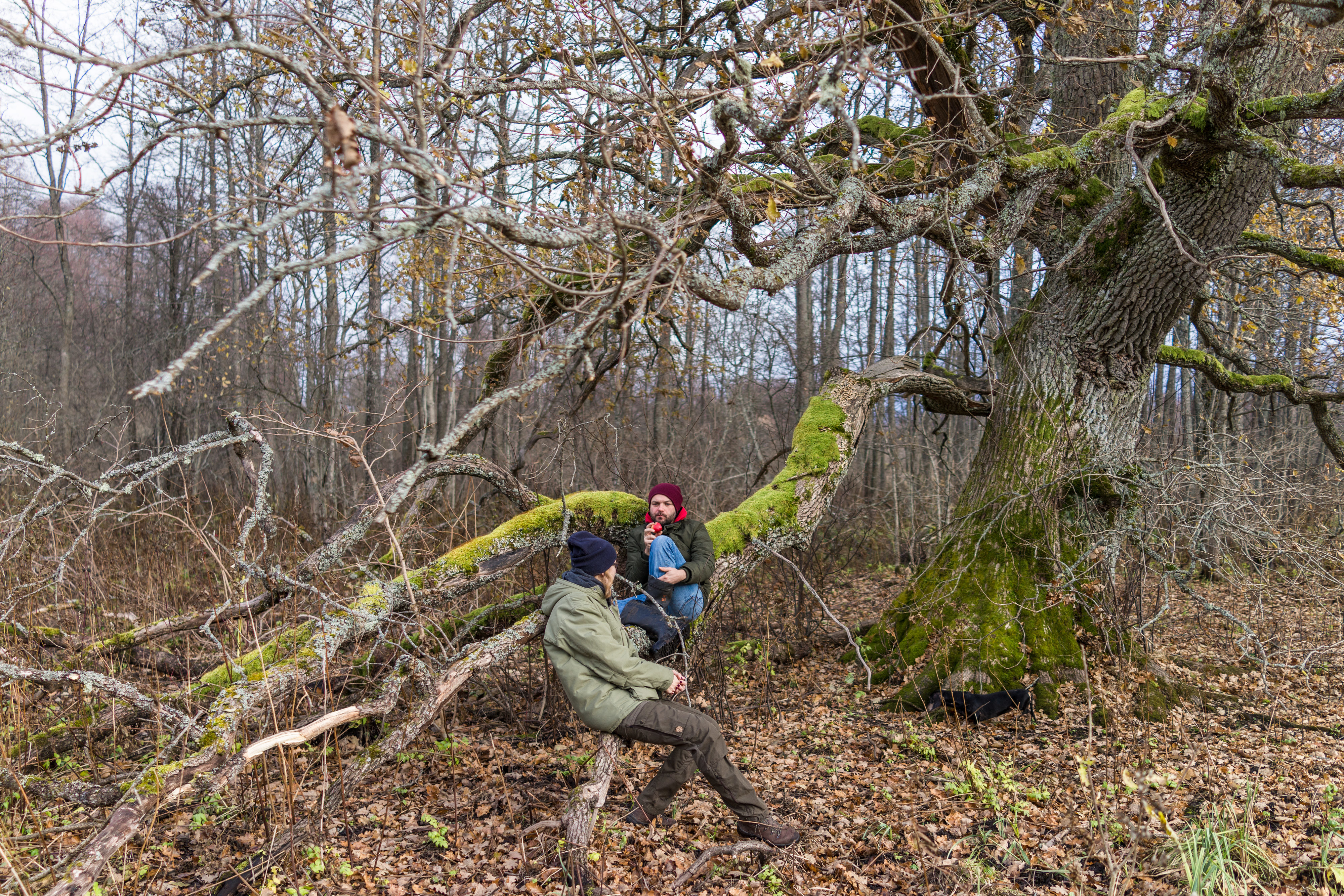 Mardu, Soomaa. The late autumn is a fine time. If you feel the cities turning too gloomy, get out every now and then. Take your friends and discover the woods – it’s the opposite of gloom there.

* This is the fifth part of the Estonian urban and landscape photo series, originally published on 5 December 2017. The first one, Eesti Blues, was published on 17 January, the second one, Eesti noir, on 6 February, the third one, Eesti mist, on 25 April, and the fourth one, Eesti home, on 6 June.

Cover: Narva-Jõesuu. Without people, the modern urban architecture and cityscapes are sometimes hard to distinguish from prison complexes. Still – as in this case there are no barbed wires and the sea on the backdrop so aptly symbolises freedom, this time it must be a beautiful, brutal city park. Add just the right kind of turning of the weather and you get a magnificient photographer trap.