Thousands of Estonians of the worldwide diaspora are flocking towards their tiny home between the Baltic Sea and Lake Peipus every summer. More locally, those living in the cities and towns move to villages and summer houses – almost like a great seasonal migration between the summer and winter pastures.

Estonia lies so far north that during the brief summer we don’t see much darkness. As if it’s just one very long day filled with near-constant light – and flies past in an instant.

Here are some pictures from the places that feel like home to me. 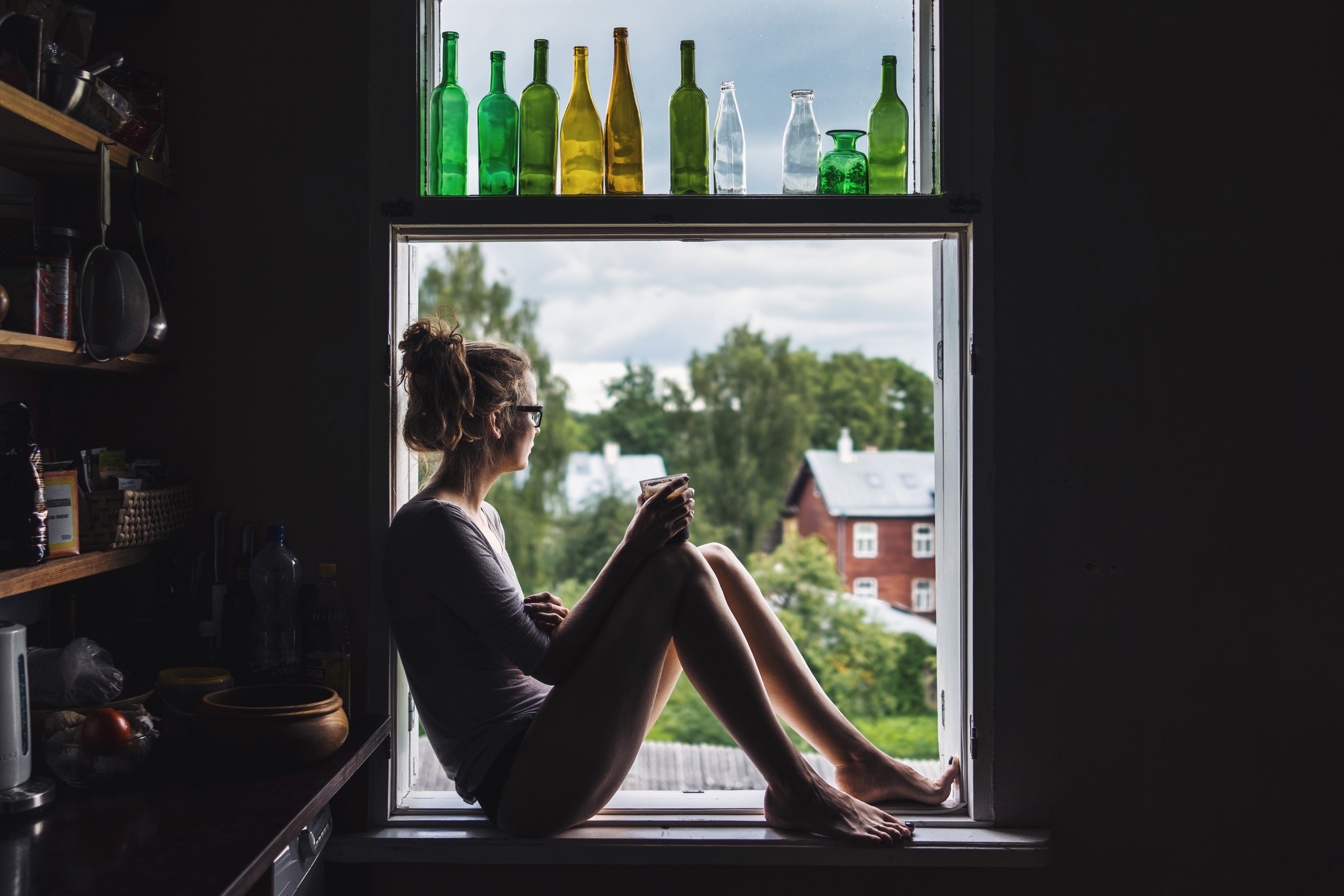 Supilinn, Tartu. When temperatures start to rise, clothes fall off and windows fly open. There’s really no time to waste  –  each warm day is counted and skis are already lurking behind the door. Soon it would be too hot, but occasional rain and thunder bring temperatures back down to bearable levels. 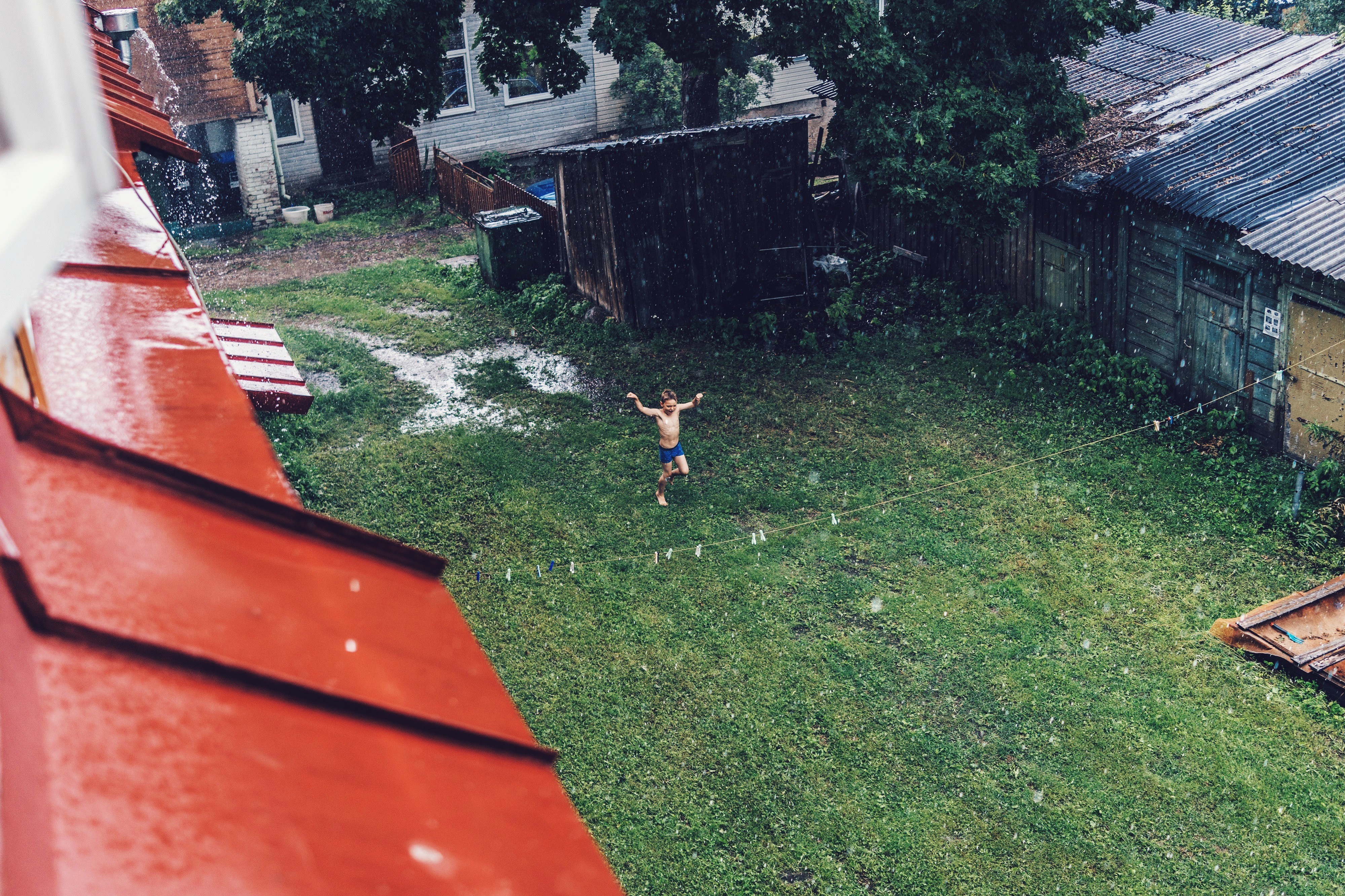 Supilinn, Tartu. As grown-ups retreat indoors and sit on window sills during the powerful summer rains, kids remain outside  –  this is their kingdom now.

Supilinn, Tartu. Singing with joy in his natural habitat  –  water. Another situation that makes one sing at home besides bathing and showering is cooking   –   if you take it slowly enough.

Supilinn, Tartu. Everyone wants to have their own home. Built by yourself, with your own hands. It can be small  –  it can be really tiny   –   but it’s yours and yours only. Home is where your bed is. 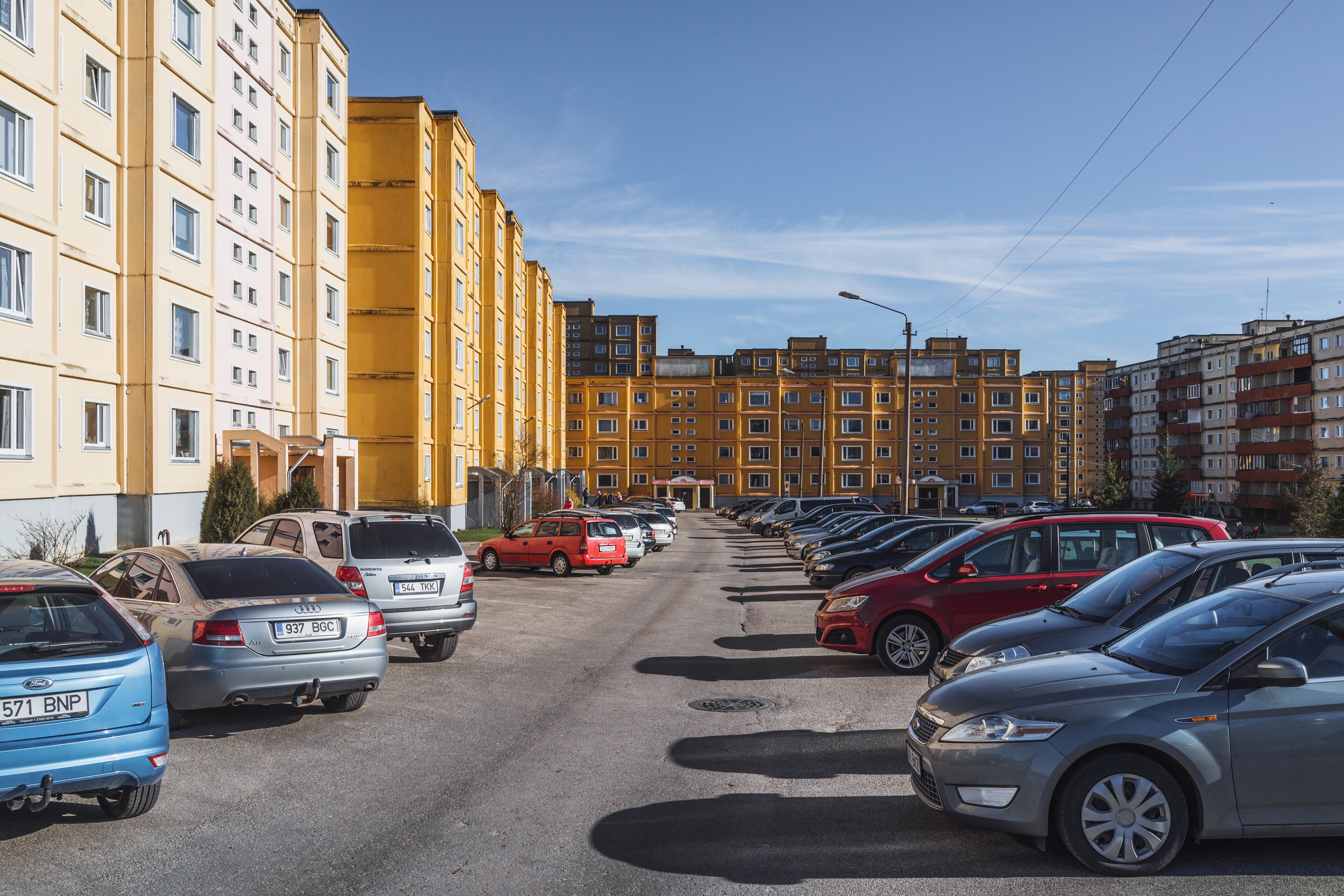 Annelinn, Tartu. I grew up in Soviet modernist projects like this one. Not quite as dense and a bit more green, but the overall feeling was similar. You can’t do much here outdoors   –   therefore many spend as much time in their small summer houses (dachas) in the countryside. Both the houses and the pavement radiate heat   –   so it gets pretty hot here. And it‘s actually oddly enjoyable. 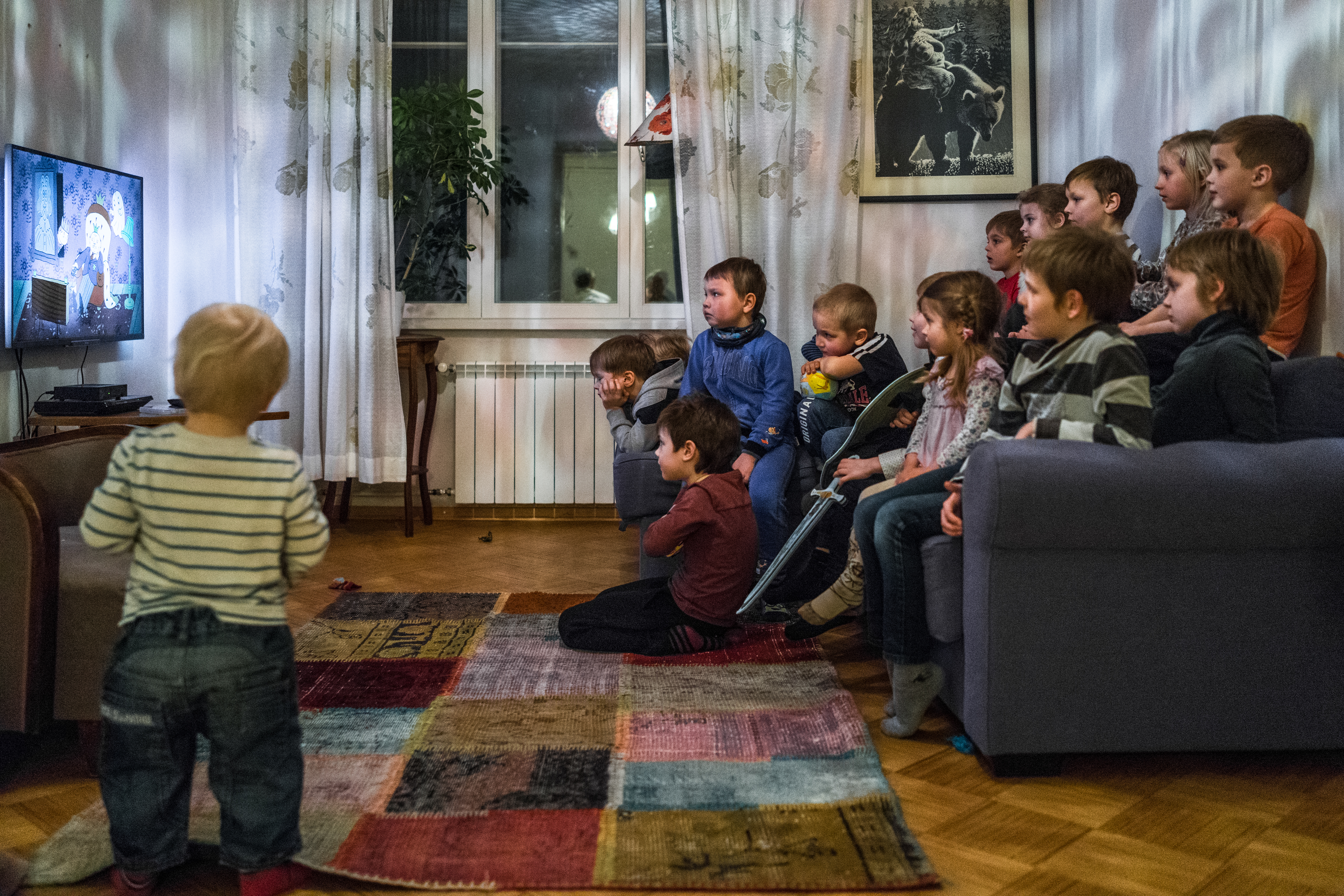 Tähtvere, Tartu. Back in the day, streets here were filled with kids. Now families are smaller and children have calendars full of expensive hobbies, organised by their parents. They don’t have as much time to slack off as we did a few decades ago. Even birthday parties aren’t usually held at homes but at some rented event location. Therefore seeing a swarm of neighbourhood kids like this at someone’s home is a pretty special occasion. 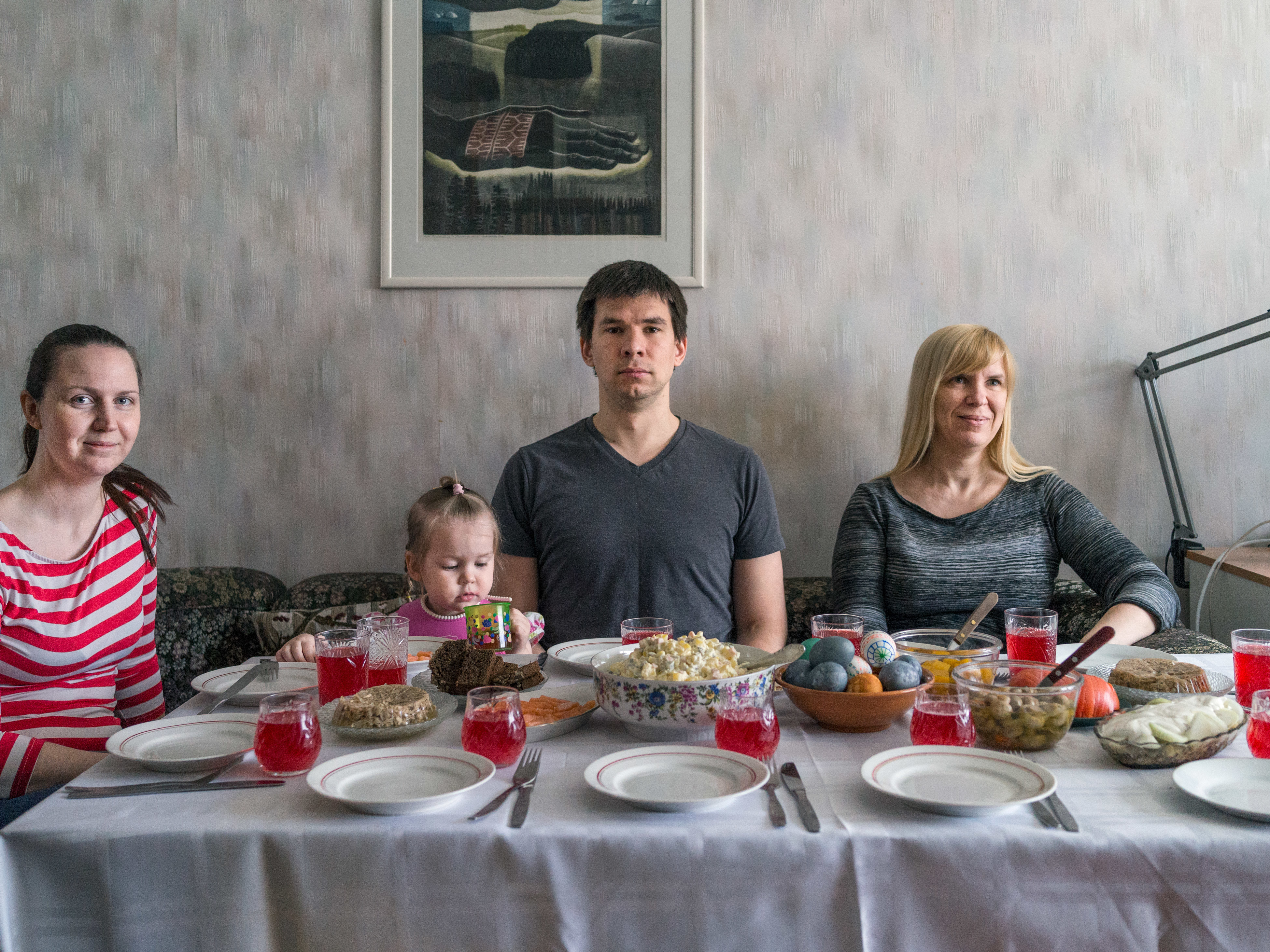 Annelinn, Tartu. Old family photo albums mostly have pictures of birthdays, weddings and funerals. People are stiff, looking into the camera. Everyday domestic life is a rare find. My photo stack is pretty much the opposite. So here’s one family photo as it’s supposed to be.

Supilinn, Tartu. Around the world, home means Sunday morning with pancakes and coffee. Local speciality is to have the cakes thick and small   –   made with sour milk or quark.

Supilinn, Tartu. Well, this photo is an over the top cliche of the idealised summer day in Tartu. Just counting the characteristic elements makes you wonder whether it’s staged or a real thing. The only error is the pair of mass-produced beer bottles. Surely it would be a commercial if those were local craft beer flavours instead. 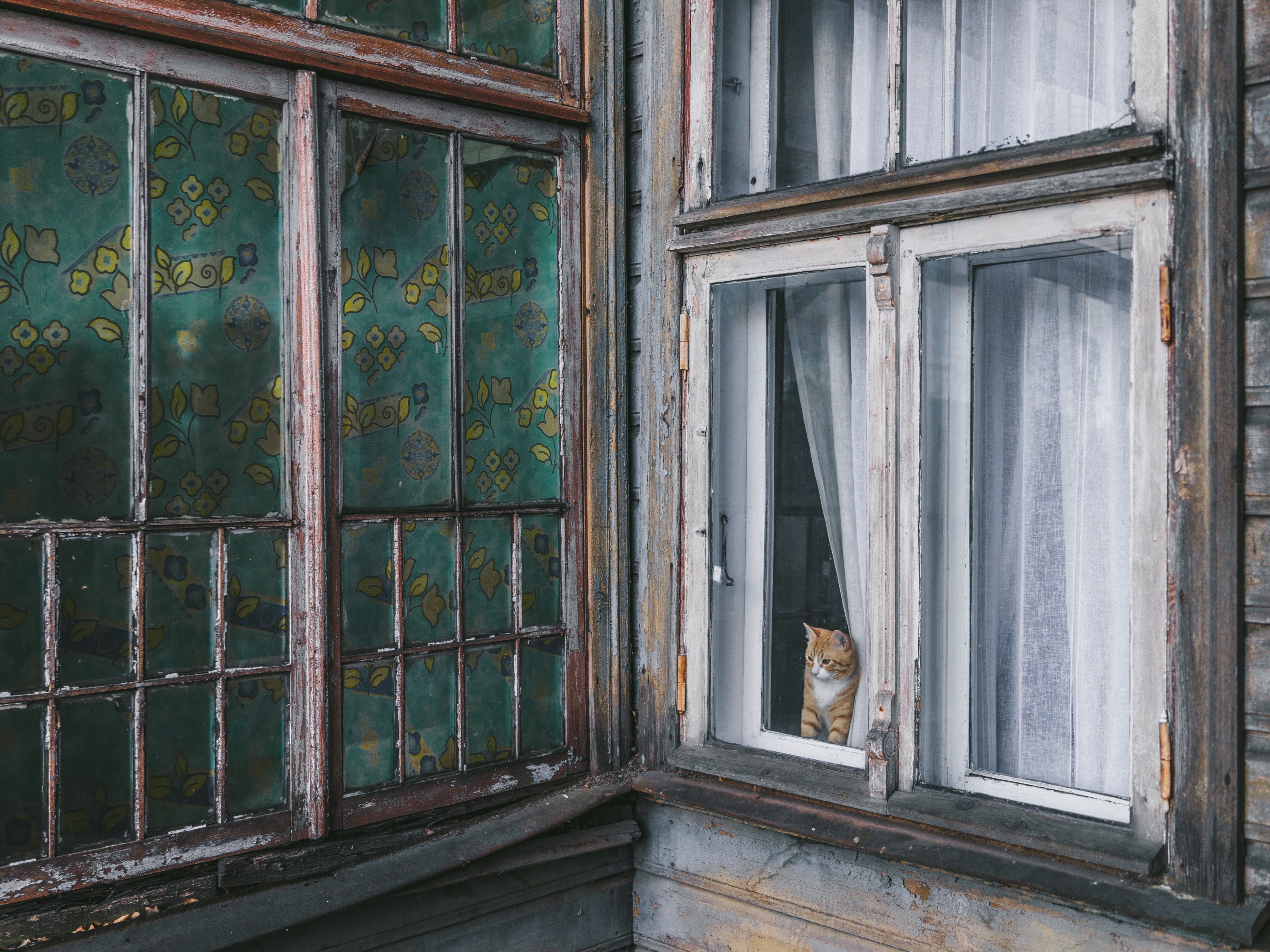 Supilinn, Tartu. Supilinn has its fair share of cats looking out of the worn-out window frames. This one guards a travelling art exhibition set up in someone’s nice little home   –   and becomes itself inspiration for subsequent pieces of art. 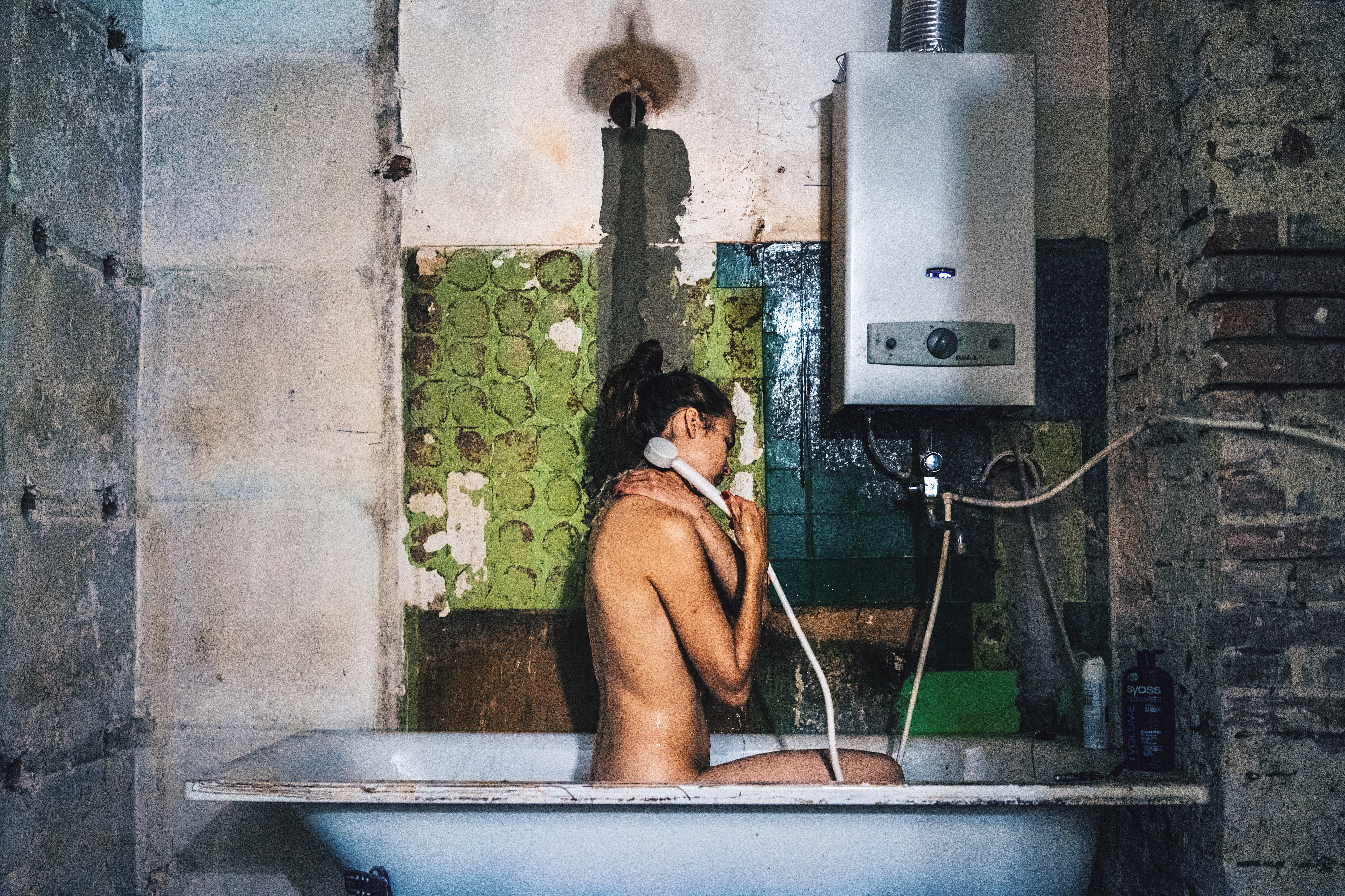 Kalamaja, Tallinn. When moving to a new place, one needs to make it feel like home. Peeling off a layer of shabby decoration in order to replace it with one of your liking reveals another and below it another layer of previous similar attempts. So far for me every little peel-off has resulted in a total teardown. And right before the start of reconstruction it tends to look most picturesque.

Meelva near Räpina. In southern Estonia, smoke saunas were as important parts of the household as showers and baths are now. Now old ones are being restored and some new ones get built.

It’s a much tougher task to heat one compared with modern saunas with chimneys   –   first you burn wood for hours and then you ventilate it for half that time. There is no way to increase the temperature after venting. But then again, this slow and diligent process is part of the appeal.

Raekoja plats (Town Hall Square), Tartu. We spend a big part of our time at work that it should feel like home. Better yet   –   build a kitchen and invite friends over if you can.

Kulgu, Narva. Some older Soviet-flavoured couples keep peace in their marriages so that the lady is in charge at the apartment whereas the husband keeps tinkering in the garage  –  whenever the weather is fine enough. The garages are clustered into blocks away from the house. Slowly each garage becomes a kind of a summer house and the cluster around it starts to look like a village   –   inhabited exclusively by men. 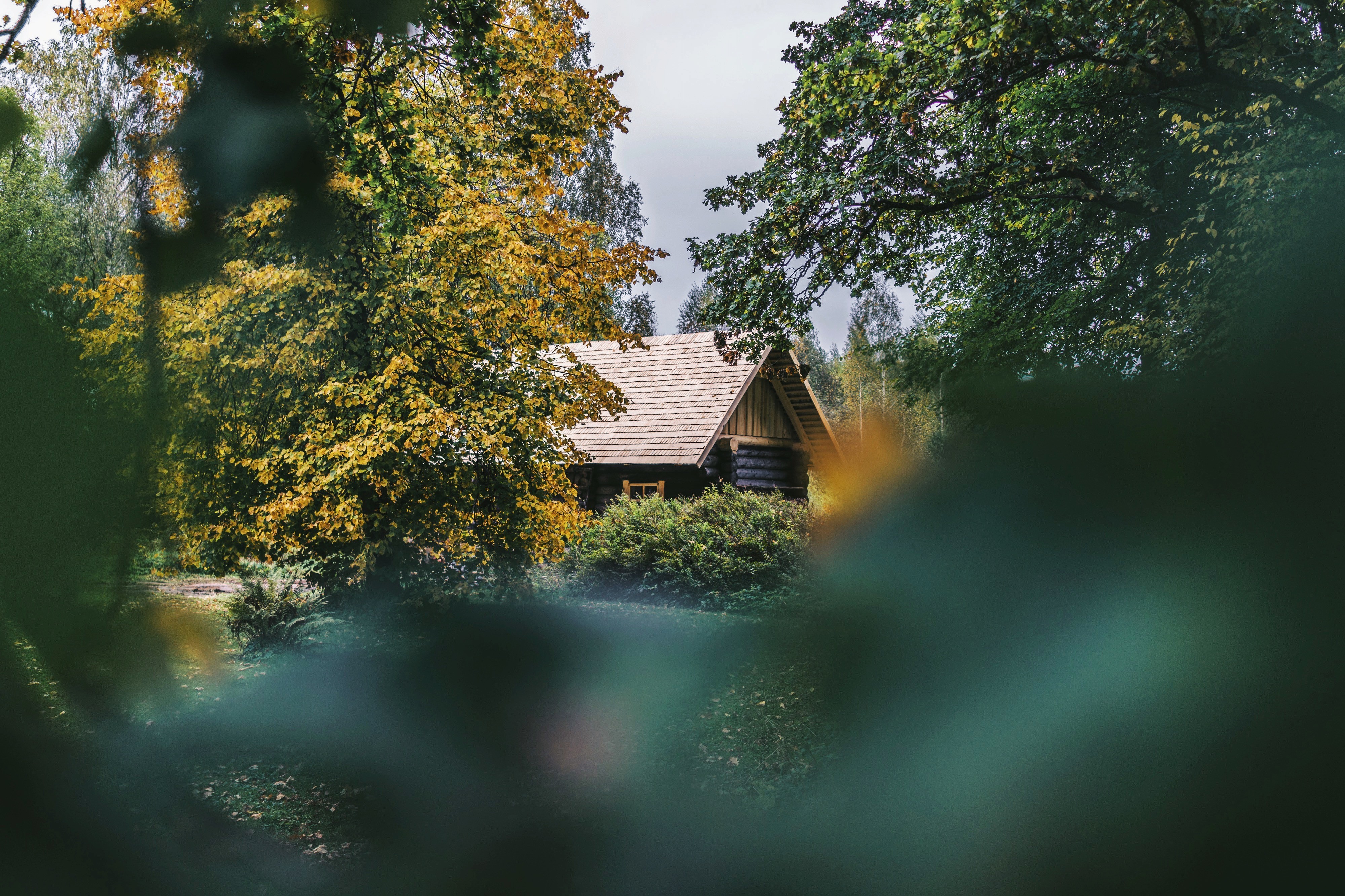 Meelva near Räpina. Most of the Estonian villages are sparsely populated. Instead of cramming houses into one place and tilling the fields around it, each house was surrounded by its own fields and woods when possible. You often don’t see any other house than your own.

Supilinn, Tartu. For those who don’t migrate away in August, a peaceful time begins in the autumn. There’s no rush, no need to fill up your calendar with friends, events and almost obligatory enjoyment. Now you don’t have to worry about the unforgiving pace of time anymore. You can just work, learn or hibernate. Finally you are free again.

This is the fourth part of the Estonian urban and landscape photo series. The first one, Eesti Blues, was published on 17 January, the second one, Eesti noir, on 6 February, and the third one, Eesti mist, on 25 April.

Cover: Supilinn, Tartu. The Japanese moment of Estonia  – instead of the cherries blossoming  – the apple trees signal us the beginning of the summer. We move outdoors, to cook and to eat, to read and to sleep. This is a rooftop terrace on top of a wood shed – summer literally throning above winter.

11 thoughts on “PICTURES: Eesti home through the eyes of photographer Tõnu Runnel”