The feeling that the day is ours, whereas the darkness of the night belongs to someone else. We are strangers in those realms. Yet the lack of light is almost constant in the late autumn and early winter for those confined to the office space during the short hours of daylight.

Here’s a set of pictures of memorable buildings and landscapes that I’ve encountered in the Estonian darkness over all four seasons.

Rotermann, Tallinn. What once was the coolest cinema in town has slowly become a city planning error. The deserted factory zone, once hidden behind its empty backside, has now been renovated into one of the crown jewels of Tallinn, a city inside the city. The cinema now looks out of place, having not anticipated the phoenix rising behind its back. The strange ramps for both humans and cars beside it cut Rotermann away from the rest of the city.

Aparaat, Tartu. The now demolished courtyard houses of a factory looked more like half-conscious machines  –  as if a scene from a Simon Stålenhag painting. The former factory around the yard now houses restaurants, studios and offices of the creative class – just as you’d expect. 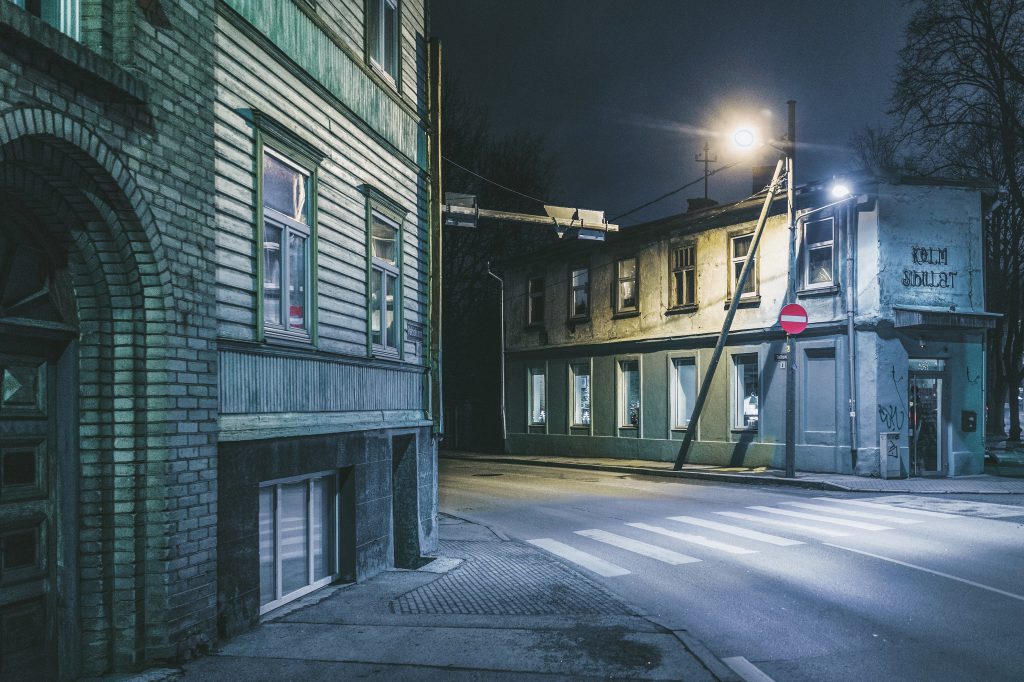 Pelgulinn, Tallinn. The wooden residential districts of Põhja-Tallinn are some of my favourite parts of the town. Human-relatable size of the streets and houses, a photo waiting to be taken on every corner, in front of every house. It takes some time walking around to start noticing the noteworthy compositions in the setting that looks banal and ordinary on the surface.

A courtyard beside the Town Hall Square of Tartu. This beautiful small square lies between my Tartu office and a nice little restaurant. A tree in the courtyard turns the space into a thing in itself, rather than a piece of land forgotten behind the walls of the surrounding houses. The growing trend of decorating the trees with lights and flags adds a finishing touch to it. 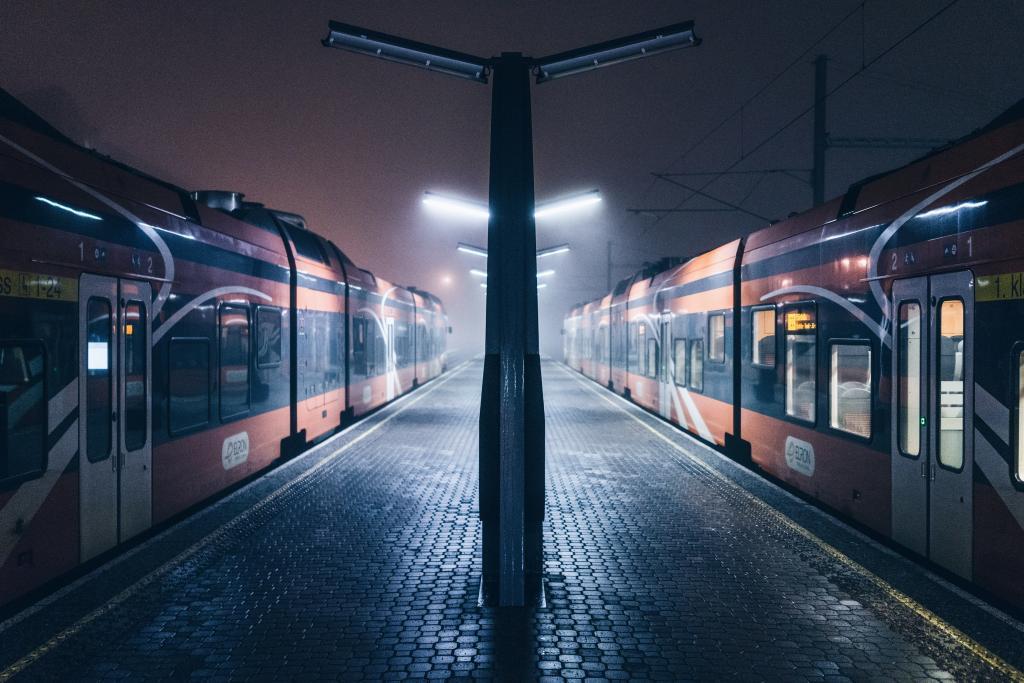 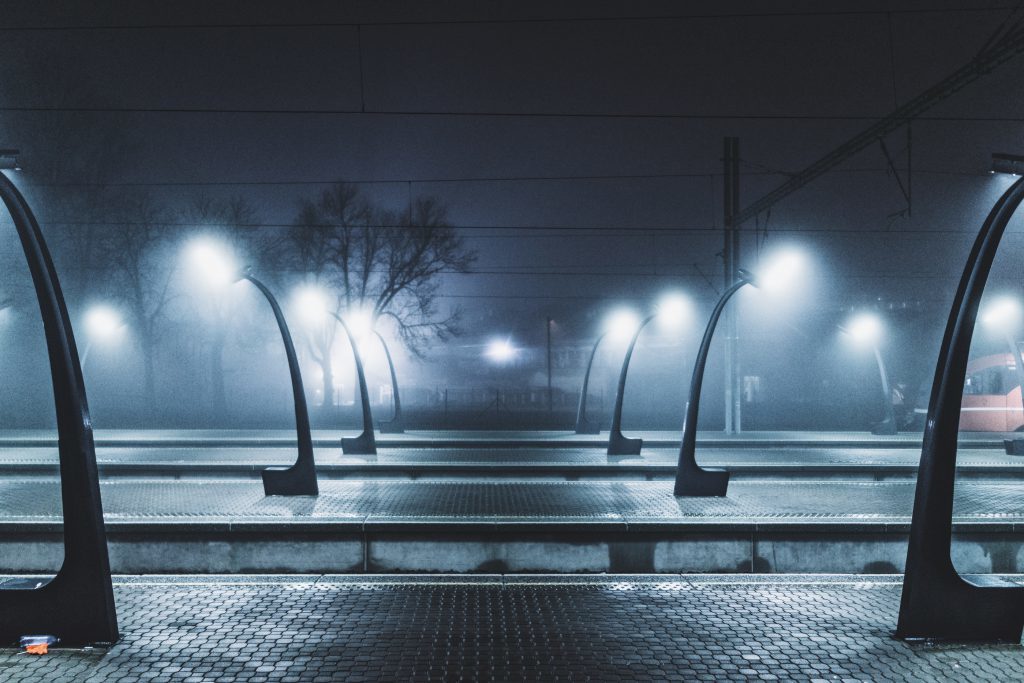 Balti jaam, Tallinn. There are no real passenger lounges anymore at the main train station of Tallinn. Nor do the platforms with beautiful futuristic streetlights offer much protection from the rain and wind in case your train is late.

Tähtvere, Tartu. An ice skating rink in the winter and a song festival ground in the summer, this Soviet-era colosseum stays empty on most days. Like a landing space ship, its roof  – built both to enhance the acoustics and protect from the rain  –  hovers above the place. 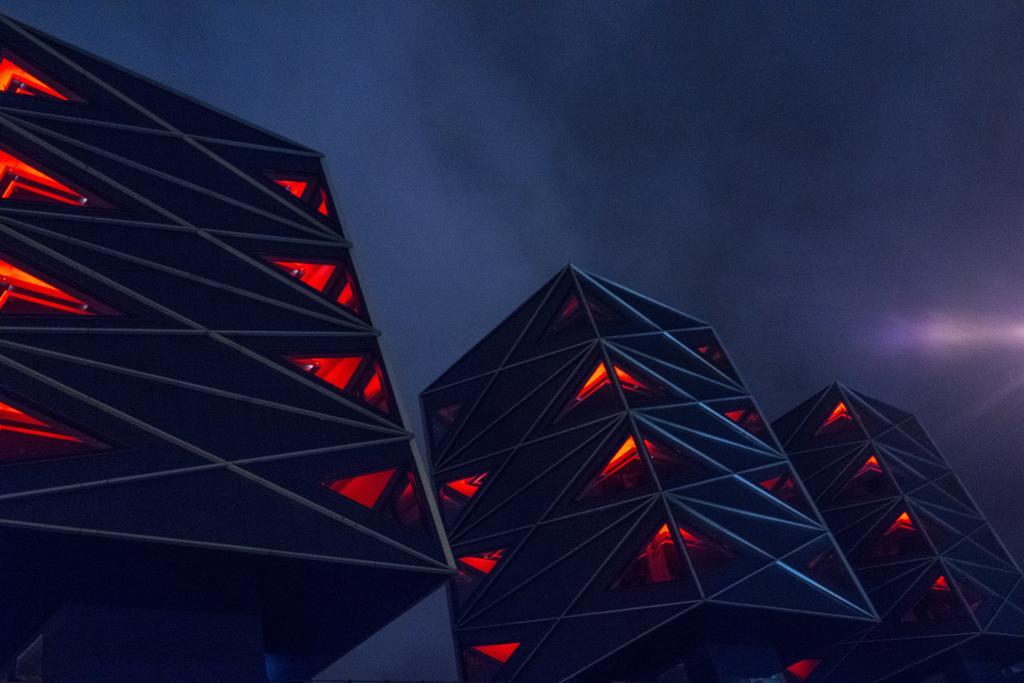 Rotermann, Tallinn. Probably the coolest office I’ve had  –  from the outside at least. The red-eyed terminators are switched on in the dark after everyone has left. The towers sit atop of an old stone building, making the whole scene one degree more bizarre, as if they’re just resting for a while. 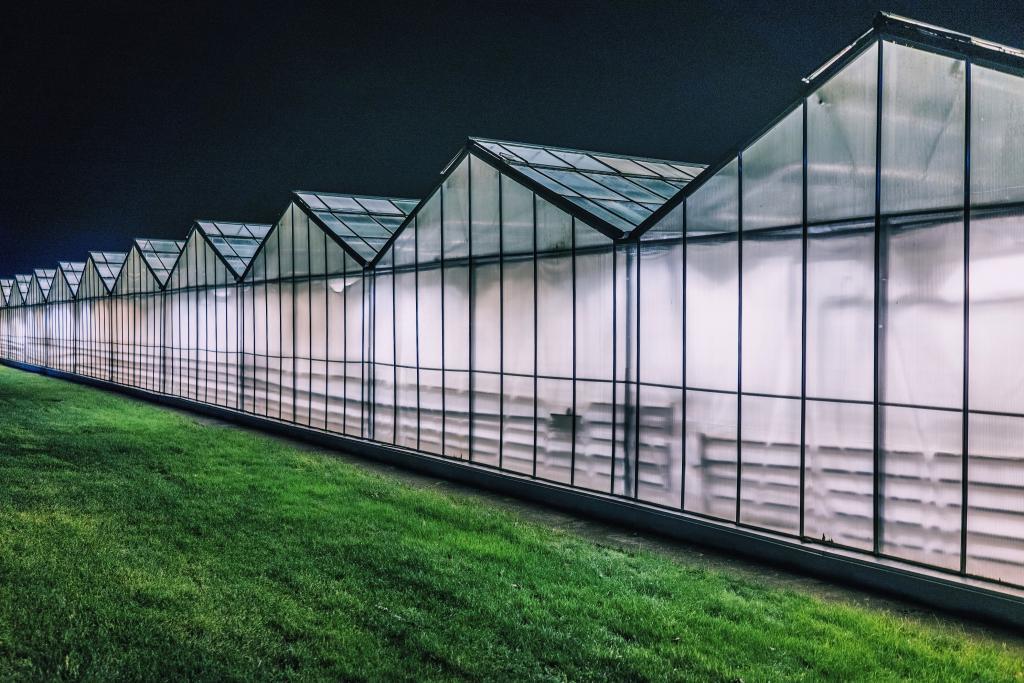 Lohkva, Tartu. The amount of light emitted from this industrial scale cucumber farm on the edge of the town makes Tartu visible over long distances during the night time. Coupled with the huge chimneys of a heating and electricity plant beside the farm, it feels like a military-run research facility from the X-Files. 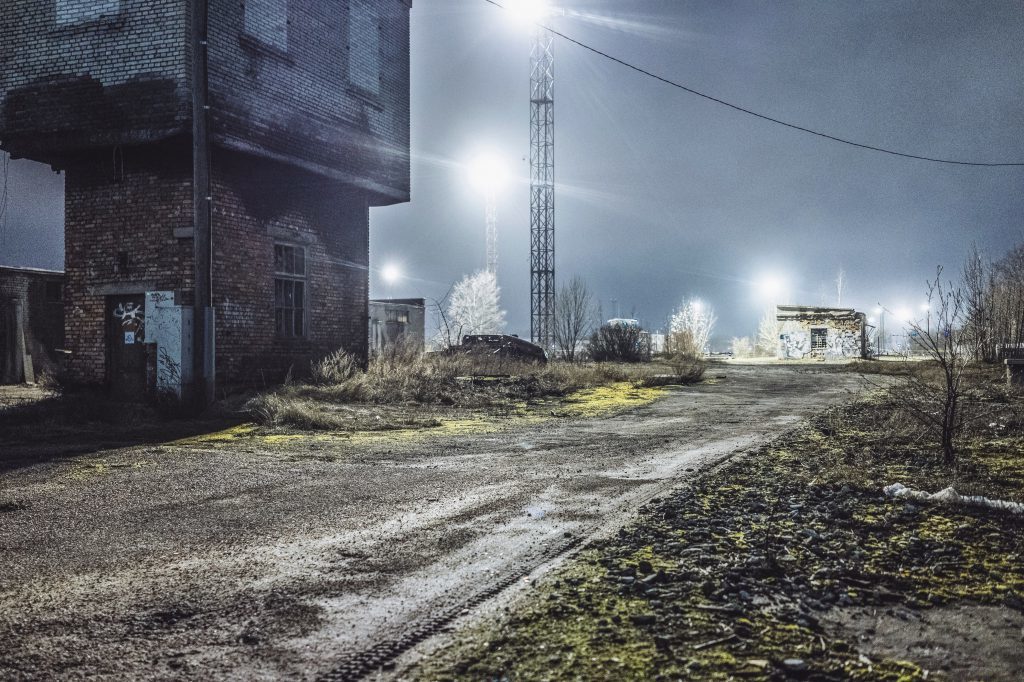 Telliskivi, Tallinn. The dystopian landscapes of the half-deserted industrial zones in Tallinn are well suited for shooting sci-fi or post-apocalyptic movies. As the real estate prices rise and residential and soft commercial areas keep encroaching closer, the industry moves away and leaves us without some strange yet undoubtedly enjoyable spaces. 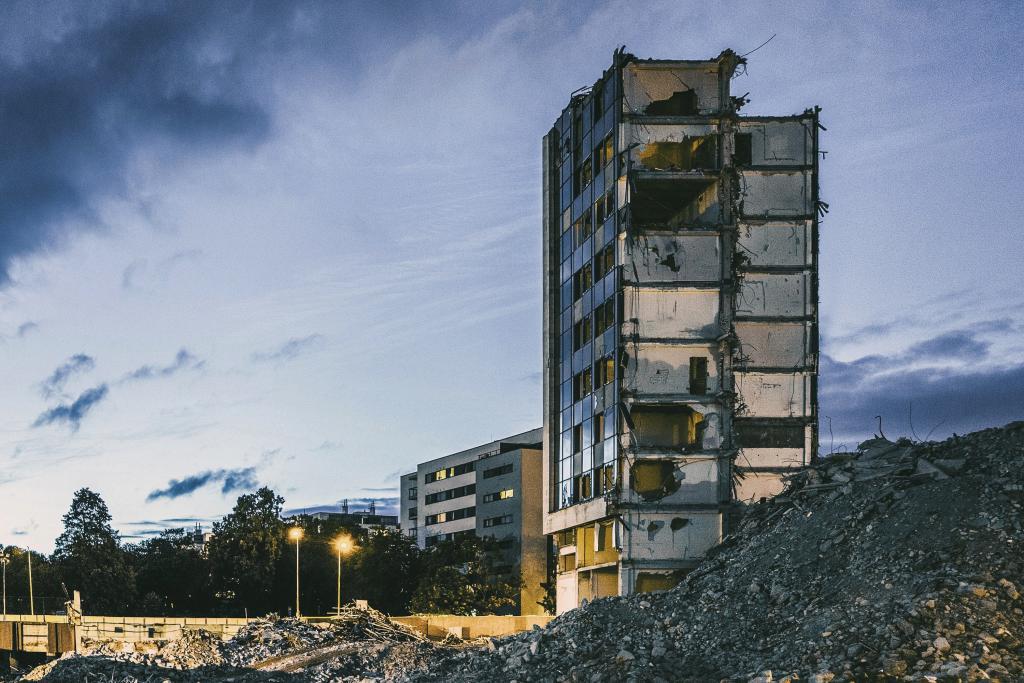 Uus Maailm, Tallinn. You don’t get to witness demolition of huge buildings in city centres too often. A significant piece of Soviet-era architecture, belonging to the ministry of finance, was “reconstructed” to house a lot more government officials.

Vaksali, Tartu. A relic of the czarist era, the majestic railroad station of Tartu stayed in a bad shape for many years before opening up once again to the passengers just a few years ago. Almost all railroad stations in Estonia  – most of them wonderful pieces of architecture –  have either stayed empty or changed their function to something unrelated to travel. The once busy stations of Tallinn are now poorly planned retail spaces, leaving the Tartu station the crown jewel of the revitalising rail transport. 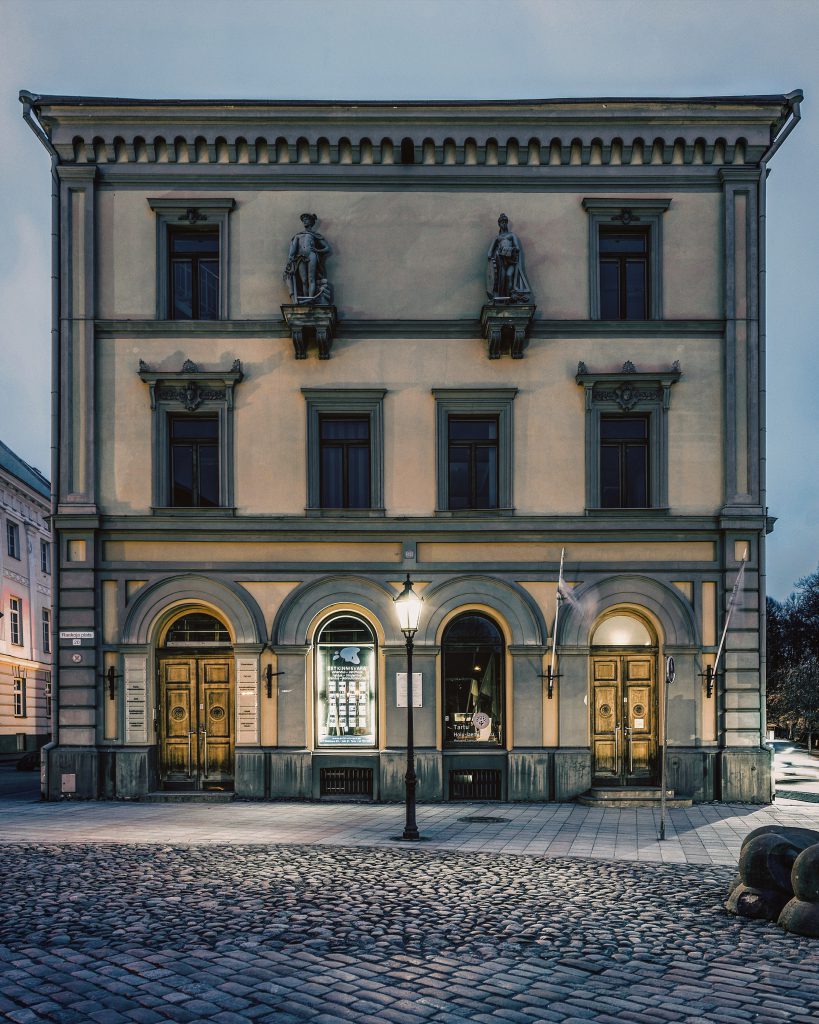 Tartu Town Hall Square. The Mediterranean-looking bank building from the 19th century that no one misses to notice at the central square of Tartu. Its Neo-Renaissance style must have felt kitschy to the contemporary progressive minds. But as it often goes  –  time washes schmuckiness away and now everyone sees it as a valuable piece of beautiful architecture.

Käsmu Captain’s Village. A former lighthouse facing the sea in the north and glowing from the faint midnight light of the midsummer. This is the smallest house I’ve spent a night in –  yet it’s big enough for Aarne, the keeper of the Maritime Museum behind it, to sometimes live and work in during the warmer months of the year.

Supilinn, Tartu. The view from my kitchen on a still winter night. Standing on a slope of a hill with a wide view over the gardens, sheds and neighbouring streets, my windows are an ever changing canvas. The fog, snow and rain clouds can each drastically alter the mood of this picture. 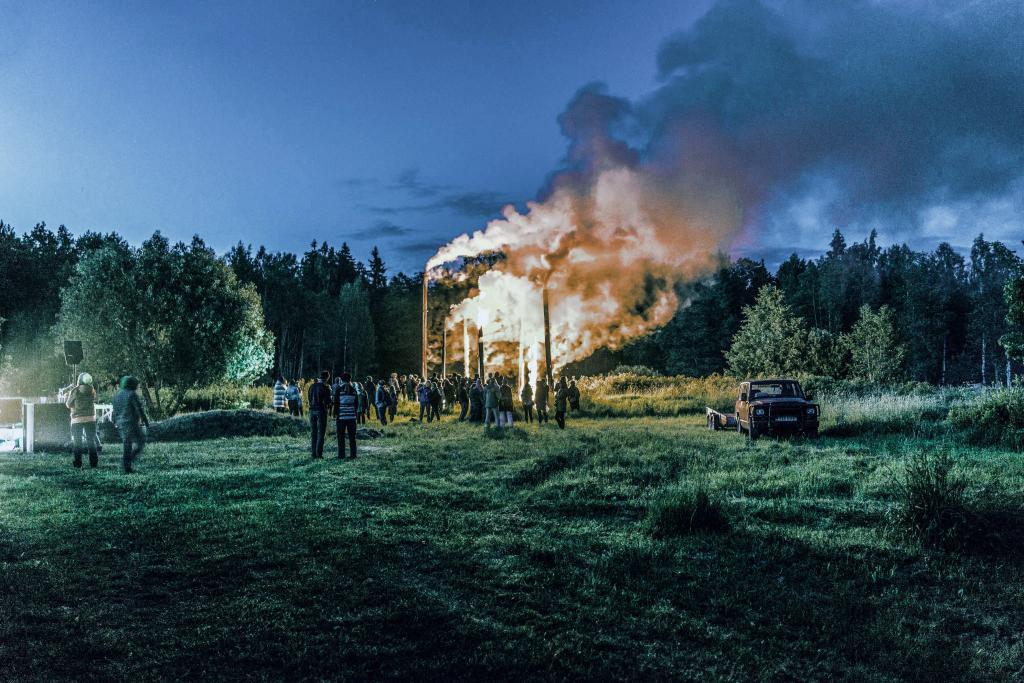 Mardu, Soomaa. We are drawn to the light in the night time  –  just like the insects. During the Midsummer Day festivities, bonfires are lit all around Estonia. Sometimes other, stranger art performances with the light and smoke from the burning wood take place. Like this one, during the Concert of the Beginning of Mosquito Buzz. Yes, it’s a thing.

Meelva near Räpina. Humans always bring light with them  –  you can therefore never experience total darkness in the inhabited places  –  except maybe during some odd blackout. Yet there are enough remote corners of Estonia to get away and listen to the total silence of the moonlit nights.

This is the second part of the Estonian urban & landscape photo series. The first one, Eesti Blues, was published on 17 January.

Cover: Vaksali, Tartu. Some foggy mornings bring so little color to the surroundings that it’s later hard to distinguish by the photo whether it’s the moon or the sun. Fog is like a little night  –  it too cuts the vision short, undersaturates the colors and makes you feel like a stranger.

5 thoughts on “PICTURES: Eesti noir through the eyes of photographer Tõnu Runnel”