Private initiatives raising funds for education is a rather new approach in Estonia. Several foundations have kicked off only recently to broaden the horizons of Estonian students and enable them to tackle challenges out of their comfort zone. Private donors hope children will get better jobs in the future and possibly change the world.

Eesti 2.0, a non-profit private initiative, was founded just a year ago, but has already launched three projects. In early June, the organisation announced that 50 schools in Estonia would each receive two littleBits STEAM Student Sets, easy-to-use electronic building blocks that empower everyone – of any gender, age or technical background – to create inventions, large and small. The programme’s launch was attended by the Estonian president, Toomas Hendrik Ilves; the founder of Eesti 2.0, Hardi Meybaum; as well as other supporters of the cause. 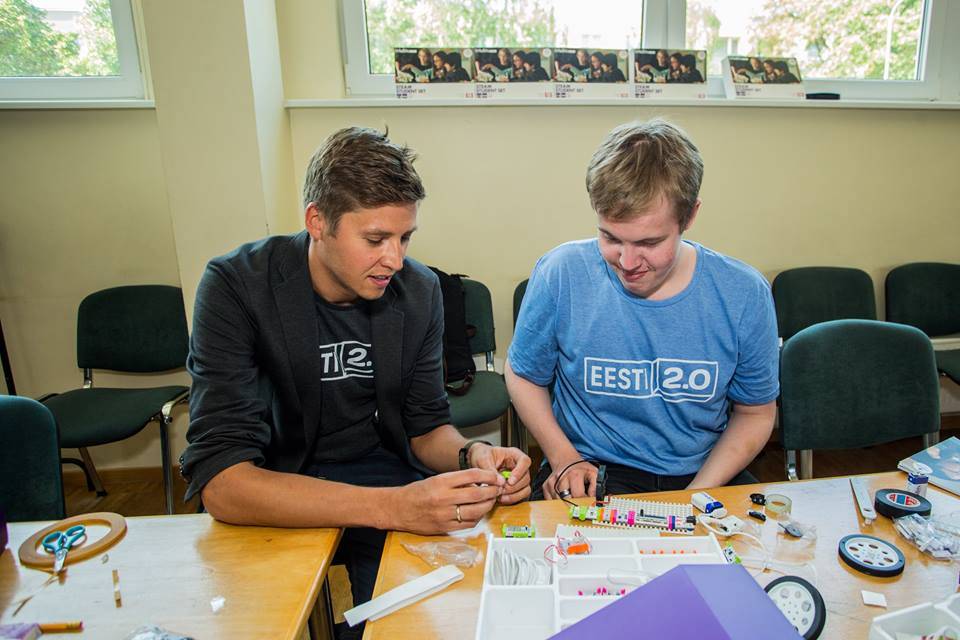 “littleBits will enable to make physical objects move around and the electronics are simple enough so even the elementary school students will understand how to build electronic circuits, but the older kids can build more complicated machines,” Meybaum explains choosing littleBits to become the next project of Eesti 2.0.

In May 2015, Eesti 2.0 ran a pilot programme delivering MakerBot Replicator 3D printers to 50 Estonian schools that resulted in 3D printing becoming a major success in the Estonian education system. Almost half of the digital student projects submitted to this year’s national science fair, “World Country Estonia”, organised by the Information Technology Foundation for Education (HITSA), was in 3D technology. Lately, the municipality of Tallinn announced a procurement for buying 3D printers for all schools in the capital, cementing the understanding that 3D printers offer a multitude of opportunities to teach new technologies at schools. 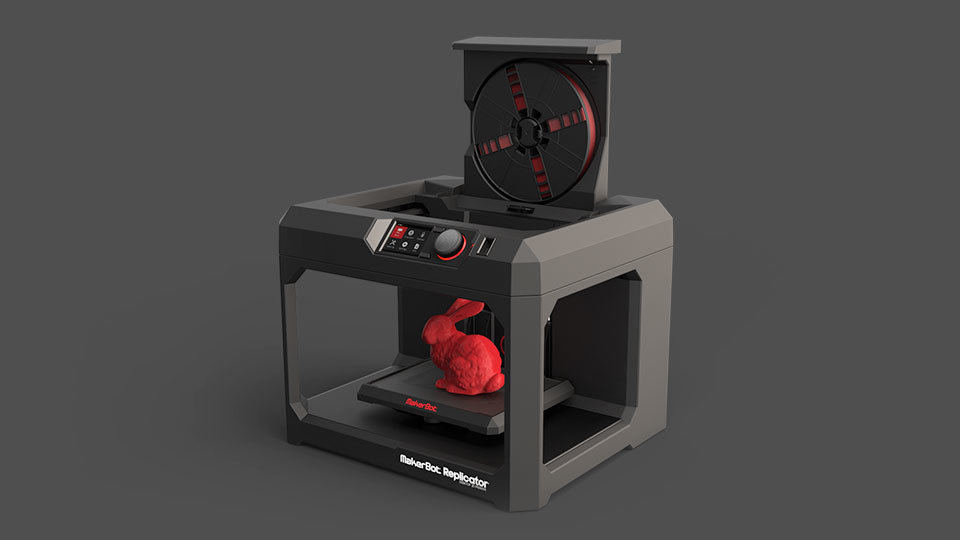 As of May this year, Eesti 2.0 introduced bitcoin computers built by 21.co, a Silicon Valley based startup. Balaji Srinivasan, the founder of 21.co, an influential thinker on bitcoin technologies as well as a lecturer at Stanford University, has set up an exclusive online course providing Estonian schools with instructions on how to get started with bitcoin computing and machine-to-machine micropayments. Students in this programme will gain expertise with the bitcoin protocol, and will learn how to set up machine-payable endpoints and how to write code that uses bitcoin micropayments, such as simple games. The material also covers the blockchain, the special distributed database that underpins the bitcoin protocol. 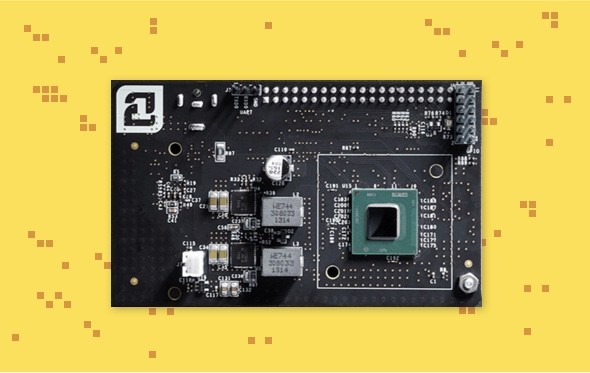 “Our aim is to inspire Estonian schoolkids to pick their future in technology,” Meybaum, who is himself a good example of how an early interest in technology and resilience can take one quite far in life, asserts. He founded the company, GrabCAD, that in 2014 was acquired by Stratasys, one of the world leaders in 3D technology. 3D printing is one of the fastest growing industries as it enables to produce prototypes at low cost and little time. Literally anyone can print an artificial limb or even a spare part for the space shuttle. As also proven by the Eesti 2.0 3D printer project – even elementary school students find the printers fascinating, but, at the same time, easy to use.

“We want to bring to our schools new technologies that would enable students to span their knowledge across disciplines,” Meybaum notes.

Eesti 2.0 has been supported by a group private donors. Anyone can contribute to the mission and as soon as enough funds have been raised, Eesti 2.0 will help the next school in line to obtain the device.

Eesti 2.0 focuses on elementary, middle and high school students across Estonia, targeting all 533 schools with 137,236 students. While this is the most ambitious attempt by private capital to influence this most populous segment of education, the foundation follows in the footsteps of those whose charity has focused on higher education.

This summer will be the 12th in row that will see 20 talented high school graduates to receive a scholarship to continue their studies in well-acclaimed European and American universities.

The Young Scholar’s Grant was initiated by private entrepreneurs in cooperation with the ministry of education and the Archimedes Foundation. Last year, the private donations reached €40,000, which was matched by the same amount by the state. Private donations can be anything starting from €10, while some people have committed to donate €5,000 each year.

“Most of the people who want to support students’ studies abroad have experienced living someplace else,” explains Tõnu Pekk, the chairman of the board of the Young Scholar’s Grant. “This is not charity but rather a way to indicate a certain shift in the society.” 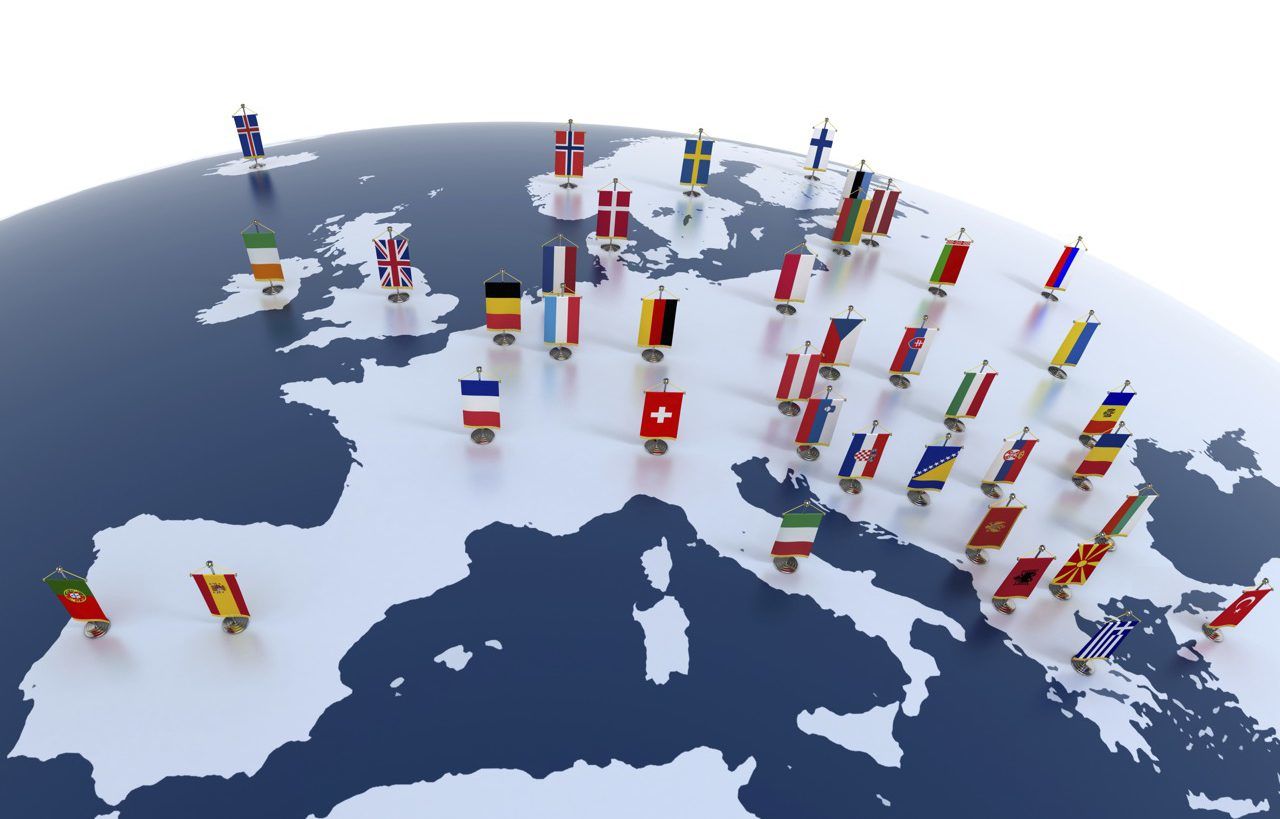 The Young Scholar’s Grant has helped 110 high school graduates to start their studies in a foreign university, like Oxford, Cambridge, Harvard or Yale. So far only one of them has returned home before completing the studies abroad, just to do it in an Estonian university. At least half of the students have by now also finished their graduate and post-graduate studies.

There’s no need to worry that the students who go to study abroad are “lost souls” for their homeland since they have all stayed committed to making Estonia a better and a bigger place even if they are not here physically. Despite the fact that there is no requirement to return home after they have completed their studies, the most active students have initiated the local Estonian Society in Edinburgh and a few students at Cambridge organised a Baltic Conference. Last year also saw the first grant supported by the former students.

While the Young Scholar’s Grant will most often take care of the costs of a student during their first semester of their bachelor’s studies abroad, there is another private initiative that aims to support the students of graduate or post-graduate level. The Tamkivi Foundation for Natural Sciences supports young Estonians’ studies and research in the field of natural sciences. 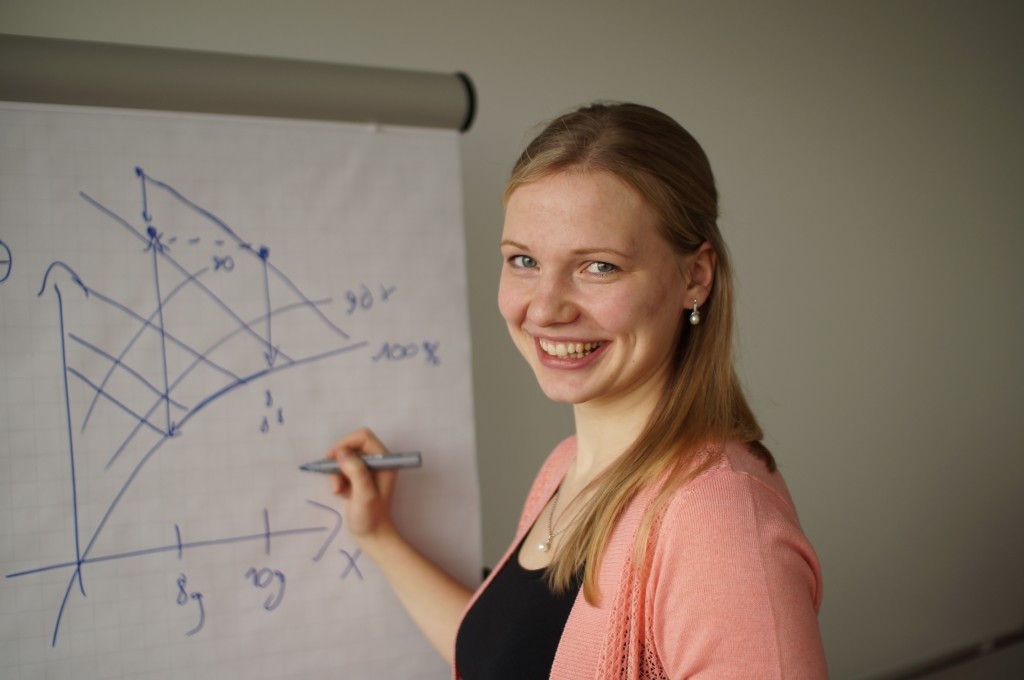 Managed as an endowment by the Estonian National Culture Foundation, the foundation has allocated five grants since it was founded in 2013. Last year, three fellows were chosen among the high quality of candidates.

Education is the basis of an open society

Ever since Estonia regained its independence, the Open Estonia Foundation (OEF) has been running dozens of educational programmes spanning from sending Estonian students to study in the UK, the US and the Central European University in Budapest, Hungary, to publishing texts by influential European thinkers for Estonian academically-inclined audiences. 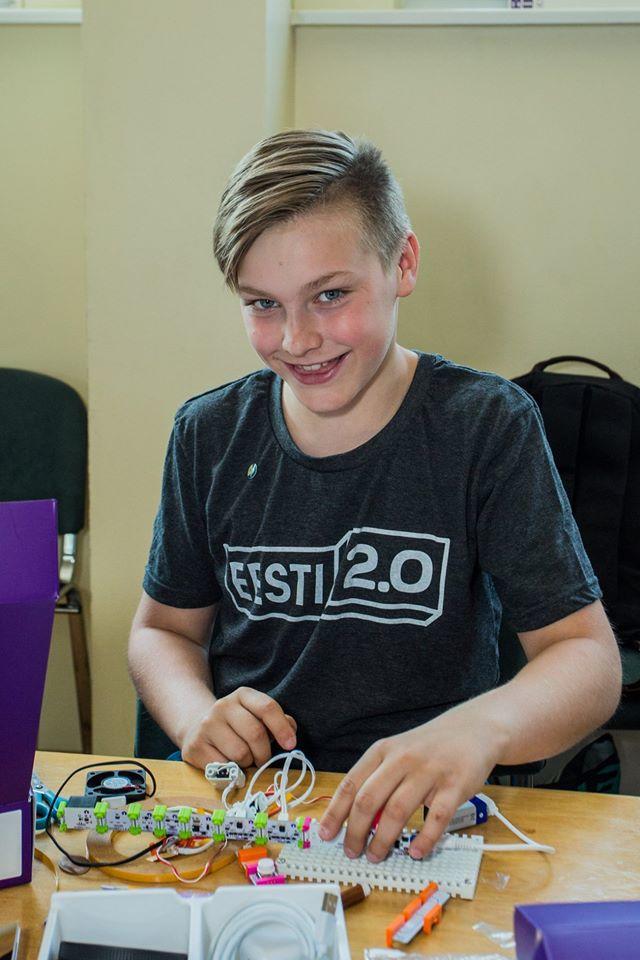 Founded in 1991, the OEF was supported by the Open Society Foundation, a non-profit founded by the Hungarian-born entrepreneur and philanthropist, George Soros. The OSF has been slowly pulling out of the former Soviet bloc and their support for the OEF will gradually stop next year. The OEF is currently allocating funds made available by the EEA EFTA states (Norway, Iceland and Lichtenstein), aiming at spreading democratic values and human rights by making the society more tolerant and open to discussion.

The OEF has helped to kickstart more than ten initiatives, like the Estonian Debating Society and Noored Kooli (Youth to School) that have become influential in educating next generations on their own. The OEF still organises the Open Society Forums and lends a helping hand to the Opinion Festival, a thought leaders’ summer gathering in Estonia.

Although it has been a long-standing tradition in Europe that education is a field controlled and advanced by the governments, the private initiatives in Estonia set a good example how private initiatives can also make a considerable impact in the society since it can take the students spanning all levels of education closer to the up-to-date issues of real life much faster.