The small Estonian town of Rakvere has, for the third year in a row, installed a rather different Christmas tree; this year’s installation consists of wood and giant cogwheels that move at their own pace and the colour of the tree changes all the time.

Teet Suur, the town’s cultural arts manager and the author of the tree, told Estonian World that part of the new idea was not to repeat the trees in the previous two years. “The main material – wood – remained the same,” he explained. “This time we planned to use moving details and electrical mechanisms. The whole design is a bit industrial and also has hints of the steampunk style.” 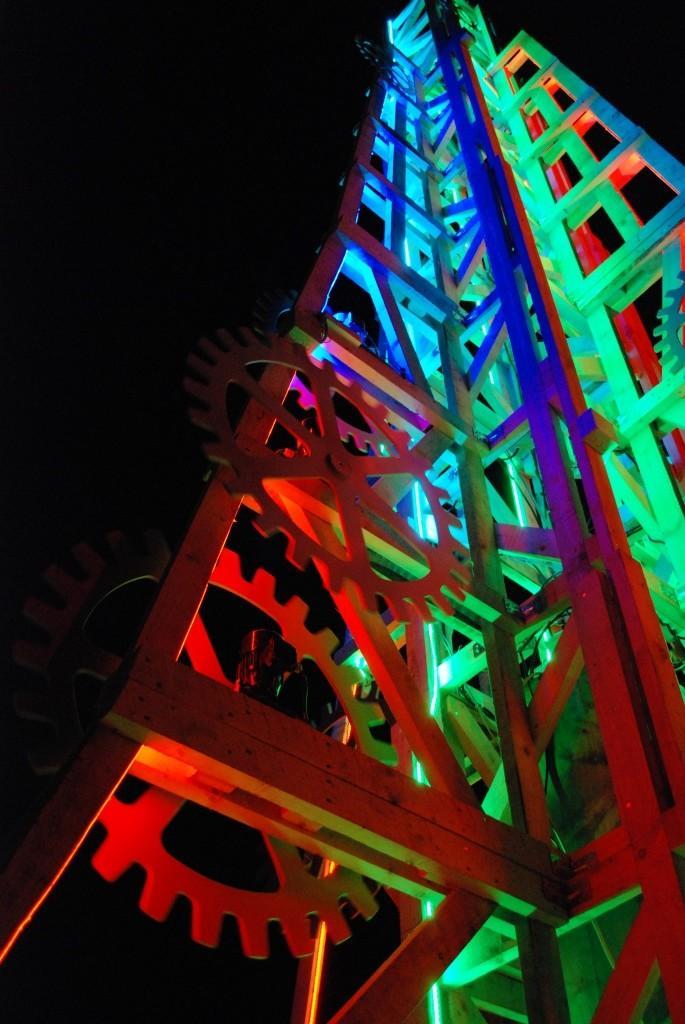 This year’s tree was, according to Suur, the most difficult of the three.

The feedback from the citizens of Rakvere has been “rather positive”.

“There are some who are against it, but not because of the specific design, but because they would like to see a proper Christmas tree at the town centre square,” Suur added.

Suur has previously said that every visitor to town, as well as local inhabitants, should feel that Rakvere is a lively and creative place where people could enjoy “artistic pleasure”.

The tree is 13 metres (42.7 feet) tall and resembles a bit the Eiffel Tower in Paris. 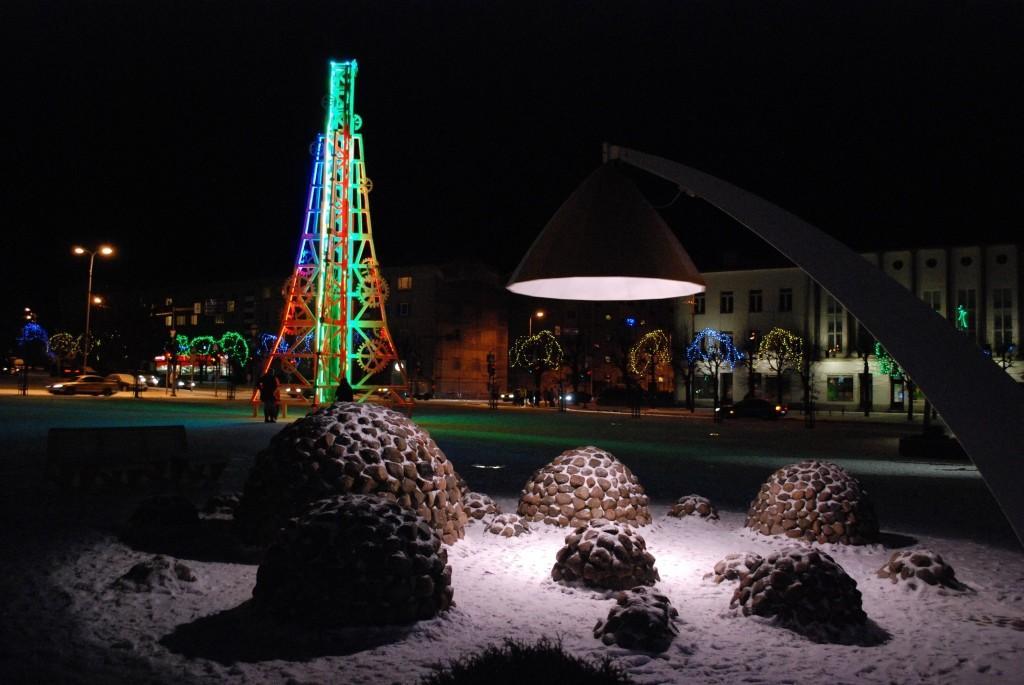 Last year, Suur used 121 coloured recycled windows to build his peculiar Christmas tree. In 2014, the Rakvere Christmas tree was made of used waste wood from the local mills.