David Foreman, an Englishman who splits his time between London and Pärnu, shares his thoughts about Estonia and Estonians.

At the forefront of the English persons outlook on life is to wonder what others think about what they do. I wouldn’t say that this is absent from a typical Estonian viewpoint, but it certainly doesn’t seem to be so important. To me this denotes a lack of insecurity, something that the average English male (in particular) has plenty of his fair share of.

The English need to know that what they do is ’normal’. From my experience the average Estonian is not really interested in comparison with others and just gets on with his or her own business with very little concern whether it is of interest to their neighbours.

So does this mean that Estonians are confident people? I suspect that the answer is, not necessarily, but the mere absence of this type of self conscious ’baggage’ in their thoughts probably makes their lives more straightforward.

An interesting example of the differences has to be the attitude towards sauna. Put an Englishman in a room full of native Estonians and mere mention of the word is enough to make the hapless visitor break out in a sweat. The English just don’t do ‘naked’ with others and the thought that they will be coerced into participation against their will and yet at the same time not wanting to offend their hosts is a paradox that creates a great deal of embarrassment all round. And you can see that this is the lack of confidence coming out again.

Estonians just don’t give a fig what others think. They want to have a few drinks, get naked and enjoy themselves. What do any other peoples thoughts have to do with what they themselves are doing? 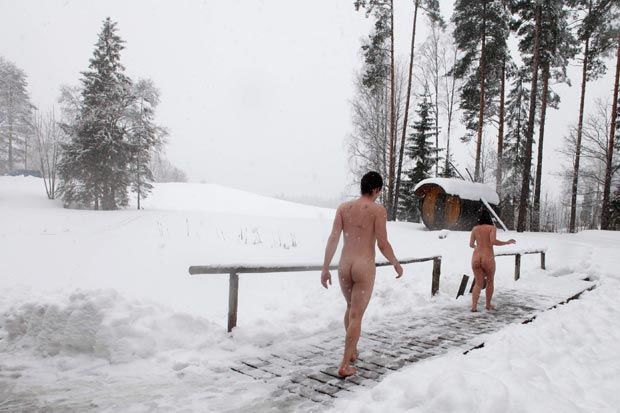 And then there is the business of massage! This deserves a book in it’s own right. My own experience of this is probably typical and verified by other expatriates experiences. You see, to an Englishman this has certain connotations. If you accept the initial premise that the English lack self confidence, it follows that they are also inhibited. This has brought about a rather peculiar national characteristic when it comes to sex. We think it is somehow illicit and secret, not to be openly discussed. The massage parlour in London was (and to a certain extent still is) a place for naughtiness, not health, and certainly not something you would tell your mother you were visiting.

So the staid visitor comes to Estonia and is asked by his innocent companion if he would like to go for sauna followed by a massage. Hmmm! Maybe is the initial response, followed very quickly by will there be others there? Would it be a woman giving the massage? Will I have to be naked? Lie on my back? Whereabouts on the anatomy does the massage start and finish? How long will I be subjected to this? And all these thoughts are in the context of losing control, being too embarrassed to say no and assuming the worst (or hoping for the best!) outcome.

As a visitor, one of the things you soon notice of course is that Estonians absolutely implicitly understand their visitors shyness and derive great pleasure from the awkwardness this all creates. Yet my Estonian partner informs me that Estonians are reserved. More of a British characteristic, and at first seemingly contradictory. But perhaps not. You keep your thoughts to yourselves and this is something we have in common, as is the delight in watching others embarrassment!

The country run by women

I have visited Estonia on several occasions. It was only recently that something very obvious occurred to me. Virtually every shop and business you encounter is staffed by WOMEN. I bought a small property. Admittedly the developer was a man. But the notary was a woman. I went to pay my electricity bill to a woman. I set up my bank account with a woman. I went to the insurance company and a woman gave me cover.

I decided that as I have adopted Estonia as my second home, I would get an ID card. I went to the local parish offices and a very kind woman registered me. I then went to town, to the government office, to get my card where a whole team of women fussed about me and informed me that the lady in the adjoining parish had made a mistake with my application and I would have to start over again. (In the meantime I was hungry and this same team then fussed and were only interested in where I could get some food). 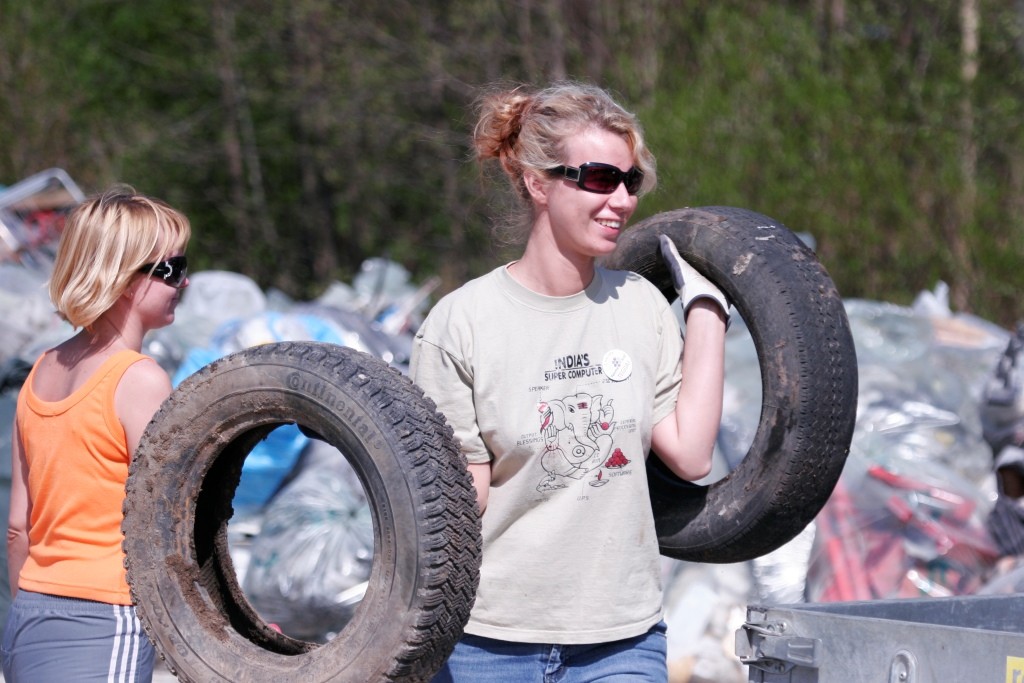 I think one of the only places that I encountered a man was in the water board where clearly the individual helping me spent most of his life digging up the mains, something as yet men in Estonia are still more suitable for!

Get on with it

In Latvia the drivers are dangerous. I believe that in France a Frenchman thinks it is his national duty to try and run down pedestrians guilty of crossing the road. In Italy a roundabout is a racing track with no concept of stopping. The Germans drive as fast as they can in straight lines and in Spain nobody does anything in the afternoons. But what of the Estonian driver? They just go about their own business (recognise the recurring theme?) and ignore everyone else. They don’t care what lane they are in. They don’t mind other drivers cutting them up. They don’t use their horns, lean out of the windows and hurl abuse at each other. They don’t speed. They just get on with it.

But where else in Europe can you not even cross the road where you want to? In Estonia you can get an on the spot fine for crossing at an inappropriate place! This is a completely alien concept to visitors from Britain and something to be careful of.

Of course in Estonia it is possible to do things that you just cannot do in Britain. To a certain extent we have lost a sense of responsibility for self-preservation, preferring, and often encouraging the populace to blame others for any misfortunes visited upon them by the vicissitudes of daily life. In Estonia for instance, you can enjoy a walk by the sea without the benefit of numerous signs declaring DANGER DEATH BY DROWNING should you be unlucky enough to go into the water having forgotten that you cannot actually swim.

Another thing that surprised and excited me was the opportunity to see the countryside in Estonia. Out driving one day on my first visit here, we came across a large and very tall wooden tower. To my surprise this had been built for visitors, not only that, but it had been left unguarded and open to any suicidal individual to climb unassisted to the top. Moreover once at the top it became very obvious to me that, should I have chosen to, I could have done a base jump or thrown myself without the aid of wings into the void. Not even a sign reminding me DEATH BY GRAVITY should I have been remiss enough to have tried some bungee jumping minus the rope…

The cover image is illustrative (Johann Kööp). Images by Visit Estonia, Otepää Sauna Marathon, Let’s Do It World! and Tõnu Runnel. This article was lightly amended on 26 October 2017.

25 thoughts on “Thoughts about Estonia from an Englishman’s perspective”