What’s up with the people who are in charge of immigration? On lots of different levels and in lots of different ways, the authorities, whether they are border guards, the police, or civil servants drafting legislation, appear to be getting things horribly wrong.

This article was originally published by Abdul Turay in his blog.

I will tell three stories. They all concern immigration, are otherwise unconnected and have an underlying theme.

The first story is my own. I am aware that police officers and border guards do difficult and necessary jobs under challenging circumstances. I am also aware that the police and border guards have done good things in the past, but guys, could you please stop harassing me? 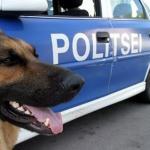 I have been stopped three times within the last month, once in Tallinn’s Old Town, once in Kristiine shopping centre and, most recently, at the Port of Tallinn when I was returning from Sweden.

At the port, I was with my Estonian family. My niece, who is six, is scared of police. She thinks if she is naughty the police will carry her off to prison. Then she saw a policeman heading towards us. The little girl let go of my wife’s hand and fled into the crowd.

The policeman just kept on coming towards me. He so was focused on stopping me, he didn’t even notice I was part of a family group, and he had frightened away a little girl.

“Can I see your passport please?” he asked.

Up ahead of I could see two gentlemen who appeared to be of Middle Eastern origin who had also been stopped by the police.

The second story is big news in the expat community, although it didn’t have quite such an impact in the mainstream press.

Expats who run small businesses have just discovered they have to cough up more money to the tax man or leave the country.

Readers should understand most expats exist in a parallel universe, which sometimes intersects with the “real” universe in which Estonians live. They don’t know what laws are passed, even when directly affected.

The Alien Act, passed last year, requires that for a non-EU citizen to maintain their resident permit, they must earn the national average monthly wage, multiplied by a coefficient of 1.24. This is a direct result of the residence scandal, and the hysterical rush to stop “those Russians”.

The act has succeeded, as the saying goes, in “throwing the baby out with the bath water” (üle võlli keerama).

Sometimes well-intentioned laws are badly drafted. Lawyers and civil servants rush things and work on a tight deadlines. Those affected by the law feel this is what has happened here.

Louis Zezeran, the Australian owner of Comedy Estonia, is feeling the squeeze – simply put, under the new law he is forced to pay himself – and the taxman – more cash, instead of reinvesting it into his business. This means their company might go out of business.

“Both the government officials and my lawyer have confirmed that, under the new rules, my company has to pay significantly more tax to allow me to keep living in Estonia,”  he said. “I am working now, with my lawyer, to put together all the information.”

“I appreciate that we need to stop those who are running a scam; however, what worries me is that the rules for residency were changed after I was already here and after I had spent two years building up a legitimate business. I believe this could be worrying to foreign investors who look for stability in a political environment when thinking of where to invest.”

“They could have allowed anyone who is currently here to stay under the old law; however, it seems they specifically made a change to affect those already here,” Zezeran said.

For a man facing a choice between possible bankruptcy or exile from a country he has grown to love, Zezeran is remarkably sanguine. “I try to remember this is a political decision. The Estonian people have treated myself and my business very warmly and I do appreciate that.”

The last story is about Namir. He is a refugee from Afghanistan who had to flee for his life after decades of war. He had a hard childhood, losing both parents and two sisters. He had to decide whether to risk his life and his loved ones in his home city or go to another country. There is also Matata from East Congo. He lost his parents, sister and brother, and fled to a neighbouring country where he was locked up by armed men, beaten and tortured. Then there’s Abdan who fled Libya when his brother was hanged for political reasons.

You may have heard of these people before. You may have received a postcard explaining what a refugee is. There’s even a website explaining how the whole system works. But if you look closely, you will notice something is missing. There is no mention of Estonia.

Namir, Matata and Abdan are real people, although their names are fictitious. None of them came to Estonia. I have it on good authority from the Human Rights Centre that they were unable to find even one person who had been granted refugee status in Estonia who they could use to illustrate their point. In other words, out of the 67 people granted asylum in Estonia during the last 15 years, all, or almost all, have moved elsewhere, probably to Sweden.

I believe that most asylum seekers are not really refugees, but economic migrants. I worked in this field for a decade, so I have some knowledge. But that’s the point. If a person comes to Europe to make money, he goes to where the money is, as soon as he can.

Asylum seekers will not stay, they are not a problem, they are not even an issue. So why all the scary pronouncements from the Academy of Security Sciences? Why all the public angst about a problem that doesn’t exist? And, most of all, why the detention centres?

Here in Estonia, deterrents won’t work. People don’t know where Estonia is anyway. Putting asylum seekers in detention centres or prisons is not only inhuman but pointless.

The decision-makers don’t always get it wrong. As I will explain in more detail in another article, the Estonian authorities had no choice but to turn down the Afghan interpreter who claimed asylum while still in Afghanistan. Under international law, you cannot be a refugee if you are still in your country of origin.

All this brings us to the theme raised at the beginning. The debate on immigration on both sides is governed by emotion and misinformation, rather than pragmatism and facts.

Some people want to help this one man because he helped Estonia. He can’t be helped. Others want to stop refugees from swarming into the country. They won’t swarm. Still others want to make Russians pay. They are making legitimate small businesses pay. Yet others want the police and border controls to be toughened up. They are already too tough.

So it was that a policeman charged up to me at the port and demanded to see my passport. I showed him my Estonian ID card, which states that I am a permanent Estonian resident. This surprised him.

His superiors are not fools and they can tell who is in Europe without permission and wants to leave Estonia for Sweden, not the other way round. But not everybody realises this.

I believe this whole incident was a phoney public relations exercise.

Somebody, somewhere, wants onlookers to think, “look, the police are protecting our borders”. Unfortunately, what onlookers were probably thinking was “look, police are harassing that journalist who works for Postimees.” Or simply “look, they are scaring a little girl.”

Abdul Turay is a Tallinn-based political columnist and author. Originally from the UK, but now an Estonian resident, he was the first British citizen elected to the Tallinn City Council in 2013.

3 thoughts on “Abdul Turay: What’s up with the people who are in charge of immigration?”