Hongkonger Iverson Ng, a first-year student in Tartu, calls upon the international students in the town to learn the Estonian language to leave a legacy and strengthen their sense of belonging.

“We tried to engage and invite them to an event. We made an effort. But it didn’t seem to work out.”

Recently, I had a conversation with my classmate as we saw each other at the “Escape Room to the Future”, Tartu’s vision day on bidding for the European Capital of Culture in 2024. It was a bittersweet conversation because I knew we have much more to offer to this Estonian university town.

I have a personal sentiment on whether people should learn a local language as an expat because I came from Hong Kong, a cosmopolitan city where expats don’t bother much about learning Cantonese, the mother tongue of most Hongkongers. People can survive in Hong Kong effortlessly if they have a decent command of the English language. English is one of Hong Kong’s official languages, and foreigners can communicate with Hongkongers without speaking a single word in Cantonese because they tend to speak English to accommodate foreigners.

But how about Tartu?

As I was attending the vision day event, I couldn’t stop thinking about what will happen to Tartu in 2024 if both the Estonian and international communities keep building up their own cultural space without integrating with each other. I reckon, as a home-grown Hongkonger, that Tartu will become just another student town that loses its charisma and burns out gradually.

I therefore call for our international friends to learn Estonian language to save this town. It doesn’t matter how much you can speak in the end – your efforts will eventually pay off to leave a legacy in the town. I highlight a few practical ways that can help with the integration of both communities.

Collaboration on projects, organising events and just hanging out together are practical ways to make it happen.

I’ve been working with Estonian students to organise a simulation on international negotiations in European Youth Event 2018 in Strasbourg at the European Parliament that will take place in June. It’s a good opportunity to understand the working culture of Estonian students and how they communicate in workplace.

In addition to that, I also worked with representatives from the International Relations Society and the Tartu University Debate Club to organise an international debate on the EU-Russia relations recently. It’s such a satisfactory feeling to engage both international and Estonian students to attend the same debate together. 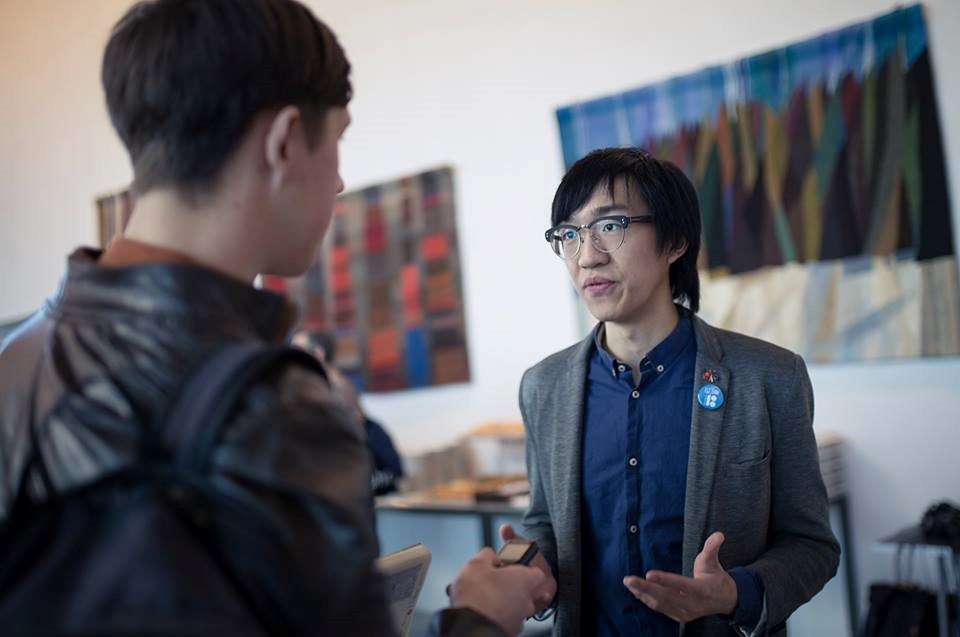 Don’t give up learning Estonian

As a former exchange student in Aarhus, the European Capital of Culture of 2017 and a university town in Denmark, I can tell you what I regretted the most in those six months: I only attended five Danish language classes throughout the semester because I chose to stay in the international bubble. If I could go back in time, I would have invested more time in learning this peculiar language instead of speaking English all the time to the locals as a lingua franca.

Learning a new language is a painful process, especially when you know your mother tongue is much widely spoken than the new language you are planning to learn, but don’t give up learning Estonian – it’s probably the greatest achievement you have had during your exchange semester/year or your stay in Estonia.

We can always try harder even if it didn’t seem to work out. Engage and integrate with our Estonian friends until we have offered everything we could for Tartu.

The opinions in this article are those of the author. Cover: Iverson Ng at the Tartu’s vision day event on bidding for the European Capital of Culture in 2024.

Iverson Ng is a first-year student of the EU-Russia studies master’s programme at the University of Tartu. He’s the president of the Yale-based Trans-Atlantic think-tank, European Horizons’, Tartu Chapter, the student leader of a European citizenship project, “Message to Europeans 3.0”, and a leading organiser of one of the events at the European Youth Event 2018 at the European Parliament in Strasbourg, France.