The ministers from Belgium, Denmark, Estonia, Finland, Luxembourg, The Netherlands, Portugal and Sweden say in a joint statement that fighting for women’s and girls’ full and equal enjoyment of all human rights is not only the right thing to do, it is also a rational thing to do.

Globally, almost 225 million women and girls have an unmet need for contraception. Every day, over 800 women and girls die from preventable causes related to pregnancy or child birth. Annually, 22 million unsafe abortions occur and two million girls under 15 become mothers. This is the situation for millions of the most vulnerable women around the world.

In our part of the world, pregnancies are fortunately, in most cases, happy circumstances. In other parts of the world, this is not the case. Indeed, a pregnancy can be life-threatening as well as life-changing. Therefore, women’s and girls’ full and equal enjoyment of all human rights and their access to contraception and comprehensive sexuality education are key priorities in our development policy.

Human rights for everyone

During the last decades, maternity mortality has almost halved, thanks to hard work and increased access to sexual and reproductive health and rights. Now we see worrying trends challenging this progress. We cannot afford to turn the positive trend backwards. It is literally a matter of life and death.

When we are fighting for women’s and girls’ rights, we are fighting for human rights for everyone. It is our firm conviction that a woman has the right to choose with whom she wants to start a family, when and if she wants to have children and how many children she wants. However, as the statistics clearly show, millions of the most vulnerable women around the world do not enjoy these basic human rights.

“We cannot afford to turn the positive trend backwards. It is literally a matter of life and death.”

Women around the world have for generations been fighting for justice, equality and human rights for everyone. We feel a strong gratitude for the strong and visionary women who have spoken for the justice, freedom and equality that we, our mothers and our daughters are enjoying today.

Not only because from a human point of view it is the right thing to do. But also because we know that when we invest in women everybody wins.

“When we invest in women everybody wins.”

Fighting for women’s and girls’ full and equal enjoyment of all human rights is not only the right thing to do, it is also a rational thing to do.

We turn up our engagement

Unfortunately, the fight for women’s and girls’ rights suffered a setback on 23 January with the reintroduction of the Mexico City Policy, also known as the global gag rule (it’s a United States government policy that blocks US federal funding for non-governmental organisations that provide abortion counselling or referrals, advocate to decriminalise abortion or expand abortion services – editor). This will affect American funding for organisations working with sexual and reproductive health and rights. 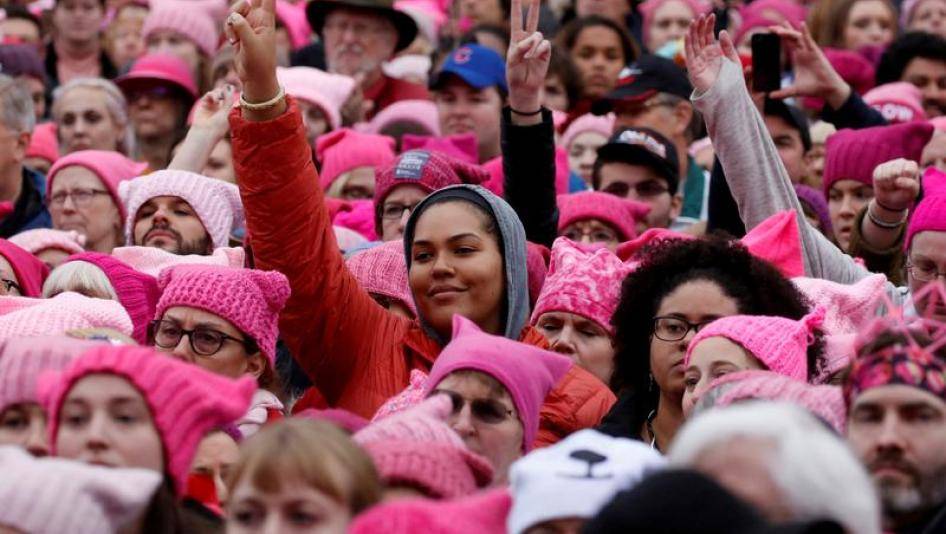 According to the NGO, Marie Stopes International, the consequences for the world’s most vulnerable women will be very serious: up to 6.5 million additional unintended pregnancies, 2.1 million additional unsafe abortions and 21,700 additional maternal deaths between 2017 and 2020. And this is just one example from one organisation. The total impact can be much greater. Experience from last time the global gag rule was introduced shows that the number of abortions actually increased.

Fortunately, several countries in the global North and South are longstanding political and financial supporters of women’s rights. Several new initiatives have already been taken by individual EU member states, including fundraising and a holding of ministerial conference, ”She Decides”, to increase political and financial support for the agenda.

The ”She Decides” conference in Brussels in early March brought together more than 50 countries from Afghanistan to Canada and from Norway to Chad and raised €181 million to this crucial agenda. What was as uplifting as the political support was the great financial support from private donors. This shows that women’s and girls’ rights are not just a political priority, it’s a movement of people.

At the ”She Decides” conference, we saw the beginning of a movement which rallied financial and political support for non-governmental organisations and UN agencies that make sexual and reproductive health and rights a reality for millions of women and girls by providing access to counselling, evidence based information, non-discriminatory comprehensive sexuality education, family planning, modern contraceptives, safe delivery, HIV testing and safe abortion care.

“Women’s and girls’ rights are not just a political priority, it’s a movement of people.”

The broad international support for women’s rights is crucial for the lives of millions of women and for the development of their countries. And it shows that when other countries turn down their engagement in the fight for women’s and girls’ rights, we are ready to turn up our engagement.

With a number of like-minded European colleagues we have called upon the European Union to increase its funding for and make greater use of its influence in support of sexual and reproductive health and rights.

Deciding when to start a family is a decision for life. For girls and young women in the developing world starting a family is often equal to finishing school. Therefore, it is very important when this decision is taken. And it is very important that girls and young women themselves take that decision. Women who have the opportunity to decide for themselves will have healthier and better educated children. This is clearly recognised in the UN’s Agenda 2030 Goal 3 to ensure healthy lives and promote well-being for all at all ages and Goal 5 that aims to achieve gender equality and empowerment of all women and girls.

“Women who have the opportunity to decide for themselves will have healthier and better educated children.”

To us, a girl’s and a woman’s body is for her to control. It’s her decision with whom she wants children, how many and when she wants children. We want to give her the tools to decide for herself. Today on 8 March we want to send a message that is as important as it is simple: She decides!

The opinions in this article are those of the authors. Cover: An Arab woman wearing a niqab (the image is illustrative.)