Divisions in Europe are nothing new, and a continent without them would be bland and uninteresting. But that is no reason to exaggerate them, or to make them more significant than they are.

The desire to pigeonhole countries is deeply rooted: Catholic versus Protestant Europe, or Western Christian versus Orthodox; the countries that experienced the Enlightenment or the Reformation, and those that didn’t. The east-west division of Europe during the Cold War was seductively simple: one side was free and capitalist, and the other side was Communist and under the Kremlin’s thumb. It still has a strong appeal, especially to those in the West who have never quite got used to the idea that the “ex-communist” countries have the same votes and clout in international meetings. But it was not really true: some “Western” countries were not democratic and not all “Communist” countries did what the Kremlin said, or practised the same sort of economic and political system. 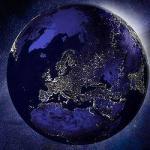 At its worst, this can verge on the racist. Decrying the “olive belt” can easily sound like prejudice against the “olive-skinned”. But it is also wrong in fact. The idea that the PIGS (Portugal, Italy, Greece and Spain) or the PIIGS (including Ireland) belong in the same economic boat is wrong. Italy has slow growth (but solid banks); Spain has bust banks. Portugal has weak institutions. Greece has everyone’s problems and a lot of its own. But these problems reach farther north. Belgium’s debt to GDP ratio by some counts is 140% (by others it is a mere 90%). Hungary was saved from a colossal meltdown in 2009 thanks to timely international intervention: unchecked it would have taken the Austrian and Italian banks with it.  Moldova is the poorest country in Europe. Ukraine and Belarus are the wobbliest economies, dependent on Russian money to keep going.

I think a reasonable distinction can be made between “Solvent Europe” and the rest of the continent. “Solvent Europe” comprises countries not burdened by debt. This creates quite a different atmosphere in economic and political decisionmaking. Politicians have room for manoeuvre in fiscal policy: if they choose to borrow in the face of recession, they can, because their debt-to-GDP ratios are so low that the markets will gladly lend. Even if they don’t choose to borrow much, they have more money to spend on things that voters want, because they are not paying interest and principal on their debts. The countries of “Solvent Europe” can run current-account deficits when they need: that means they can have big inflows of foreign investment without worrying about over-heating. Their households are not so indebted: that means that consumers spend more freely.

Back to the “North-South split”: it is true that most of the countries in northern Europe are also solvent, and most of the countries in the south are not. But the exceptions are important. Britain, with its colossal deficit, cannot belong to “Solvent Europe”, though as a country which prints its own currency, it is not subject to the harshest constraints of the financial markets. Ireland has suffered a huge financial shock, but like the Baltic states, it has managed to bounce back in a way that other small economies (Portugal and Greece) have not, at least yet.

Other southern countries (notably Bulgaria) have macro-economic policies that keep them firmly in the “Solvent Europe” camp, even though their neighbours are in trouble. Bulgaria’s debt-to-GDP ratio is a strikingly low 18%.

The simplest way of thinking about “Solvent Europe” is to imagine that you are the finance minister. Do you wake up in the morning and check the bond spreads (how much more expensive your debt is than US Treasuries or German Bunds)? If yes, then you are worried about your country’s creditworthiness. If not, then you are in Solvent Europe and can spend your time on other things.  But it is not just debt. Solvent Europe also has better-run banks and stronger institutions: that is why Slovenia, which for years was a byword for post-communist prosperity and prudence, has come unstuck.

At a time when Europe as a whole is in trouble, the importance of “Solvent Europe” is huge. It is a kind of economic, political and moral ballast for the rest of the continent: a sign that modern welfare capitalism can work. Amid a persistent and well-supported narrative of Western failure, that is more than welcome, it is vital. What “Solvent Europe” shows is that democracies can take decisions, that politicians do not always pander to the most short-term interests of their voters, that businesses can compete and thrive, and that firms and households can make sensible decisions.

An ultra-pessimist approach would be to argue that this is only temporary. It is possible to imagine that “Solvent Europe” will be dragged down by the mess in the euro zone, for example. The huge economic dislocation of a break-up of the single currency (and with it the end of the single market) would have disastrous effects for the strong and weak alike. So far, the provision of unlimited liquidity by the European Central Bank has fended off this prospect. But liquidity cannot compensate indefinitely for insolvency. Another risk is that the savers and taxpayers of “Solvent Europe” will get fed up with paying for the uncompetitive and seemingly spendthrift part of the EU.

A better approach is to see what in the “Solvent Europe” model can be exported. Good public administration, well-functioning labour markets, transparent political systems, strong institutions and sound public finances cannot be transplanted like garden shrubs. But they can be nurtured. Having been on the receiving end of much outside advice, all of it well meaning and some of it good, countries like Estonia are well placed to give help to places that urgently need to regain solvency and competitiveness. That is not an act of charity: it is self-interest. Solvent Europe cannot survive as a fortress if the rest of the continent is plagued by economic (and political, or even social) meltdown.

The simplistic “north-south” split in economics has a grain of truth. But in security thinking it matters a lot more. Here the picture is clear. The Nordic and Baltic countries plus Poland have genuine worries about Russia. They have seen the Russian and Belarus armed forces rehearse the invasion and occupation of the Baltic states (including the use of tactical nuclear weapons); they also know that those drills, the Ladoga and Zapad-09 exercises in 2009, concluded with a Strategic Rocket Forces drill in which the target was Warsaw.

Later this year Russia and Belarus will hold Zapad-13. The NATO autumn exercise Steadfast Jazz, which was meant to be a symbolic underlining of the Alliance’s commitment to its new members, is looking embarrassingly thin in comparison. America is sending only a manoeuvre company and some headquarters staff. France—not a notable presence in the region’s security in the past—is sending 3000 soldiers, more than all the other NATO members put together (cynics say that is because France spots commercial possibilities in Poland’s civil nuclear power programme).

“Secure Europe” also includes non-EU Norway, and, increasingly, non-NATO Sweden and Finland. Sweden has just experienced an unpleasant reminder of the perils of its semi-pacifist approach, with a dummy Russian nuclear attack on Stockholm and another target in the early hours of Good Friday. The Swedish air force had no planes available to intercept the Russians, and the job was done by Danish planes from the Baltic Air Policing mission in Lithuania. Finland has also suffered a series of bombastic verbal attacks by Russia.

The security worries which stretch from Britain to Estonia across northern Europe are met with mystification or contempt in other countries. Germany—the epitome of “Solvent Europe” is on the other side when it comes to “Secure Europe”. Germany resolutely opposed the drafting of contingency plans for the new member states of NATO, on the grounds that a) Russia was not a threat and b) any such plans would provoke Russia. That thinking is the equivalent of Greece believing it could borrow its way to prosperity: common sense inside the policy-makers’ bubble, bonkers when seen from outside. When the contingency plans were pushed through (thanks to the Obama administration) Germany then tried to block any attempt to rehearse them. It has tried to sabotage Steadfast Jazz—the first big exercise to take place in the new member states—at every stage.

Germany has allies in this: Spain, Portugal and Slovenia among others. Europe now spends so little on defence, and spends what it has so badly, that even sending a small contingent of forces to an exercise can seem unmanageably costly. And why worry about Russia anyway? For two-thirds of the continent, the real security threat comes from Africa and the Middle East, not from the East. Greece is a big spender but only because it worries about Turkey (which is a big spender because it is in a bad neighbourhood). And of course insolvency makes it easy for countries to think that saving money on defence makes sense.

Which will come first, security or solvency? My guess is the former. Patience is eroding with Russia on all fronts. Germany may be wimpish when it comes to hard security, but it is increasingly robust when it comes to criticising human rights abuses in Russia. It increasingly cares more about its (much larger) trade with Poland than it does with Russia. It no longer worries about keeping Gazprom happy: instead it supports Günther Oettinger, the EU’s energy commissioner, as he dismantles the Russian gas giant’s business model. Worries about Russia are going to grow not shrink. If only the same could be said about Europe’s economies.

Disclaimer: This article was brought to you in collaboration with Estonian foreign policy magazine Diplomaatia: http://www.diplomaatia.ee/en/