The mayor of Tallinn, Taavi Aas (the Centre Party), has come up with the idea to declare the Russian Orthodox Christmas (celebrated according to the Julian calendar on 7 January) a national holiday in Estonia; security expert and a former MP Eerik-Niiles Kross (Reform) writes that the idea is more dangerous than it seems.

The Estonian Centre Party’s idea to declare Christmas as celebrated by the Moscow Orthodox Church a national holiday is a lot more dangerous than it seems – and also speaks volumes.

Nobody is saying that celebrating Christmas according to the old calendar would be dangerous. It’s not. In a society that has freedom of religion and thought, such celebration should, indeed, be free.

Similarly, there is no danger when a part of Lasnamäe (a district in Tallinn where many ethnic Russians reside – editor) celebrates the New Year according to the Moscow time zone, and some, instead of celebrating on 24 February (the Estonian Independence Day), rather celebrate the anniversary of the Red Army on 23 February.

Such celebrations do, however, represent certain attitudes. However, these are the attitudes of private individuals.

The Orthodox Church of the Moscow Patriarchate is an institution that, in Putin’s Russia, has been transformed into the Russian state church that enjoys a special status and, in addition to covering the Orthodox religious needs also fulfils imperial foreign policy tasks. Lest we forget the Moscow church’s support for the occupation of Crimea and the war against Ukraine.

And that is why Moscow initiated a global media operation against the independence of the Ukrainian Orthodox Church (which recently declared its independence from the Moscow Patriarchate – editor). Based on at least the timing and the content of the proposal to declare the Moscow Orthodox Christmas a national holiday in Estonia, it was a part of that campaign.

In Estonia, Orthodox Christians can either belong to the Estonian or the Moscow Orthodox Church and, in some occasions, this affiliation shows political attitudes – although that’s not dominating.

Therefore, everyone can celebrate Christmas however their religious affiliation dictates. But the idea to declare the Moscow church’s holiday a national holiday in Estonia isn’t too different from an idea to start greeting the New Year twice – according to the Moscow time and then according to the Tallinn time.

The Estonian Apostolic Orthodox Church, that unites Estonian-speaking and pro-Estonian Orthodox Christians, celebrates Christmas, like most of the world’s Orthodox churches, according to the Gregorian calendar. The Moscow church – and some others in the East – stick to the old. And Moscow uses the differences in holidays and other church symbolism not to unite people, but to cleave them.

The fact that Taavi Aas made his proposal on the very day when the Ukrainian church left from the Moscow Patriarchate and became independent under the Constantinople Patriarchate, shows hard political hearing, to say the least. But it’s along the same lines of other Moscow-initiated media provocations that are aimed at shadowing the great historic event in Ukraine. 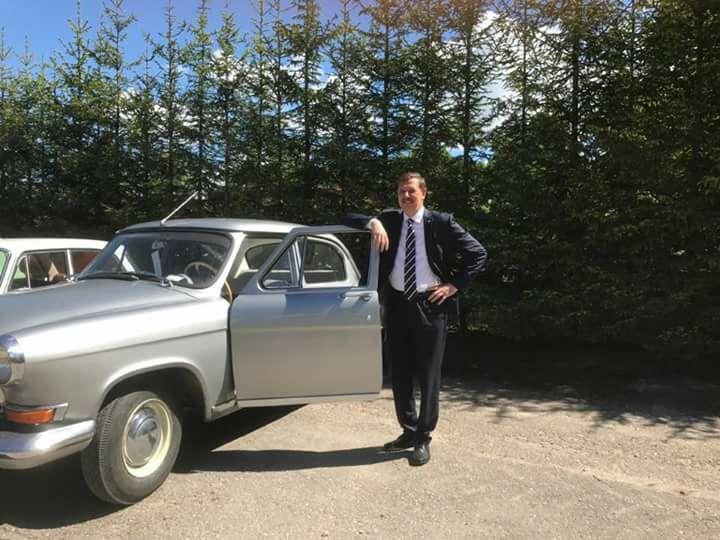 Similarly, the new metropolitan of the Moscow church in Estonia, Jevgeni, dedicated a plaque in Tallinn, together with the Centre Party-belonging city government, and gained four minutes of air time. At the same time, the independence of the Ukrainian church only got 30 seconds of air time.

Sputnik (a Kremlin-financed propaganda agency – editor) is disseminating news as if the Polish Orthodox Church didn’t recognise the independence of the Ukrainian Church. That is obviously fake news.

The opinions in this article are those of the author. Cover: The Alexander Nevsky Cathedral, an orthodox cathedral in the Tallinn Old Town (the image is illustrative/photo by Ivar Leidus, shared under the Creative Commons BY-SA 3.0 licence). Read also: Editorial: When the Tallinn mayor and his deputies lost the plot.