Plans are in place to actively promote Estonia abroad as a great place to live and work.

At the end of last year, as a member of the management board of Enterprise Estonia – the agency in Estonia responsible for country branding, attracting foreign investment and tourists as well as supporting Estonian exports – I initiated, together with the Estonian Service Industry Association, a completely new and exciting programme for Estonia under the code name TalentHub Estonia with the purpose of putting together an action plan to actively promote Estonia abroad as a great place to live and work.

Why did we do it? Speaking regularly with potential foreign investors as well as with companies already operating in Estonia, they often ask as the first thing whether there are enough specialists available locally to create or expand their business here. Furthermore, to promote economical growth in Estonia and reduce unemployment in Europe, we are inviting educated people to move and build their career in Estonia. It is a win-win situation. Estonia has been very successful in attracting foreign investment and tourists, as well as marketing our exporters abroad, but systematic work in inviting people from abroad to come and stay here longer needs to be started if we want to reach the next level of economic success. Many successful developed countries have been doing this for years, for example, New Zealand, Denmark or the US.

Estonia is not exactly no longer a land of cheap labour but rather in the middle section. For the past two decades, Estonia has been a cost-efficient place to produce high-quality products as a subcontractor for Western European companies. This model was necessary to build up the Estonian economy after the Soviet occupation. However, a time for change has arrived, as this model is no longer fulfilling the burning will to develop and reach higher wages than roughly EUR1,000 as average.

The whole paradigm and focus of attracting foreign investment has changed as well – no longer do we measure it just in millions of euros of investment into concrete or machinery, but increasingly in how many new workplaces of at least double the average salary will be created. Investments brought to Estonia today are the ones that will not move out of here even if the average wage level reaches far above EUR1,500-2,000. 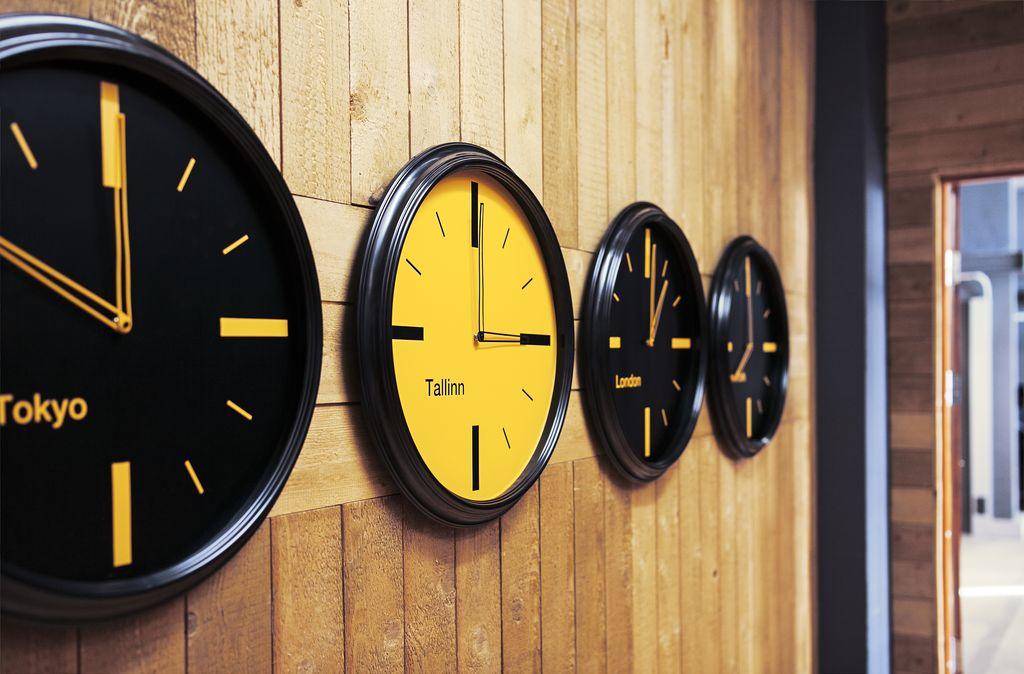 We already saw over 10 years ago how a large part of the standard mass production textile manufacturing moved to Asia. In a couple of years the same will happen with some of the electronic industries – specifically those who have stagnated on just the advantage of lower labour costs. The good news is that most electronic industries have already moved up in the ladder – for example Ericsson and ABB have recruited people from abroad with complex skills that add higher value. Some of the industry is also moving back from Asia, especially those that produce tailor-made products in smaller quantities and logistically need to be closer to their market.

According to a research, “Estonia – the business paradise”, performed by the Technopolis group, 64% of the globally mobile work force choose their place of work primarily by the city or the country that has caught their interest. However, which company they will choose comes secondary to the location. Tallinn, Estonia will have to put itself on the map as a place that is internationally attractive to live and work in. It has the potential to be on an equal or even a higher level in comparison with Helsinki or Hamburg. Estonia has excellent e-government solutions that save your time (digital signatures, five-minute electronic tax declarations, creating a company online in just 20 minutes, to name just a few examples), a strong rule of law, low corruption and strong transparency, and in addition creative people who at the same time have a protestant cultural background which honours hard work and keeping their word form a unique mix of strengths.

If you add to that still a very competitive cost base – one could easily say that one would live better in Tallinn with a monthly salary of EUR3,000 than with EUR6,000 in Helsinki – that would make an irresistible package already discovered by some. The new trend is bringing product development units to Estonia – the best recent examples are the logistics giants Kuehne+Nagel and Navionics who have set up their IT development centres here. They are new welcome members to the family already consisting of Skype and TransferWise product development teams. The European Union IT Agency and the NATO Cyber Security Center of Excellence have also set up their headquarters here. Tallinn now has already two highly valued international schools to take care of the children of the people who move here.

These advantages are not widely known and this knowledge needs to be communicated. The registered website www.workinestonia.com will serve as a tool for marketing as well as a practical wizard to get any government formalities done in English, find a place to live and a school for the kids. It will also be one of the recruitment channels for the companies and a platform for so-called after care already provided to investors.

Within TalentHub Estonia we, of course, do not want to attract just specialists to relocate to Estonia, but invite also entrepreneurs – including the ones who would found their startup here – and give them a clear picture of which public financial and other support mechanisms are in place for them. This is not starting an out-of-the-blue construction site as Estonia already has a number of internationally known startups, so adding additional players only strengthens everyone’s opportunities.

To attract specialists and entrepreneurs to Estonia means those people will not come to “take away jobs” from the locals but create new, interesting and better-paying jobs also for the local people. In order to create five new interesting workplaces for Estonians, the sixth colleague perhaps needs to be invited from abroad. In the first stage the opportunities within the European Union free movement of labour should be utilised – for example, Spain, Portugal, but paradoxically also Finland, a country where we currently export our workforce in biggest numbers. The recent stage 1 liberalisation of Estonian residence regulations for people outside the EU free movement of labour gives ground to gradually go global with the approach.

The least of worries should be the lack of space as Estonia has a tremendous territory compared with its population. A country with the territory of Netherlands and 1.3 million people will preserve its privacy, clean air and forests even if we make its capital Tallinn an internationally known place to live.

Contrary to the popular grief about our climate, let’s instead acknowledge that in the tropical latitudes, people and companies spend fortunes to have their cars, offices and homes air conditioned to the temperature we here enjoy for free!

If you’d like to set down your longer vision for Estonia in an opinion article, please let us know: info@estonianworld.com; otherwise please leave your comment below.

Cover photo and video: Tomomi Hayashi, a Japanese architect, has chosen Estonia as his place to work and live.

Martin Hirvoja is a former member of the management board of Enterprise Estonia.