Recently EstonianWorld’s co-author Chris Glew interviewed British Liberal Democratic Member of Parliament Sir Malcolm Bruce about his views on Estonia’s position in the wider world. There was one comment by Sir Malcolm that particularly struck me as being rather unintentionally controversial but controversial nevertheless. First of all he said that Estonia ought to be referred to as a ‘Nordic Country’ in the English speaking world rather than an ‘Eastern European country’. What is so dangerous about this statement is that is seeks to continually politicise two otherwise dispassionate scientific terms. 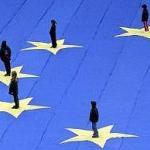 Obviously Estonia is a Nordic country in so far as Estonian is a Finno-Ugric language, which is generally classed as a major Nordic language group. Furthermore, anthropologists generally understand Estonians to be of Nordic racial stock, not dissimilar to Finns. Also, as one of the most north-easterly countries in mainland Europe, it is a geographical truism to say that Estonia is in Eastern Europe. This would seem to be a fairly simple and straight forward matter, but as we all know, ethnography is easily manipulated from scientific observation into ideological sabre tips. This is perhaps best understood when one researches the reaction to Max Müller’s ground breaking research on Indo-European languages, reactions that twisted Müller’s ground-breaking scientific work into race baiting propaganda.

Whilst the term Nordic generally doesn’t carry with it any heated political controversies in the wider world (in the 21st century), in certain parts of ‘Western Europe’ the term ‘Eastern Europe’ does do. As a British MP, Sir Malcolm Bruce must certainly be aware of a certain anti-Slavic racism in Britain, a racism which seems to be the last form of racism which successive British Governments seem to care nothing about. Without seemingly understanding about the many blood soaked wars Slavs have fought against other Slavs, there has for many years existed a deeply anti-Slavic hatred running deep along the axis of British government. This was most apparently expressed in the form of anti-Russian paranoia during the Governments of The Viscount Palmerstone, Benjamin Disraeli and The 3rd Marques of Salisbury in the 19th century. The anti-Russian hysteria of British governments continued well into the 21st century when the former foreign secretary and brother of the current leader of the British Labour Party David Miliband made open threats to the Russian Federation in Kiev in 2008, whilst standing beside Viktor Yushchenko – a man currently under the scrutiny of the world’s eyes for his part in the imprisonment of former Ukrainian Prime Minister Yulia Tymoshenko, who is currently being tortured in a Ukrainian prison.

But how does Nordic Estonia fit into this wider picture? The fortunate answer is that it does not. Estonia has of course been the tragic victim of Soviet Occupation, but the intra-Slavic and British-Slavic conflicts which the UK Foreign Office can’t seem to let go of, are happily issues which do not effect Estonia. The problem however is that in 21st century Britain, the term ‘Eastern Europe’ has often become synonymous with a new anti-Slavic racism in Britain, one that emanates from both the gutter and from Government.

Ever since 2004 when the first of the so-called A8 countries joined the European Union, there has been an exponential growth in anti-Slavic racism in Britain. This time Russia is not the issue, but instead it is the Western Slavic countries, Poland in particular. It is not just groups like the English Defence League and British National Party arguing for a Stalinist style relocation of human beings on a racial basis, but it is unfortunately also the current British Home Secretary Theresa May, who has hinted at violating one of the most important principles of European Law and limiting the free movements of A8 passport holders; something which would affect all members of the A8 group, including non-Slavic members like Estonia.

It is perfectly reasonable that Estonians should be un-comfortable with the term ‘Eastern European’ because in the British context this has come to be a byword for anti-WestSlav racism. Why for example should an Estonian want to be hated on the grounds they are a West Slav when Estonians are a Nordic people with virtually no West-Slavs living in Estonia? Why in other words should Estonians be victims of a racism not even intended for them?

The reasons though that Estonians should care about this matter is because Estonia is an ultra-modern country with a deeply sophisticated cultural ethos and in spite of issues between Baltic Russians and the Estonian Government, Estonia has had many fewer instances of racial tension than the large countries in Western Europe; the United Kingdom, France, and Germany. Estonians should not be afraid to reclaim the term ‘Eastern Europe’ as a politically irrelevant geographical expression.

It is only a fool who mistakes a bland scientific fact for an expression of a subjective ideology. In Britain the term ‘Eastern European’ may indeed carry racist overtones, but it is up to Estonians living in Britain to realise that both Nordic and Eastern European are harmless scientific expressions, expressions which must be re-claimed as such. Only by naming and shaming people like the members of the fascistic and ironically Stalinistic English Defence League and British National Party, will all Europeans feel comfortable in Britain, a country which ought to live up to her commitments to the European ideal, an ideal which Estonia has so successfully embraced.