American billionare Warren Buffett has said in the past that he owes his good fortune for the fact that he was born in the right country, at the right time. Although Estonia is unlikely to produce any billionaires soon, perhaps it hasn’t been as bad time to have been born in the last 20 – 40 years on the icy shores of this tiny country – especially if you happened to have an entrepreneurial spark in your veins, or if your dad was an IT wizard. Young and aspirational gentleman Kris Haamer belongs in the latter category. 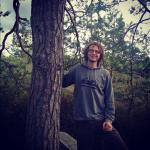 Born and bred in the intellectual centre of Estonia – Tartu, it was his father Veljo Haamer who inspired him from the tender age to get in grips with latest trends in IT. Veljo Haamer was behind one of the first computer shops in Tartu. “I was probably about 2 or 3 years old when my dad gave me my first PC. I’m sure that at the time the entire country had only handful of kids of my age to have this luxury,” says Kris. “When I was growing a bit older, I made my dad’s shop more or less as my second home, spending time playing computer games and bothering the IT-staff with questions until they must have probably had enough of me,” laughs Kris.

Later on still, he taught himself PHP and MySQL to develop a website and database for his dad’s wireless internet venture that would become to change how Estonians use the Internet. What venture, you might ask? In the early noughties the older Haamer visited New York City and found himself in Bryant Park, which had free public Wi-Fi. Suddenly he had his “newton’s apple momentum” and it got to his head that he would return to Estonia and work to blanket not just Tallinn, but the entire country in Wi-Fi. The orange Wi-Fi sticker soon covered more and more windows of cafés and bars, first in Tallinn and then all over the country. You can now use http://www.wifi.ee/ pretty much everywhere in Estonia, including on long distance bus lines. Ironically, it’s the Americans now who look upon Estonia for “e-inspiration”.

So it’s no wonder that Kris became technologically curious from the early age. “The skills I had learned, abled me to start earning some money, even before my teen years. I started developing websites for small companies” he explains. At the same time these funds acted as a subsidy for his artistic aspirations – he was also into films, writing, photography, music and different cultures. Perhaps it wasn’t a surprise for him then that nine years ago, instead of setting his sights to New York or London; or other cradles of capitalism, which are more common destinations for young Estonians, Kris chose learning Portuguese and Spanish and travelled first to Argentina and then Brazil – countries of which were first eye-openers for him in the wider world. In the process his interest for Lusophone (Portuguese speaking countries – S.T.) countries increased and he soon landed to study in Lisbon’s Lusofona University.

While a student in Portugal’s capital, there was suddenly another part of the world, which sparked his interest – former Portuguese sphere in Africa. “I became curious about African cinema, as films by African directors such as Flora Gomes and Ousmane Sembène were often shown on the streets of Lisbon, and at Portuguese film festivals,” he says.

Suddenly he found himself to become one of those enlightened citizens, for whom Africa is not a dirty word, but a land of adventure – and more importantly – opportunities. For them, the world’s second-largest and second-most-populous continentdoes certainly not equal for “end of the road”. They know that despite the negative perceptions stemming mainly from the negative media coverage, Africa is also one of the fastest growing regions and there are now more democratic countries in that continent, than ever before. Some of them are economically, if not by reputation, even on par with Estonia.

As Kris himself discovered after creating a website called Africa on YouTube that analysed the content of YouTube videos that portray Portuguese-speaking African countries, “Africa is often shown as a primitive continent and Africans as primitive people, and my own experience was different – so I wanted to show my experience and point of view.”

Building cultural bridges between Estonia and São Tomé and Príncipe

Specifically though, he met many students from the small Portuguese-speaking African island of São Tomé and Príncipe, some of whom he made friends with. Coincidentally, Estonia and São Tomé and Príncipe established diplomatic relations during that time (in May 2009). The Estonian Ambassador to Portugal Mart Tarmak said that São Tomé and Príncipe could become a destination for Estonian tourists and hence it happened that Kris found himself to dream about a closer collaboration between the two countries. “I realised that I had a unique opportunity to create a cultural bridge, and create an Estonian portrayal of São Tomé and Príncipe.”

So it happened that the exotic island of São Tomé in Gulf of Guinea soon received one if its first Estonian visitors. After getting more localised and curious about the island and its people, the idea for a film called Tomé was born. “I realised that there’s a distinct lack of independent African stories. São Tomé and Príncipe in particular, is unknown. Cinema and television news have often pigeonholed the whole continent of Africa into people of desperation, fleeing from violence and poverty. But violence and poverty is not the only African story. Fresh points of view deserve to become part of brand Africa. Seldom do people talk about Africa as home in European television. For example, I believe that Santomeans share a deep love for their islands. There’s a strong relationship with home and a lot of warmth to be shared. At the same time Santomeans wish to make their country known to the world. I want to show that aspiration, hence my idea for the film,” explains Kris with enthusiasm.

What exactly is Tomé about? “While in the island, I met this artist called Alex-Keller and he became my protagonist”, says Kris. “I decided to create a story about an aspiring artist in a little-known country who dreams of putting his work on the map of the art world. As he travels around his city, meeting both failed and established artists who reveal their entrepreneurial stories; he starts to believe his own ambitions and takes charge of his destiny. Becoming an artistic success is a great challenge anywhere. But it’s even a bigger adventure on a tiny, little-known island in a country nobody has heard of. Alex-Keller is a somewhat offbeat young man who travels in a yellow taxi cab, on a motorbike, and on foot – in his city of Sao Tomé and on the only road around the island looking for mentors and advice before his first individual gallery show at the Brazilian embassy,” explains web developer-become a world traveler-become film director Haamer. 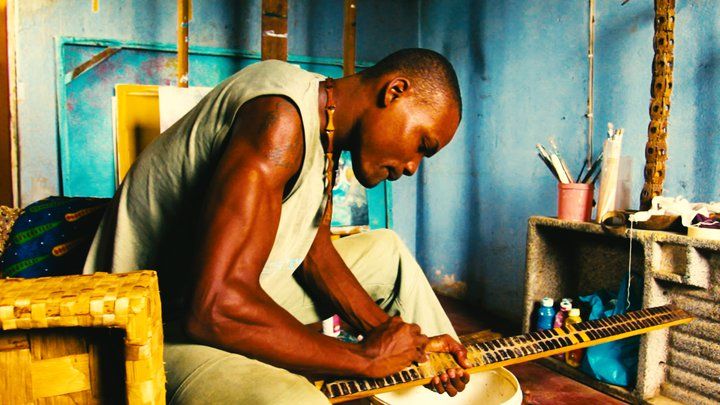 “My thesis for the film is this: entrepreneurship creates opportunity. I believe one becomes an artist when he begins to pay attention to the feelings of his own inner visionary, laying bare one’s soul. In the film, Alex begins to understand how visionaries and entrepreneurs create change in-spite of hardships. And failure really doesn’t matter that much,” sheds Kris some more light into his philosophy.

His idea seems to support the idea of many that many countries in Africa don’t necessarily always need to look upon as the desperate places in constant need of food aid, but where the entrepreneurship should be encouraged instead. Funnily enough, although very distant from Estonia, there have been many other Nordic entrepreneurs who have recently got involved with mentoring over there – Garage48 is one prominent example for example. “Indeed – I bring an Estonian point of view to São Tomé and Príncipe. This is something that has hardly ever been done before,” concludes Kris.

Kris points out that his film is also a socially conscious one: “Through his paintings, Alex, and also other Santomean artists draw attention to social problems, such as the status of women in Santomean society, the status of children, and to the protection of environment. Alex’s main concern is to lessen the social divide between men and women, and the protection of children.”

Kris Haamer is now also involved in bringing TED talks to São Tomé and Príncipe – the first TEDxSaoTomé will take place in June this year.

His film project aside, Kris Haamer is one of the few Estonians who is focused on the transmedia world – and is full of ambitions to implement it into his creations.

What is transmedia? In creative business, transmedia storytelling (also known as transmedia narrative or multiplatform storytelling) is the technique of telling a single story or story experience across multiple platforms and formats using current digital technologies. Kris sites Bjork’s last album as an example: ”With her latest album Biophilia, you could download it as a free iPad, iTouch or iPhone app, then purchase apps for the individual tunes. In this way, you not only get an animated version of evanescent songs with nature-oriented names such as “Solstice” and “Virus” but you also get a game that allows players to manipulate musical elements, a vocal-less score for esoteric karaoke nights, an essay explaining the history and meaning of each tune and, yes, lyrics.”

Kris points out that internet audience is scattered over myriad of different information sources and screens every day. Transmedia creates entry-points and migratory-cues which help with a better concentration of information, but at the same time create new opportunities to monetise from it. 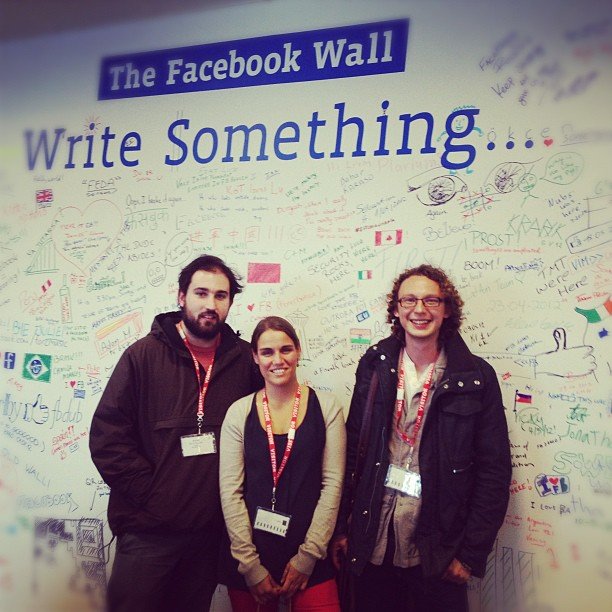 Kris is involved in the transmedia world via building and selling iOS apps. For example, one of his apps is used by Swiss eco-chef Sara Kocht whose main clientele are eco-conscious iPhone users and the aim is to attract them to by her cooking books. He also co-founded an umbrella organisation transmediaeurope.org which helps transmedia producers from different countries to exchange experiences and partners, as well as helping to create transmedia communication via agency bananafixe.com and consulting Angola TV network.

And future? Kris says that he’s more and more involved with consulting work, helping Nordic start-ups to enter into Lusophone markets, such as Brazil and Angola. And time permitting, he enjoys helping his friend in Lisbon to organise a film festival called África Mostra-se – in producer capacity, of course.