Meriliis Rinne, also known as Meru, is a London-based Estonian artist, whose motto in life is that nothing is more powerful than talented people doing what they love. In her opinion, talent can express in different ways and it is important that we are confident in ourselves and don’t let others to tell what is a right way of living for us.

Rinne, who is originally from Estonia, has been living in London for more than four years. She has gained recognition with her enlightening works, having exhibited them in Tallinn, Copenhagen, Oslo and London. Her journey hasn’t always been easy, but she has now reached an episode in her life where she is happy and is doing what she loves – making a living by creating art. When you meet Rinne, an open-minded and energetic individual, she oozes positivity that inspires others. Even her artist name carries the meaning of good energy behind it. 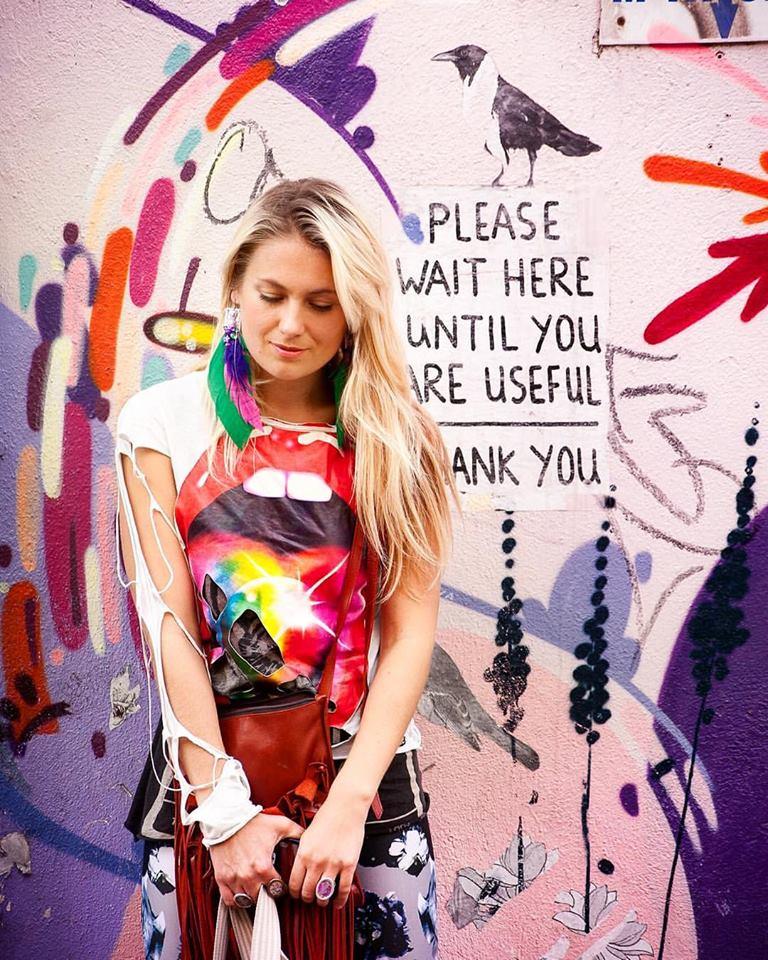 But it hasn’t been as straight-forward journey, as one doesn’t just become an artist overnight. Rinne has always been somehow connected with art, but she had never thought that to be an artist is going to be her true profession and a way of making living. “Life always threw many other ideas and opportunities to my path, but somehow everything that happened to me, helped me understand what my real passion is,” she says. Curiously, it was while studying law when she gained a sociological knowledge and courage to discover “the real me”, and understood her identity. That was a point where she knew she wanted to be an artist and started working towards fulfilling her dreams.

Rinne first came to London for a few months in 2011, to see if her ideas and cognition of colours have an impact on people elsewhere, other than Estonia. Just like anyone would be before embarking on a major new journey, she was afraid of failure, but in spite of that decided to give it a try. “I loved this city in all of its versatility and hugeness,” Rinne remembers. In 2012, she chose to settle in London and to accept the challenge and try her luck in the metropolis. 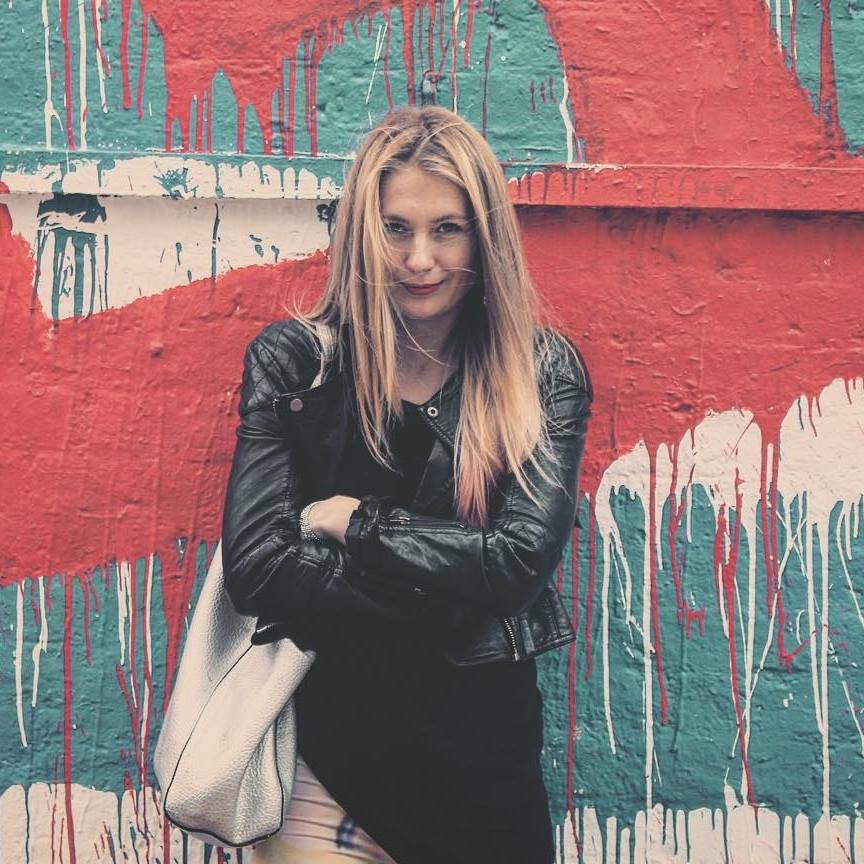 Now, she has a beautiful and cosy studio, called “The Atelier”, in North London, which she found thanks to a business space owner, who saw her potential during a difficult time when she was feeling ready to give up her dreams. “I felt that my artistic flame had burnt out,” Rinne recalls the period prior to discovering a place which would be perfect for her studio.

Rinne remembers that when she was sitting in her own art studio for the first time, she was like a changed person – just overwhelmed with happy emotions. “The studio made me finally feel right in my place and realise that I should never give up painting. You should never stop doing those things for what you have a passion for!” 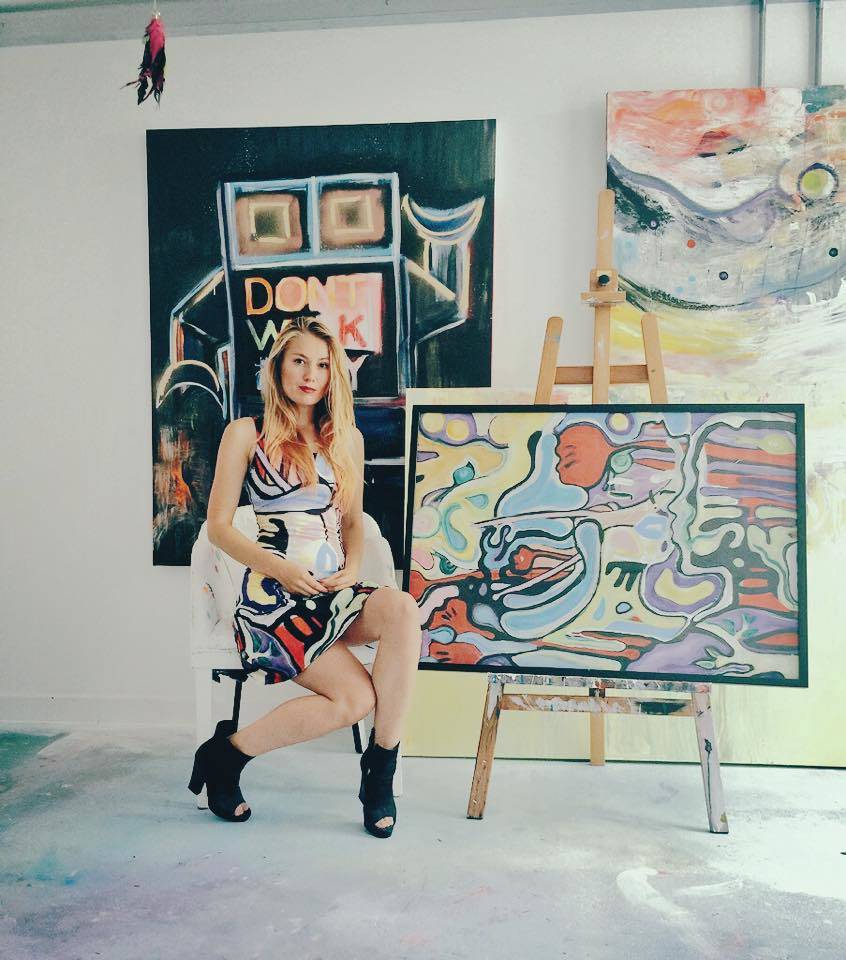 Artistically speaking, Rinne has never had a mentor to support her – or to question her – which means her professional journey has been long and difficult. “There has been a lot of self-discovery, but thanks to this, I feel a strong and independent woman now,” she states.

She describes her art as colourful and playful, having a deeper meaning with hidden secrets and stories within them. Rinne says her paintings must always in some way find the possibility of communicating with that individual who lays eyes on her works. Rinne also emphasises that every painting she paints, it is painted as if it were to be her last. “My last artwork should always be a good and positive painting, which would leave everlasting impression by channelling memories, depths and textures – as we don’t know what will come tomorrow,” she says. 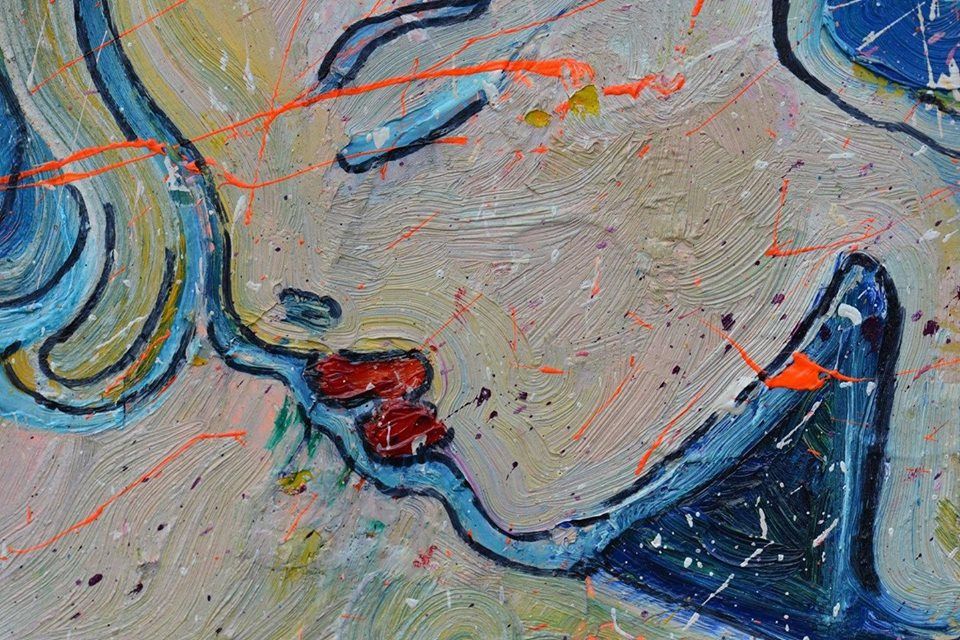 Rinne also enjoys collaborations with fellow designers, as she is involved with various projects, activities and art forms. “I love to use my paintings in many different mediums, because quite frankly, due to technology it’s possible.” Her studio is used mainly as a showroom, but sometimes there have been gallery exhibition evenings, yoga classes, art classes and in the future there may even be a very intimate supper club.

Among other initiatives, she is also trying to recycle, to re-use and at the same time keep her studio as waste-free as possible. Recently, Rinne started to do video tutorials in which she teaches how to make artworks with things one doesn’t need anymore. She has also been involved in charitable activities – in April, she had a solo exhibition, called “Karma”, in Tallinn and a percentage of her sold artworks went to the Tartu University Hospital Children’s Foundation, to support children with hearing problems. Meru, a long-time supporter of the foundation, says that she is a big believer in giving back to the community. “My art needs others, so I help others,” adding that it’s an amazing to feel that art can be beneficial in many ways. 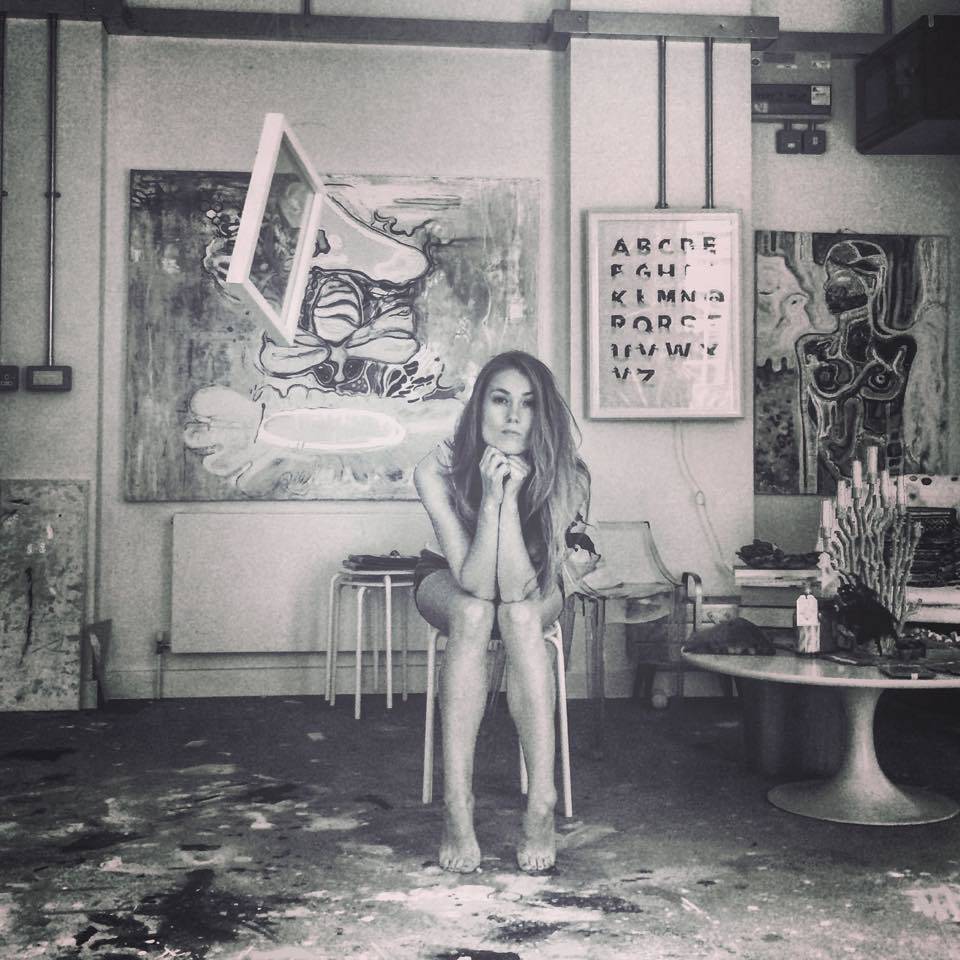 Talking about London, Rinne says the city has shaped her and has taught her to be a person she has become now. “As an artist, I absolutely love to be in London, but I would definitely not rule out living in some other big city someday.” She says that discovering herself is an ongoing process and that there is still a long journey ahead. “There is so much to learn and to experience and I am not yet close to my dreams. I need to travel so much further.” 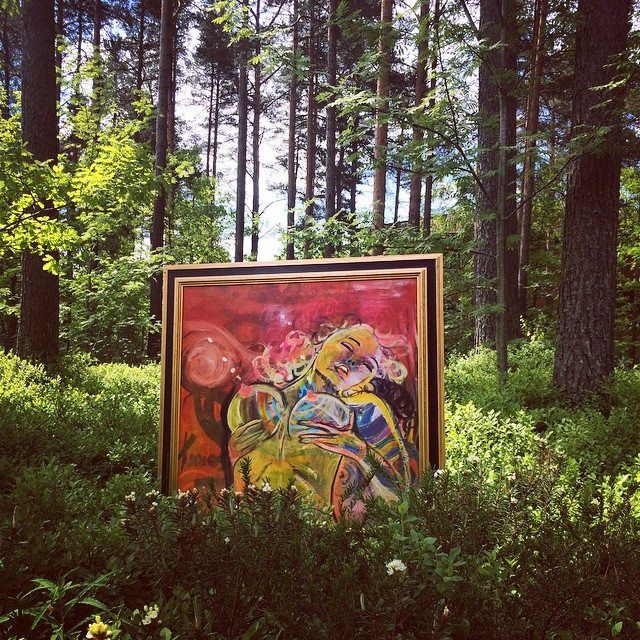 Speaking to Rinne, one certainly gets and impression that she has a lot of energy and courage to conduct anything that comes to her mind and there will definitely more to be heard from her in the near future. “As the saying goes, in the confrontation between the stream and the rock, the stream always wins – not through strength but by perseverance. Even though we are little nuts in a large system, we can make a lot of change as individuals,” Rinne persists.