You’re a young Estonian singer who wants to break out of your comfort zone. What challenge is greater than breaking into the London music scene? But that’s exactly what Liis Hirvoja, the Estonian singer in the British band POCA, decided to do. 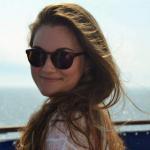 “I was in a choir for years and years — the Estonian Children’s Choir,” Liis explains, “but I think I really blossomed after I graduated from upper high school and came here [to London]. Before, I was passionate but I didn’t know what to do with it; I did school concerts, and I tried to get on Eesti Otsib Superstaari (Estonian Idol). But that wasn’t my way, and to come and study here was the best decision I have made. I found my bandmates here, I found my sound, I kind of found my voice — everything. I’m very happy with the decision I made.”

The name POCA comes from Liis’s love of myths and legends. “It’s like Pocahontas. I was reading this book about Pocahontas and I was in the middle of finding the sound, and the book kind of inspired me. It was an idea that I had, but it’s the overall band name now, not my stage name!”

“If we decided we just want to be famous and earn lots of money, we could write more poppy club music and maybe we would make it faster, but we don’t want to — we want to make the kind of music that comes from inside, when we jam together and try to find new sounds.”

POCA, a four-piece of Liis plus fellow London Centre of Contemporary Music students George Karpasitis (guitar), Jack Painting (drums, percussion) and David Horler (bass) seems to be a band with a wide range of influences. The songs I heard, the urgent, driving “There You Are” and the more tormented, stop-start sound of “Leave Me Be”, reminded me of Steely Dan, a band that successfully brought a jazzy sound to the rock mainstream. “It’s funny you should say it,” Liis replies, “we had a gig recently, where two people came up to us and said you can definitely hear jazz, and you can definitely hear rock — but we’ve never thought of it that way.” But jazz is a part of Liis’s studies. “You kind of learn it, then subconsciously apply it to the music. We sometimes gig as jazz musicians, as well as POCA, and we really enjoy it.”

Her band is looking to win over fans to a sophisticated but earnest sound, and they’re doing it in one of the toughest markets to crack in the world. For Liis, the thought of staying in Estonia did not appeal next to the much greater challenge of being one of hundreds of unsigned bands in London. There is intense competition for berths at record labels, and for the attention of the listening public. “I think that also creates opportunities, and that’s why I like it here [in London]. I wouldn’t want to try it in Estonia. There, either you go and get big overnight on a show or something, and then people might know about you after a year, or you just keep playing the same kind of venues, with the same kind of calibre.”

POCA write all their own music, and they write only the kind of music they honestly feel they want to perform. “If we decided we just want to be famous and earn lots of money, we could write more poppy club music and maybe we would make it faster, but we don’t want to — we want to make the kind of music that comes from inside, when we jam together and try to find new sounds and stuff.”

“When I get the lyrical mood, I can sit by my piano and start playing chords,” she continues, in response to a question about how she comes up with a new song. She spends a long time writing lyrics that fit into POCA’s soundscape and she wants the audience to take them in. “People don’t appreciate lyrics as much [as the music], they’re like, ‘this sound is so cool, but I don’t know the lyrics!’, so at the last gig I tried to make sure the instruments were down and I really pronounced everything, because the message is the words — that’s 50% of the song, and it’s so important.” 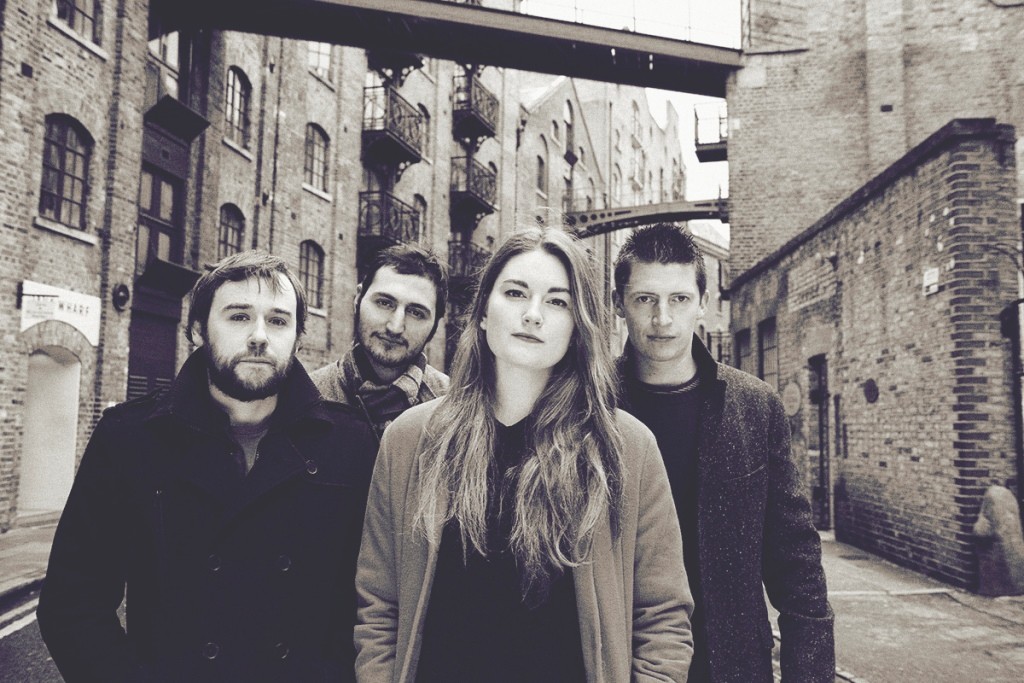 Growing up, Prince was Liis’ hero. She named him as her “number-one” musician without hesitation. “For his versatile, absolute, ‘genius-ness’; for playing all the instruments, and for being such an interesting, mental, mad person! I read his book, and I was so annoyed as well, because he’s such a difficult person, but I guess that’s what makes him so good. He always says ‘I want something to sound like that…’, and he’s so specific, but that doesn’t excuse that he’s such a bugger to everyone around him. But I can’t help it — if I met him, I think I would faint. I read he’s so into weird things, and so uptight, but he’s so amazing.”

“I tried to get influences from him, but also Lauryn Hill, Kelis; we all like Cinematic Orchestra, Bon Iver, Portishead and Massive Attack” Having heard all these influences quoted, I listened to POCA’s songs again. The sound is original, but there is a little bit of all the band’s favourites in the sound, from the ebbs and flows of Massive Attack’s best work to the vocal clarity Portishead’s singer Beth Gibbons brought to their songs.

All these influences feed into the songwriting process. It seems they made Liis more outlandish in her lyric-writing, pushing beyond love-song cliché. “I liked to write about relationships, but now I like to explore a bit more; I find nature really useful, in terms of metaphors and symbolism. And even the cosmos and the universe!”

“My new song is called ‘Mount Atlas‘, about the Greek myth. I like to put deep stories behind words. Sometimes it’s really encrypted, but I really enjoy it; it’s like a puzzle to me, and I work on a song for a long time. I could write a song in half an hour or an hour, but I wouldn’t be happy with it. I like to work on the lyrics for months and months and improve them and the storylines.”

“I’d rather be poor if I need to be. I’m singing every day, I’m rehearsing, and I’m glad I didn’t listen to these people who said I should do something ‘normal’.”

Being frontwoman and, usually, spokeswoman for the rest of the band comes with its own set of challenges. “People say ‘oh, it’s Liis’ band,’ but I’m really tired of emphasising that this band wouldn’t be here, without this exact combination of people. If one of them was missing it would be a totally different band. I think because they’re such good musicians, they do enjoy it, but I think everybody is really happy with their role at the moment. As long as I’m not a diva, they’re fine!”

There are daily pressures, inevitably, especially when starting out. “I love it, don’t get me wrong, but people say, ‘oh, you just open your mouth and sing,’ when I actually have to go to work, and then if I lose my voice, what do I do? I have to get treatments and stuff to keep it going. I have to practice, and I’m the manager of the band, so I organise and do the paperwork, and it’s everything, you know? And I want it to be like that.”

POCA were due to tour Estonia in April of this year, but had to delay on these plans — however Liis and the band are in touch with Frankie Animal and Liqui Fuzz, some of the most talked-about names on the Estonian music scene; Liis is a fan of both bands and would love to work with them in the future.

People everywhere, not just Estonia, are under pressure to choose a job with security and training, to settle down, and to find a stable life. Liis feels this is especially a pressure in her home country, though — their unique history having made Estonians cautious about their future. Although some doubters have advised Liis to view music as a hobby, not a career, she has a supportive family in Estonia who are happy she is in the music business. It’s clear Liis Hirvoja is in the right place, and that POCA is a band going places quickly. “I’d rather be poor if I need to be. I’m singing every day, I’m rehearsing, and I’m glad I didn’t listen to these people who said I should do something ‘normal’.”

Photos: Liis Hirvoja with her band POCA in London