Toomas Tuulse is a multifaceted, radiant person – a composer, pianist and a choir conductor; no major concert or celebration within the Stockholm Estonian community takes place without him. Like tens of thousands of others, his parents fled Estonia in the autumn of 1944 and reached Sweden’s shores. How was it to grow up on the western side of the Baltic Sea knowing that somewhere on the other side is “home”, but it is a forbidden land? This is an interview about Tuulse´s extraordinary musical journey that has made him and the music he creates so special.

How did you become a composer?

I was born in Stockholm in 1946. I was brought up in a home filled with artwork, literature and music. We often had very interesting visitors: artists, writers, academics – what united them was that they were all creative spirits. I grew up in a creative atmosphere, where something new was always being created, new connections and things. Art and science, experience and theory, storytelling and literature – these intertwined with each other, and that is how I found my own freedom to invent. A major part of my adult lifestyle has been to be curious, to boldly experiment and to break barriers.

Music was important to both of my parents. One of their dreams was fulfilled when I was eight years old – they were able to purchase a brand new piano. Of course, I started taking piano lessons. To me, that was the most natural thing in the world. I already had a strong connection with all kinds of musical instruments. I thought, “What wonderful music could be played on all those beautiful instruments!” My first piano teacher was Harri Kiisk. Later on, as an adult, I played for many years for Käbi Laretei.

When I was twelve, I wanted to study composition. My piano teacher taught me theory and encouraged me to discover the mysteries of music. I experimented for a long time on my own. I put in a great deal of effort and for a hundred mistakes, I would have one success. I experimented with a lot of different styles: I was an impressionist, a modernist, serialist, avant-gardist… when I reached thirty years of age, something in me was freed; it was as if I passed through an invisible wall – all which had seemed so difficult, earlier on, was now achievable, thanks to all of my experiences. I found my own style, which actually was comprised of many styles.

For a short time, I was able to study under Eduard Tubin. I studied the structure of music, counterpoint and orchestration. Each session always ended with memorable moments by the coffee table where I could ask any question I wanted. Tubin had an inexhaustible supply of information and interesting stories. 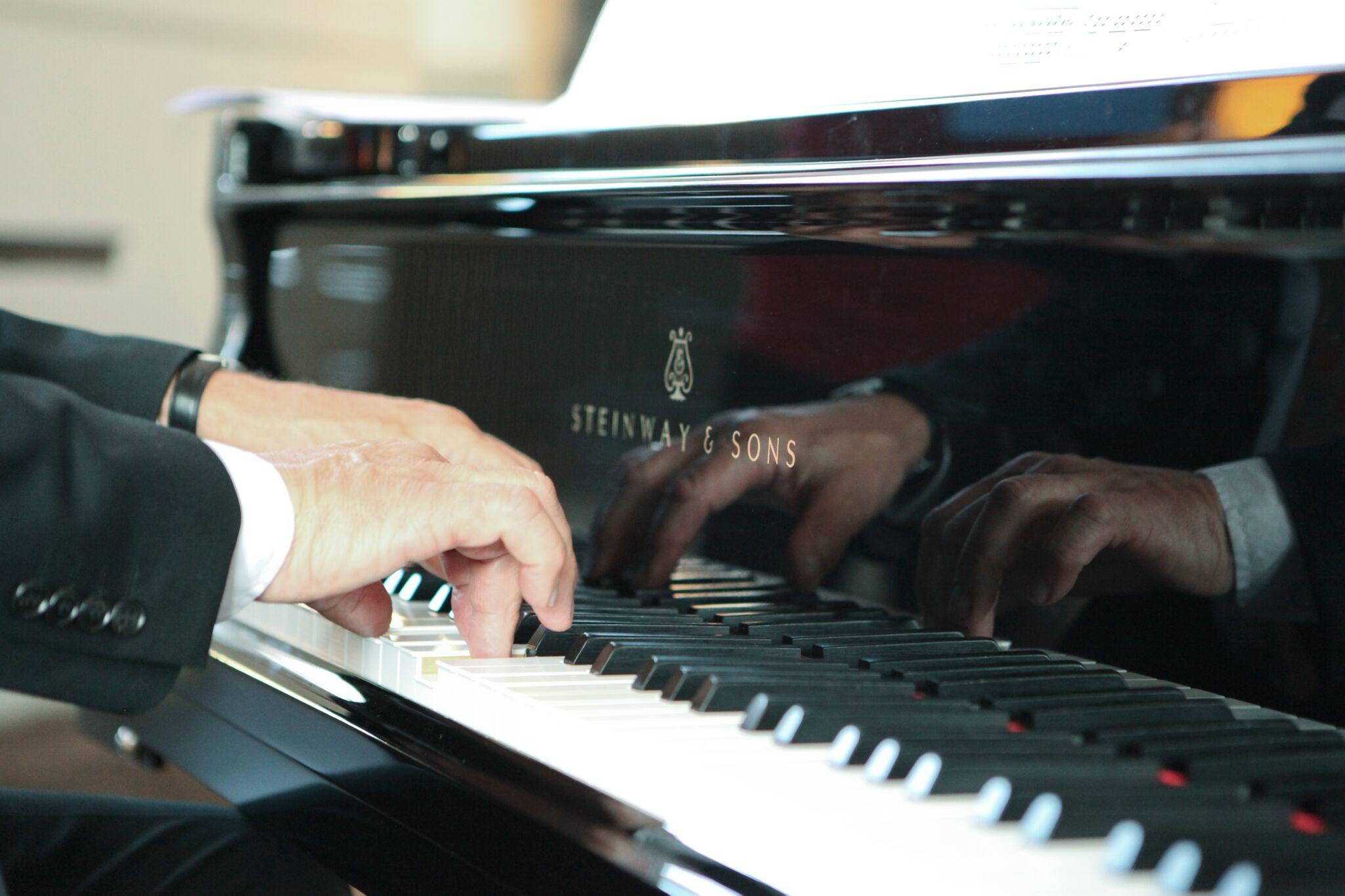 My work with choirs has been an unbroken thread in my life. I wrote some pieces already in high school and was even able to conduct them. For many years, I sang in various church and chamber choirs. I really enjoyed that and learnt a lot. Then I started participating in our Estonian choirs. First the Stockholm Estonian Women’s Choir, then Vikerkoor and now I am one of three conductors for the Stockholm Estonian Mixed Choir. I enjoy sharing being the conductor of a choir as it gives the choir wider experiences and greater freedom. Writing choir music is one of the most enjoyable things to do in the world. Usually I choose a text which I myself like, then I interpret it and then wrap it in a sound that both women’s and men’s voices will sing.

Last summer, the title song of the Pärnu Song Festival was “Imede aias” (“In the garden of wonders”), which was composed jointly by you and Hando Kask. And the permanent repertoire of the Stockholm Estonian Mixed Choir contains many of your beautiful compositions. Besides choir music, you have also cultivated other kinds of music. From the viewpoint of today’s anniversary, looking back for a moment, what do you consider to be highlights of your musical creativity?

In 1973, I worked with others on a Swedish Radio project. I wrote a piece for the annual European radio union competition, Triumph Varietée, which was held in Monte Carlo. We christened the twenty-minute piece, Joyces for Voices. It was a solely vocal fantasia expressing the joy of living. I wrote samba music, jazz music, lullabies and fugues, and arranged them for voices. My co-workers inspired me, organised and recorded the music. We sent the competition piece to Monte Carlo and after a few months, we found out that we had won. We were European champions! A golden cup inscribed with our names sits in the radio station’s lobby.

In 1976, I composed and orchestrated a minuet for wind instruments for the regional music competition. I achieved third place and the music was recorded. These kinds of small successes inspire and stimulate me, and propel me forward. 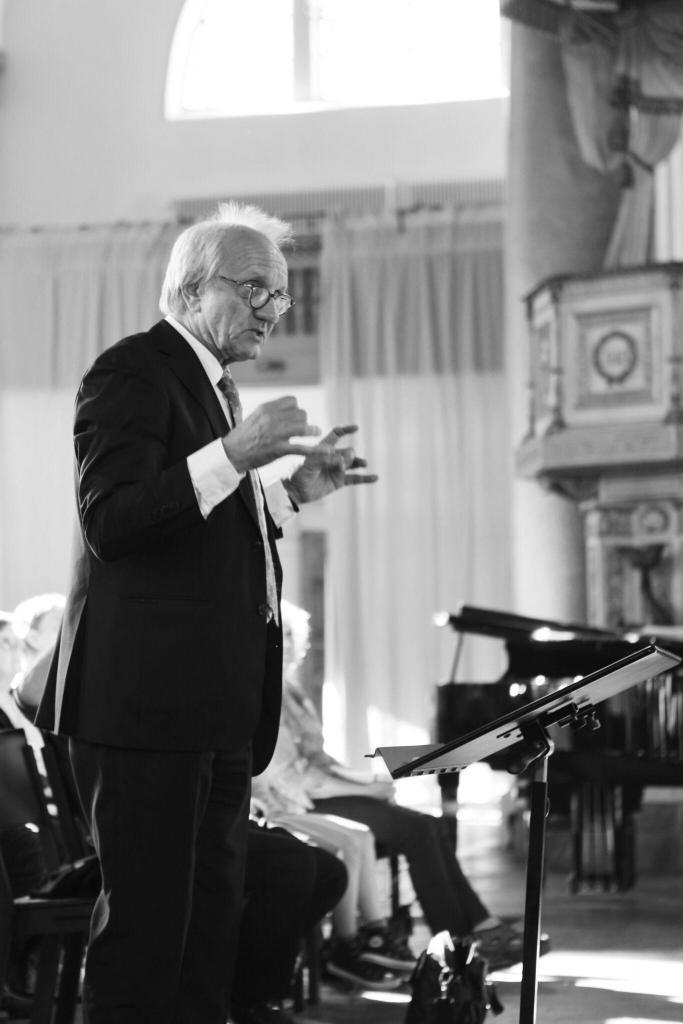 All of the smaller and larger compositions which have been written for our Estonian events in Sweden are memorable. For ESTO 80, that was held in Stockholm, I wrote a whole cantata for orchestra, choir and soloists, based on Kalju Lepik’s poetry. I was also asked to write a song to be sung by the combined women’s choirs at the ESTO 80 Song Festival based on Marie Under’s poem, “Hommikupalve” (“Morning Prayer”). For the Stockholm 2013 Estival, I was asked to compose a song for the men’s choir, something that was to be humorous and based on a song that was already well known. So I rewrote “Hakkame mehed minema” (“Men, let’s get going”), adding clapping, stomping feet and unexpected rhythms. From the “Sweedest Song”, I received a request with some fascinating content. From that was born “Läks aga metsa” (“Went into the forest”) fugue for choir, which contained text and themes from the popular song “Kui Kungla rahvas” (“When Kungla’s people”). The public is invited to join in singing the last phrase.

I have always liked being asked to compose something – it is a specific undertaking within a certain time frame. But sometimes the creative impulse comes from some meeting, a gust of wind, a beautiful memory… or I get new ideas from colleagues. Hando Kask is one of them. Together, we have written many choral pieces as well as compositions for the cabaret and theatre. For Estival 2013, which I mentioned earlier, we wrote a special performance piece – “Wiiraltiana” – about Eduard Wiiralt’s life and his works of art. Actors virtually stepped out of his artwork making them come alive… And this spring, the women’s choirs at the Pärnu Song Festival are performing a song I wrote based on Ellen Niit’s text called “Viibida vaikida” (“To remain, to be silent”). Ellen Niit is a writer whom I love very much and her writings can be found in many of my songs.

You lived in Sweden surrounded by the cultural people from the first Estonian period of independence, but actually never visited Estonia. What did living in that double reality actually mean to you?

As a child of refugees, I felt different from the others and cast aside. I grew up amidst my parent’s sadness, hopes, fears and dreams. And that had a great impact on my life. So many of my questions whirled around my parent’s homeland: what was Estonia, what did it look like, what would it feel like to hear only Estonian spoken all around me, can Estonia ever be free again? How can I learn to live in the Swedish community with my feelings of exclusion? It took about fifty years before I attained harmony between my two identities. By then, I had contacts with Estonia and that helped. When Estonia’s borders opened up a bit more in the late 1980’s, our theatre group and choir went there and we started to get to know our parent’s homeland.

Playwright Heidi Sarapuu offered that I work with her and the “Varius” theatre. So I started to travel to Tallinn many times a year to write music as well as perform in her shows. During that period, the performances were by Swedish writers: Nils Ferlin, Karin Boye, Gustav Fröding… Mart Jürisoo always accompanied me as he sang my compositions. I developed some young Estonian friends who inspired me to speak more contemporary Estonian. I got to know the city of Tallinn and its cultural life. Becoming a part of the cultural life in Estonia was a huge privilege as a result of which I felt that I was both Estonian and Swedish. What a blessing to be able to express oneself in two languages and to be creative in two cultures!

Stockholm continues to be one of the largest centres of Estonian language and culture outside of Estonia. What has changed over the years and in what will happen next?

Already during high school, I started singing in our Estonian congregation’s choir, where the conductor was Harri Kiisk. I sang a piece of sacred music written by Cyrillius Kreek which had been smuggled, on microfilm, out of Estonia – singing it there was forbidden. For us, it was a manifestation of a free culture. The whole cultural life of Estonians in Stockholm pulsed with the fight for freedom. Music, art and literature were very important expressions of that fight. And I was quickly drawn into that fight for freedom. 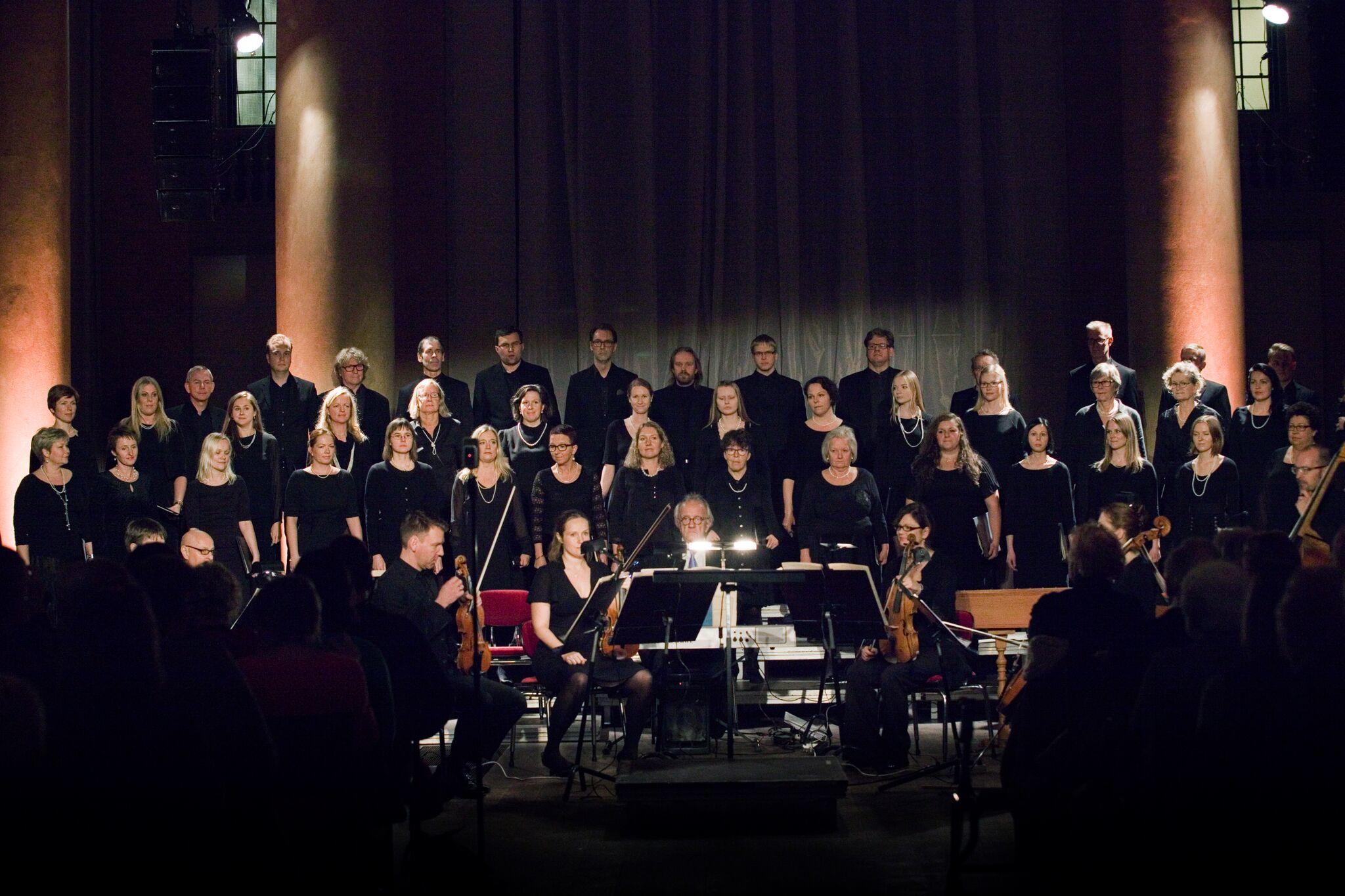 Today, everything is different – we celebrate the same holidays though on different sides of the Baltic Sea, we travel freely, we have friends and things to do on both sides. Information and inspiration flows freely. Fine new Estonian singers knock on our choir’s doors in Stockholm. Our choir today is so active, creative and dedicated, with many generations and people with so many different life’s experiences meeting each other and creating music together. We have to keep in mind that we are one of Europe’s continually developing cultural traditions and we, Estonians, have our voice amongst so many others. Our contribution is important in both the immediate and wider sense.

On 28 May, a major musical celebration of your birthday will take place at the Eric Ericson Hall right in the centre of Stockholm. Perhaps you could briefly tell us of your plans for that day?

The performance will cover sixty years of musical creativity, starting with my first childish waltz up to a première performance of a song. The music will cover many styles and come from many projects. I have always been an active musician and, when new music was required, I wrote it – for choirs, cabarets and theatre, for musical friends, the church, as well as for children… I have had a long working relationship with an American friend, a fantastic writer, Jack Barnard. Many of the songs to be sung at the concert were composed using his writings.

I have invited my family and friends to come and make music with me – my wife Lena Kristina, daughter Johanna and grandchild Alice. My son Josef will take care of the sound. The Stockholm Estonian Mixed Choir will be with me – organising and performing – as well as Sweedest Song and Amabile choir from Tallinn with their conductor and soloist Meeli Tammu and many others. An ensemble and orchestra will be in place and I have asked my co-conductors from the mixed choir to each conduct their choral section.

1 thought on “Toomas Tuulse 70: “Working with choirs has been an unbroken thread in my life””