Estonian Defense Ministry has released details of a planned joint battalion between Estonian, Latvia and Lithuanian forces, which would begin operating within NATO in 2016.

The Baltic Battalion would consist of Estonia’s Scouts Battalion as well as infantry companies, anti-tank units, military police, and air traffic controllers from Latvia and Lithuania.

The unit will be led by the commander of the Estonian Scouts Battalion, Maj. Andrus Merilo. 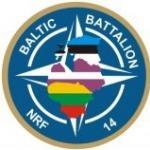 The battalion will begin preparations in 2014, while training will culminate in 2015 as the unit takes part in the US-led Saber Strike exercise and the Trident Juncture exercise in Spain.

According to Estonia’s Commander in Chief Maj. Gen. Riho Terras, the joint unit is a sign of the great potential for Baltic cooperation. “The allies and partners view Estonia, Latvia and Lithuania as a single security space. Forming a joint battalion shows that we are capable of quickly uniting our forces and carrying out our intentions on both the staff and subordinate units levels,” Terras said.

The first joint Baltic battalion was active from 1994 to 2003. In 2010, a join Baltic unit took part in the 14th rotation of NATO response forces.