The Estonian president, Kersti Kaljulaid, met with her Russian counterpart, Vladimir Putin, on 18 April in Moscow; the two presidents discussed the mutual relations between the countries, economic cooperation and the international situation.

The meeting between Kaljulaid and Putin lasted for two and a half hours. The heads of state discussed the countries’ cross-border cooperation, different opportunities for working together to liven their economic cooperation, and aspects of international relations, the Estonian president’s office said in a statement.

“Estonia is running for the membership in the United Nations Security Council and conflicts in the world affect us all one way or the other,” president Kaljulaid said. “We discussed at length conflicts and their potential solutions in Ukraine and Georgia, where the position of Estonia and the European Union is very clear.”

The presidents also discussed economic matters and noted that trade between Estonia and Russia has declined over the years, but there are definitely issues that should be solved in the interest of both countries. 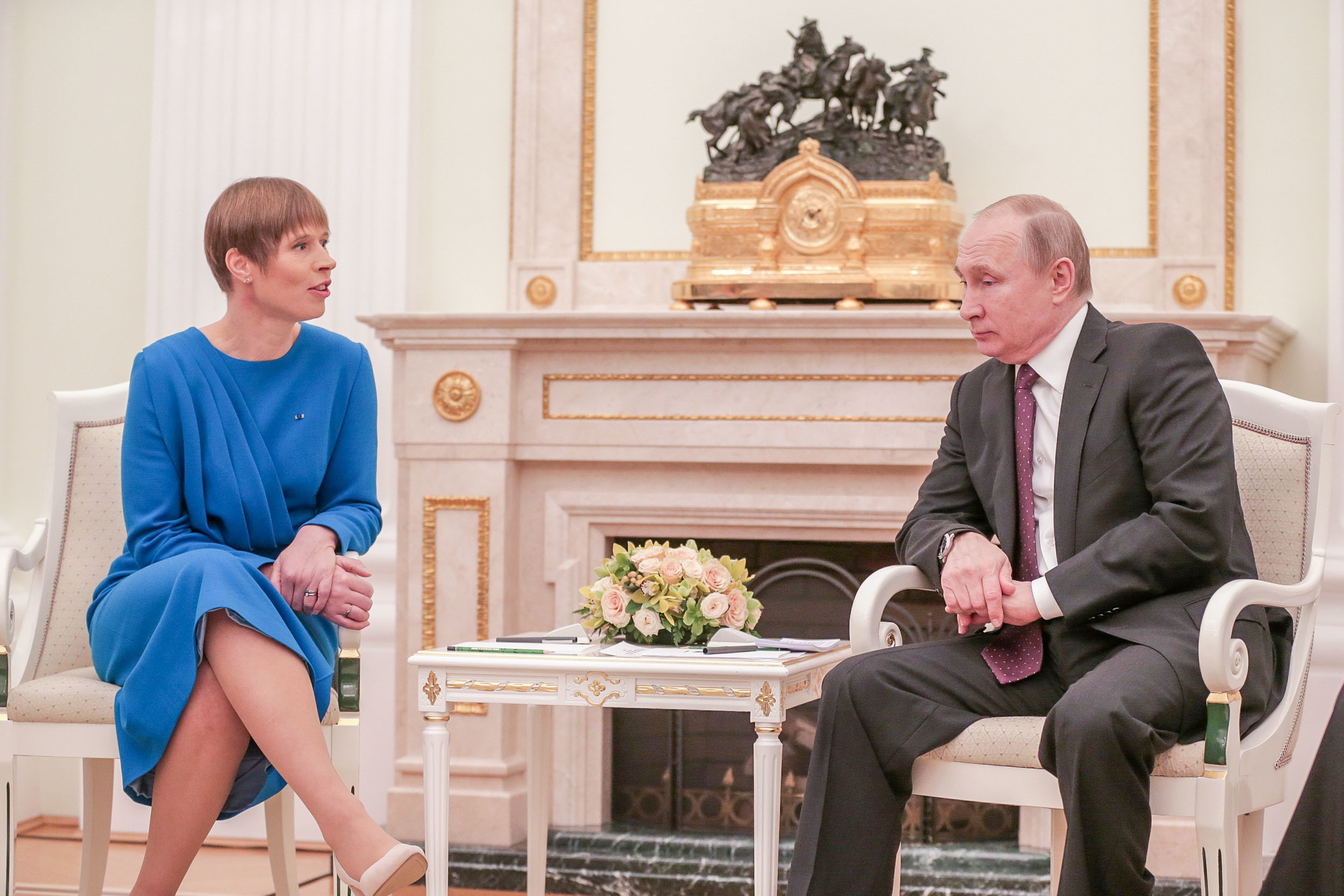 “It is better to talk to each other than about each other and that is the reason why this meeting today took place,” Kaljulaid noted, adding that talking is important even then when it’s known that there are differences of opinion. “But in the relations of two neighbours there are always aspects where our interests align and where we can do something for our people and businesses.”

The Estonian president invited her Russian colleague to Tartu where the eight congress of the Fenno-Ugric people will be taking place in 2020.

Kaljulaid was in Moscow to inaugurate the renovated building of the Estonian embassy in Russia.