As an Estonian expat who first moved abroad at the age of 6 but who returned to Estonia to complete my ajateenistus (military service), I have just one message for those, both here in Estonia and abroad that are considering it now: it is absolutely worth it.*

As a small nation in a strategically significant location that is difficult to defend, Estonia’s precious independence was first won in the aftermath of the First World War by a fortuitous combination of national heroism and external assistance. These elements form the core of Estonia’s dual defence policy today, too, and are reflected in Articles 3 and 5 of NATO, namely that we must be able to defend ourselves but that we can rely on our partners and allies in the gravest of situations.

The events of the past few years have fundamentally altered the security situation in Estonia, and this requires an equivalent shift in our mindset toward national defence.

The advances made by Estonia in the past quarter-century in terms of democracy, the rule of law, human rights, health care and economic development are all underpinned by security and stability at home and abroad. In a tumultuous international environment and an immediate neighbourhood characterised by political, economic and diplomatic, and, ultimately, military coercion, Estonia as a nation needs the resolve at both the heights of strategic decision-making and in the hearts of its citizens that we will do what we must and pay what is necessary to ensure our independence and territorial integrity. 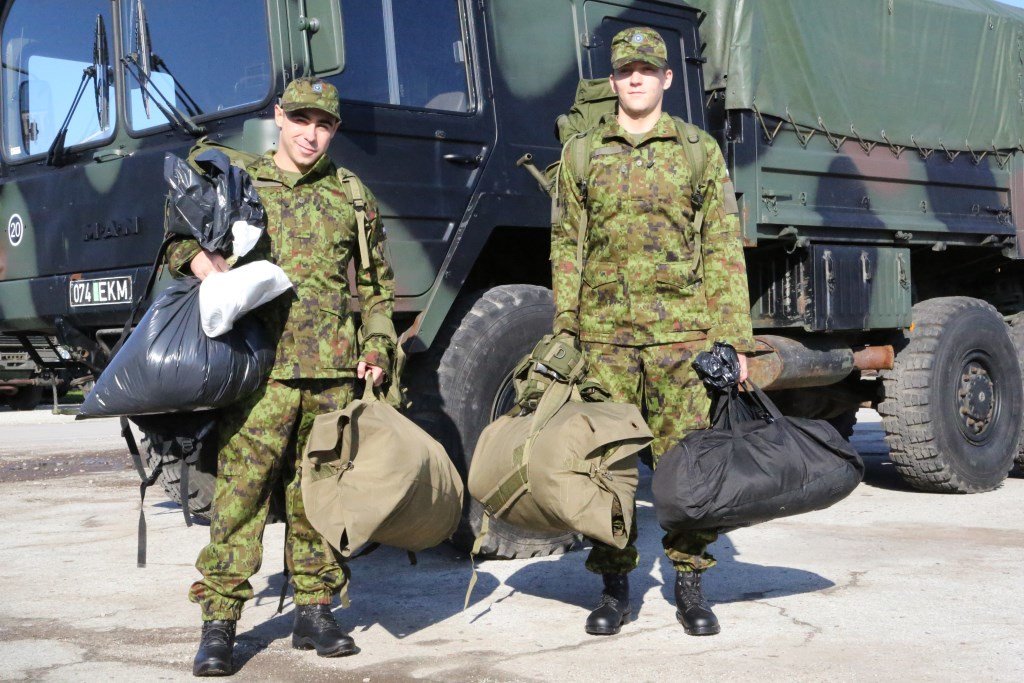 Of course, the high politics matter less to most of us than our career ambitions and personal goals. But I can attest that military service in Estonia can be beneficial in that sense as well for both those of us living in Estonia as well as those who form part of the diaspora community. This is because, as with everything else in life, what you get out of the service is proportional to what you put into it, both physically and mentally. This is particularly the case with physical fitness, but also with four other crucial and cross-cutting elements: stress management, teamwork, self-expression and leadership.

Difference between success and failure

First and foremost, I would argue that how you react to difficult situations can make the difference between success and failure. In your professional and personal life, you will be subjected to high-pressure situations and challenging events. In military service, you will be pushed to the end of your physical and mental capabilities.

You will face the kind of pressure, difficulty and adrenaline that you have never experienced before. Will you buckle under the potentially overwhelming hardships or will you overcome them? Conquering those kinds of challenges or learning your own limits in military service makes you better prepared to handle and overcome stressful situations in your professional and personal life as well, no matter what field or situation you find yourself in.

Secondly, the days of the lonely genius are over and teamwork skills are necessary regardless of one’s institution or field of endeavour. Military service can give you a window into social dynamics and the virtues of cooperation in close to their most extreme form.

Taking part in joint activities that are often very challenging and for which there is only extremely limited financial compensation can give you substantial experience with the concepts of discipline, motivation and inspiration. These are valuable skills and substantial insights that, if properly understood and implemented, can make or break the successfulness of any group or organisation and can be very helpful for each of us to internalise as we continue to make our way in this world.

Strengthening the fabric of society

Thirdly, and this applies especially to the diaspora community, military service is beneficial for one’s language and social skills and also for the feeling of community and nationhood that they support. If you’ve grown up speaking Estonian at home but still often think in English or another language, putting yourself in a situation where Estonian is the only thing around can do wonders for your speaking ability.

For those that have grown up in Estonia, there is a certain subset of vocabulary used in the military service that creates a unique bond between those that have gone through it. Either way, whether because of natural reasons or as a result of mutually endured hardships, the military service usually brings with it lasting friendships and strengthens the fabric of our society in each of these ways. 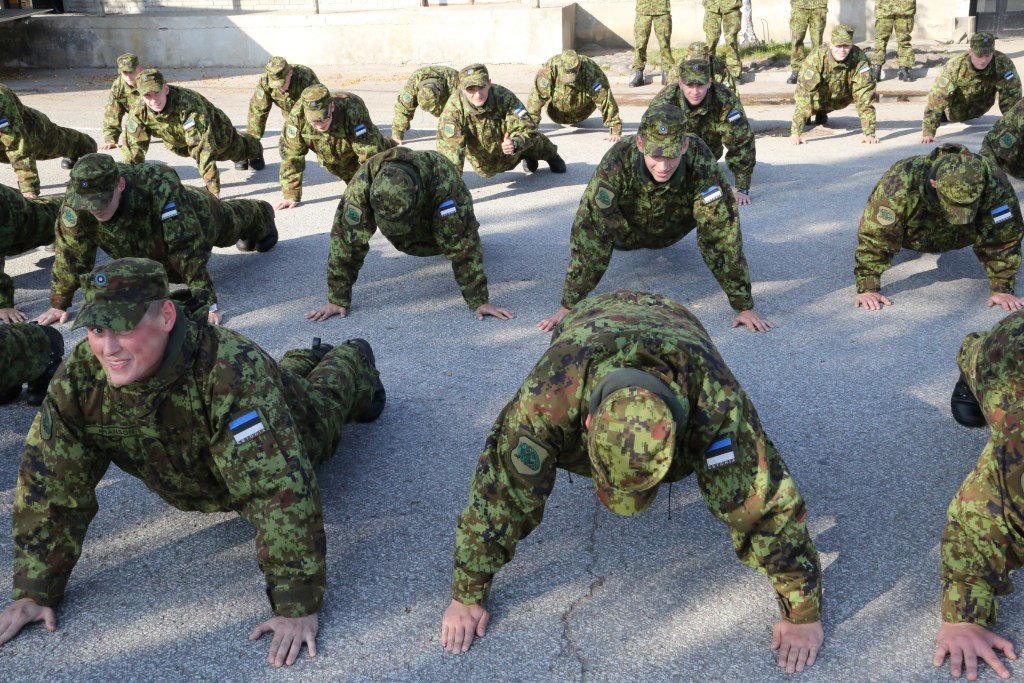 Finally, the military service gives you an unparalleled experience with leadership. This applies both to those who end up remaining privates as well as those who go on to become sergeants or even platoon leaders. By the end of your service, it will become clear whether you are a successful or unsuccessful leader and/or team member.

Either way, the personal characteristics, attitudes and abilities necessary for both giving commands and carrying them out will reveal themselves, and those lessons that are learned in that environment can be effectively applied to countless situations in civilian life. Every organisation has a leadership structure and teamwork dynamic of one type or another, and getting an experience of that in its most challenging form can be very useful for reaching your goals, whatever they may, in the rest of your life as well.

But going back to the bigger picture, one of the most important things that is accomplished by the military service is the creation of a shared security consciousness in the minds of our citizens. We understand that without security, we would not have the quality of life and level of development that we do.

And I argue that partially as a result of being one of the last European and NATO countries with compulsory military service, Estonia’s society is much more in tune with international security developments and interested in the complex questions of security policy than those of most of our allies. This is a substantial strength that contributes to the international credibility that we have achieved as a result of the extensive list of forward-looking security policy decisions made by our governments over the years.

One of the most meaningful experiences

As for me, I have to say military service was certainly one of the most meaningful experiences of my life. Never before or after have I felt exactly that combination of adventure, purpose, hardship and pride. Estonia is only as strong and as resilient as the skill and resolve of its reserve army, and for me, taking the vow to defend my country at all costs and regardless of danger or difficulty was profound beyond words.

During my service, I kept in my chest pocket a document detailing the imprisonment, deportation or execution of a large proportion of my extended family during the Soviet occupation, when Estonia was unable to defend itself. When I took that vow to defend my country, I promised to give my all to prevent that kind of atrocity from ever occurring again. And I will never forget the feeling of self-realisation when I had a rifle in my hand, a knife on my waist, simulation grenades in my pouch and illumination flares in my pocket, ready to begin the defensive battle training session, learning the skills to protect my nation in a time of need. What will be your motivation?

So to those of you that don’t have physical reasons for not doing so and are considering whether or not to complete your ajateenistus, I say again: it is worth it. Do it to gain a one-of-a-kind experience. Do it because it will help you in the rest of your life. Do it to see the pride in your grandparents’ eyes. And do it to see the Estonian flag continue to wave on flagpoles across our land and around the world.

Photos courtesy of Estonian Defence Forces. * The original version of this article was published on 12 October 2014.

Patrik Maldre is the managing partner at Retel Partners, a think thank that aims to build bridges between Estonia and the United States in the fields of cyber security, e-governance and defence. Previously, he worked on cyber security policy as an analyst for think tanks in Estonia and the United States, and as a diplomat at the Estonian ministry of foreign affairs. He holds a BA in philosophy and political science from the University of Illinois at Urbana-Champaign and an MA in international relations from the Institut Barcelona d'Estudis Internacionals (IBEI). He completed his mandatory military service in the Estonian Defence Forces in 2007 and is an active member of the Estonian Defence League.