The Tallinn Manual, the most influential handbook for legal advisers dealing with cyber defence issues, was announced as a 2016 inductee into the Cybersecurity Canon, a book list that celebrates authors and works of literature that accurately depict the history, milestones and culture of the modern cybersecurity industry.

The Tallinn Manual won in the cyber warfare category. The inductees were honoured during the opening reception of Ignite 2016, a Palo Alto Networks annual conference.

The Tallinn Manual on the International Law Applicable to Cyber Warfare is the most influential handbook for legal advisers dealing with cyber issues. The Tallinn Manual process is facilitated by the Tallinn-based NATO Cooperative Cyber Defence Centre of Excellence and the manual is authored by 20 leading international legal experts. 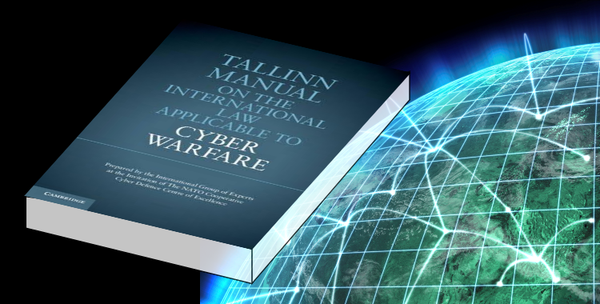 The experts who participated in the making of the manual believe that the answers are to be found in existing international law. The manual does not focus on cyber security, but rather on how international law regarding warfare can be adapted to conflicts in cyberspace. It is a unique document that does not represent new officially binding rules but rather shows how policy-makers can interpret the law we have today. It is recognised that the distinctive nature of networked technology requires additional work on traditional laws. Nonetheless, it does not require a reinvention of international norms.

The international group of experts is currently finalising the Tallinn Manual 2.0, which will be published by Cambridge University Press. The second considerably expanded and updated edition of the manual will deal with the most common and frequent cyber incidents that states encounter, those that take place every day beyond the battlefield.

Launched in 2014, the Cybersecurity Canon aims to promote the continued education of cybersecurity professionals by providing a curated list of both fiction and non-fiction works that advance the discussion of modern industry issues.