The Estonian member of the European Parliament, Tunne Kelam, is to be awarded the Truman-Reagan Medal of Freedom by the Victims of Communism Memorial Foundation.

The Victims of Communism Memorial Foundation will award the Medal of Freedom, alongside with Kelam, also to the former president of Lithuania, Valdas Adamkus, and the Latvian MEP and author, Sandra Kalniete.

The Truman-Reagan Medal of Freedom is awarded each year to those individuals and institutions that have demonstrated a lifelong commitment to freedom and democracy and opposition to communism and all other forms of tyranny, the foundation said in a statement.

Kelam will receive the award for his role in founding the Estonian National Independence Party – the first democratic political party in the soon-to-collapse Soviet Union – founded on 20 August 1988.

Challenging the all-mighty monopoly of the Communist Party

“This Truman-Reagan medal belongs also to the 105 brave Estonian citizens who, 30 years ago, dared to challenge the all-mighty monopoly of the Communist Party and founded the first democratic political party in the Soviet Union,” Kelam said. “I am proud to have been one of them.”

The Estonian National Independence Party represented the anti-communist wing of the country’s independence movement. The party gained a majority during the February 1990 elections of the Congress of Estonia. 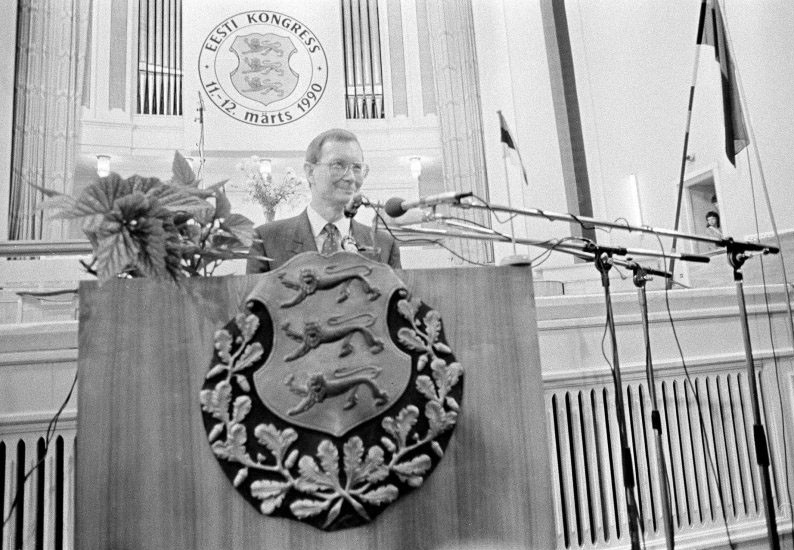 After Estonia regained independence in 1991, the Estonian National Independence Party was part of the centre-right government from 1992–1995 and later merged with Pro Patria to form the Pro Patria Union, a national-conservative party.

The Victims of Communism Memorial Foundation is a Washington, DC-based, non-profit educational and human rights organisation devoted to commemorating the more than 100 million victims of communism around the world and to the freedom of those still living under totalitarian regimes.