The German chancellor, Angela Merkel, was presented with an Estonian e-residency card during her two-day visit to Tallinn.

Germany and Estonia have become formidable allies in recent years. Estonia has supported many European policies of Merkel’s cabinet and Germany, on the other hand, is more sympathetic than before, when it comes to security concerns and Russia.

This year has also seen a new development between the two countries – cooperation in digital affairs.

Last spring, Merkel invited the Estonian prime minister, Taavi Rõivas, to participate in a meeting of the German government. At the meeting, Rõivas presented a report on the modern state and cyber security, highlighting the Estonian e-government and the country’s experience in cyber security. 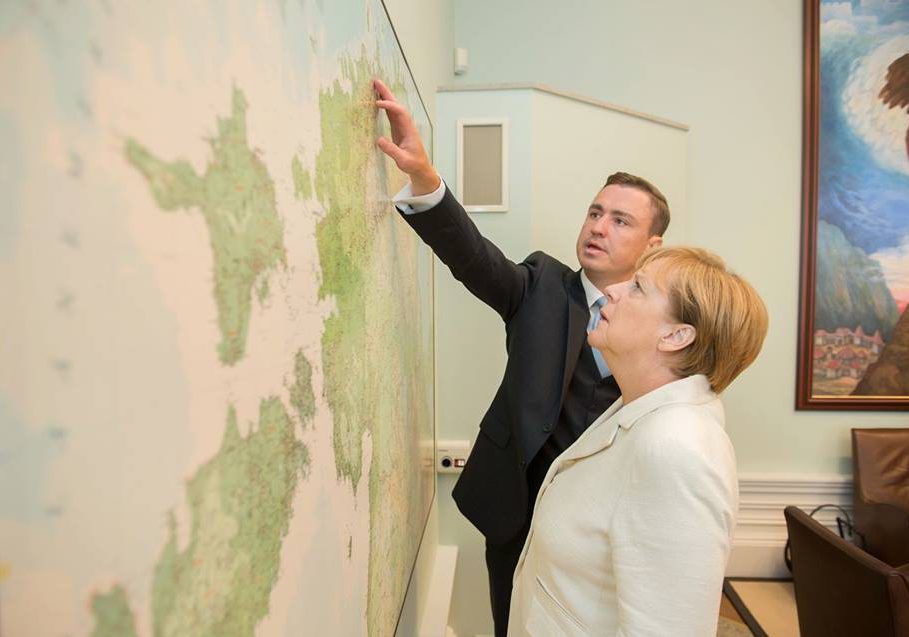 The German cabinet took an interest in e-Estonia and digital society was also on the agenda during Merkel’s visit to Tallinn, where she delivered a speech, entitled “Estonia – a pioneer in digital technology – and Germany – a global industrial power – shaping the future of Europe together”.

According to Rõivas, combined Estonia’s expertise in information technology and Germany’s industrial power could work wonders, at the time when Europe is in bad need of new stimulus and energy.

“I hope that my visit to Germany this spring and Chancellor Merkel’s visit to Tallinn lay the foundations for a specific cooperation between Estonia and Germany in IT field,” he said in a statement. “Estonian IT companies and experts are keen to cooperate with the Germans in order to find new solutions to boost our economies and improve the lives of our citizens.”

In Tallinn, the German chancellor was shown the e-Estonia showroom and how some of the Estonian paperless solutions, such as the digital signature, work in reality.

Rõivas also gave Merkel an Estonian e-residency card – a state-issued, secure digital identity for non-residents that allows digital authentication and the signing of documents. Angela Merkel is Estonia’s e-resident No. 11,867.