Trump’s interest about the e-residency was sparked after a successful covert operation by the Estonian secret service ESSAD, its agent, who asked anonymity, disclosed to Estonian World.

Despite the property mogul’s contentious image and his offensive remarks made during the US presidential campaign, Trump’s application for Estonian e-residency was granted ultra-fast by the country’s authorities, even despite objections by the Social Democrats, one of the coalition partners in the current Estonian government.

The Estonian secret service initiated the successful operation to woo Trump in December last year, after becoming increasingly worried about the loudmouth candidate’s too cosy affair with the Russian president Vladimir Putin.

Trump received praise from Putin, who called Trump “bright and talented”, after the presidential hopeful had previously brushed off accusations that Putin has assassinated political adversaries and journalists. Trump said in return that he would “get along fine” with the Russian leader if elected. “If Putin respects me, and if Putin wants to call me brilliant … I’ll accept that, and I’ll accept it on behalf of our country,” he said.

This was a red alert for the Estonians. But as Trump himself as said that “luck is everything” – among many hundreds colloquialisms he has managed to come up with during the campaign that resembles a comedy show – luck smiled to the Estonian secret service indeed. 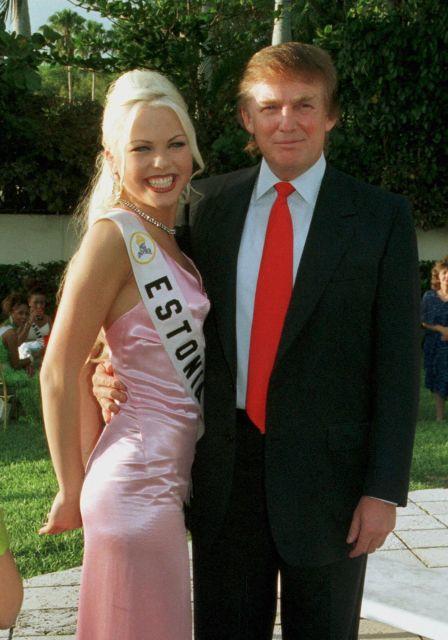 First, the former Miss Estonia, Kristiina Heinmets-Aigro, was contacted to. Heinmets-Aigro had met Trump, while participating in the Miss Universe contest in 1997 – the business tycoon owned the beauty pageant at the time and as a self-confessed ladies-man, eagerly mingled with its contestants. Heinmets-Aigro remembered that Trump had been aware of Estonia – apart from complimenting on how beautiful Estonian women look like, it turned out that his nanny had been an Estonian refugee, who had settled in New York.

Next step was to find the Estonian nanny who had been trusted with a hard task of looking after young Donald. Luckily, the Estonian House in New York came to rescue and pointed to a right direction. A lady called Maiu Hoiataja was still alive and well, living in a great spirit in the city’s Queens borough, just down the road from the hilltop mansion where Trump grew up.

Hoiataja, an elegant and gracious woman despite being in her 80s, still keeps a contact with the Trump family, especially with his older sister Maryanne. Through her, ESSAD managed to establish a contact with the prospective president himself and during the course of February, convinced him to become an Estonian e-resident. There are rumours that the former Republican presidential candidate, senator John McCain, also played a role, making clear to Trump that using name ‘Estonia’ in a campaign is a blessing, rather than curse. McCain, who has visited Estonia on numerous times and knows the country well, agreed to help because he is also committed to keep Trump as far from Putin as possible.

One of the selling arguments to Trump was that if he receives a travel and business ban in the United Kingdom (where he has invested millions of pounds mainly in exclusive golf courses in Scotland, where his late mother originated from) due to his offensive comments about Muslims, he could set up a golf course in the Estonian island of Saaremaa instead – and Estonian e-residency could help him to conduct all the necessary business affairs not just there, but in the entire European Union, without a need to set a foot here. Apparently, he liked the idea. 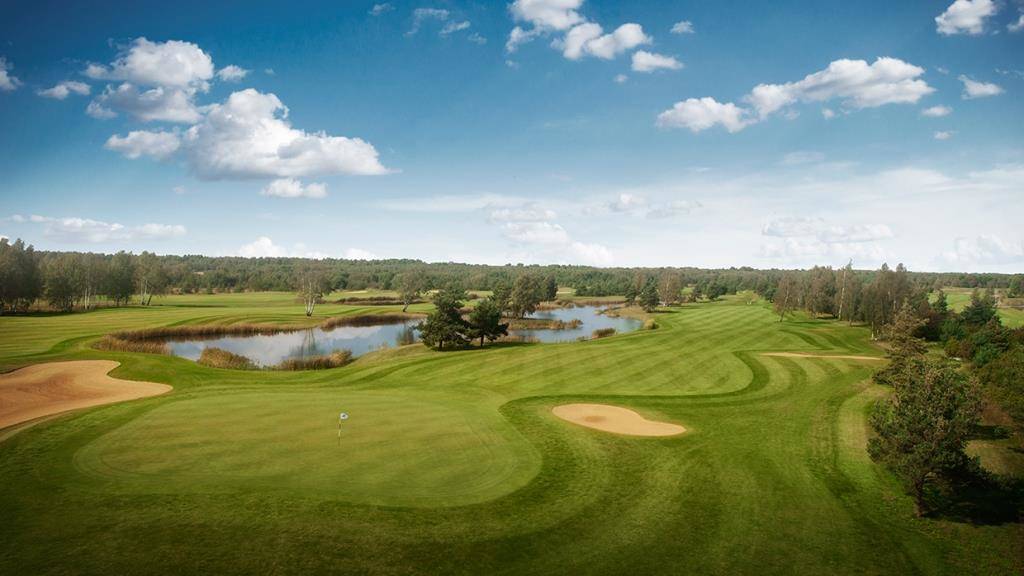 From the Estonian point of view, any high profile international politician who becomes an e-resident, doubles also as a sort of security guarantee for the country – should for example, Vladimir Putin get struck down with dementia and forget that the Soviet Union dissolved in 1991 – then Trump as a proud Estonian e-resident, wishing to protect his assets, would hopefully remind his Russian counterpart that Estonia is an independent country and its Russian minority does not need Volodya’s “protection”.

Estonian World contacted Maiu Hoiataja early this week and she agreed to share some of her memories of young Trump. “I was a young and attractive girl, who had just arrived to New York as an Estonian refugee in the early 50s,” she recalled. “I was studying at a medical school in Woodhaven, when on one day a gentleman, who later turned out to be Trump’s dad Fred, came by to recruit a nanny for his son. And he chose me, after stating that ‘young Donald needs an attractive and smart lady to look after him’”. 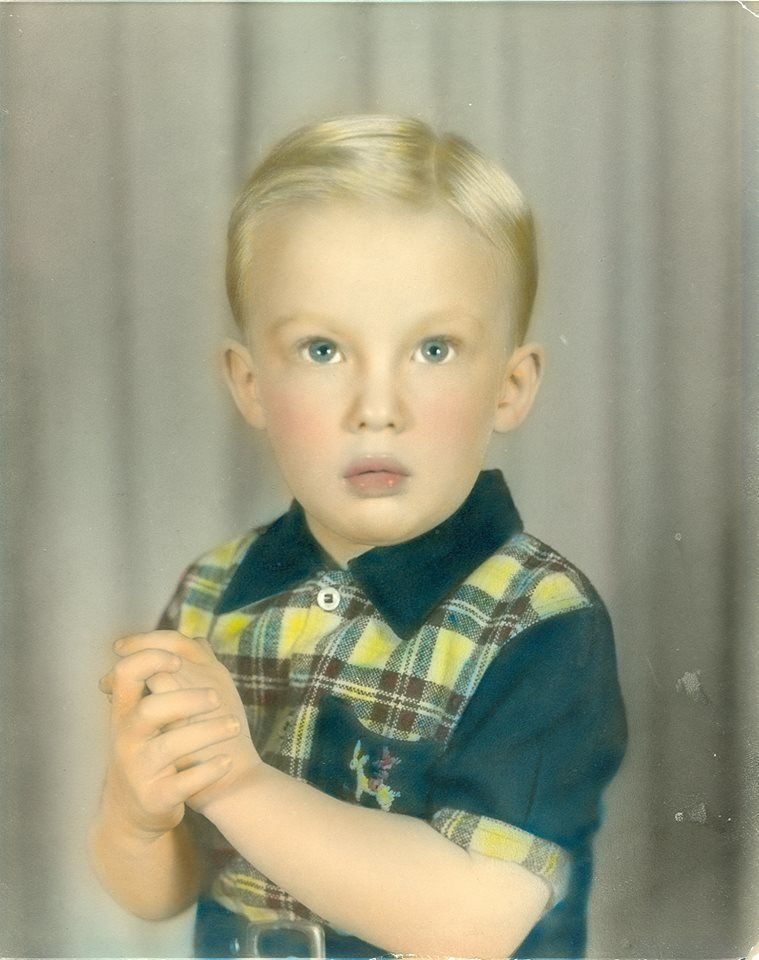 According to Hoiataja, the young Donald was a restless boy, but didn’t resemble anything like a sort of hate-figure he has become during the presidential campaign. “This is a town with different races, religions, and peoples. It breeds tolerance. Donald played soccer on a team dominated by boys from Latin America, so it is weird to hear all this nonsense about bad Mexicans now,” she told us, while expressing hope that should her former protege become elected to the White House, he would take her to visit Estonia on an official visit together. Hoiataja also appeared to calm down fears about a bombastic Trump, emphasising that the businessman is far more intelligent than he seems.

After many unsuccessful attempts, Estonian World finally managed to get in touch with Mr Trump, and got few minutes to talk to him via Skype early this week, while he was taking a break from his campaign in New York.

“I hope they said good things about me, huh? Because people love me. Everybody loves me,” the Republican front-runner told us.

After establishing that we called from Estonia, where the cold weather was still biting, Trump recommended that the solution for a better climate is on the way.

“It’s freezing and snowing in New York, just like in Estonia – we need global warming!”

Discussing the Estonian e-residency, Trump said he liked it, because he “likes big ideas”. “I don’t like losers. If you’re going to be thinking, you may as well think big. So I like it. I like it. It is not ripping us off like China or Japan or Mexico,” he reiterated.

“I may even scrap my idea of building a great wall between the US and Mexico, even though nobody builds walls better than me, believe me. But I may introduce an American e-residency with the help of Estonians and let Mexicans become e-residents instead. This will save us the cost of building the wall. But I will still make Mexico pay for that e-residency. Mark my words.”

* Please note that this story was an April Fools’ Day joke. Cover: Donald Trump after speaking to Estonian World via Skype.