This week Manu Sporny, the CEO of a US-based company called Digital Bazaar, became the 10,000th e-resident of Estonia after picking up his e-resident’s card from the country’s embassy in Washington, DC.

Although he’s never physically visited Estonia, Sporny has followed the country’s e-residency initiative, which aims to build a borderless digital society, since the program started. 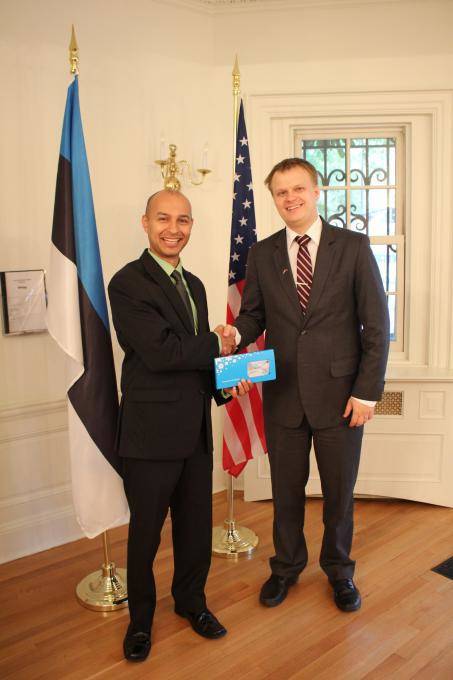 “I was originally interested in e-residency from a business perspective,” Sporny said. “I’m the CEO of a digital payments and identity company in the US and we were looking for ways to establish a business presence in Europe. We had known about Estonia’s internationally acclaimed work in digital online identity for some time and thought it was the natural place for an international payments and identity company to pick as its European headquarters.”

Kaspar Korjus, the director of the e-residency programme, added that the 10,000 e-residents are a “group of bright individuals who have also invested their time and knowledge to become the pioneers of our service while learning to adapt in our business environment”.

It took about 18 months from the e-residency programme’s alpha launch in December 2014 for Estonia to reach 10,000 e-residents. The programme ambitiously aims to reach 10 million virtual residents by 2025. So far applications have arrived from 129 countries. Finland tops the charts; nearly 20% of e-residents are Finnish. Russia, the US and Ukraine follow.