Physicists at the University of Tartu are working on an artificial nose, based on graphene – in just a couple of years, all of us might have sensors in our cellphones, helping us evaluate air pollution levels and choose routes with clearer air.

Just imagine the following situation: you are drinking your first coffee of the morning and your coffee cup informs you that it would be wiser to work at home today. Or, if your presence at your workplace is really needed, then commute using a much longer path. The path is simultaneously projected on your kitchen wall. The warning was issued because of a prediction about bad air outside in the next few hours, and the fact that during the last month you were exposed to an unusually large amount of polluted air. Such a personal air pollution dosage could be determined if our portable smart devices included sensors for polluting gases and small particles in the air.

Raivo Jaaniso, the leader of the sensor technologies work group at the Institute of Physics at the University of Tartu, says that as a part of the major European Union project Graphene Flagship, he and his colleagues have set an aim to develop a graphene-based sensor chip of that nature.

Their first goal is building a “nose” that could observe the quality of air. According to Jaaniso, a senior researcher of material sciences and applied physics, the really thin layer of graphene is like white paper that the scientist can write on. “Graphene is a carbon-based material with basically the thickness of one atom. One could imagine graphene by visualising a honeycomb with carbon atoms at each corner of the hexagons. Everybody has probably made some graphene by drawing lines with a pencil – it is what stays on the paper from a graphite core.”

Graphene is an ideal base material for building chemical sensors: when the molecules from the surrounding air are attached to graphene, its electrical properties abruptly change, which is easy to detect. However, such sensors can be made highly sensitive and selective only by “writing” on graphene with various functional groups or molecules. These “bound-up” additional molecules turn usual graphene layers into delicate sensors that could detect a variety of compounds in the air – from the exhaust gases of vehicles to poisonous ammonia. 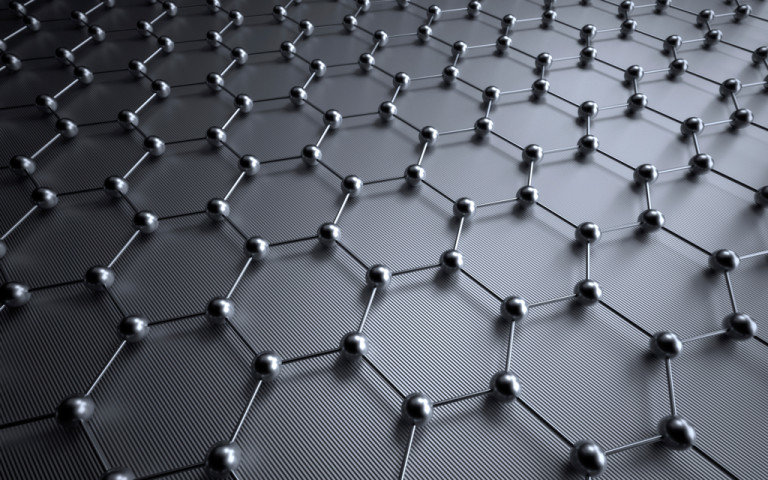 Over a hundred partners in total, both universities and companies, participate in the multidisciplinary and long-term Graphene Flagship project, the final goal being new products and services. Graphene is such a universal material that there are no limits to the different ways of using it.

“Air pollution causes severe health hazards. People would be much more aware of it, as well as able to see the quality of air in the place they are located, if our portable smart devices could evaluate it,” Jaaniso said.

Ideally, a one-square-millimetre-wide sensor in phones, based on graphene, could measure toxic compounds in the air in real time. Further developments on the sensor would include apps helping us choose healthier daily routes. That’s what the material scientists are already working on in their lab.

The prototype of a sensor that responds to exhaust gases from a vehicle, such as NO2, has already been produced and is available in the lab. Recently, a research paper on successes in producing ammonia sensors with a similar technology was published. However, it might still take a couple of years until a tool/app suitable for users is fully developed. 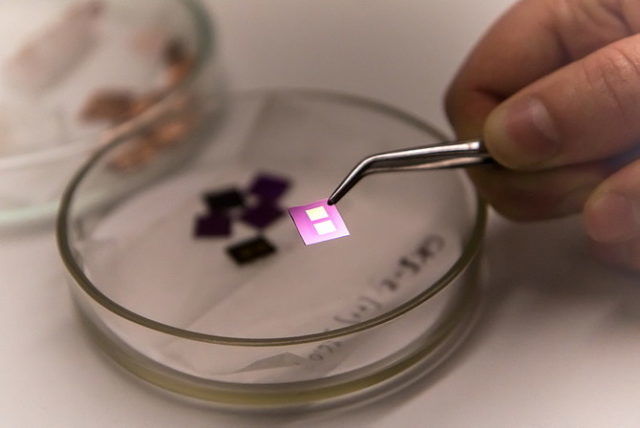 Keeping an eye on the environment surrounding the person and warning against (outside) air is far from being the only possible use for the electronic nose. This technology potentially allows to evaluate compounds originating from a person’s breath or the surface of his or her skin, which could then lead to discoveries about the person’s health. The possibility for constant monitoring and sidestepping time-consuming or invasive procedures could lead to important breakthroughs in medical diagnostics.

Being constantly observed by a smart device, illnesses could be detected very early. In effect, we would continuously go through periodic screenings, the frequency and scope of which depend on the complexity of the artificial nose.

Warning against injuries and excessive work

There would be other applications as well. A smart-device nose could warn us if we start to injure ourselves by working too much or just detect a certain person by his or her smell. In addition to all of this, there are already pilot studies made attempting to detect the early stages of cancer. It must be stressed that these are initial lab experiments. There may be many more compounds (probably a hundred times more than in the case of air pollution) that need to be detected for cancer diagnosis. This requires a complicated electronic nose able to process/analyse a relatively large number of elements.

The parameters of artificial noses existing thus far (the number of sensitive elements, their sensitivity, stability, cost and size) are not nearly sufficient for real medical use or point-of-care testing using a smart device. Still, such a nose could potentially fit in a small, portable device – the great future challenge for nano- and microsensor developers.

This article was originally published in the University of Tartu blog. Cover: graphene structure (the image is illustrative.)

Randel Kreitsberg is a senior specialist for science communication at the University of Tartu and an author at ERR Novaator, the science portal of Estonian Public Broadcasting (published in Estonian.)