Physicists at the University of Tartu have developed a sensor that can be integrated into mobile phones and will actively monitor toxic substances in the air and alert people about them.

The physicists have been working on the graphene-based sensor for the past five years. According to a statement by the University of Tartu, the sensor is to be integrated into mobile phones and it will actively monitor toxic substances in the ambient air and recommend to the person carrying the phone to choose a safer route.

The prototype was introduced to mobile phone manufacturers at the World Mobile Congress, held from 25-28 February in Barcelona, Spain, the university said.

The need for investment is increasing

“Whereas earlier we were only able to test it in the laboratory, now we have the chance to test the technology in the real environment – outdoors,” Raivo Jaaniso, a senior research fellow at the University of Tartu, said in a statement. “There’s still a long way to go, and since we’re getting closer to our goal, the need for investment is increasing quite a lot.” 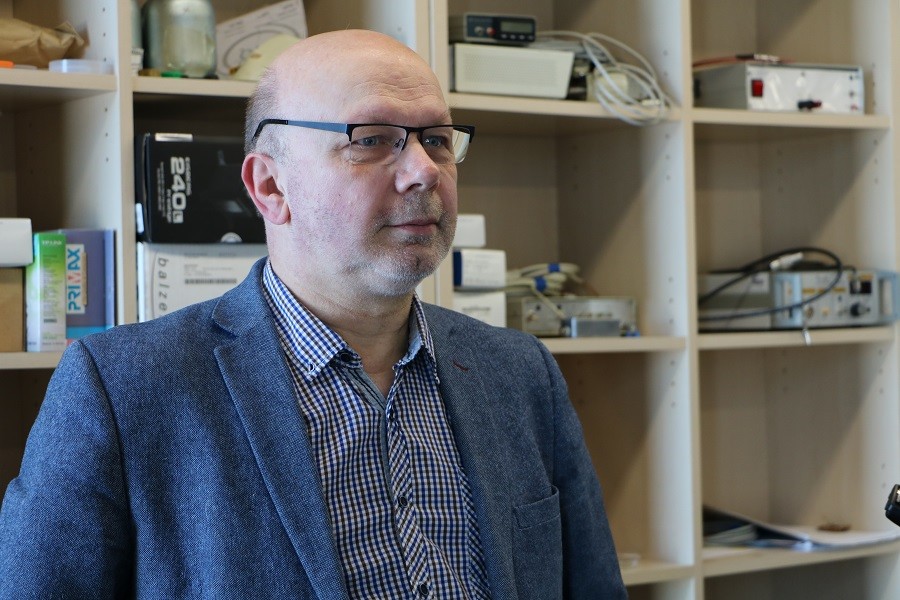 “Our next goal is to make a new prototype in which everything’s considerably smaller and from which it’ll be just one more step to the finished product,” Jaaniso added. Among other things, the sensor’s long-term stability still needs to be thoroughly tested. According to Jaaniso, 30-40 people should test the device in daily use during the pilot project.

Part of a pan-European research partnership

The sensor differs from others available on the market in terms of its sensitivity, the university said, adding it also works successfully outside when the concentration of toxic substances is low, warning the person carrying it against, for example, vehicle exhaust emissions. “It works in more or less the same way as the human nose,” Jaaniso claimed.

The project occurs within the framework of the pan-European research partnership project “Graphene Flagship”. With a budget of €1 billion, the project aims to develop graphene-based future technology solutions and brings together researchers from 23 countries. Besides the sensor, the Estonians are working on touch screens, superbatteries, smart clothes and 5G internet hardware are also being developed.

Cover: The graphene-based sensor, developed by the University of Tartu (photo by Randel Kreitsberg).