ESTCube-1, Estonia’s first satellite, took images of such excellent quality that the Tartu-based researchers are getting their first orders from the space industry.

Estonia conducted its first space mission in April 2013, when a tiny one-kilogramme satellite, called ESTCube-1, was rocketed off to orbit the Earth from the European Space Agency’s launch site in French Guyana. ESTCube travelled 680 kilometres (423 miles) from Earth, where it tested solar sail technology, which the scientists believe may allow space travellers one day to move faster and across greater distances. 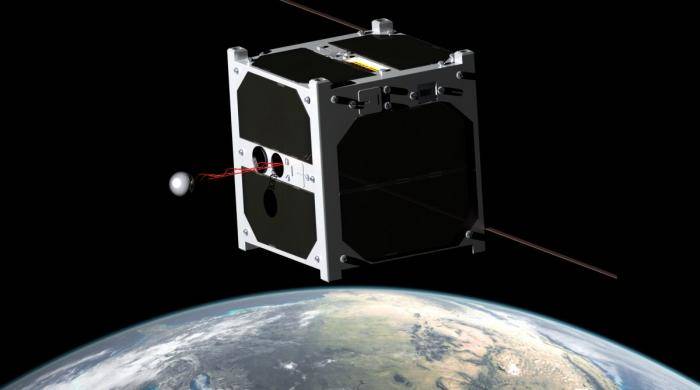 Around 100 students and scientists contributed to creation of the satellite, which was nearly six years in the making. Developed in cooperation with the University of Tartu, the Tartu Observatory and other research institutions, the project yielded 29 bachelor’s and 19 master’s dissertations, five doctoral theses, four start-ups, and was the basis of 17 research articles, as well as 53 presentations.

The European Space Agency is using an Estonian-developed camera

Now, a year and half after ESTCube-1 successfully reached the end of its mission, just over two years in space, another practical result is expected to come out of it. The experts say the satellite’s camera took images of such excellent quality that it will prove valuable for the space industry. Accordingly, in January 2017, the first custom-made space camera, using the Estonian technology, will be mounted to the students’ satellite of the European Space Agency.

The vice rector for academic affairs at the University of Tartu and the initiator of the ESTCube project, Mart Noorma, views it as a long-awaited opportunity for the development of space technology. “We see it as a chance for entrepreneurship. The European Space Agency needed a high-quality photo camera system for the new satellite and finally only two workgroups remained in their selection from all over Europe, including us.”

A business incubation centre in Tartu

According to Andris Slavinskis, the head of the space technology department of the Tartu Observatory, the next step is to establish a company and its first developments are cameras suitable for CubeSats (miniaturised satellites) similar to ESTCube.

There are already steps taken to support such an ecosystem – at the sTARTUp Day conference held in Tartu on 9 December, the European Space Agency announced its next business incubation centre will be established in Tartu – aimed at entrepreneurs with innovative ideas for using space technologies or developing applications, to create new products and services in a non-space environment. When developing space cameras and other similar technologies, this gives a chance to get support and find contacts here in Estonia.

“Every cube satellite wants an onboard camera because that will give evidence of them having been out in space. At the moment, we are in the process of signing our first contract for building a camera, although we haven’t even advertised it,” Slavinskis told the University of Tartu news outlet. According to the experts behind the ESTCube project, a small onboard camera suitable for satellite costs approximately €10,000.

Meanwhile, the ESTCube team is currently working on the orbiting of the renewed ESTCube-2 in 2018, and launching of ESTCube-3 to the Moon’s orbit in future.