The energetic chap sitting opposite me is wearing an informal t-shirt and scans his eyes rather quickly through the pages of local weekly newspaper in front of him. By the look, age and dress code he’s fairly similar to Mark Zuckerberg. Like Zuckerberg, the young gent behind a coffee cup started his first technology ventures very young. Like Mr Facebook, he started his firm from basic facilities. But he’s not Mark – just not yet anyway.

His name is Kris Hiiemaa and he’s the founder and CEO of Erply, New York based enterprise software company focusing on retail and point-of-sale technology, helping companies deal with inventory control, bookkeeping, and other tasks, from their brick-and-mortar stores to online operations. And instead of basking under the Palo Alto sun, we are having a cup of coffee in a beautiful old café in Kadriorg, a leafy and picturesque part of Estonian capital Tallinn, stone throw away from residence of the tech savvy Estonian president, Toomas Hendrik Ilves.

Programmer Kris launched Erply in 2009, tapping away on laptops and answering customer calls at a first  Estonian Republic era private home in Tallinn, Estonia – slowly but determinedly building up a local customer base. The same year, when it became clear that more funds and advice were needed for the Erply to expand internationally, they decided to try their luck and take part in Seedcamp’s event in London. Seedcamp, which is a London based early-stage micro seed investment fund and mentoring programme, was founded in 2007 by Saul Klein (previously involved with Lovefilm and Skype) to help European entrepreneurs successfully build technology businesses.  Slightly unexpectedly for themselves, Erply team won the Seedcamp’s business ideas contest and secured their investment of 50,000 euros – the first Estonian, Baltics and Nordic start up to do so. It was not long after when a technology blog TechCrunch described Erply as “the Skype of business software.” Investment rounds followed in London and in the US, and in 2010 Erply secured a $2m investment from Silicon Valley based Redpoint Ventures and Swiss based Index Ventures. That allowed Erply to hire a team in London and Silicon Valley and market the service in Europe and the US.

Move to the US 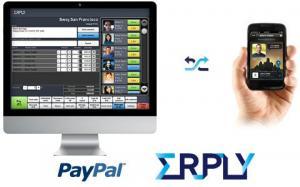 In 2010 they decided to relocate their offices and operations to US completely and have been based in New  York since. “It wasn’t easy to start in the US. We had to change a lot on our product and the retail business we are offering our software for, is actually pretty conservative and slow moving when it comes to new technology. ”, says Kris. “It’s not possible to conquer the world immediately with what we are doing. To gain a market share in Germany for example, we would need to hire German marketing and support specialists. Although the internet has got a global reach, it’s important to know the local conditions. That’s why we have so far been concentrating on the US, as the biggest market.” “When we first set our foot in the US, we had to compete with the likes of Microsoft, SAP and Oracle from the start – we couldn’t apologise that we are still a start-up firm and some of the functions on our software wouldn’t work yet – or that they only work for retail chains with 20 shops, not for example the ones with 100 shops. Luckily we had had an experience with few large retail chains in Estonia, that certainly helped” says Kris wryly.

Initially, Erply launched as a retail payment solution for small to medium sized businesses but have since expanded to bigger retailers and offer point of sale technology, inventory control, billing, business reporting, and custom barcodes. Their app gives retailers a quick overview of sold stock, as well as swift feedback about their customers. Additonally, Erply is cloud based, meaning that the retailer does not need to possess their own servers. Today Erply employs 35 people and has over 50,000 subscribers – from the 200 in 2009. Their biggest client in the US is a 500-store retail chain and their plan for future is…well, to expand. Their mentors include ex-president of Google and Seedcamp’s founder Saul Klein.

Kris as a senior startuper

Although running a barely 3 years old company, Kris himself is already seen as a potential mentor for start-ups in Estonia. He’s perfectly aware of the (well-deserved) positive hype which has started to surround Estonian (technology) start-ups in recent years. But he also thinks that there’s a long way to go for many to actually become successful companies in their own right on the international stage. “I have seen too many Estonian start-ups, including those taking part of Seedcamp, to stall at some point and not closing an investment deal for various reasons. Some of them think that their idea is so great that they deserve more than 50,000 euros (Seedcamp’s seed money) to start with, some of them are not keen to give away equity, some of them get sucked into pointless arguments about petty legal paragraphs with investors, scaring the potential investments away.” Kris is now getting more heated up: “My advice for fellow bustling entrepreneurs is this: try to close the deal and win your first seed money. Even if it’s just 50,000 euros, you can still do a bit with the money – but more importantly, it opens new doors and brings invaluable connections and therefore advice and experience, and may well lead you to secure substantial second round of investment, like happened with Erply. Do not waste too much of your energy and time contemplating, when a potential investor taps on your idea – before you know it, it has become an old idea and you’ve lost your chance!”