Milrem Robotics, a privately-owned Estonian defence solutions company, and MBDA, one of the leading missile manufacturers in the world, presented an anti-tank unmanned ground vehicle (UGV) in Abu Dhabi.

The two companies showcased the UGV – which the companies claim is the first of its kind in the world – at IDEX 2019 in Abu Dhabi, United Arab Emirates; it’s the main defence industry event in the region. The UGV’s debut comes eight months after Milrem Robotics and MBDA announced the start of feasibility studies of the system.

The joint project integrates the Milrem Robotics THeMIS unmanned ground vehicle with the MBDA attack combat turret system, fitted with two battlefield engagement missiles and a self-defence machine gun. The UGV is intended to be remotely operated – soldiers can deploy it while remaining at a safe distance and using a wireless or a tethered connection. “The system will have a low heat and noise signature so it can stay unnoticed until completing its mission,” Milrem Robotics said in a statement. 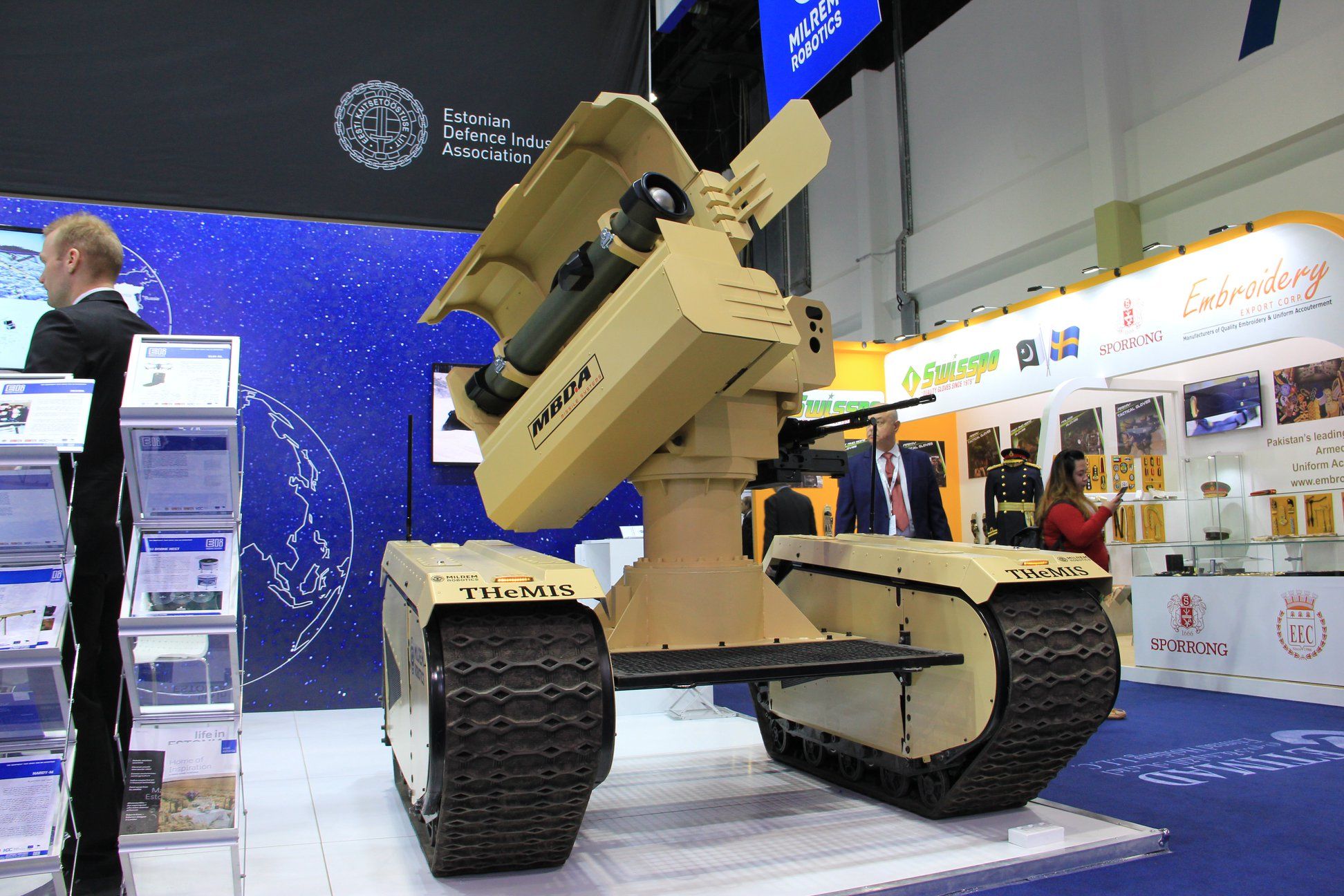 According to Kuldar Väärsi, the CEO of Milrem Robotics, the combination of the two technologies is an example “how robotic warfare systems will bring disruption to the battlefield and make some traditional technologies obsolete”.

“Our unmanned land combat system under study together with MBDA will be very efficient in keeping our troops safe and significantly increasing the capability to fight main battle tanks as well as any other ground target,” Väärsi said in a statement.

The THeMIS UGV was first unveiled by Milrem Robotics in 2015. It’s a fully modular diesel-electric unmanned ground vehicle that can operate up to ten hours with a full tank. It has a top speed of 22 km/h (13.7 mph) and can carry a payload of 750 kg (1,653 lbs). The UGV can be operated line of sight, via cameras or equipped with an autonomy kit for fully autonomous operation.

Milrem Robotics is an Estonian defence solutions provider, with a primary focus on the manufacture of unmanned ground vehicles and development of robotic warfare solutions.

MBDA, owned by Airbus (France, Germany, Spain), BAE Systems (UK) and Leonardo (Italy), is one of the leading manufacturers of missiles and missile systems in the world.

Cover: An anti-tank UGV developed by Milrem and MBDA.