E-stonia is running short of IT specialists, the demand for them is skyrocketing, and no miracle solution seems to come to anyone’s mind, except maybe for girl power. Women make up half of Estonia’s labour force, but only every fifth employee in the country’s information technology industry is female. How to develop this hugely needed potential and start closing the gender gap? *

This article was first published by UT Blog.

To get some feasible answers and directions, Skype Estonia teamed up with the University of Tartu’s faculty of economics to explore women’s role and potential in Estonia’s information and communication technology (ICT) sector. Researchers Eneli Kindsiko, Kulno Türk, and Mark Kantšukov surveyed approximately 300 high school students and about 100 IT students to gain an insight into their beliefs, motivation, and choices. In addition, the researchers conducted in-depth interviews with 18 female students, employees, and leaders in the ICT sector.

So what is keeping Estonian girls and women from choosing studies and careers in IT? To no one’s surprise, our choices are guided by cultural beliefs and gender-specific stereotypes. The researchers identified six wide-spread myths that keep IT out of the girls’ lists of dream careers.

IT is for long-haired geeks

“A guy with a ponytail” (in Estonian: ‘patsiga poiss‘) is still a strong stereotype of an IT person in Estonia. If ten years ago it could have been almost true, those times are long gone. Even if you happen to be that kind of introverted anti-social guy who spends all of his lonely time in a dark corner behind a computer, that’s a sure disadvantage.

Current ICT students and employees point out that social skills and openness, perhaps more typically associated with being a woman, are highly valued and sought for in these jobs. 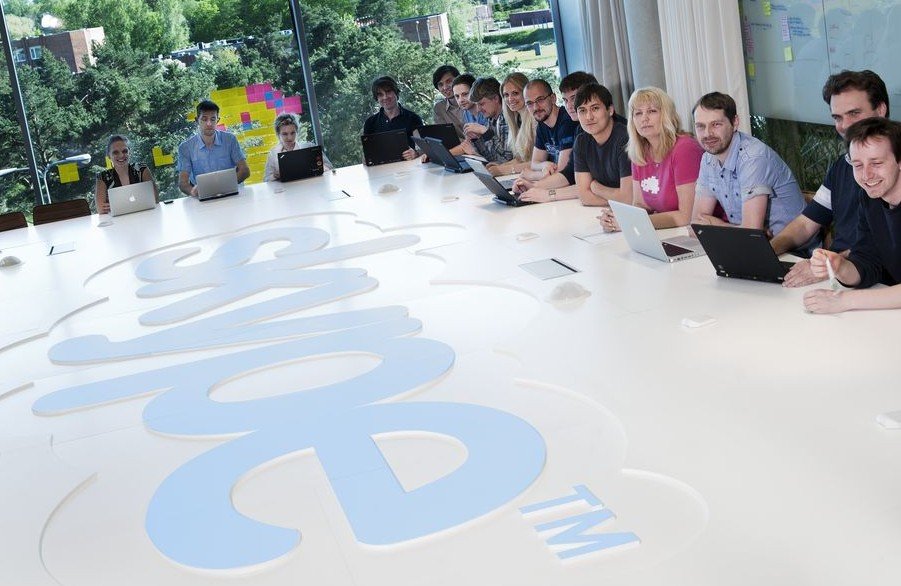 IT people are anti-social and geeky

Pretty much along the same lines, many high school students believe that people working in the ICT sector lack communication skills and aren’t particularly social. In fact, a lot of ICT companies in Estonia have enriched their working environment with ping-pong and pool tables, sauna, or the like, which, in fact, makes it rather difficult and untempting for someone to maintain their anti-social behaviour.

IT work = programming or fixing computers

Doris, who works as an IT team leader, remembers that, especially at the time of her studies, she always got requests to fix someone’s computer. Hardware wasn’t her focus, so she felt a bit uneasy. It’s like approaching a cardiologist and asking them to cure your leg.

IT is a diverse field that is not limited to coding or fixing hardware. Testers, system analysts, release managers, and project and team leaders are all in high demand. 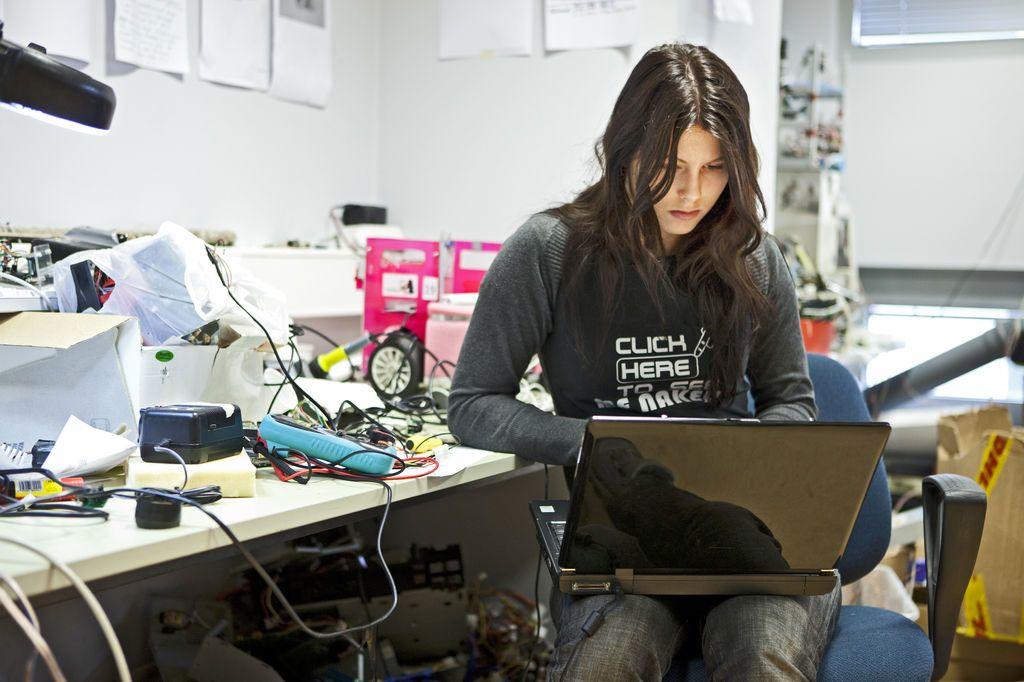 Fresh graduates who enter the IT business with little or no experience don’t grasp the big picture yet. It is not really just about coding something, but creating value for someone. The times are gone when a client would come and order what she wanted. She does not need to know such things. An IT company has to be able to understand the client’s business, define the client’s needs and provide an IT solution that would improve their business model. There is great demand for business technologists who understand both IT and business, and can connect them in meaningful and productive ways.

As for the maths, some positions in ICT indeed require a great deal of experimentation and trial and error, also needed to succeed in maths and sciences. The current education system, however, tends to reward girls for knowledge and correct solutions rather than for experimenting and dealing with challenges.

Many jobs in IT place high value on experience in other fields. You may have your primary expertise in health care or banking, and be exceptionally useful in related IT projects. 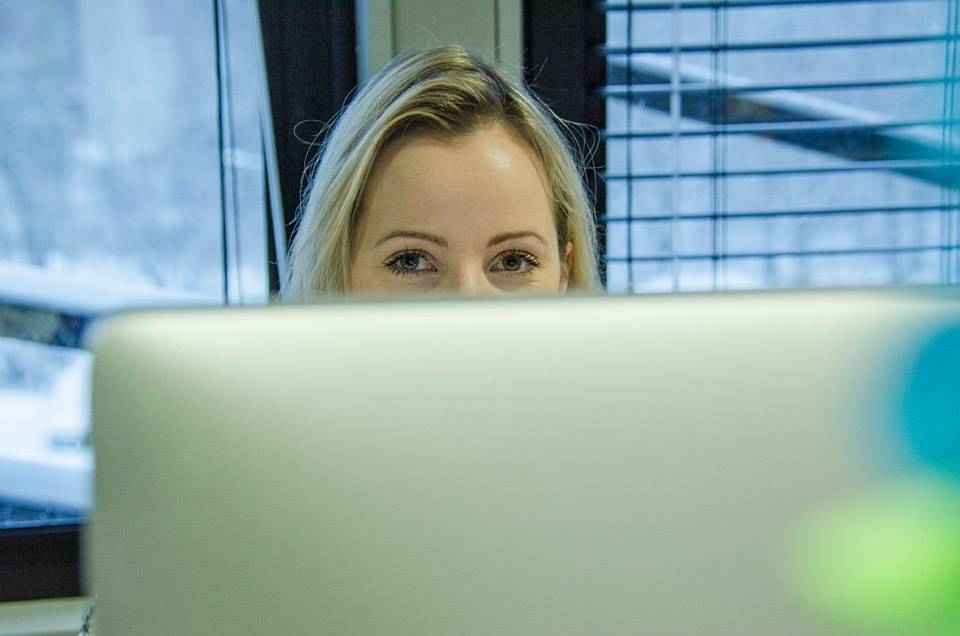 There are boys’ fields and girls’ fields

Kadri-Liis, who works as a software engineer, remembers when a classmate asked her about what she was going to study and the answer was IT, he laughed for a very long while and then asked: “Really?!”

How well women are represented in a field is very much guided by what is considered masculine and feminine in a given culture. The choice of a study field takes shape in school and depends on one’s attitude towards hard subjects like math, physics, and chemistry. This attitude in turn depends on what the school, parents, and the society expect from girls and boys. It has also been shown that boys tend to overestimate and girls underestimate their math skills, even when their skills are on the same level.

The gender pay gap, which is Europe’s highest in Estonia, also contributes to the problem.

Women have to “be helped” into IT

Katrin Loodus from TechSisters says that when they started in 2012 there was a need to show that ICT was not just for “guys with a ponytail”. Now there has been enough promotion of IT among girls, and doing more could be harmful.

Campaigns that are targeted at specific groups often have an unexpected reverse effect by picturing that group as being weaker and in need of aid. That’s why gender quotas may not work. Instead, girls and boys should get equal opportunities in school to get to know different disciplines and try them out. Also, it is viable for female ICT experts to get their fair part of representation in the media and elsewhere. Role models are extremely important for children in making career choices.

Looking at the share of women in the Estonian ICT sector, it is not much different from other countries. The question is rather how long IT companies in Estonia can afford to leave out a significant part of potential ICT specialists just because of some wide-spread myths and associated fears?

Cover: TechSisters in action (photo by FabianWeiss/courtesy of TechSisters). * This article was originally published on 25 August 2015; because the topic is still highly relevant, a lightly amended version was republished on 28 June 2018. Read also: New initiatives try to woo girls and young women into the ICT industry.

2 thoughts on “Six myths keeping Estonian girls out of IT”