In Startup Spotlight we zoom in on numerous Estonian startups, to find out more about their business model and how they operate. This time we’re featuring an early-stage startup by the name CashMatador.

The firm was initiated at Garage48 in Pärnu last October, where they received the Microsoft Special Nomination. We spoke with the company’s chief evangelist Uve Poom about the dilemmas and pitfalls of a budding enterprise.

I guess we should start with the latter. Me and cofounder Jaan Urb have worked a lot with fundraising and project management. And this has mostly been with EU grants that require some heavy lifting when it comes to financial reports.

We have both felt the frustration that comes along with financial management. How does a CEO know how much money is remaining in a project that is managed by someone else? Or how much should you struggle to estimate your cash position in two weeks?

This frustration is the source of our burning sensation.

How does your software address the problem?

We want to replace Excel and email or cloud file storage with a web application that a team can access at the same time. It’s all pretty straightforward from there – a place where you could create budgets, see how much is spent or remaining in your project, and create automated reports, including cash flow estimates. To be fair, we’re even surprised that there is no app for this is set of features. Some complicated accounting programmes and expensive Oracle platforms do the trick, but we have not found anything suitable for small organisations.

How has it worked out with a team that got together at Garage48?

First, Jaan and I had worked together before, but the rest of the team formed around the idea at Garage48. And I have to say we got really lucky. We found the optimal mix of two people with experience in the field, two developers and a designer. And not only did we form a team, but we clicked and stayed together. 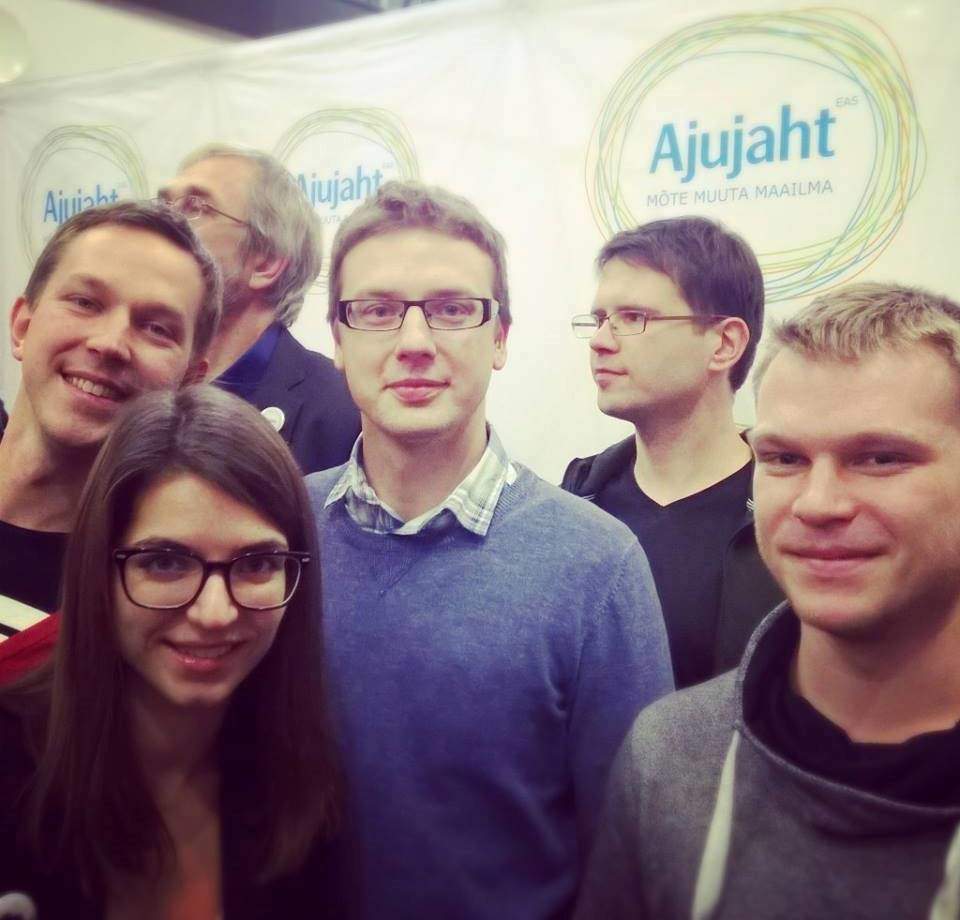 This should not be taken for granted – hackathons are not aimed at forming full teams off the bat, nor do all teams stay together even if they want to. Everybody develops a sense of ownership and many people expect a reward if the idea finds traction, even though their contribution may have been minimal or they don’t really fit in the team. Then there are creative differences, big egos, ugly fights over the shares, etc. So I would say the chances of staying together are much smaller than the opposite.

And if it’s not too much to ask – how did you divide the founders’ pie?

I won’t go into details, but the “how” is more interesting than the “how much” anyway. By now we’ve had the talk – the cofounders’ equivalent of the chat that defines where a couple wants to go with their relationship.

It’s an awkward chat because you’re dividing the skin of a bear you don’t even know exists yet, let alone it having been shot, to mutilate an Estonian proverb. And the talk is a bit tough because it requires evaluating the importance of each member’s contribution at a moment where very little is achieved. It’s highly necessary though to avoid arguments when there is actual money on the table.

We figured it out by the method of weighed averages. The relevant skills and commitment that everyone brings on board were taken into account in deciding how much each member gets.

How do you fund the business?

So far we’re bootstrapping, which means this is a side project for everybody. We are, however, looking to involve an investor and possibly start to sell our services to grant-makers to create early revenue. More money will buy us more time to build wings once we jump off the cliff.

What are the talks with investors like for an early stage company?

It’s an interesting test of a founder’s character. One should always remember that a small piece of a huge pie is worth much more than a big piece of a small pie. So you need to let go – let go of the concept that you should have it all, even if it’s your project. It’s a bit like Gollum craving the ring, which is not exactly his in the first place.

Having said that, you also need to strike a balance of how much equity (shares of the company) an investor should receive. This requires developing a certain understanding of financial and legal jargon to make sure that investors don’t pull the blanket to their side too much. And founders should also understand that investors can bring along experience and contacts. These could be worth at least as much as the cash that gets injected into your company.

What is the most valuable lesson you have learned from the past four months of starting up?

As part of our Ajujaht business contest seminars, it was said that “startuppery” is a bit like university – you have to be good in a broad set of subjects. I totally agree with that. But if there’s one thing I should point out, it’s that I have really started to appreciate how important it is to know your customers.

I have personally interviewed around 25 non-profits so far and each meeting (in)validates ideas and leads to new ones. Initially it was tough to go out there – as if your own idea in its initial form wasn’t good enough. That was my ego speaking though.

Running these kinds of customer development interviews is in what an aspiring founder should invest most time. That’s the best way of creating a vision that compels both the team and the investors, not to speak of the customers.