The latest winner of the „Estonia’s Best E-service“ contest is TransferWise, a provider of international payments and currency exchange services. The winner was announced at the information society conference. 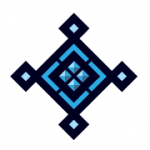 According to Katri Ristal, chairwoman of the jury of “Estonia’s Best E-Service” contest, TransferWise won both in the category of e-commerce and in the overall category. “TransferWise is a startup created by Taavet Hinrikus and Kristo Käärmann that enables to make international currency transactions without having to pay banks every single time a service fee or conversion fee,” said Ristal, adding that the service has large worldwide market.

TransferWise received the award in Tallinn from Peter A. Bruck, head of World Summit Awards, a worldwide contest of e-services, who also invited the winner to the international contest.

According to Katri Ristal, a total of 77 entries were submitted for the entry. She added that while the level of this year’s winners was very high, in some categories, such as in e-education and e-health, prizes were not awarded.

The objective of “Estonia’s Best E-service” contest was to introduce innovative e-services and e-solutions, as well as their customers and producers in the public, private and non-profit sector. Services and solutions could be submitted by service providers and by software developers who are involved in developing such services.