Riina Õun is a London-based leather glove and accessory designer who is making a name for herself in the global fashion industry.

From experimental to more classy work

Õun, originally from Tallinn, Estonia, has been living and working in London for nine years – and has worked as a freelance designer and manufacturer for the last five.

After graduating from the Estonian Academy of Arts as a leather accessory designer, she concentrated on footwear design.

Her work brought her to London when she was offered an internship at a footwear manufacturer founded by the British artisan, Caroline Groves. Õun is in touch with Groves to this day, and they occasionally work together on various projects.

Õun later continued with an internship at Una Burke, a leather accessory designer. “During the internships I learned a lot and it helped me get ideas for my own brand. I learned various new skills and made useful contacts,” she says.

When she first started out in the business, Õun was doing more experimental work under the brand name of Õun Design. However, as her branding skills advanced and the creative direction took a classier and more sophisticated path, she felt a need to start from scratch. “In London, nobody was able to pronounce my brand name, so I decided to build a new brand and that is how Riina O was born,” Õun comments.

Õun’s new label, Riina O, is a leather accessory brand specialising in luxurious handmade leather gloves, often featuring laser-cut decorative ornaments. In addition to the standard sizes, she also offers a made-to-measure service, which means meeting the client in person (or sometimes communicating long distance via e-mails) and measuring each finger to adjust the pattern to “fit like a glove”.

“My brand has used laser-cut technology in its collections for several years now, creating new patterns and designs every season. Luxury gloves are all crafted at a London studio and are rather timeless, not ‘expiring’ when the season is over, but being available for personal orders later on as well,” Õun says. 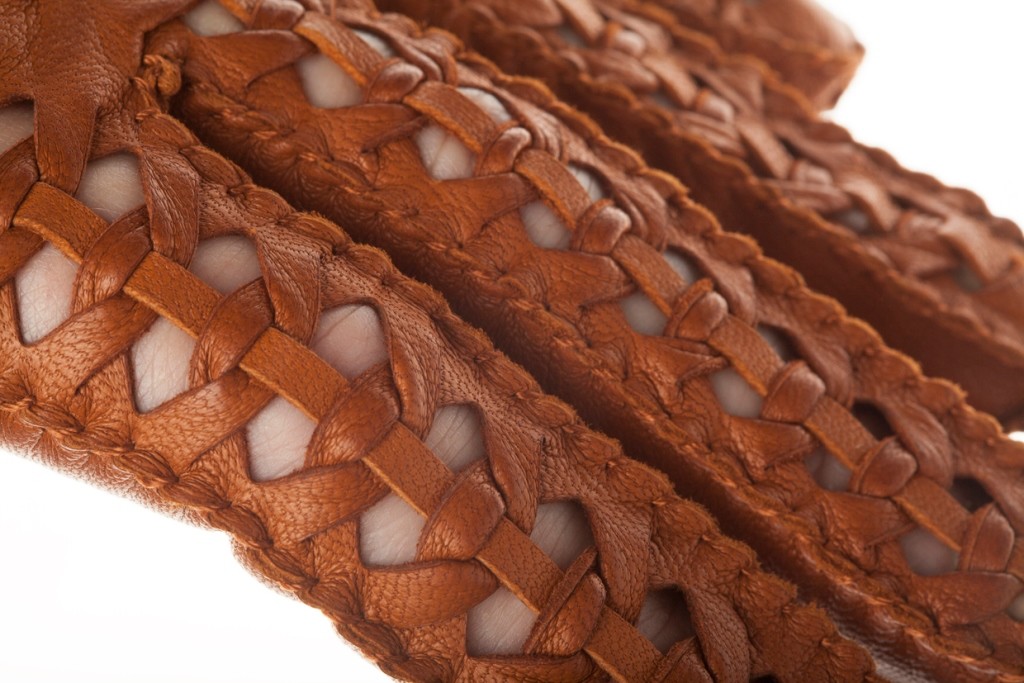 In 2016, Riina O added a new line, called “attainable luxury”, to its collections, offering more practical leather gloves for affordable prices, made at a factory in Europe. She thinks it is important to keep the production and material sourcing as local as possible, within the continent.

“Recently, my brand also started making reflective stickers you can attach to your clothes or bags to be more visible on dark evenings,” Õun mentions.

In addition to gloves and stickers, Riina O also offers leather bracelets made using waterjet cutting technology, which is quite unique, as it is commonly used for cutting large metal details for cars, tanks and airplanes. According to Õun, connecting traditional hand crafting with modern technological advantages lies at the core of her brand’s ethos. She has chosen to work with leather as a material because of its texture and possibilities. 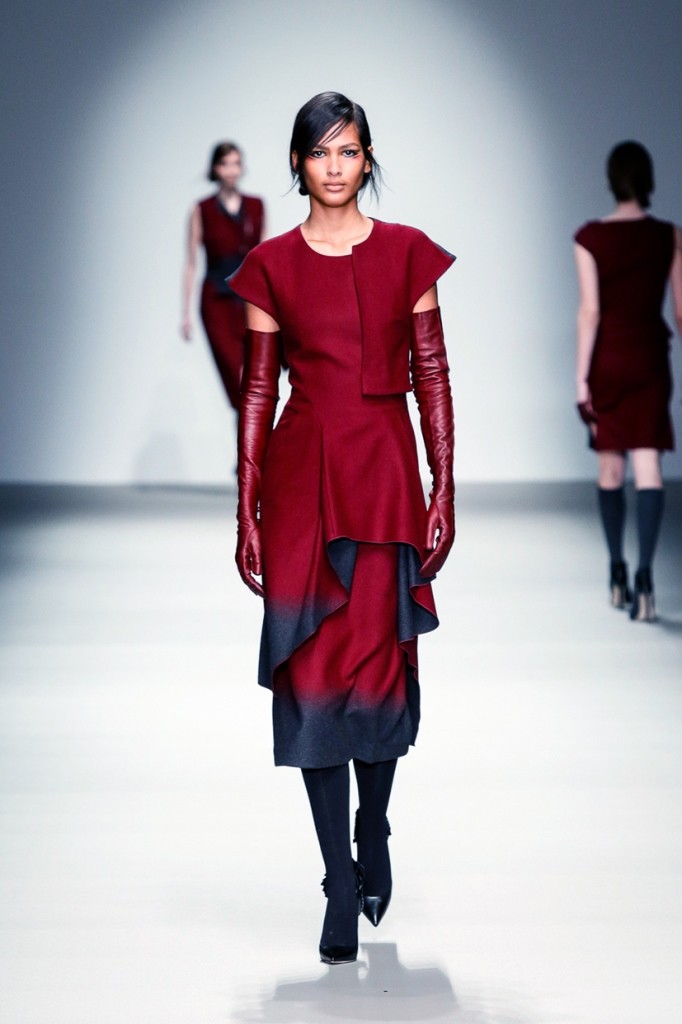 Talking about creativity, Õun says she is familiar with the latest fashion trends and derives inspiration from various subjects. “I am finding inspiration from nature, architecture, movies, historic styles and new material trends.”

She is happy that her work has been noticed in a very competitive industry – Riina O gloves have appeared on the pages of fashion and lifestyle magazines such as Love, Elléments and Phoenix; they have been shown in Vogue shoots in Beijing and New York. The gloves have also been featured in show collaborations at London Fashion Week and elsewhere with various fashion designers.

Õun’s ambition doesn’t stop there – her role models are several fashion industry icons, such as designers Alexander McQueen, Vivienne Westwood or Hussein Chalayan. “When I am older, I would like to be such a cool lady like Vivienne Westwood is in her age now.”

These days, Õun is one of the few handmade glove specialists in London, which means there is not much competition left in her artistry. That’s partly because of the craft of hand stitching gloves is so laborious – mechanisation of the production process has taken over. 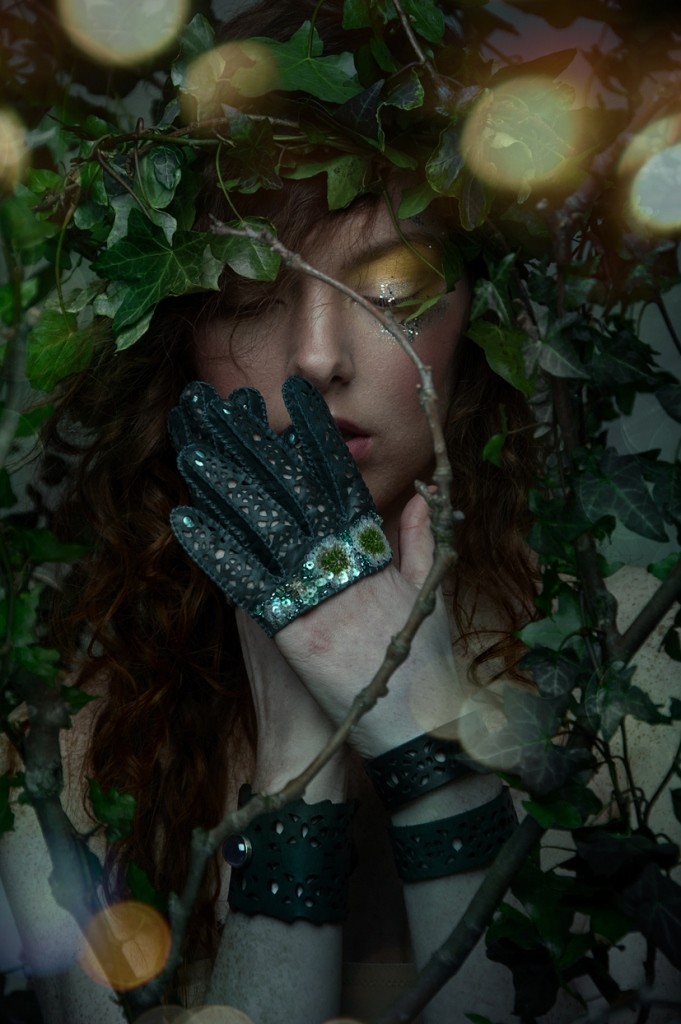 However, Õun has no plans to be the last woman standing in her expertise. “I have a mission to spread the skill and planning to introduce workshops to carry on the craft techniques, continuing the tradition of hand making gloves,” she says.

Talking about living in London, she thinks the city flows at the same pace with her. Despite being a rather intense and busy place to live, it is a cultural mecca with enormous opportunities. She feels that working in London has taken her creativity to a new level.

“I would like to continue to introduce my work to the wider audience. It has been a challenging journey to develop my own brand and make it successful, but it is important to never give up and go after your dreams,” Õun says.